Around 1,700 runners booked their place at this year's Telford 10k race.

They braved the wind and cold to descend onTelford Town Park for the 35th Telford 10k Road Race organised by Telford Athletic Club.

Split into three staggered events the day kicked off with the 10.30am race for male runners who can run faster than 40 minutes, the second race at 11.10am for women faster 40 minutes, plus some later male entries and the third a mass race at 11.45 for runners who expect to get over 40 minutes. 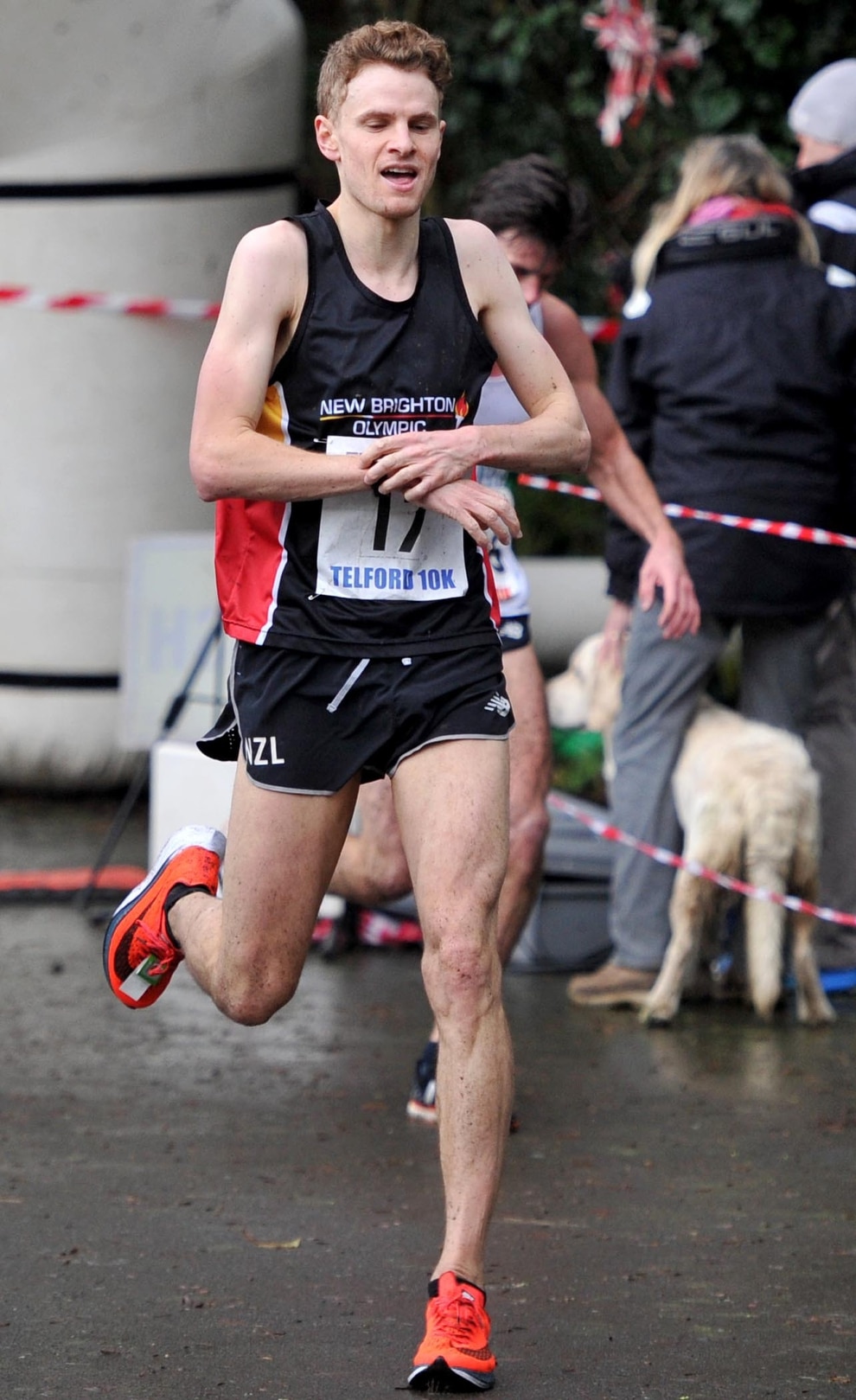 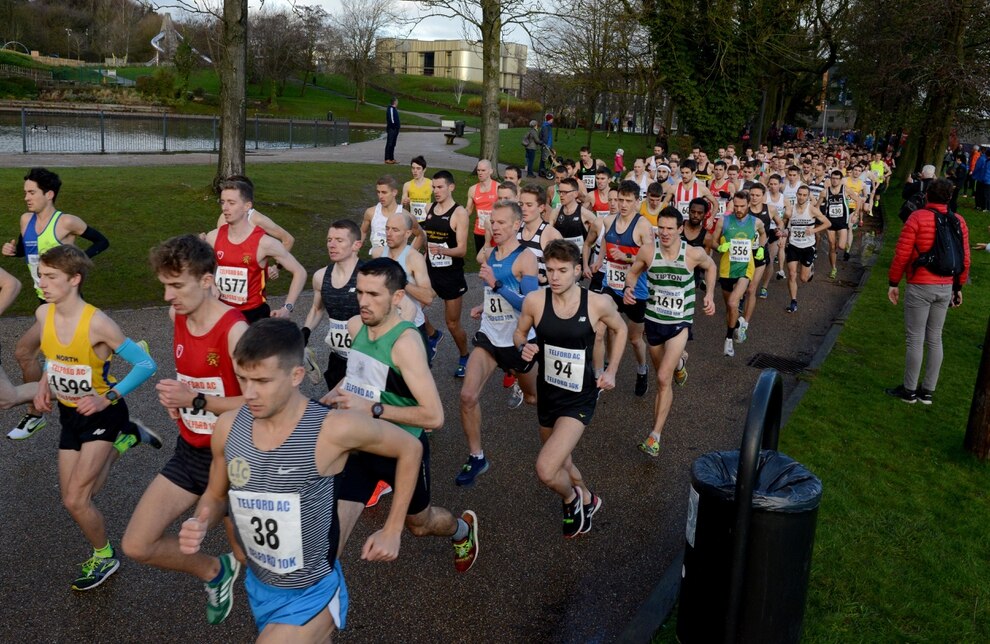 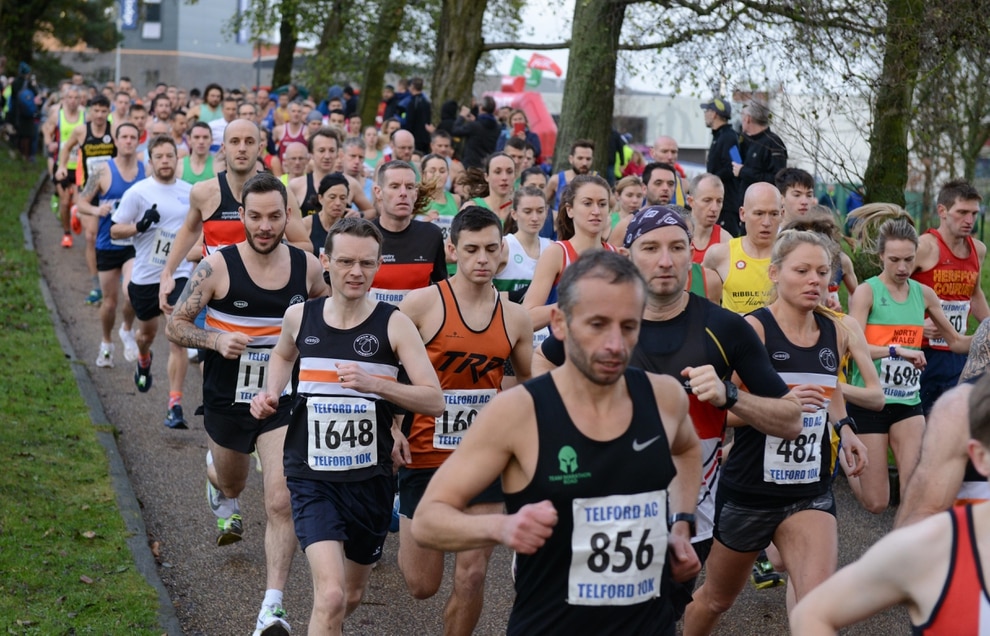 The start of the second race the mixed men and women 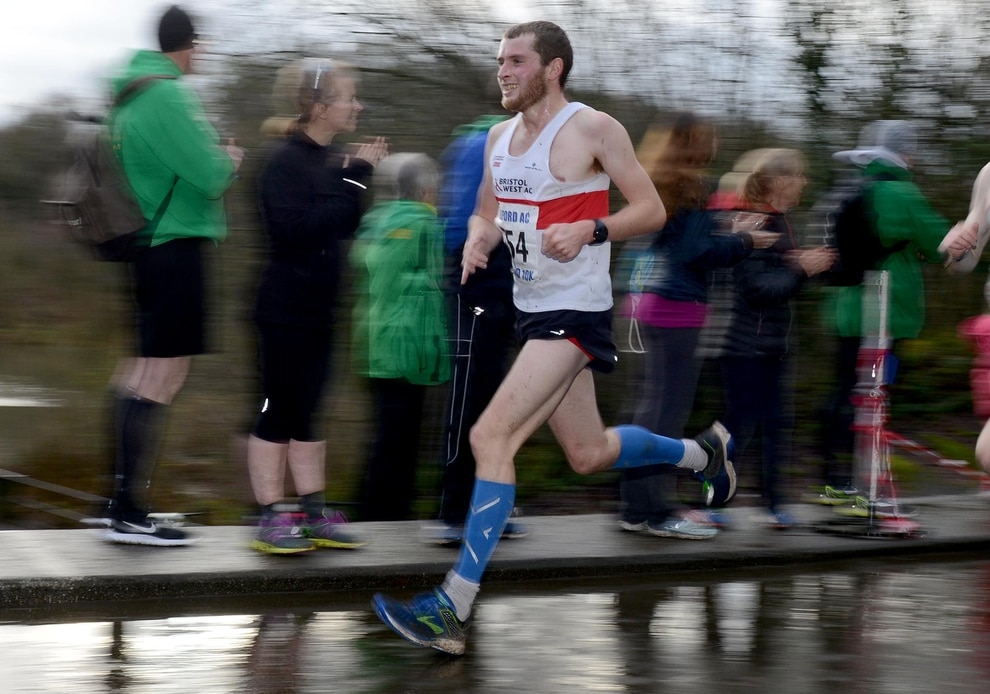 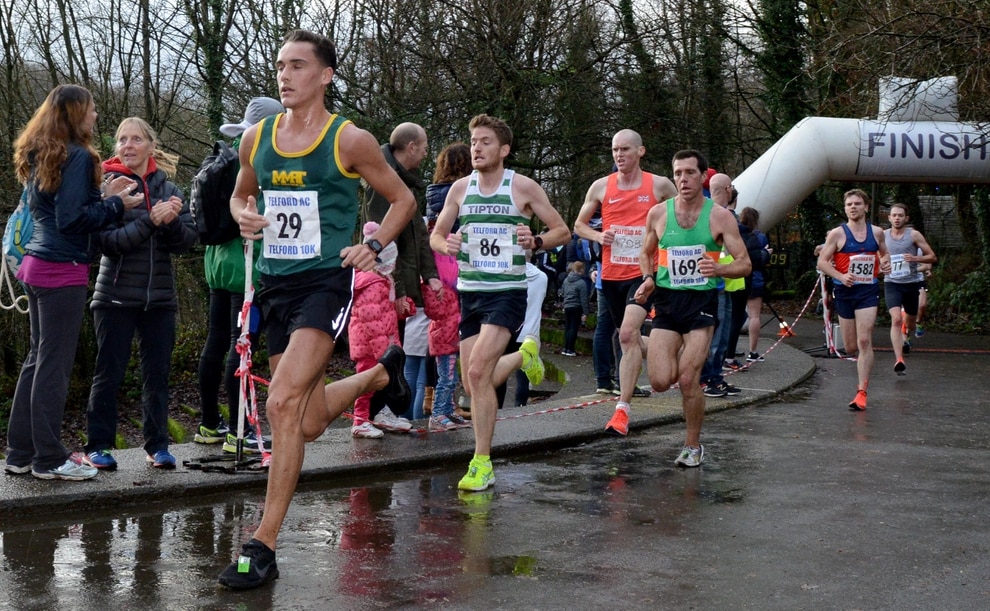 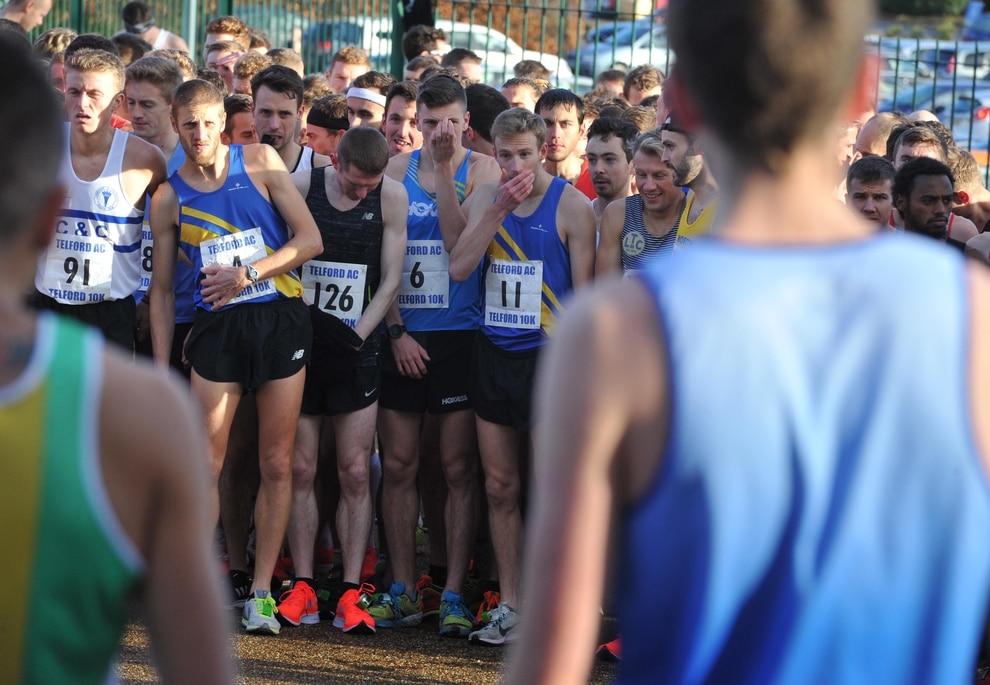 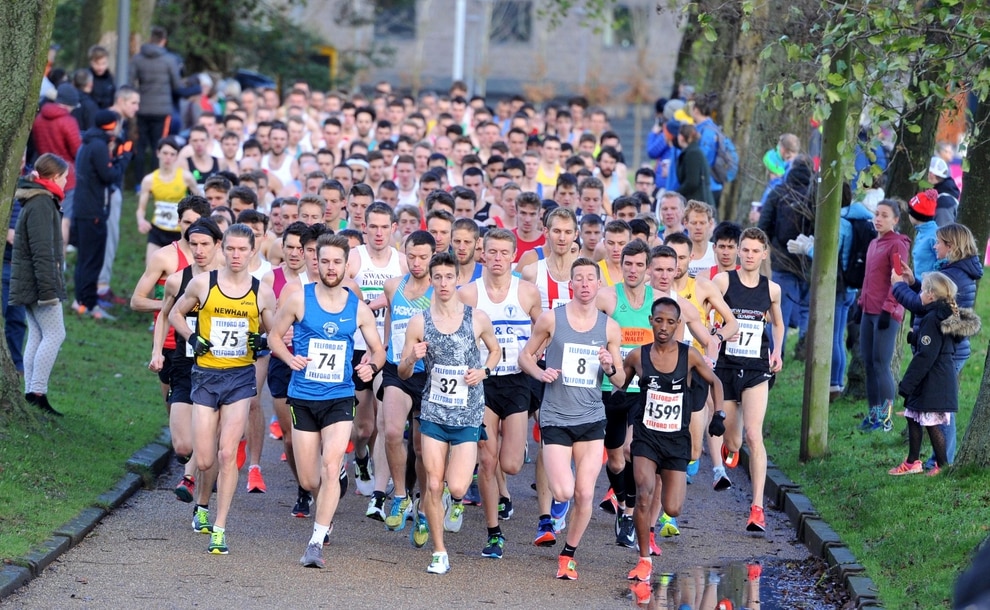 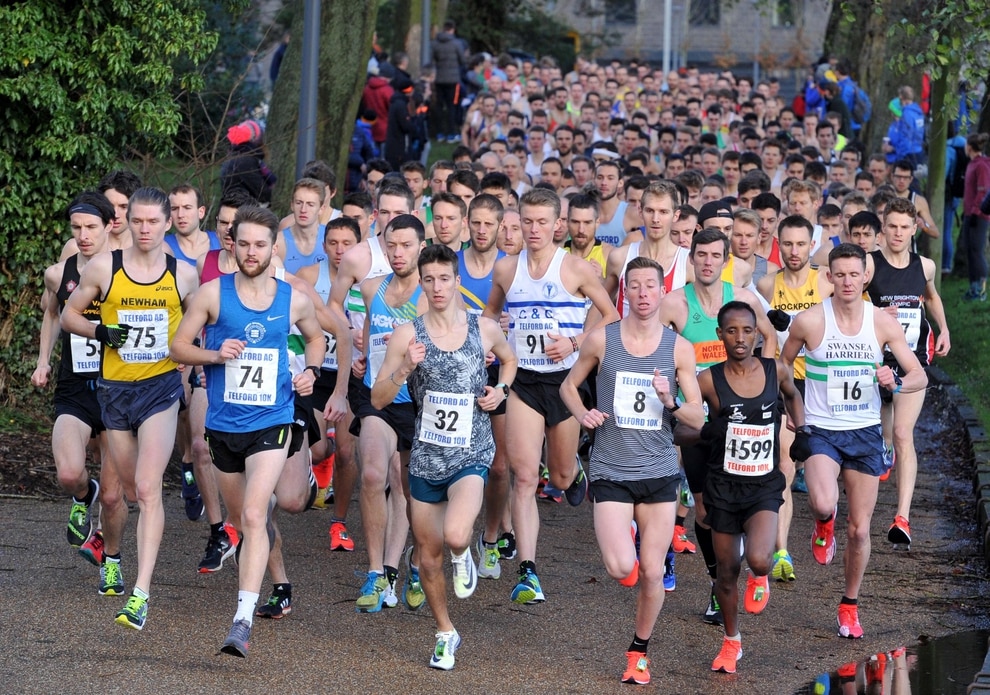 Participants came from home and abroad for the race.

The winner of the men's faster race was Callum Moody, of New Zealand, and the women's was Emily Husker, of Aldershot.

Race organiser Dave Mansbridge said: "The event has gone really well, run in a good atmosphere. We would like to thank all the runners for supporting it."

Among them were David Martin, 43, and Callum McGarrie, 28, of Chase Harriers, in Cannock, who were taking part for the first time.

Mr Martin, a team leader, of Cooke Way, in Cannock, said: "I'm here because I heard that this is a quick race and I want to challenge myself. I'm looking to run under 40 minutes today."

Mr McGarrie, a network engineer, of Newhall Street, Cannock, said: "I've come to get a personal best time and break 40 minutes which is my best time which I got in Fradley 10 years ago.

"Since then I've had a long break and now I'm back running again and I'm enjoying it."

Menchie Edwards, 61, a clerk, of German Drive, Horsehay, joined Telford Harriers after taking up the sport in 2015.

"I work at Ricoh and and we had a fitness promotion and a 5k coach so I tried that. I had never been active before that, and I haven't looked back since.

"I only started racing last year. I did the Liverpool half-marathon in 2 hours 33 mins last year and I'm hoping to do the 10k in 1 hour 6mins today."

Jake Milovsorov and Matt Wooden, both of Ellesmere Road, in Shrewsbury, are members of the town's athletic club and were hoping to complete the race in under 40 minutes.

Mr Milovsorov, 30, a marketing officer, said: "I'm quite looking forward to it. it's a quick race and my personal best course - which is 36 mins 20 secs and I would like to chip some off that time."

While Mr Wooden, 28, an IT consultant said: "I've been running for three years. I do a lot of travelling for work and I wanted to keep the weight off and get fit. I'd like to beat my personal best of 36 mins 15 secs."