Luxury home a snip at £3m

Boasting a private 3D cinema, a gym and a lake, a sprawling Staffordshire mansion is now on the property market for £3 million. Liza Radley reports 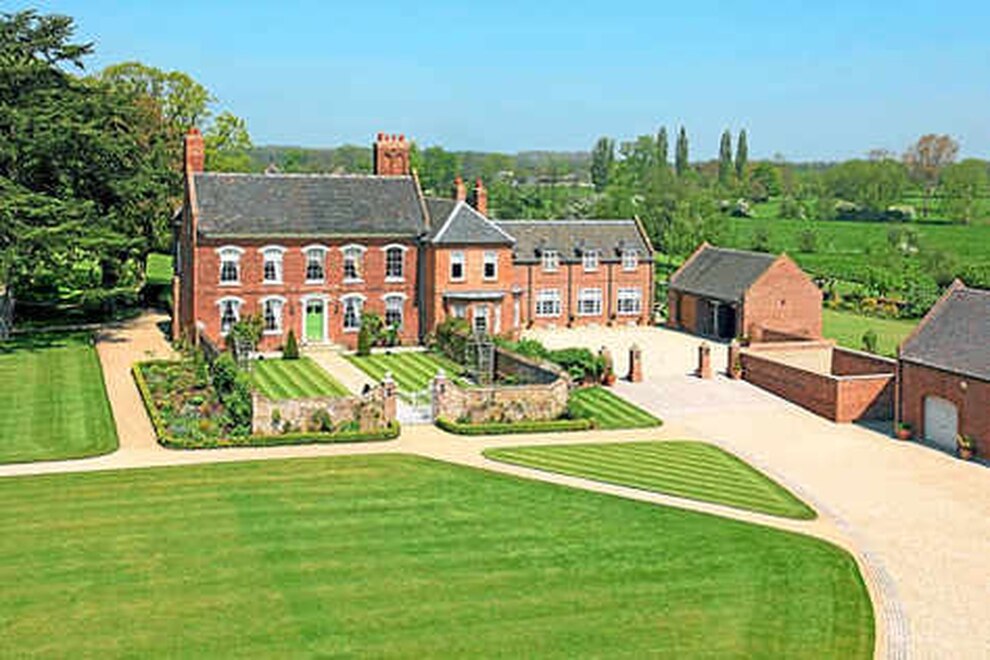 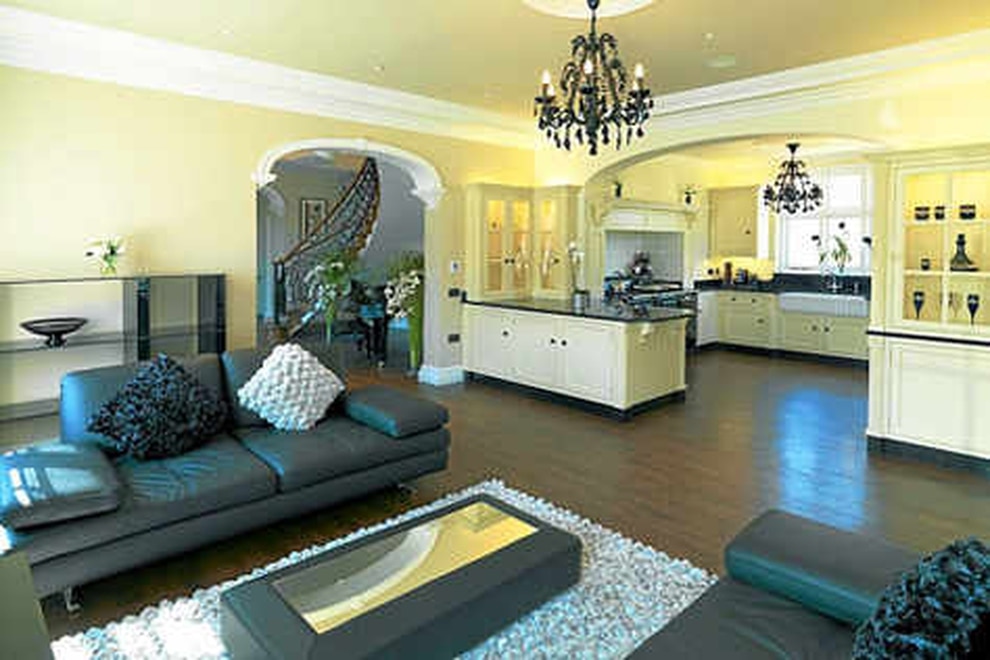 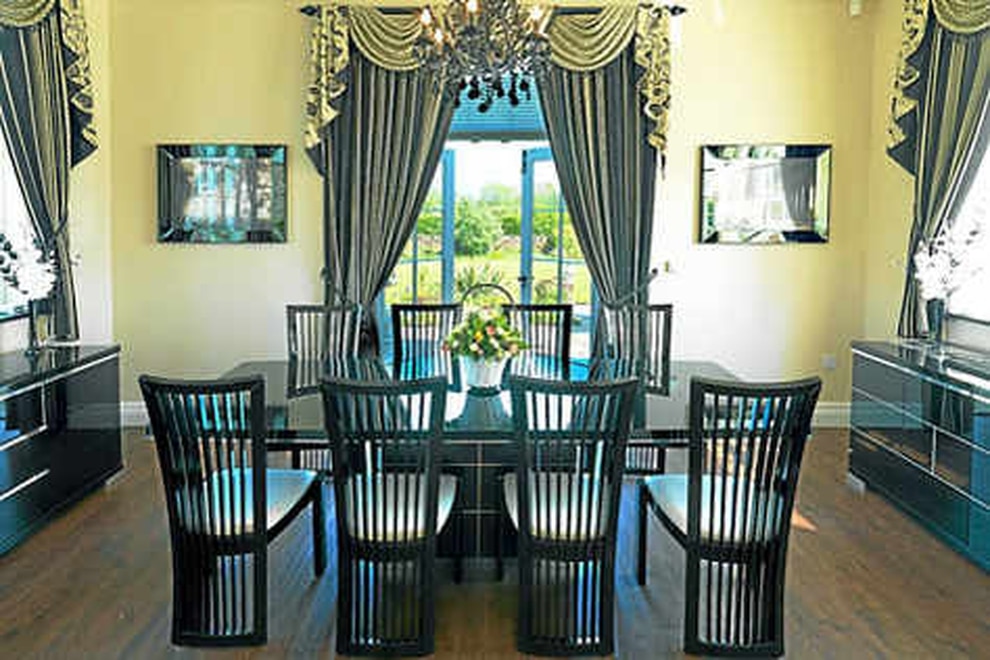 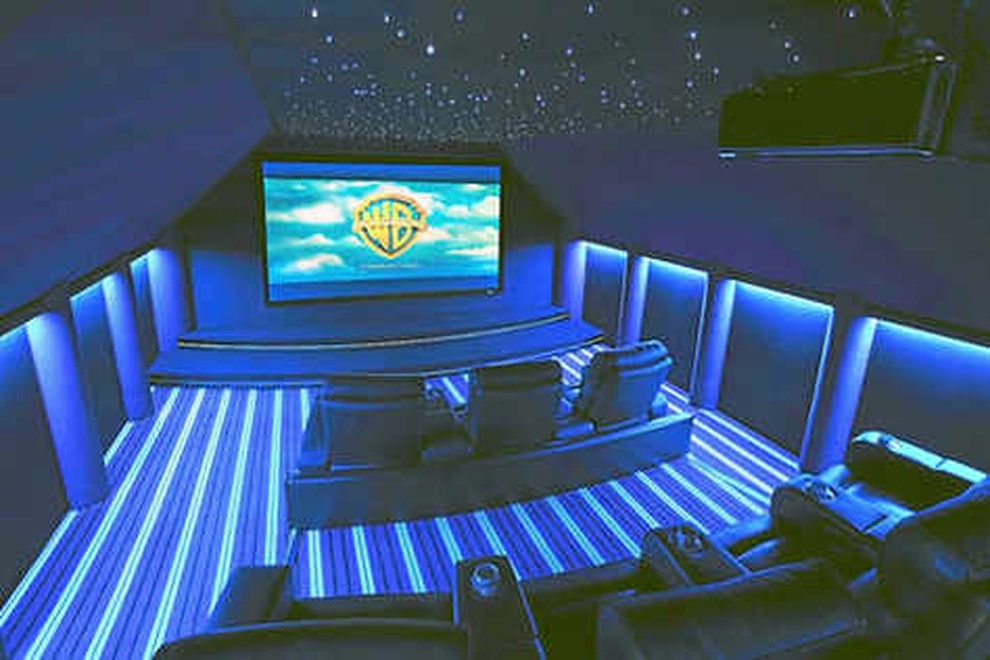 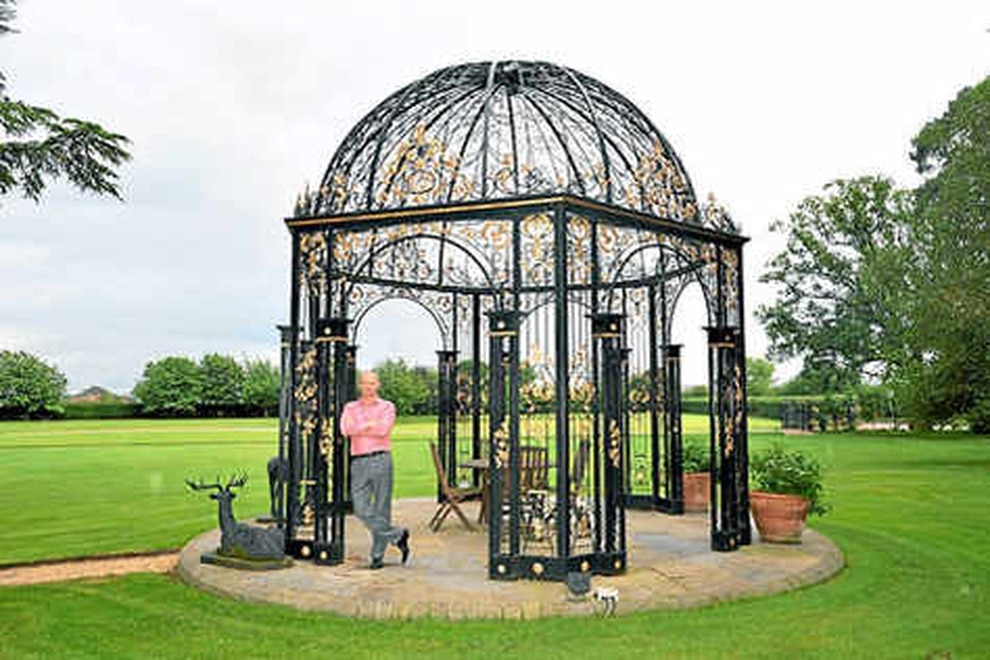 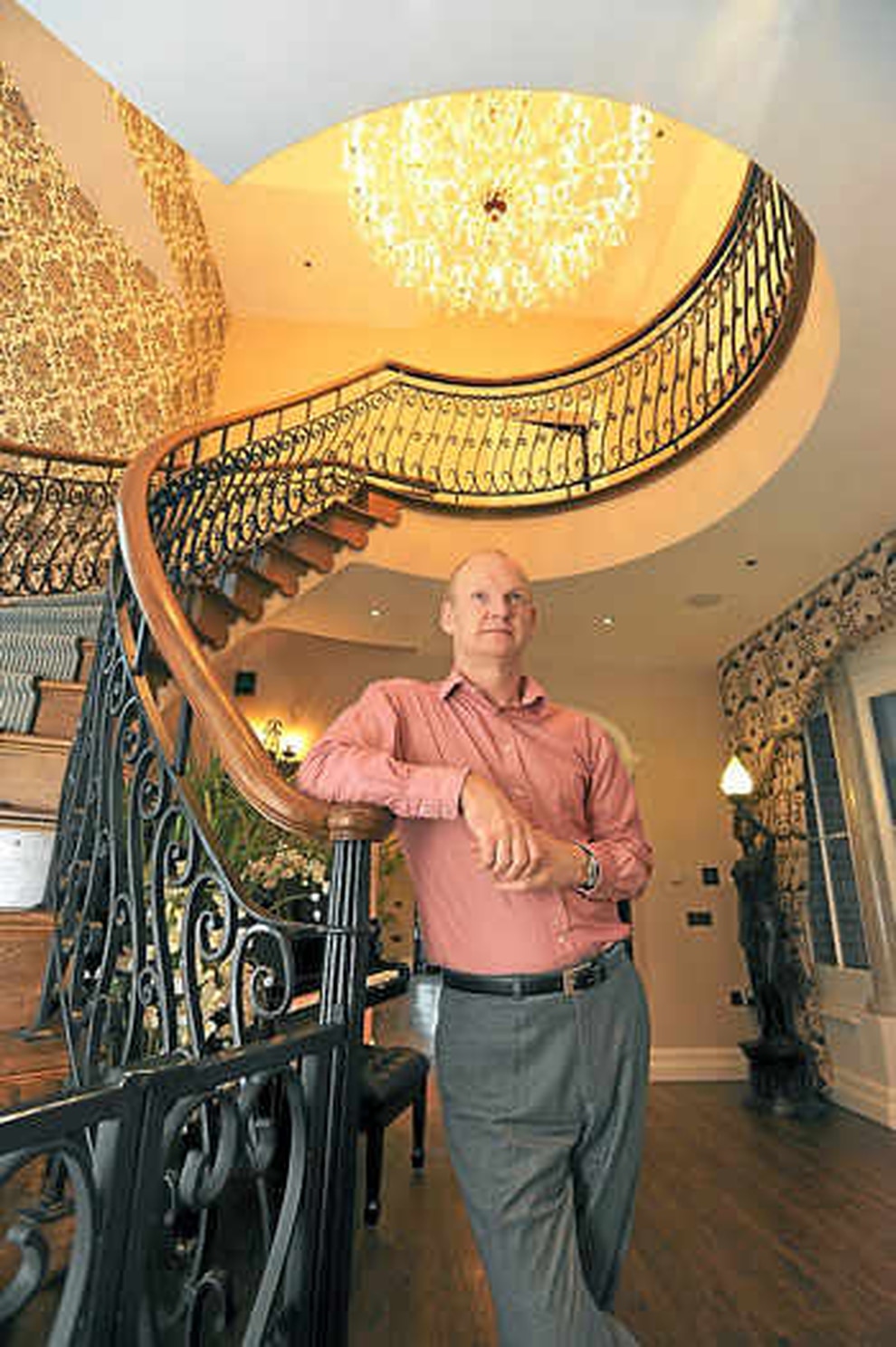 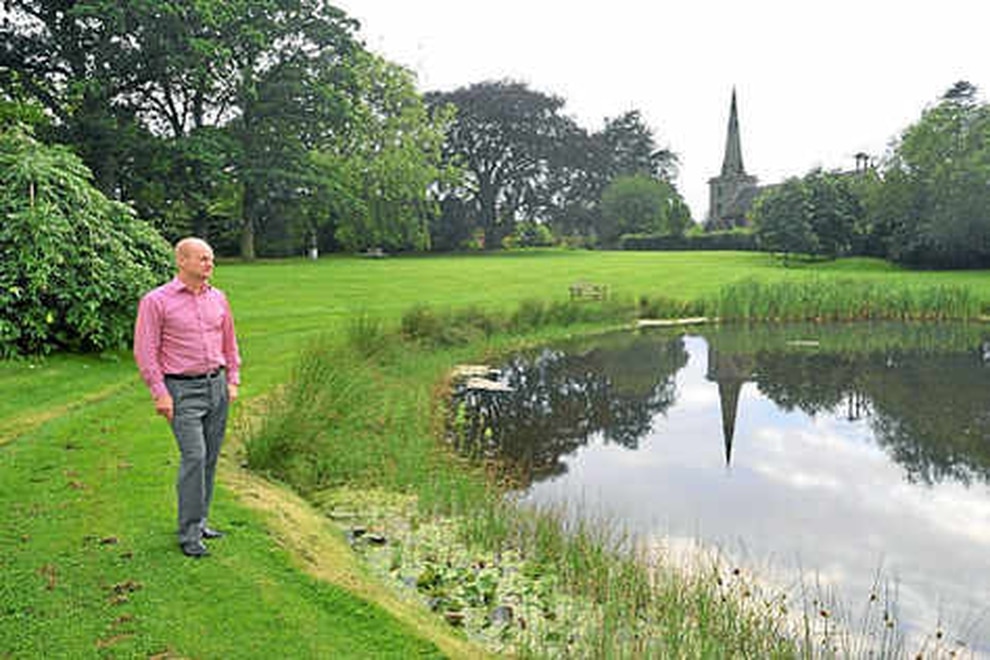 Boasting a private 3D cinema, a gym and a lake, a sprawling Staffordshire mansion is now on the property market for £3 million.

The Old Rectory in Church Eaton, near Stafford, which has its own cinema with vibrating seats and even its own pick 'n' mix bar, is up for sale for £3 million following an extensive restoration project.

The couple moved in four years ago after selling the house they build themselves in Telford for £1 million, making it the town's first seven-figure property.

Their new home, on the edge of the village, was spotted on a scouting expedition to see White Company owner Chrissie Rucker's Shropshire pile when it came on to the market.

"We weren't looking for a new place. I thought we would never leave the Telford house which we built from scratch. But when we pulled up in front of the Old Rectory's gates to check the directions, Ali went 'Look at that' – I knew then I was in trouble," says Paul, 47, who now employs 65 staff at Network Telecom, in Hadley Park, Telford.

"The house was amazing. The previous owners had done an unbelievable job restoring it and had added a complete new wing."

The two-year project was carried out by renowned Shrewsbury-based architect Graham Moss.

The Maxfields bought the Grade II-listed house for £2.5m and have since lavished another £1.5m redecorating the house, room by room, to their own contemporary tastes.

The original 300-year-old rectory building also has a large Victorian extension, which was added in 1850.

However the family, including son Tom, a 19-year-old former junior snooker England champion, daughter Amy, 20, a beauty therapist, and 22-year-old Luke, who works as accounts manager for his father's business, live in the new wing.

Some of the 23-acre plot is rented out to local farmers but the family dogs, Charlie and Alfie, have the freedom of the gardens and orchard.

The Old Rectory's second major refurbishment in six years was a modernisation project. While Paul and Ali loved the house, they were not so keen on the interior period detail.

While respecting the age and traditional features of the building, the couple set about putting their own 21st century stamp on it.

They gutted each room and while Ali embarked on choosing wallpaper, carpets, curtains and furniture, Paul installed a bespoke home entertainment system with integrated ceiling speakers which streams music wirelessly into every room, which can be controlled from either the wall panel or a smartphone.

The award-winning 3D cinema which was installed on the first floor, at the top of an oak spiral staircase, brings a touch of Hollywood glamour to the house.

The padded leather armchairs are wired up to vibrate at apt cinematic moments such as car chases and feature sunken drinks holders with hot and cold switches to keep liquids at the appropriate temperature.

The screen is controlled by an iPad from the comfort of your seat, while ice cream and beers can be found in an adjoining kitchen-cum-bar.

The pick 'n' mix section, complete with perspex panel and scoops, would not look out of place at the local Cineworld.

Guarding them is a giant reproduction of The Predator, weighing three-quarters of a ton and made of car parts, which Ali had shipped from Thailand as a birthday present for Paul.

Outside, beside a small lake and rose arbour, is a barbecue terrace with hot tub and idyllic views of the village church and cricket pitch.

There are also several outbuildings, one housing a gym, another the family cars, yet another is a two-storey office.

Some rooms have changed little since the couple bought the house, such as the library with its secret door leading to the new wing.

Its walls are lined with biographies of some of Paul's business heroes, such as Sir Alan Sugar and the Dragon's Den entrepreneurs. The property was a departure for the Maxfields who have both preferred to build their homes to their own style and design rather than buy.

The couple met in Cornwall where Paul was based after joining the Royal Navy at 16.

He describes himself as driven. "I was always buying and selling things, I wanted a bit more out of life," says the boss.

The couple struggled to afford a £20,000 two-bedroom house in Shropshire, taking out a 100 per cent mortgage.

However they sold in the 1980s property boom for £43,000 and got a bridging loan to buy a small piece of land in Quarry Lane, Red Lake, where they built a dormer bungalow, living in a £200 caravan for six months until it was habitable.

It was here they designed their dream home, the £1 million Telford house, scouting far afield for a big enough plot – which in the end they found 75 yards from the bungalow on the other side of a hedged bank.

"We looked for 18 months and all the time it was on our doorstep."

They were able to move in after nine months but ran out of money, and the project took another nine years to complete.

At the time Paul was a salesman for a car dealership but left while the work was being done on his home to set up his own business selling telephone systems.

"I knew nothing about them but I learned," he says. "I've always asked questions and taken advice."

Despite his success, he is a modest and intensely private man.

"We're not flash.There's a recession on, a lot of people are struggling. I still do the job that I started out doing – selling. I don't have to, I do it because I like it."

The contemporary overhaul on The Old Rectory has taken them four years, and there is still work being done. Ageing lead sills are being replaced by oak ledges and the painters are also in.

"We don't need to do the work because we're leaving, it's crazy, we just want everything spot on. It's about attention to detail. Ali has pored over fabrics and designs, the curtains in the morning room alone cost around £6,000."

The couple have set their hearts on another project and are looking at a few options.

But Paul says: "There's always a chance it will fall through and if that happens, we'll be quite happy to stay."