Our recent spotlight on the Shrewsbury rail disaster of 1907 has prompted Mrs Margaret Roberts to get in touch with a collection of material which she was given relating to the crash and railways more generally. 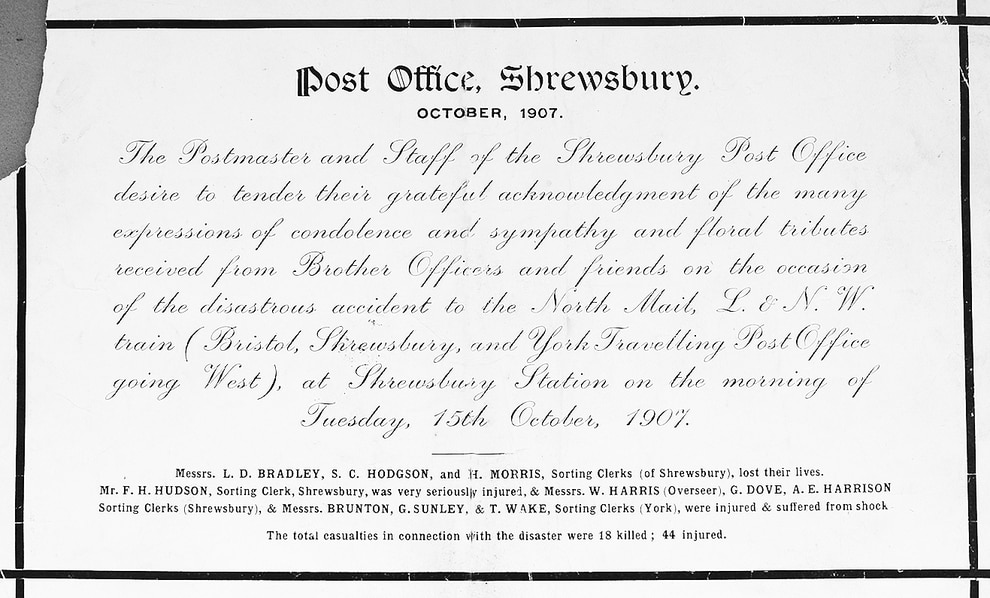 A notice from the post office acknowledging messages of condolence One of the pictures showing the scene at Shrewsbury station

"I've had it for many years, and it's just been stored away in a box," said Mrs Roberts, of Abbey Foregate in Shrewsbury.

"They came from 'uncle' Bob Williams, who lived Coton Hill way. He was not a family relative, but just somebody we had always known since childhood.

"I was working in Holy Cross residential home many years ago. He came into the home and we realised we knew one another. He showed them to me and said 'would you like them? He was sorting out his things, and gave them to me, and I have kept them ever since."

Mrs Roberts says Mr Williams was probably in his early 80s when he came into the home, so may have been alive at the time of the crash, which claimed 18 lives when the train approached Shrewsbury station far too fast and derailed.

One theory is that he had a family or railway connection.

"I think he must have, to have had these pictures, as otherwise I don't know why he would have had them. He never spoke about the accident."

Mrs Roberts added: "I'm just sorting out and getting rid of stuff to move to a smaller house. I showed them to a colleague at work and said 'I think I'm just going to throw them away.' He said 'don't do that – they're probably of interest to somebody."

So she sent the material to us at the Shropshire Star, and after copying the pictures we shall send it on to Shropshire Archives.

The photographs look to be from a contemporary publication, and have a black border.

The items include a printed message from the Post Office at Shrewsbury dated October 1907 which reads: "The Postmaster and Staff of the Shrewsbury Post Office desire to tender their grateful acknowledgment of the many expressions of condolence and sympathy and floral tributes received from Brother Officers and friends on the occasion of the disastrous accident to the North Mail, L. & N.W. train (Bristol, Shrewsbury ,and York Travelling Post Office going West), at Shrewsbury Station on the morning of Tuesday, 15th October, 1907."

Another notice reads: "The remains of Leonard Denham Bradley (age 32, single), Stephen Crabtree Hodgson (age 40, married, seven young children), and Henry Morris (age 35, single) were interred at Shrewsbury Cemetery, on Friday, 18th October, after a Special Service at the Abbey Church, taken by the Venerable Archdeacon of Salop – Charles B. Maude – assisted by the Parochial Clergy."

What did the Romans do for the Midlands?

The Shrewsbury team who sought to avoid shock results

Pictures From The Archive – June 26 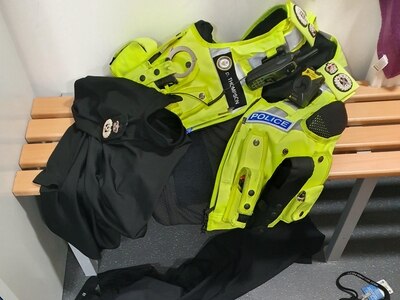