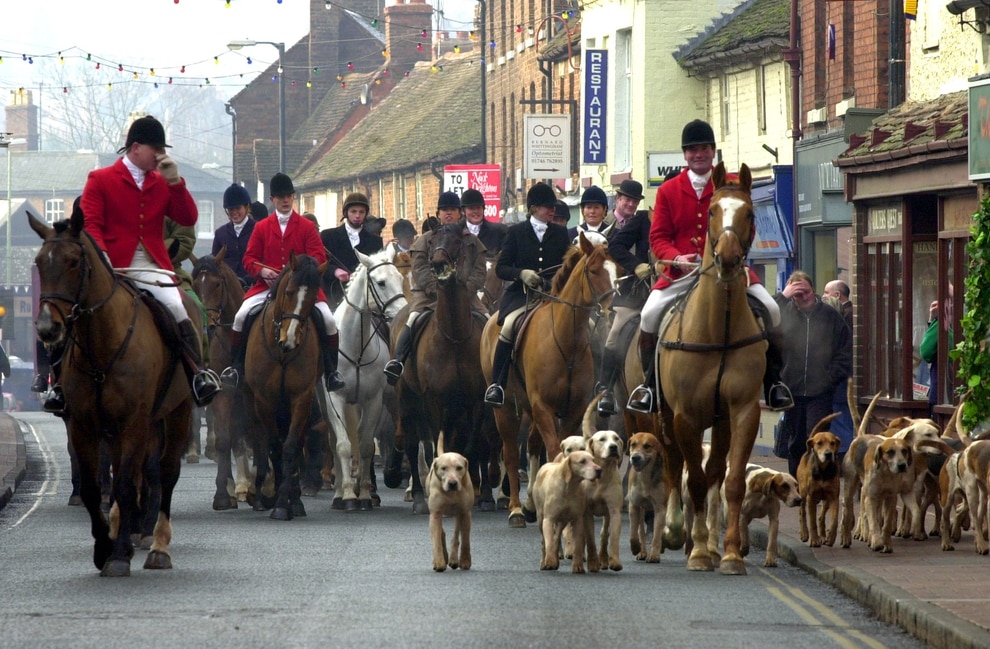 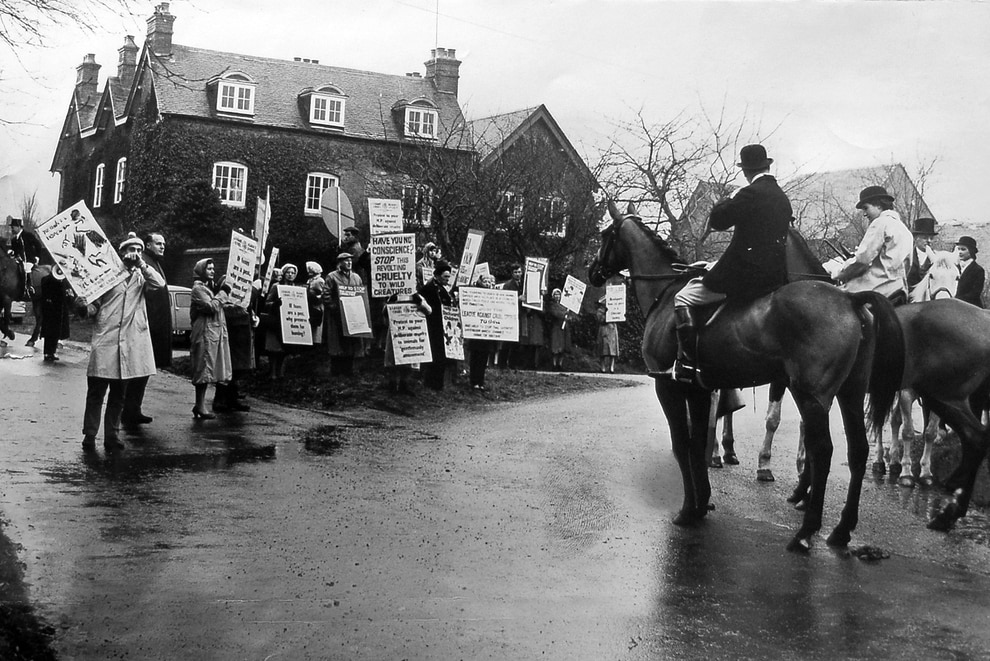 An anti-hunting protest in Chesterton, near Bridgnorth, in March 1964. 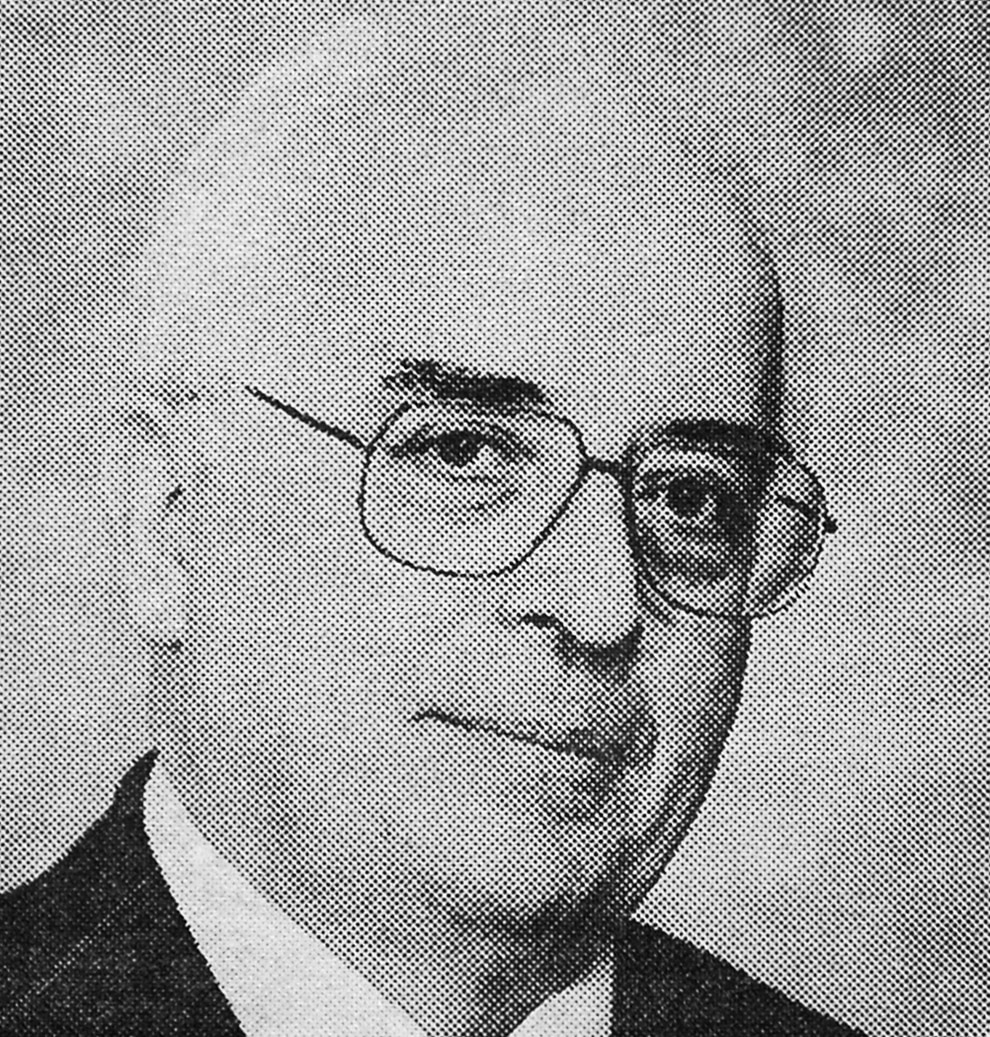 A nation divided. A county divided, with passionate views on both sides of the debate. The Shropshire Star letters page full of correspondents putting their views.

This was not you-know-what. Back in February 1992 Shropshire was gripped by the issue of foxhunting, and whether or not it should be banned.

It was prompted by a move by the Labour MP Kevin McNamara to introduce a Parliamentary bill imposing a ban.

And what did Shropshire think about that? Based on a telephone poll of Shropshire Star readers, foxhunting in the county had majority support.

The line opened on Friday, February 7, posing the simple question: Should Fox Hunting Be Banned? By Monday, February 10, the voting was running at more than 2-1 opposed to a ban on foxhunting, with 1,947 against the ban and 895 in favour.

Kevin McNamara, who was Labour spokesman on Northern Ireland and also vice-president of the League Against Cruel Sports, was the proposer of a Private Member's Bill which, he said in an article making his case which was published in the Star, would make inflicting cruelty on wild animals a criminal offence.

"In my opinion the hunters are running scared," he wrote.

"They cannot win the arguments that the Bill proposes and therefore are running a deceitful and misleading campaign in an attempt to encourage support from areas that the Bill does not incorporate."

Putting the case in opposition to the Bill in the Star a couple of days later were Rory Knight Bruce, and also former trainer Tom Jones, of Atcham.

Mr Jones wrote: "I hunted for 60 years with 12 packs of hounds in England, Wales and Ireland. I never once saw a fox dug out and thrown to the hounds alive – it was always shot with a humane killer.

"I love foxes and have always hated to see them killed. They are beautiful animals but they are also wicked and cunning. They kill for fun and are not satisfied to just kill for food."

He called for the matter to be put in perspective, and said the RSPCA had become ruled by those opposed to foxhunting who did not understand country life.

During the week, our Star Mail section continued to be full of readers' letters about foxhunting, for and against, and in fact it is the issue which perhaps dominated our letters columns like no other in the whole history of the Star.

Naturally with Shropshire being a rural county, and with a longstanding tradition of foxhunting, feelings were particularly strong.

Our phone voting line remained open for a week, closing at midnight on Friday, February 14. There were 10,455 votes registered, and despite a late rally on the final voting day in favour of a ban, overall 6,185 readers were against banning foxhunting, and 4,270 in favour of a ban.

As Kevin McNamara's controversial Bill was debated in Parliament, Ludlow MP Christopher Gill made an intervention highlighting the running score in the Star's poll, which at the time was 4,000 calls against a ban and 2,643 in favour.

The political backdrop was that the Conservatives were in government, but in fact MPs were given a free vote – in other words, they were not ordered to vote along party political lines by the whips, and could vote with their consciences.

By a narrow majority of 12, the MPs refused to give a second reading to Mr McNamara's Wild Mammals (Protection) Bill. The measure was defeated by 187 votes to 175.

Giving his reaction, the senior master of South Shropshire Hunt, John Lane, said: "I am glad that sanity has returned to Great Britain, quite frankly. After all, the fox is a pest."

And in what proved to be a prescient comment, John Howell, joint master of the North Staffordshire Hunt, said: "It is not over yet, because if there is a change of Government at the next election then it is in the Labour Party's manifesto to stop it."

Although Labour lost the April 1992 general election, it was swept to power in 1997, and as a consequence the days of foxhunting were numbered.