Firefighters attending false alarms in Shropshire cost at least £1.8 million over the past four years, new figures have revealed.

Shropshire Fire and Rescue Service attended more than 6,500 false alarm incidents between 2014 and 2017.

Figures show that the call outs cost the authority a minimum of £1,861,465 to attend them all.

The cost of each incident is dependent on the type of equipment and size of crew but at the 2016/17 rate for one fire engine, it cost at least £284 for an hours service or less.

Shropshire Fire and Rescue says it would never not respond to an incident – in case of a serious emergency.

Spokesman Malcolm Stevenson said: “If an automatic false alarm goes off – or we receive any call – we are going to respond to it.

“It’s one when you get there that you figure out what’s happening. We only ever come back from false alarms.

“We work very hard certainly with businesses to help make sure they’re fire alarm equipment is up to scratch. We give them advice and guidance.

“We would never not respond because at the end of the day fire alarms go off for a reason. One day a fire alarm is going to go off for real.

“The work we are doing is at the very least preventing these figures from rising year-on-year.”

Tweedale Fire Station attended 691 false alarm incidents, 356 in Oswestry, 279 in Bridgnorth as well as 191 in Newport.

Around 200 of the calls made in total were malicious, which “jeopardise public safety” and “waste money”, according the Shropshire Fire and Rescue.

Mr Stevenson added that the service have been focusing on children to prevent the number from rising.

“Malicious calls tend to remain at a similar volume year-on-year. Again, we work very hard in the sense we have crews aimed at speaking to young children.

“One of our fire safety teams goes out in the summer and gives quite young children basic messages about fire safety. One of the things we talk about is that it’s wrong to make malicious calls.” even if you might thing it is a bit of fun.

“We routinely visit schools around Shropshire giving children the same messages around how to stay safe and what not to do. That includes messages around not making malicious calls to the fire service.”

For more information on fire safety and false alarms go to www.shropshirefire.gov.uk 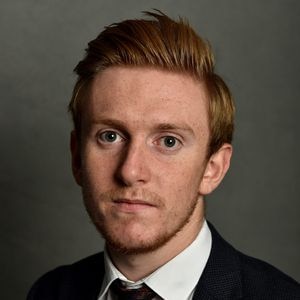 What the papers say – February 2