Downing Street said ‘vulnerable’ prisoners could be temporarily let out of jail during the coronavirus outbreak.

Ministers are being urged to release prisoners during the coronavirus pandemic, after Northern Ireland signalled it would let out more than 10% of those behind bars.

Pressure is being put on Justice Secretary Robert Buckland to allow convicted criminals to head home, in order to prevent more deaths in England and Wales’ crowded prisons.

It comes as the Ministry of Justice (MoJ) confirmed that, as of 5.40pm on Sunday, 55 prisoners had tested positive for coronavirus in 21 different prisons.

The first death – convicted paedophile Edwin Hillier, who was serving his sentence at HMP Littlehey in Cambridgeshire – was confirmed on March 22.

Staff numbers in prisons are already stretched, with some 3,500 employees, representing about a tenth of the workforce, currently in self-isolation due to Covid-19.

Some 13 prison staff have tested positive in seven prisons, as well as four prison escort and custody services staff, the MoJ said on Monday.

In the face of strengthening calls for action by human rights groups and a prisons watchdog, Downing Street has signalled that some “vulnerable” prisoners could be set free for a time to protect them.

The pressure comes after Northern Ireland justice minister Naomi Long announced the temporary early release of up to 200 prisoners, and Scotland’s justice secretary Humza Yousaf said on Friday that he was “actively considering” options for the early release of prisoners.

The Independent Advisory Panel on Deaths in Custody (IAPDC) said prisons should be only for “serious and violent offenders” at this time, with judgments made on a “case-by-case basis”.

“Ministers and officials are faced with some of the most difficult decisions they have ever had to make, about balance of risk and the best ways to keep people safe,” said Juliet Lyon, IAPDC chair.

“The priority now is to reserve prison for serious and violent offenders so that the public is not put at risk and hard-pressed prison staff have the physical space and time to hold those individuals safely and securely.

“In an unprecedented public health crisis, it is not fair or proportionate to commit prisoners, and staff responsible for them, to try to survive in insanitary, overcrowded institutions devoid currently of independent oversight.

“People are sent to prison to lose their liberty not their lives.”

Jails in England and Wales were put on immediate lockdown on Tuesday with all visits cancelled, after it emerged thousands of staff were in self-isolation.

Jo Farrar, chief executive of the Prison and Probation Service, told the Commons justice committee last week that about 4,300 prison and probation staff overall were self-isolating.

Kate Allen, Amnesty International’s UK director, said: “Decreasing the prison population and the number of people in immigration detention centres is a crucial means of slowing the spread of Covid-19 and keeping people safe.

“We urge the Government to follow the lead of governments in Northern Ireland and Scotland and provide alternatives to detention for those with underlying medical conditions, and older people, if they do not pose a threat to themselves or society.”

The Prime Minister’s official spokesman said on Monday that prisoner releases were under consideration.

“There are some particular issues in relation to vulnerable inmates which we are actively looking at,” the Number 10 spokesman said.

In Northern Ireland, where 163 prison officers out of a 1,200-strong workforce are self-isolating due to Covid-19, Ms Long said she anticipated the release of fewer than 200 individuals from the 1,521 prisoner population in the region, about 13% of the population behind bars.

Prisoners serving a life sentence, detained under the mental health act, those serving a sentence for a terrorist offence and those deemed a risk are among those who will not be eligible for early release, the devolved administration said.

A Prison Service spokeswoman said:  “We have robust and flexible plans in place to protect the lives of our staff, prisoners and visitors, based on the latest advice from Public Health England and the Department of Health and Social Care.” 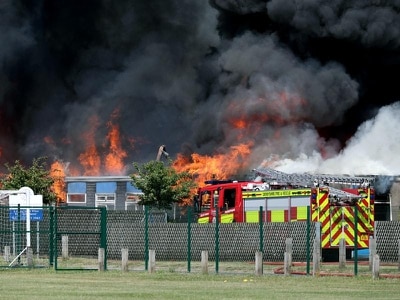 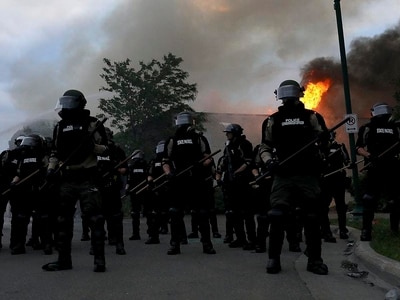