Ironbridge flooding: The eerie peace after a heavy storm

It's the calm after the storm. After days of chaos a tense, eerie peace has broken out over Ironbridge.

"This place should be rammed," says David Jackson, who keeps the Bears on the Square shop, overlooking the landmark bridge.

Normally, the town would be bustling with families taking advantage of the half-term holiday. Today the loudest noise is from the murky khaki-coloured waters of the River Severn gushing past Abraham Darby's engineering masterpiece.

A few men in high-viz jackets are standing in front of the barriers erected to stop people from entering the evacuated Wharfage. Blinds are down on most of the properties in Severn Bank, which runs behind. Sarah Davis, who owns The Library House B&B is donning her wellies to venture outside. She says it is by some margin the worst flooding she has seen in the six years she had kept the business.

"The barriers have been up several times since we have been here, but it's never been as bad as this," she says.

"Everyone's been great. Carolyn (Healy), the local councillor, and the Environment Agency have been working really to do what they can."

The barriers largely seem to have done their job, despite fears on Monday that they could be breached. But not everybody has escaped the ravages of the rampant river. Across the bridge from the main town, a row of cottages shows scenes of devastation. Upturned bins floating around in the back yard, doors sealed up with black tape. In one of the houses, a man says his cellar has been flooded, but declines to give an interview.

Watching the fast-flowing river in disbelief is Beryl Gilson, from Broseley.

"I have lived in the area for 30 years, and I never remember seeing it like this before," she says. "I feel sorry for the people, especially those with houses next to the river."

The water has said to be flowing through the town at a rate of 470 tons a second. About 30 homes were evacuated on Tuesday, with a few residents insisting on staying put, and 21 cars were towed away as Storm Dennis wrought havoc in the town which would normally be packed with tourists.

Cleo's Cocktail Bar, at the top of High Street, has acted as a command and control centre for emergency services helping out with the flood, as well as a refuge for those displaced by the flooding.

"It's gone very quiet today," says Mike Perks, 64, who runs the business with his wife Gail. "We've never seen as many people as we did yesterday. Yesterday the place was packed out with workers, and we also acted as somewhere for the people who had been evacuated to wait while they found somewhere to stay.

"We got the call at 11 o'clock on Monday night asking if we could provide room for the workers to be based in," says Mr Perks.

"We thought we would have to stay here all night, but the river level fell slightly last night so we were able to go at about 9pm."

He says those who had been displaced were inundated with offers of help and accommodation.

"Everybody was offering rooms to those who were evacuated, the community really pulled together," says Mr Perks. Having lived in Ironbridge all his life, Mr Perks is well versed with flooding.

The river peaked at 22ft, with the abnormally high levels running for several hours. While the water subsided slightly during the early hours of yesterday, it is not expected to fall much this week.

"Torrential rain has been forecast," says Mr Perks. "The flood barriers could be up for the rest of the week."

Over at the Tontine Hotel, directly opposite the bridge, Trish Gentleman, mother of owner Nick Gentleman, is helping out on reception. She takes a call from an anxious visitor from Devon who has heard on the television news that the town has been evacuated.

The hotel provided emergency accommodation for a family who had been staying in a holiday let in the evacuation zone.

"We had a mum and dad, two children, and their grandchildren," says Mrs Gentleman.

"The grandmother was a light sleeper, and she woke in the night to hear this sound. She went downstairs to find the ground floor 4ft deep in water, and their two dogs were paddling about just to stay alive.

"She said she could see the water rising so quickly that if she hadn't have woken up, the dogs would have perished. It's quite frightening.

"That was on Sunday evening, they stayed another night because they wanted to wait until they could get their cars recovered, but they went down to have a look, and they couldn't remove them.

"They lost all their children's iPads because they had to get out so quickly, it's awful for the people down there."

Charlie Eley is behind the counter of Eley's World Famous Pork Pies, which is owned by his father Tim Eley.

Charlie, 18, says it is the worst flooding he has seen in his life, but says it has also brought the community together.

"There's been quite a lot of community support, we have been trying to help the Environment Agency and the police, by offering them free cups of coffee, and I know a lot of other businesses in the town have been doing the same."

Tim Eley says that neighbours had rallied to help the owner of Dale End Cafe clean up his business, only for it to become flooded for a second time.

Sand bags are piled up in High Street, and while normality has not yet returned, there is a feeling of relief that the worst is over, and it is now just a question of waiting for the big clean-up to begin. For the newer residents, it has been an entirely new experience, for the older ones it is something they have seen many times before.

Back at Bears on the Square, Mr Jackson knows he is one of the lucky ones, being relatively secure in his spot above the flood area, although he too has had water seeping in at the back of his premises.

"It's the worst I have seen in 20 years, I have never seen the barriers extend as far as they have done," he says.

But despite all this, he still loves living and working in Ironbridge, and says the way the community rallied round shows that even these particularly large clouds have a silver lining.

"It's a beautiful place, and I suppose it is just something you have to live with," he says. 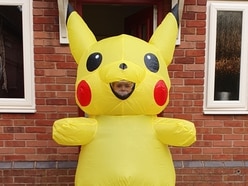 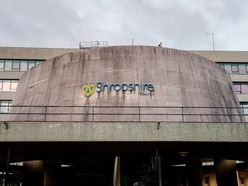 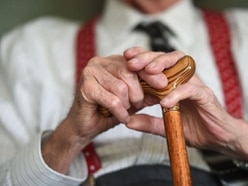 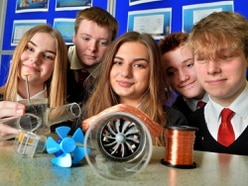 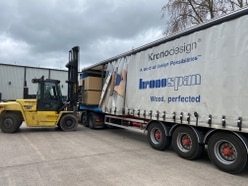 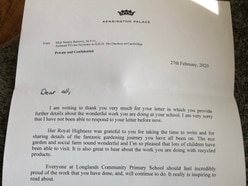 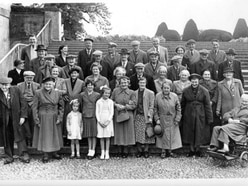 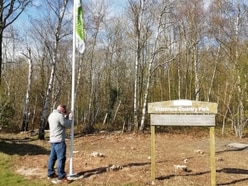 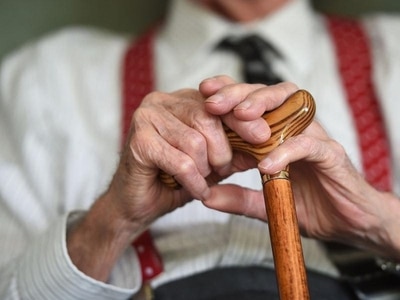 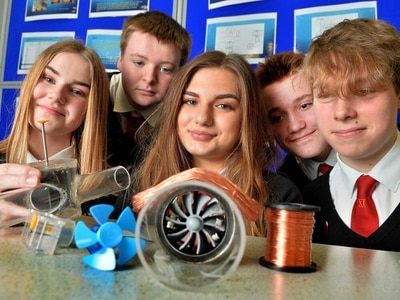 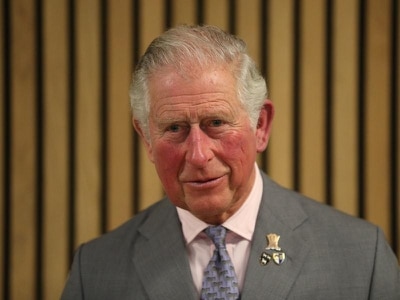