Let's back Zac: Bully calls on fans to 'chuck in a quid' – with pictures

Wolverhampton Wanderers legend Steve Bull has backed brave Broseley four-year-old Zac Oliver – and he wants all his fans to do the same. 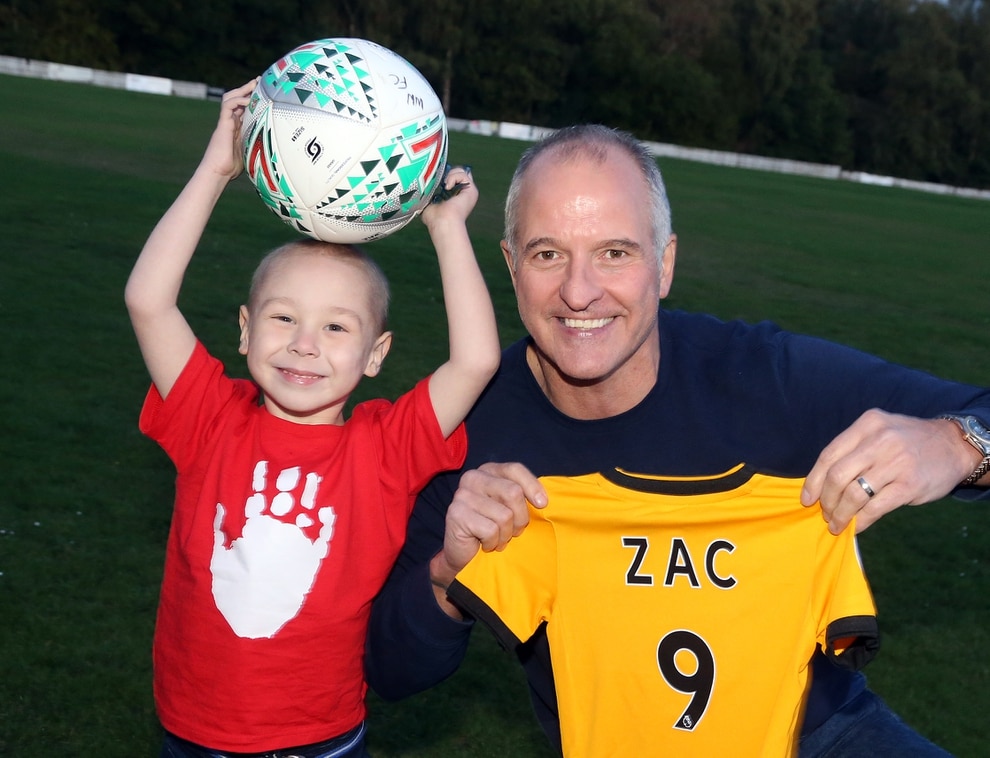 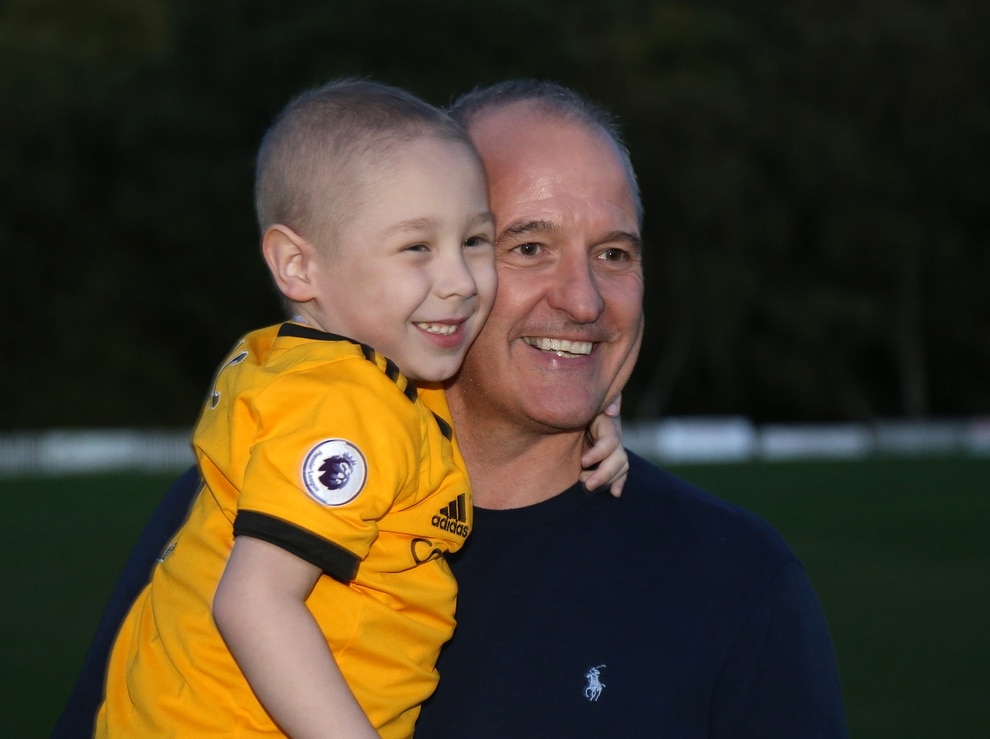 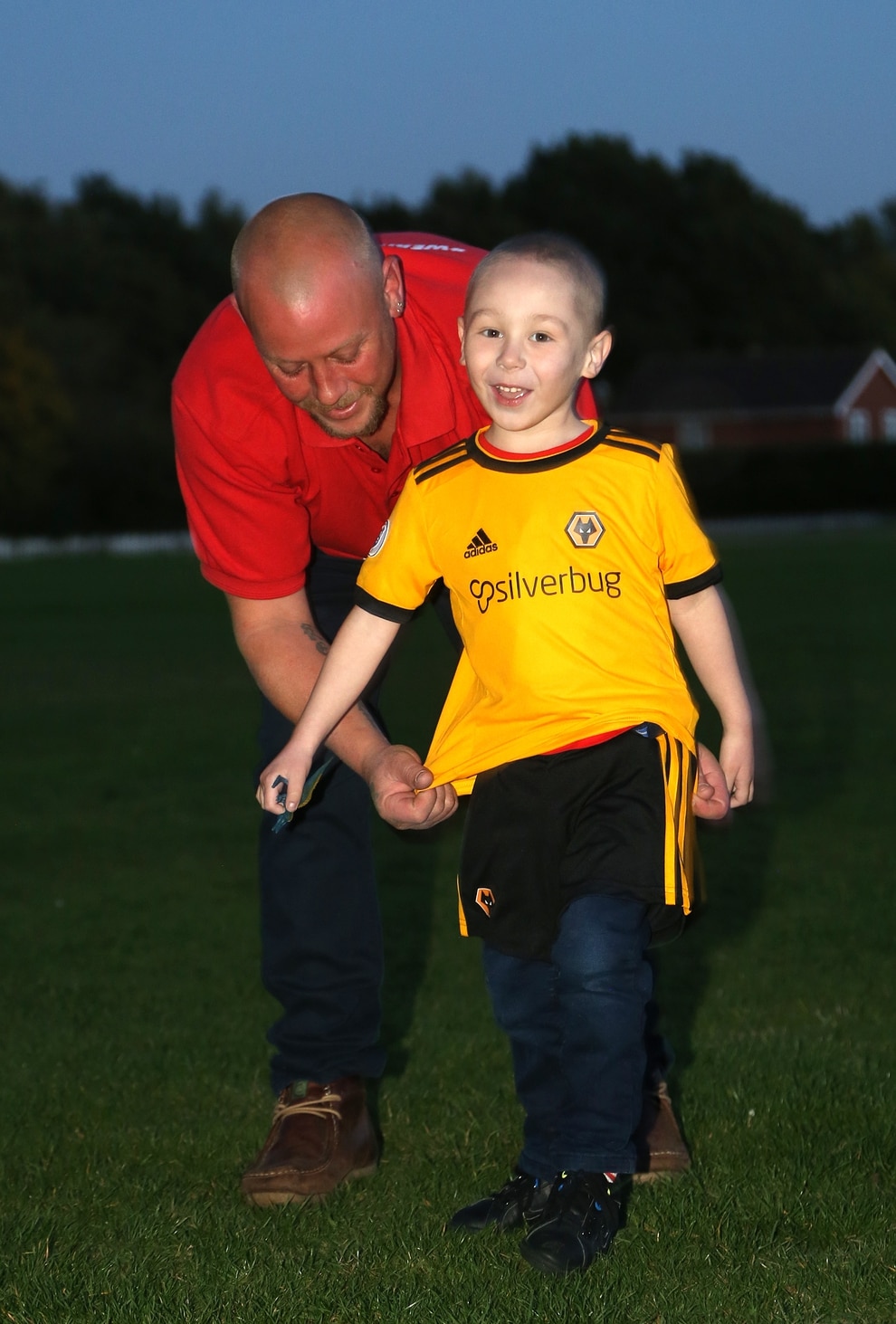 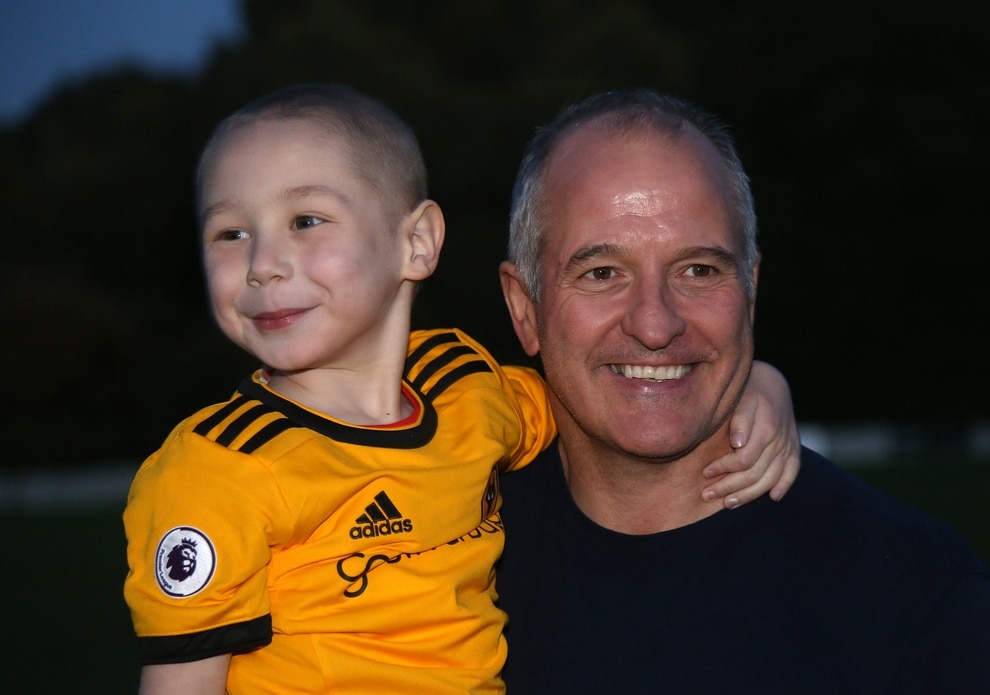 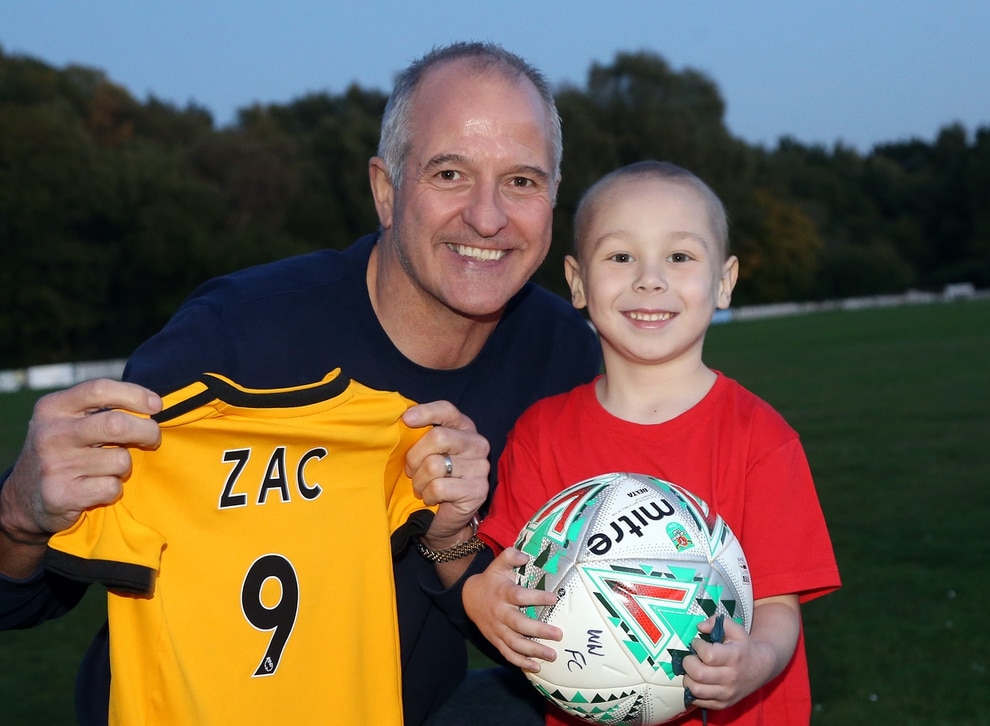 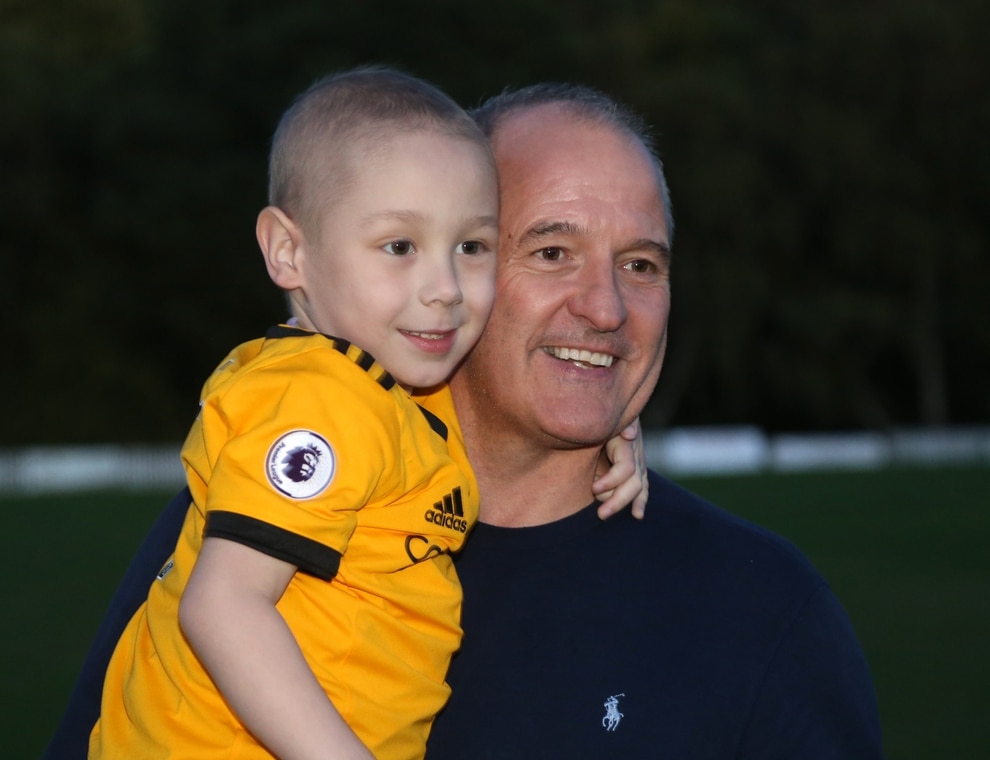 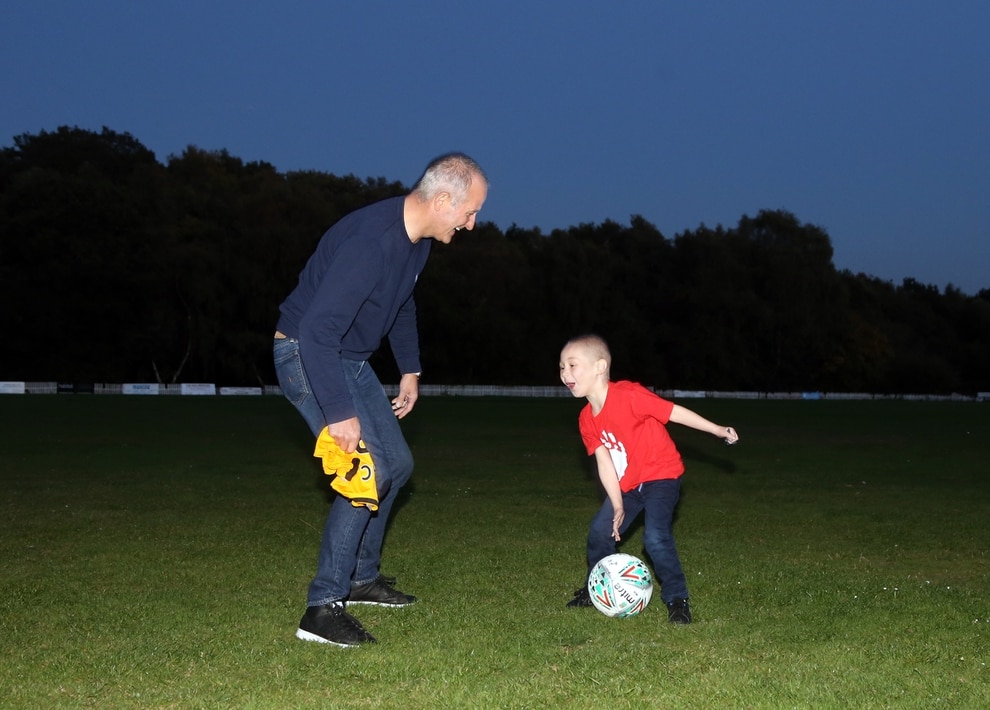 Bully met with Zac outside Broseley Cricket Club last night – and the pair even had a little kick-about together.

Zac has an extremely rare form of childhood leukaemia called Near Haploid, and needs to travel for specialist treatment unavailable on the NHS.

People across the county have come together to raise more than £288,000 – over half of what is needed to get him to America.

"It was the first time meeting him and he's a lovely little lad," Bully said. "He's got this terrible illness, it's pulled on my heartstrings.

Bully put out a plea to all Wolves fans.

"If everybody who donated got to meet him, they'd realise this money is going to a lovely little lad," he said.

"We want to get something out there to also Wolves supporters, pledge a pound, get Zac to America as soon as possible. Chuck a quid in, go online to see what you can do and get this boy sorted."

As well as getting to meet the Wolves legend, the club gave Zac his very own shirt.

It's the latest support given to young Zac.

On Sunday, an entire festival will be held in his name, with hundreds of people trying to break the world record for the most people singing the Baby Shark song at once.

In the evening there will be a fashion show at the International Centre.

And Telford & Wrekin Council will be showing its support by lighting up Southwater One in red.

The council has also given use of its QEII Arena for Zacfest for free.

Telford & Wrekin Council leader Councillor Shaun Davies said: “I think everyone has been touched by Zac’s plight so we were happy to help in any way we could.

“Allowing the family to use the arena free of charge and lighting up Southwater in Zac’s honour were things that were very much in our gift to offer to help their fundraising campaign.”

Annette Oliver, Zac’s grandmother, said: “Telford & Wrekin Council has also been brilliant in its support, giving us the use of the park’s arena free of charge – without such a venue Zacfest would be very difficult to organise.”

Estate agent Nock Deighton has pledged to donate 20 per cent of all its house sales revenue within the TF12 area for the remainder of the year to the cause.

Hannah Brown, of Nock Deighton’s Telford office, said: “Zac’s family are very well known in Broseley, I actually went to school with his mum. This has really captured my heart and the hearts of so many people.

“It’s such a heartbreaking story that can’t be ignored and the most important thing now is to raise this money to get Zac to America."