An 87-year-old Shropshire woman has been clapped and cheered out of a hospital ward, a month after contracting coronavirus. 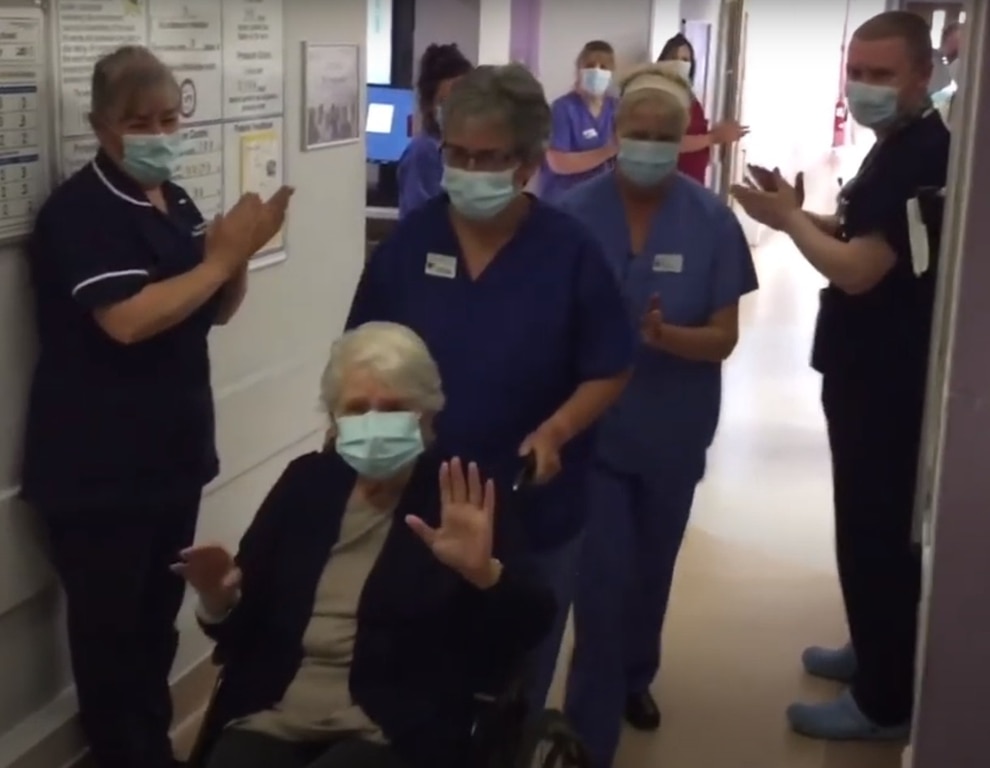 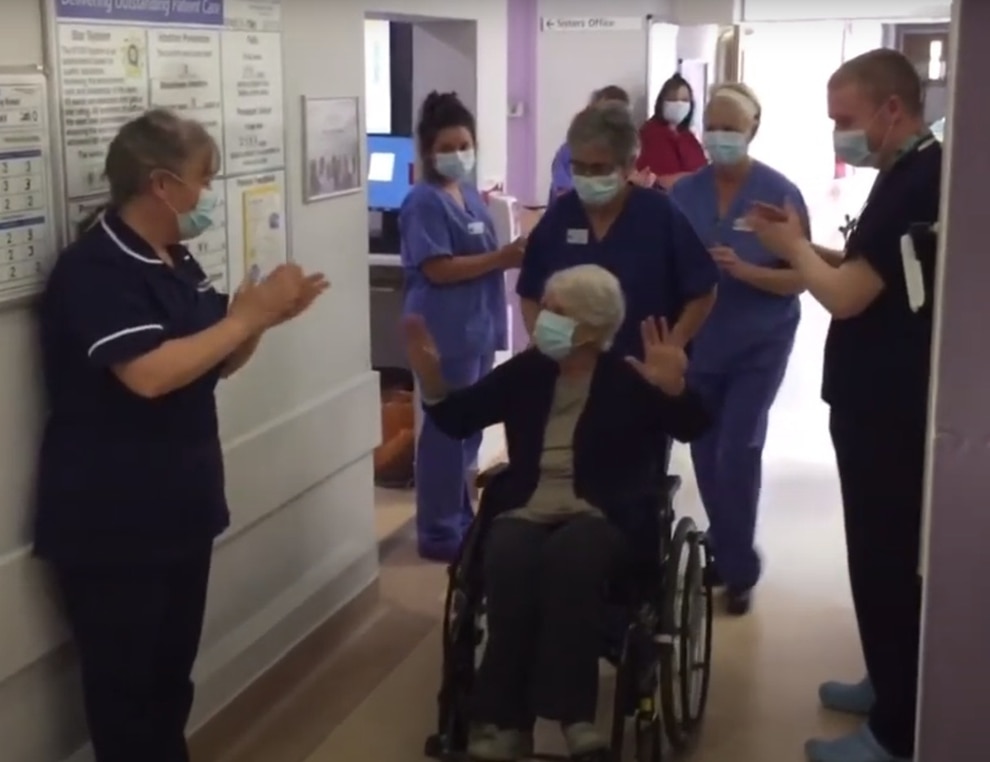 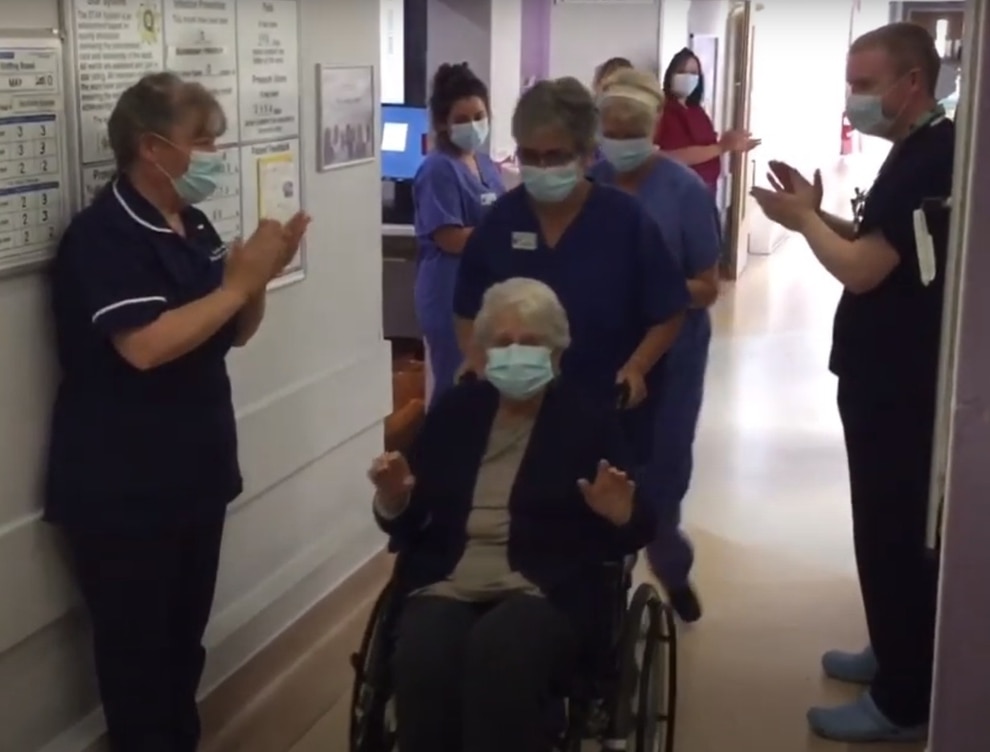 Staff at The Robert Jones and Agnes Hunt Orthopaedic Hospital (RJAH) near Oswestry lined the corridors as Beryl Hewlett was wheeled off the ward to start her journey home.

Beryl, from Whitchurch, had required urgent trauma surgery after suffering a fall that left her with a broken hip.

She tested positive for Covid-19 back at the end of March and had been unable to go home since – despite suffering only relatively mild symptoms.

Watch Beryl being cheered off the ward:

This was because she lives in assisted living accommodation and could not return until she had tested negative for the virus.

That finally happened on Monday, and Beryl left the hospital yesterday to continue her rehabilitation.

Beryl said: “It all started when I went shopping. I’ve always been very active and I’d done it hundreds and hundreds of times before, but I went over and broke my hip.

“I’d never been in hospital before. I’d never had an operation before, and I’d never even been giddy before, so I don’t know how it happened.”

Beryl was first treated at Royal Shrewsbury Hospital before being transferred to RJAH when she suffered an infection in her wound.

She underwent a Covid-19 test in late March after staff detected a high temperature and she developed a persistent cough.

That led to her being transferred to the hospital’s Ludlow Ward, which is usually the private patient ward but has been used in recent weeks to manage patients with suspected or possible cases of Covid-19 because its individual rooms make it easier to safely isolate patients.

“I’m grateful to everyone for looking after me,” added Beryl. “But I’m looking forward to getting back home.”

Helen Cooper, ward manager on Ludlow Ward, said: “I’m so proud of the Ludlow team. The transition from being a private patient ward to being a Covid ward has been monumental, but the team have been astounding. All the way through they have given amazing, outstanding care.

“We’ve been joined by staff from other areas – we’ve had theatre support workers, the Baschurch Day Unit and recovery joining us. They’ve all gelled so quickly and become part of the team – and that is everyone. Ange, our domestic, has been just brilliant, and so have our fantastic admin team.

“It was emotional for all of us to see Beryl going home. She’s been in hospital a long time and it has been a pleasure to care for her, but it has been such a lift for us all to see her get a negative test result and be able to leave.”

Stacey Keegan, the hospital's acting chief executive, added: “I am so pleased for Beryl that she is finally able to go home.

“She has received wonderful care from the team on Ludlow Ward and I am so proud of them.

"This has been a big change for all of them, and they have never once complained – they’ve just got on with the job and made sure the patients have the best experience possible.”

Shropshire youngsters spread Happy News with their own weekly paper