Shrewsbury's MP will meet with barristers today in a bid to 'break the deadlock' over the controversial Future Fit hospital reorganisation.

Daniel Kawczynski blames Telford & Wrekin Council for delaying the scheme, which will separate emergency and planned care in the county and place the main A&E in Shrewsbury.

He is now exploring whether legal action can be taken against the authority, which he claims has "jeopardised patient safety" – or whether control of the scheme can be put into the hands of the Government to avoid any future delays.

It comes after Shaun Davies, Labour leader of Telford & Wrekin Council, and Peter Nutting, Tory leader of Shropshire Council, both suggested that health chiefs should look at whether to build a standalone hospital between the two towns.

But Mr Kawczynski has stressed that the Future Fit plans should press ahead as they are, and that the reorganisation will help to improve A&E performance.

Hospital bosses said the departments continue to be under immense pressure, as it was revealed the trust running Shropshire's A&Es was ranked the worst in the country last month for 12-hour waits.

Mr Kawczynski, who will meet with barristers this morning, said: "Shaun Davies who is medically illiterate has managed to hold a gun to our heads and prevent doctors from implementing Future Fit.

"We are now one of the worst performing A&E hospital trusts in the country.

"That's partly down to a medically illiterate body like Telford & Wrekin Council having the opportunity of preventing this from happening.

"They have threatened a judicial review and have managed to create a gridlock on this.

"I have called senior barristers into my office at my own expense.

"We are going to ascertain what can be done. Can we ask the Government to formally take back control of this process?

"We can either reverse the Health and Social Care Act or we will have to instigate some sort of legal proceedings against Telford & Wrekin Council for putting the lives of my constituents at risk."

The Future Fit scheme will reorganise services in the county by basing one main emergency centre at Royal Shrewsbury Hospital, while Princess Royal Hospital in Telford houses an 'A&E Local' and takes over responsibility for planned care.

It emerged last month that the cost of the scheme has risen from £312m to almost £500m.

However, Dr Julian Povey, chair of Shropshire Clinical Commissioning Group, said earlier this week that the cost of other options previously considered would also now be more expensive. 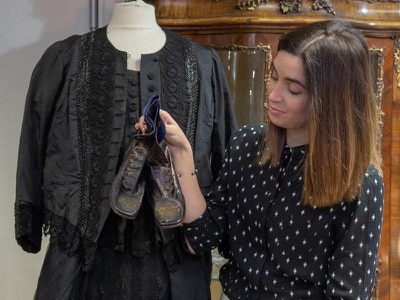