The drunk pair in the corner were highly entertaining. And, truth be told, they were the second best part of a thoroughly underwhelming evening in the Back-To-The-Future restaurant that is Ramna Balti. 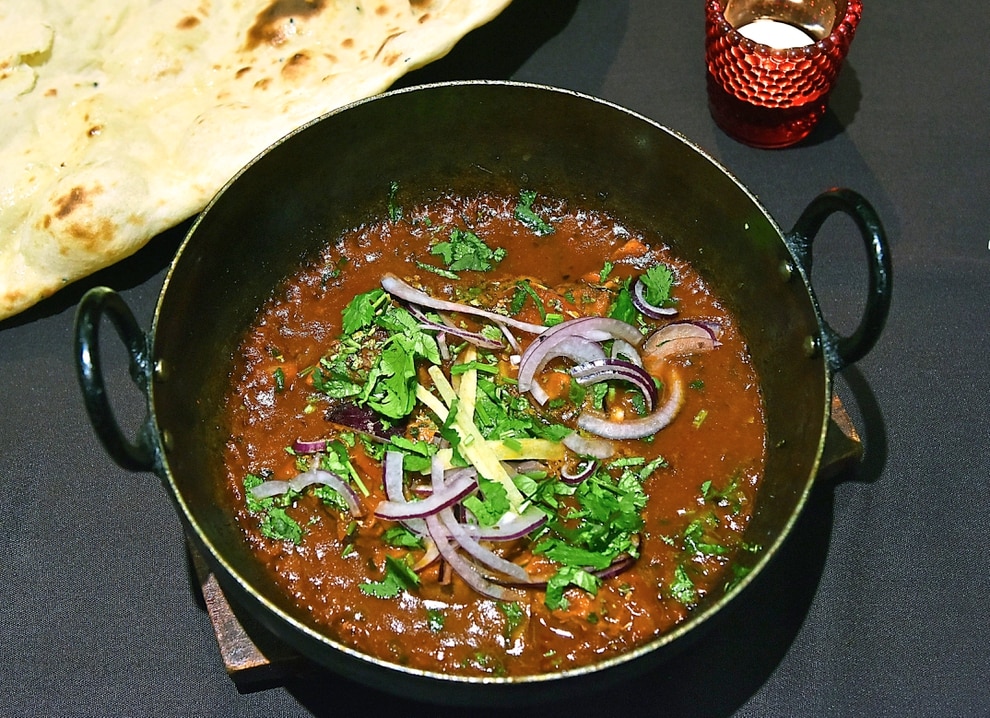 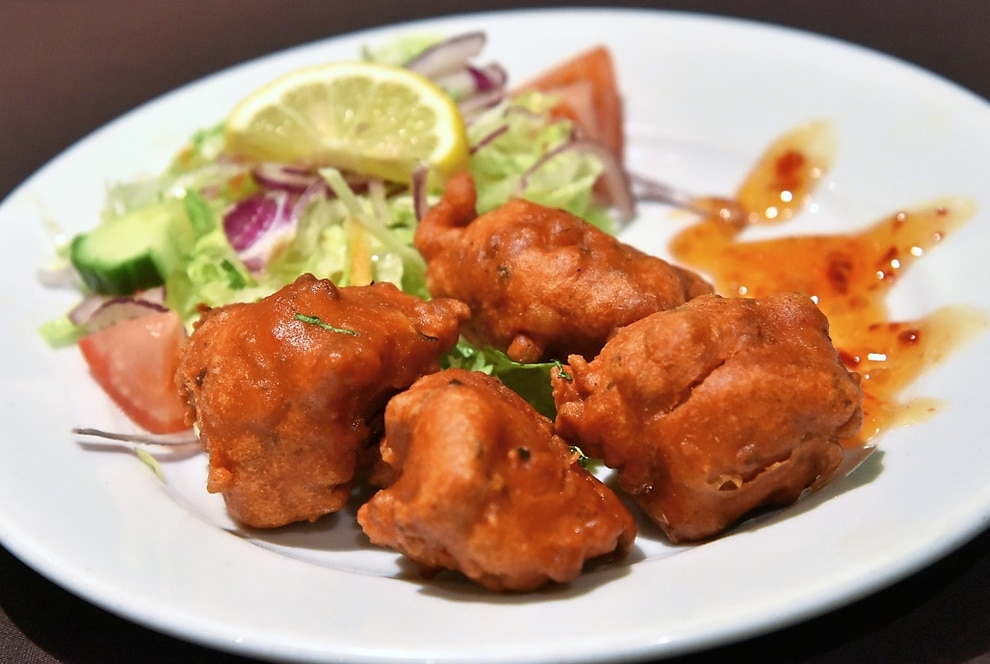 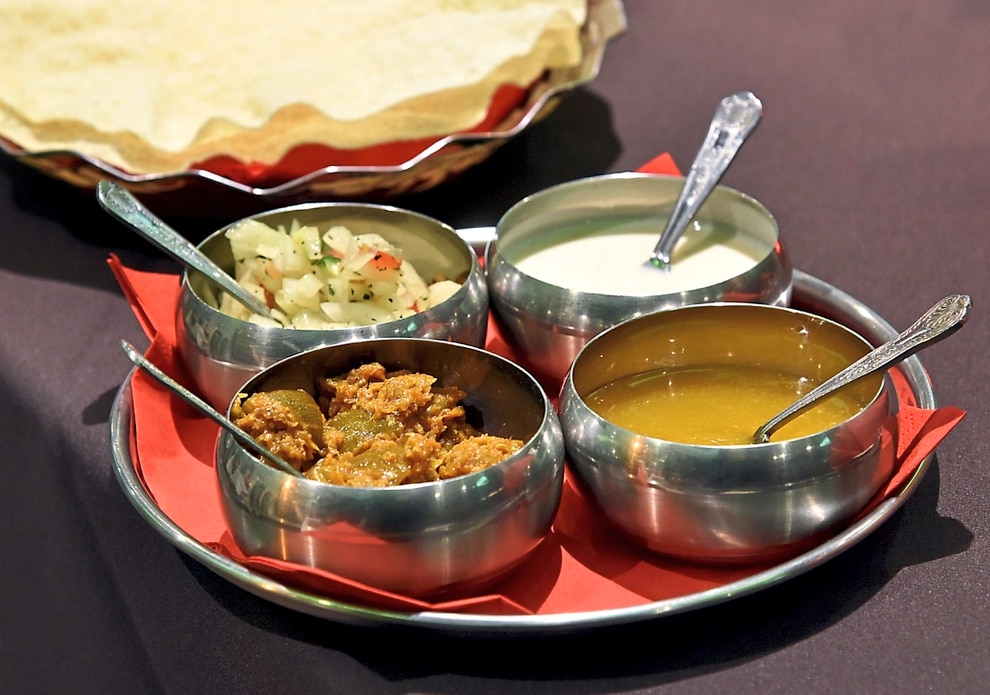 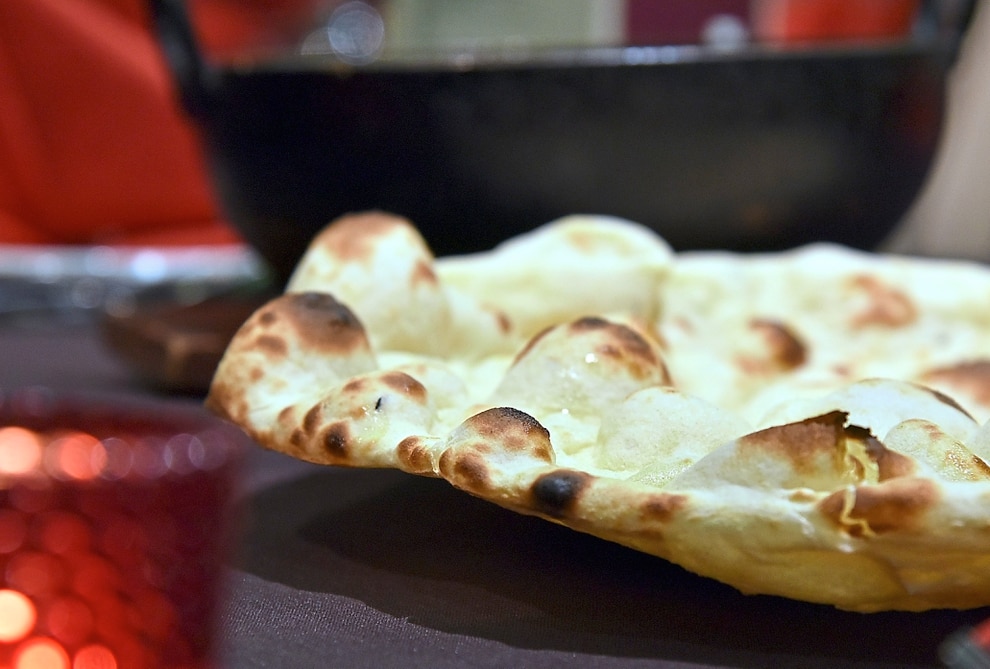 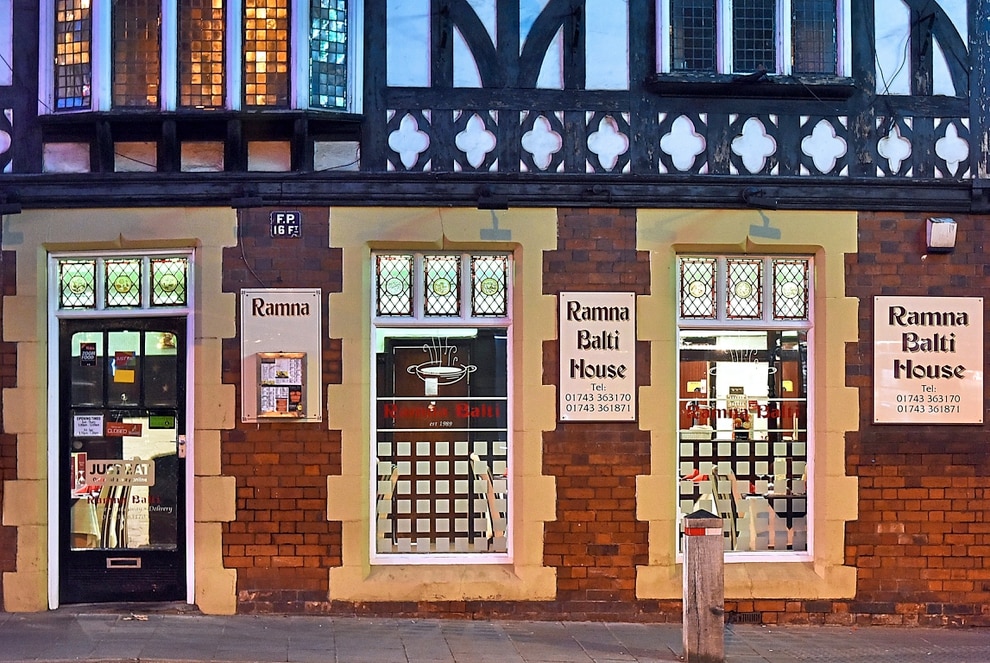 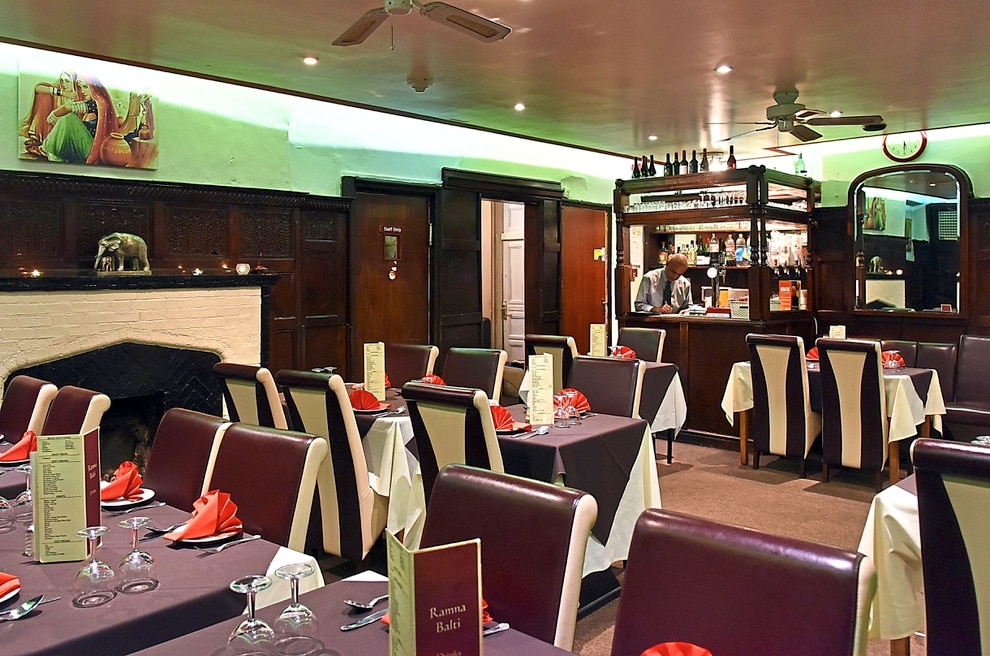 Stepping across the threshold of the unprepossessing restaurant at the foot of Shrewsbury’s Wyle Cop is like stepping back in time.

I’m sure the walls have been decorated sometime since 1993, but they don’t look as though they have. Everything is redolent of a time when baltis were cool, when they represented a paradigm shift in the restaurant scene.

As The Wonder Stuff, Pop Will Eat Itself and Ned’s Atomic Dustbin were taking the Black Country to the top of the charts, so simple Indian curries served in wide bowls and scooped up on fluffy, table-sized naan breads were the coolest thing this side of Mumbai.

Ramna, however, isn’t cool. It has an exceptional, hard-working, remarkably polite and extremely efficient restaurant manager, an out-dated dining room and food that is so-so. But we’ve rushed ahead, as ever we do. And it’s time to back up and return to square one.

Shrewsbury has a brilliant global eating scene. There are two Japanese restaurants, one serving pan-Pacific fusion (we don’t know what that is either, but the food is great), restaurants specialising in Thai, Bangladeshi, Indian and Himalayan cuisine, Italian eateries and a half-decent tapas bar.

Competition is intense – and perhaps that’s why Ramna was quiet when my partner and I popped in for an impromptu mid-week supper.

A solitary fella in the corner was munching his way through a bowl of curry, a couple of regulars popped in later and two men who over-ordered because they were half-cut and that’s what half-cut people do were the only other punters in the joint.

The interior was as colourless as the evening sky. There wasn’t much to look at, save for a tiny bar in the corner and a waiting area for people ordering take-aways or hoping to get a taxi. And getting a taxi seemed the best thing to do when the starter arrived.

It wasn’t very good at all – not quite the worst thing I’ve eaten, I think that dubious honour goes to a pub somewhere on the Staffordshire/Shropshire border that managed to make risotto like Solvite. Who knew risotto had so many uses?

But the chicken pakora was as dry as the skin between an elephant’s hoof. After a drought.

Small cubes of once tender chicken with a texture redolent of biltong were coated in mildly spiced orange flour and presented with a wan salad and slice of lemon. I ate two of the four, cut the third in half then tried to cover them up by balancing a horizontal knife across the plate like a knife gymnast.

“Is everything alright,” asked the restaurant manager who, for my money, is probably the best in Shrewsbury town centre.

“Saving room for the main,” I said, evading the question like a seasoned politician.

The restaurant manager wasn’t having any of it. “But is everything alright? We always ask questions to make sure there aren’t any problems.”

Diligent. Experienced. Professional. Charming. My heart melted and I wished the chicken had been a little plumper, a little more moist, a little less dry so that I could give him an honest answer and find a positive. Alas. Our mains were not much better. The balti featured tiny, over-cooked, bespoiled prawns.

The sauce wasn’t great. It had the colour of gravy in a workaday pub and was a mush of onion, tomato and indifferent spices. You need good ingredients to make good food, but there was little evidence of providence, a great sourcing – or, indeed, saucing – policy at Ramna. I hoped against hope that my chicken balti would save the game by scoring an 89th minute backpost header. It didn’t. I poked around at the edges for a while, became mildly frustrated that the chicken was as overcooked as the pakora.

And then the two drunk men arrived. Great. Entertainment without having to buy a ticket. The restaurant manager dealt with them expertly. Condescending, patronising and reasonably unpleasant, they pointed to a neighbouring table and declared: ‘We’ll have one of those.’ ‘Make that two’, said the drunk’s drunk friend, Fast Eddy.

‘Two naan, two chips and two of whatever the next table is having’.

I cried inside for the next table. Fools. The naan were big, generous, fluffy and the best thing about our meal. But even a drunk sloshed on a dozen pints couldn’t have eaten all of that food.

‘And an Indian beer’.

I think they were playing Drunk Snap. It was time to get our coats.

The naan, incidentally, were brilliant. And a jug of mango lassi was also pretty good. We heard the blender whizz as the chef made it at the start of our entertaining but culinarily-depressing evening.

Oh gawd. We’ve got to give it marks now, though I think you can probably deduce a score from what’s gone before.

Let’s take the positives. A great, generous jug of lassi plus naan is worth two marks. The restaurant manager was worth three – he was utterly, utterly brilliant – and the food was worth… So it’s a five out of ten score for Ramna. And some of you may conclude that we’re being needlessly generous because these days we’re nice about damn near everyone.

TripAdvisor rates Ramna as the 166th best restaurant in Shrewsbury. You can make up your own minds about that. Service is so, so important in a decent restaurant. But restaurant managers need a half-decent product to sell. And Ramna needs to cook with greater precision, spice food with greater skill and bring a little more love to the plate.