Telford ‘hidden gem’ to get a huge renovation

It is undoubtedly one of Telford's hidden gems. Originally designed to emulate the upper classes on a middle class budget, Sunnycroft estate is now preparing for one of its biggest renovation projects yet. 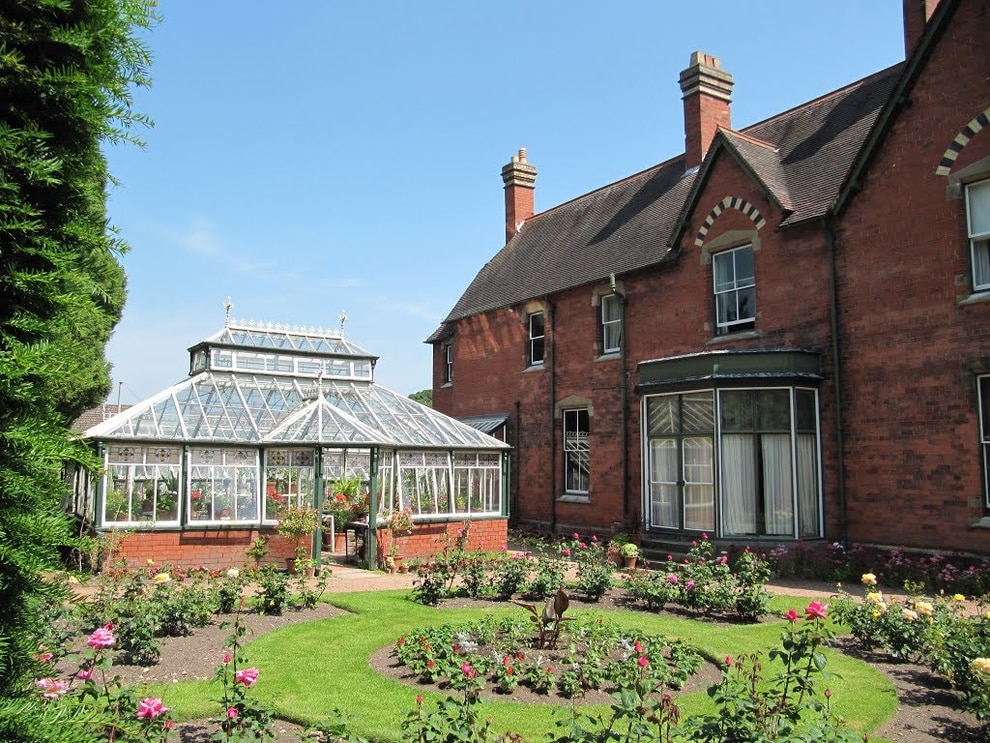 The conservatory seen from the gardens at Sunnycroft 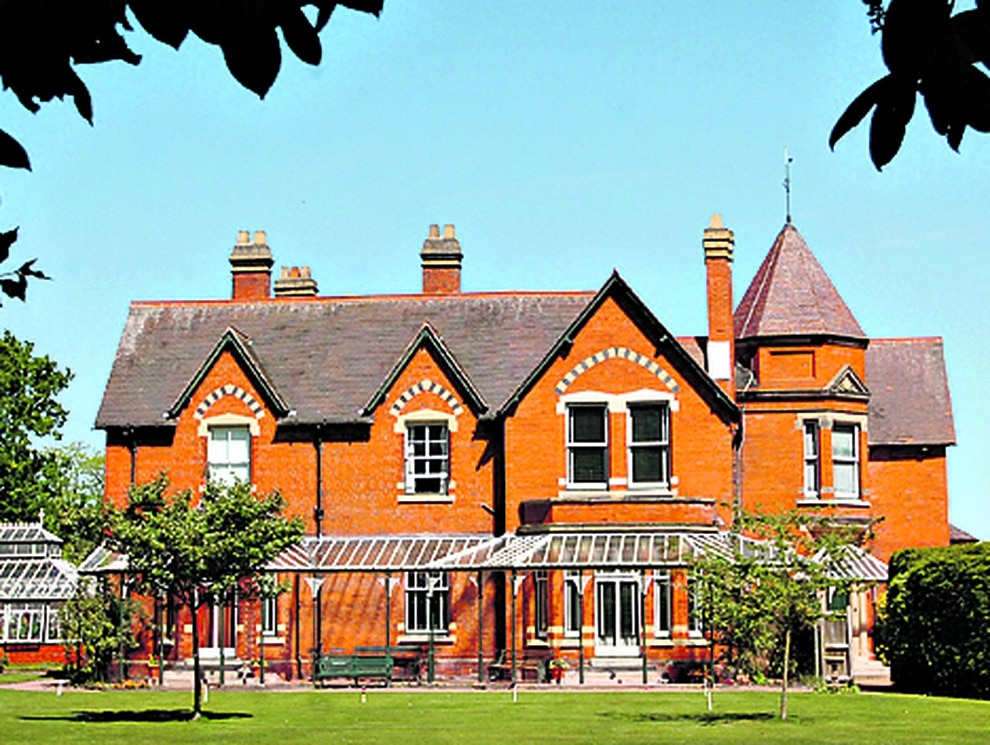 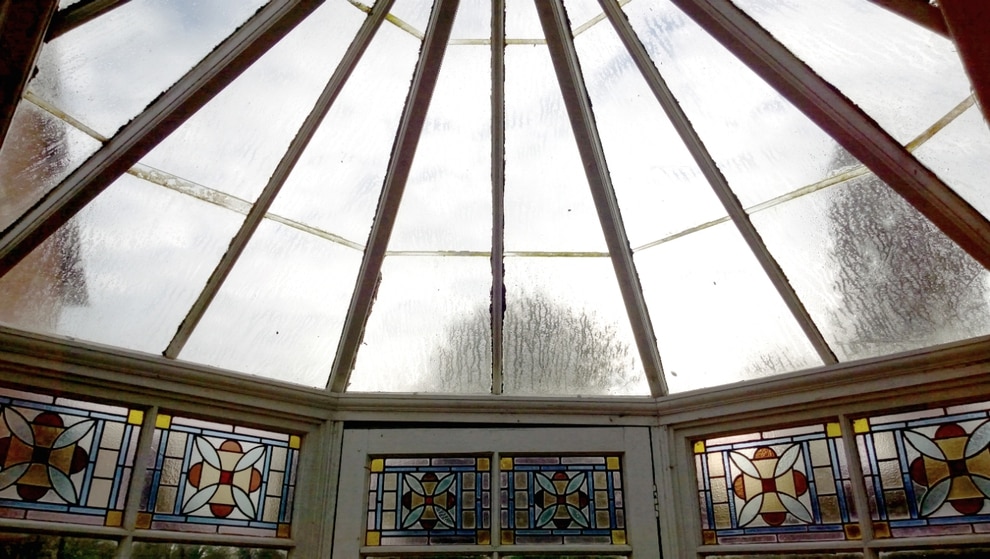 Surrounded on three sides by housing, and the fourth by a busy B-road cutting through the south of Wellington, its lavish driveway is understandably missed by many who do not even know it exists.

But following a steady flow of visitors over the hot summer period, the National Trust plans to renovate one of its only Halliday glass house, and one of the few left in the country.

After achieving grade II listed status of its own in 2007, the Halliday's stand-alone historical relevance and prestige will be getting a complete makeover in 2019.

Richard Swinscoe, property operations manager at Sunnycroft, said: "Named after the company that built it, the Halliday is significant because of its scarcity and the fact it's original, rare features are amazingly intact.

"It's a prime example of a glass house in that period when late Victorians were really interested in horticulture –- this was the absolute pinnacle in not just gardening, but also construction in that time.

"Over the years it has been under general maintenance but it's got to the stage where it needs some proper remedial conservation."

As part of the Telford 50 celebrations, Sunnycroft's Haliday was awarded a legacy fund to contribute towards the renovation in the 50 Buildings at 50 project.

Originally built in 1879, the extravagance of the estate's present layout is thanks to Mary Jane Slaney, a prominent figure in Wellington who doubled its size in 1899, providing the terrace for the current cafe, the glasshouse and much of the building accessible to the public today.

But it has not always been a state of sunny affairs, as the five acre property faces many of the challenges brought by environmental changes and increased use.

"One thing we've really struggled with here this year is keeping the garden in tip-top condition," said Richard.

"When people come to a National Trust garden they have a certain expectation, and many families come to Sunnycroft specifically for its incredible greenery.

"The lack of rainfall and then the intensity of it when we do get it affects not only the house but our work on the outside.

"Our team struggled massively with that this year, but to the credit of our gardener, Joel, and the rest of the team, we haven't lost any of the plants which is brilliant.

"For Sunnycroft, I think one of the biggest changes in the coming years will be how we react to the weather affecting the gardens, orchard and whole property."

With so much to see packed into this relatively small suburban villa, the team of volunteers face constant pressure to open more rooms of the house, while ensuring the mounds of more than 8,000 items left by the previous owners remain part of its legacy.

Richard added: "There's always pressure to open more rooms, but the one thing Sunnycroft has over some other trust locations is stuff.

"Some of our older visitors still remember the previous owner, Joan Lander, and she hoarded everything.

"We have a massive amount of ephemera. Everything you can imagine. We'd love to open up more space but we've got an awful lot of stuff stored away and it all holds a historical relevance so we can't just throw it away.

"We're constantly thinking about risks to the public to keep them and the house safe. There's a fine line between throwing items away and opening up more rooms."

Most famously, Joan Landers' medicine cabinet can still be seen filled with medicines from across the last century, along with the pantry containing a shelf stocked with a selection of original jams made from the fruit grown in the orchard.

It offers an abundance of history both inside and out, boasting rooms filled with original items from years gone by, with five acres of beautiful gardens that still contain their original zoned areas, including a rose garden, herbaceous border, rockery, orchard, large lawn, and five hens still providing eggs to the estate.

Look hard enough and you'll find a second hand bookshop tucked away in the old apple store, a Daimler car in the stables garage and the Sunnycroft tea room in the 120-year-old terrace.

Richard added: "At a property as small and domestic as Sunnycroft, visitors expectations are wide ranging.

"I hope that it feels like a hidden treasure and a really special home that for a time they are guests of.

"I know all the volunteers and staff who meet the public every day welcome them and want to share stories about the family and the history.

"It’s a great place for families to play and explore and I think people will feel a really strong connection with it being in the heart of Telford."

Claim to Fame: Originally built by a brewer on three acres of land, it was bought by Mary Jane Slaney, the widow of a wine and spirit merchant who extended the house to what it is today.Greatly untouched, it remains a true image of an Edwardian household.

Making museum as un-stuffy as possible

Like all National Trust properties, Sunnycroft would not be operational without its volunteers.

Working tirelessly, they are the key behind what makes the miniature estate as full of life as the day it was built. But unlike other museums, Sunnycroft is not just a place to see, it is a place to do.

The National Trust makes every effort to make the attraction as un-stuffy as possible. That means encouraging activity, noise and the exuberance of young families. Whether it be stepping back in time to play croquet in the gardens, or taking refuge in one of the stately rooms within the house to try your hand at needlework, the estate engulfs those who visit in a rich list of activities.

For over a century the families living at Sunnycroft have played tennis and had garden parties on the main lawn. Now a badminton net, skittles and croquet set can be found within the grounds to give visitors a taste of what Edwardian pastimes included. Numerous garden parties and picnics are also organised throughout the year, using the five acres of estate grounds to their full potential.

The suburban villa may be small, but with the team of more than 120 rotational volunteers using all of the assets the previous families provided. In an orchard where a hanging sign tells the tale of young schoolboys that used to hop the garden fence to pinch fruit, fresh damsons still grow ready to pick, along with pears, plums and apples.

The excess fruit that would have been sold at Wellington market by the previous owner is still used to make jams and preserves, and can even provide visitors with a day of apple pressing.

The last batch of jam made by Joan Lander, in 1997, can still be seen in the larder of the house, with the original hand-written labels.

Fun on the menu as 15,000 tuck in at Ludlow Food Festival