An action group is consulting on a town’s GP provision after residents raised fears the current surgery wouldn’t be able to handle future development.

Shifnal Matters was set up in December to represent the townspeople and respond to Shropshire Council’s Preferred Sites consultation, and now organisers are gathering evidence for what they say is the town’s “urgent need” for a new GP surgery building.

The group’s latest meeting was held at Shifnal Village Hall on Friday, with hundreds of residents packing out the hall to learn about the group’s plans and take part in a question and answer session.

The group was initially formed due to concern over the county council’s plans for development in the Shifnal area.

Member Kieron Mullan shared the results of a previous survey by Shifnal Matters, to which 75 per cent of respondents said the Shifnal branch of the Shifnal & Priorslee Medical Practice was “insufficient to withstand future development”.

He raised concerns that people sometimes struggled to get through to the practice when booking appointments, but said that new VoIP technology was being introduced to alleviate the problem.

One resident at the open meeting raised non-attendance of appointments as an issue that contributed to wasted time.

A business case exercise for building a new practice in Shifnal is underway now, and Shifnal Matters estimates that construction on a new building will begin in December this year.

Mr Mullan encouraged Shifnal residents to fill out a survey in order to share their views in a “thorough and well-presented” way with the practice and the Shropshire Clinical Commissioning Group.

Paper copies of the survey were given out at the meeting and can be returned to Katrina’s in Cheapside and Shifnal Library in Broadway, and a link to an online survey can be found on the Shifnal Matters Facebook page.

All survey results must be submitted by March 22, when they will be collated.

Mr Mullan said: “The Local Plan was the catalyst of this group, but we’ve taken on board feedback from residents and we want to make sure that their voices are heard.

“We are transparent in the way we operate, that for me is the key message.

To fill out the survey and learn more about the group, visit the Shifnal Matters Facebook page.

Concerns voiced over conversion plans for former pub near Telford 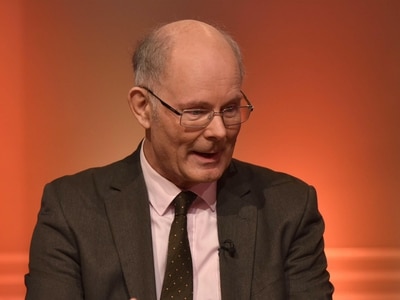 Scottish independence support ahead in polls for ‘sustained period’ – Curtice