This will come as no comfort to the long-suffering residents of Shrewsbury, the Ironbridge Gorge, and Bridgnorth, but it could have been – and has been – worse. 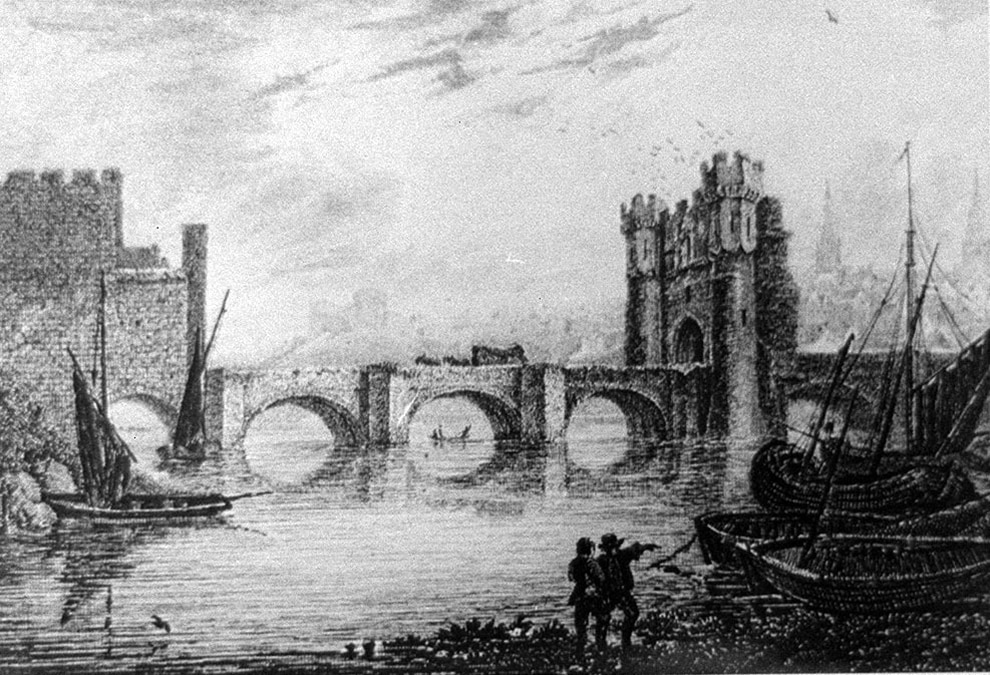 The old Welsh Bridge at Shrewsbury. 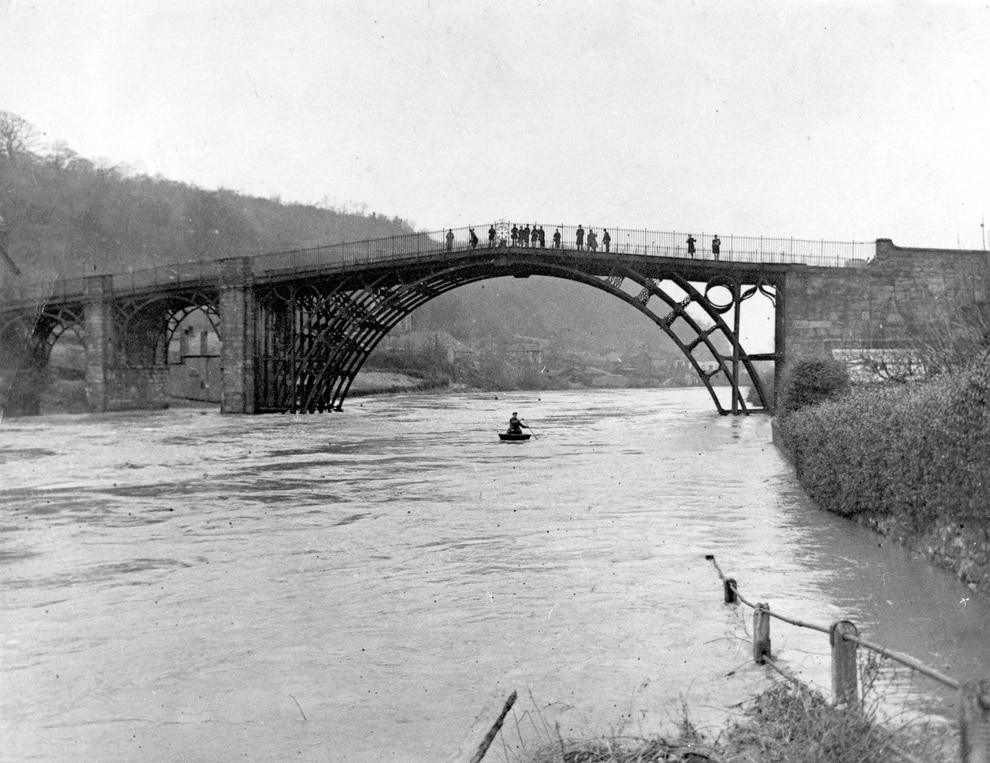 A report in the Shrewsbury Chronicle of Friday, February 13, 1795, telling of The Great Flood.

The Great Flood of February 1795 was a hugely destructive event which swept away bridges and wrecked homes.

Here is a flavour of the impact, through edited extracts of the report in the Shrewsbury Chronicle of Friday, February 13, 1795 (with original spellings).

"In consequence of the sudden thaw after so long a frost, the Severn has overflowed its banks to a higher degree than ever was known in the memory of man.

"The town (i.e. Shrewsbury) is, therefore, now nearly an island; neither the Mail-Coach or any other carriages could get out of town on Wednesday morning, the water being so deep at both the bridges.

"A great deal of loss and damage has been sustained by many of the inhabitants who had property near the river. Great quantities of timber have been carried away by the violence of the flood; several houses are fell in, and the furniture entirely swept off.

"Coleham-Bridge is so much damaged, by one of the arches giving way, that it must be wholly taken down and rebuilt.

"The inhabitants in Frankwell, Coleham, Cotton-Hill, and the Abby-Foregate, cannot leave their habitations but by boats. A number of horses, cattle and pigs have been drowned, and many houses have had the water upwards of 10 feet deep in them.

"A house on the end of the Old Welsh Bridge, and a Boat-shed which was lately erected on the river side, opposite Roushill-Wall, were both driven down the stream.

"The damage done to the different mills, malthouses, &c. in and about the town, is very considerable; and the loss sustained by the different timber-merchants is supposed to be upwards of a thousand pounds."

Praise was due to humane gentlemen who helped the flooded poor, and several boats loaded with fresh meat, bread, cheese, and so on, were sent to their relief, with food given to them through their chamber windows.

Many of the inhabitants owed much to the Watchmen for giving the alarm of the rapid rise of the river during the Tuesday night and early hours of Wednesday morning – "a striking instance of the real utility of our Nightly Watch."

On Wednesday a boat was overturned and a man drowned. Others had lucky escapes.

"The scene in many places was distressing in the extreme! The flood, when at its height, on Wednesday night, exceeded the great flood in 1770, by several inches perpendicular. The water fell yesterday evening about three feet."

While the report speaks of Wednesday night being the peak, it is recorded that the flooding level on Saturday, February 14, 1795, was 20ft 3.5in – it's not clear whether this means the river rose again.

"Cound Bridge was forced down by the flood on Monday night last; and Long Bridge (built only last year) was thrown down on Tuesday night; as were also Bolas & Buttington Bridges.

"The Grand Canal in the Lawn at Sundorn burst from its bounds yesterday across the road leading to Uffington, and inundated the grounds, &c. below. We hear also that Uxbridge, Bewdley and Buildwas bridges are thrown down."

There were more details published the following week in the February 20 edition.

"At Blodwell, near Oswestry, the River Thanet rose to an uncommon height, such as was never before experienced. At Oswestry, the cellars and ground floors of several houses were filled with water, and considerable damage done. At Ludlow and its neighbourhood, the Team and the Corve overflowing to a great degree, threw down a number of outbuildings, pigstyes &c. and drowned many horses, cattle and pigs.

"Two houses were washed away just below the iron-bridge, and the water was several inches deep in Madeley-wood furnace; but by proper exertions and timely precautions, it was saved from being blown up.

"The Wooden Bridge, below the Iron Bridge, was much damaged; and an Accompting-house (a wood building) carried whole, with its contents, down the river.

"The Iron-Bridge 'brav'd the storm,' firm as a rock. At Bridgnorth, the inhabitants of the Low Town suffered very much; and the long wall at the Rock above the Town Mills, was entirely washed away.

"The bridges down the river have mostly been damaged, that at Stourport has given way, and Bewdley bridge has been much injured."