Business as usual for Bridgnorth Cricket Club as travellers move on

It is business as usual at Bridgnorth Cricket Club after travellers were made to leave their cricket pitch.

The club said there had been some damage to the cricket square and outfield, but that there was nothing too bad. It is hoped that it will be repaired in time for an under-19s match set to go ahead tomorrow night.

The cohort with six caravans arrived at Bridgnorth Cricket Club on Sunday and set up camp in the grounds off Victoria Road.

They left the site at about 10pm last night.

The group originally moved a heavy iron gate to gain access, probably with large machinery, and made themselves at home in the outfield.

Mike Mooney, the club's secretary, said a warning had gone out to clubs across the region to update their security.

"They left at 10pm last night and we have now resecured the ground," Mr Mooney said.

"There is some damage to the cricket square and the outfield, but nothing too bad. We have got an under-19s match tomorrow evening and we are confident that will go ahead.

"There's an amount of rubbish on the site that we'll be clearing today. There's damage where there has been fires, but it's not too bad."

"It's a case of getting our band of volunteers in today and working hard and getting things as close to normal as they can be," he said.

The travellers forced their way onto the ground, and Mr Mooney said security would be reevaluated in the coming weeks.

"We will be changing things security wise to make things much more difficult," he said. "We know how they managed to get in – by lifting the gates off. We'll be making sure they can't do that.

"We've also warned other clubs in the area to mind their security."

The club is unsure how much it will cost to repair the grounds at this point.

The ground is part of Bridgnorth Cricket & Hockey Club, which is surrounded by Sainsbury’s, St John’s Catholic Primary School and the town’s football, tennis and bowling clubs in High Town.

Both the first and second teams still have several fixtures to play. 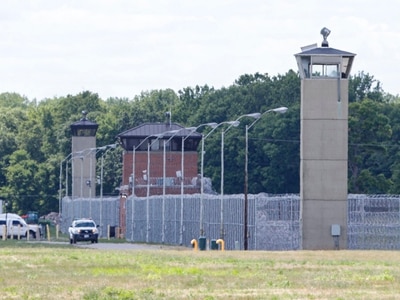