In 2014 it was described as “a model that others could follow” but less that four years later the alliance between West Mercia and Warwickshire police is being scrapped.

The decision, taken by West Mercia Police and Crime Commissioner John Campion, and the force’s Chief Constable, has been met with shock and disappointment from their Warwickshire counterparts.

Mr Campion said the decision to end the strategic alliance, which was set up in 2012, would ensure the Shropshire public get “better value for money”.

Warwickshire crime commissioner and Mr Campion’s fellow Conservative, Philip Seccombe, expressed surprise and said he was “hugely disappointed” at a decision that would have “significant implications”.

The alliance was set up as a way to deliver services across Shropshire, Telford & Wrekin, Warwickshire, Herefordshire and Worcestershire.

Under the agreement, the West Mercia and Warwickshire police forces share a number of services such as IT, human resources and corporate communications, as well as supportive policing services, such as the dogs and firearms units.

It is understood further discussions will take place over how those services will work in the future.

A 2014 review of the alliance by the Police Foundation spoke in glowing terms about the arrangement.

It stated: “The achievements of the strategic alliance to date are significant and should be trumpeted as a model that others could follow.”

However, a joint statement from Mr Campion and the chief constable said: “The decision has been made to deliver more effective and efficient services to communities in Shropshire and Telford, and ensure the public get better value for money”.

Mr Campion said: “This has been a carefully considered decision with communities in mind, and both the chief constable and I, are in agreement that this approach will enhance and improve the service moving forward, with a greater focus of supportive services towards communities in Shropshire, Telford and across West Mercia.

“How exactly this will look over the next year will be worked in detail, with our communities and workforce at the forefront of any decisions.”

Chief Constable Anthony Bangham added: “This is a positive start for a new chapter for West Mercia Police. It opens up opportunities to deliver more efficient and effective policing services, providing the very best protection to our communities, and a greater clarity and focus in Shropshire, Telford and across West Mercia.

“Whilst officers will respond as they always have, local policing will be enhanced, by improved supporting services. Work is under way to shape this, refocusing where collaborative arrangements are currently in place.

“The planning of this journey will now commence at pace, with immediate effect and we will continue ensure our workforce and key partners remain informed throughout this process.”

Mr Campion’s office said that a formal process has now started to bring the existing strategic alliance to an end on October 8, 2019.

A spokesman confirmed it will include negotiations with Warwickshire Police “to identify where efficiencies may remain and be maximised through a different shared service arrangement”.

Mr Jelley said his force did not support the decision.

“Our two forces entered into a strategic alliance in 2012 which has been recognised nationally for the extensive nature of its collaboration and has demonstrated significant benefits from shared working. In fact, it has allowed both forces to save more than £35m and maximise resources to frontline policing.

“Despite this announcement we are committed to ensuring the day-to-day operational focus of Warwickshire Police continues to be on protecting the public from harm and keeping our communities safe.”

Mr Seccombe said: “Since I took office in May 2016, I have been strongly supportive of the alliance between Warwickshire Police and West Mercia Police, which has delivered considerable savings and operational benefits for both forces, receiving national acclaim in the process.

“I am very surprised therefore by the decision by the West Mercia PCC and Chief Constable to end the strategic collaboration between the two forces. This is a hugely disappointing development which I do not support.

“The implications of this decision are significant and I will be working with Chief Constable Martin Jelley to minimise any impact on our communities, partners and workforce. I want to assure the public that throughout this period, Martin and I are determined to ensure that Warwickshire Police continues to deliver a high-quality service to our public.”

160 jobs saved as Telford, Redditch and Worcester logistics firm sold out of administration 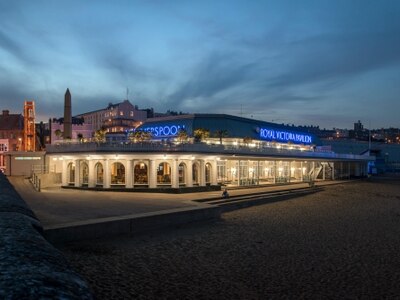