Tom Watkins insisted it was ‘job done’ after Telford Tigers booked their place in the NIHL North Cup final. 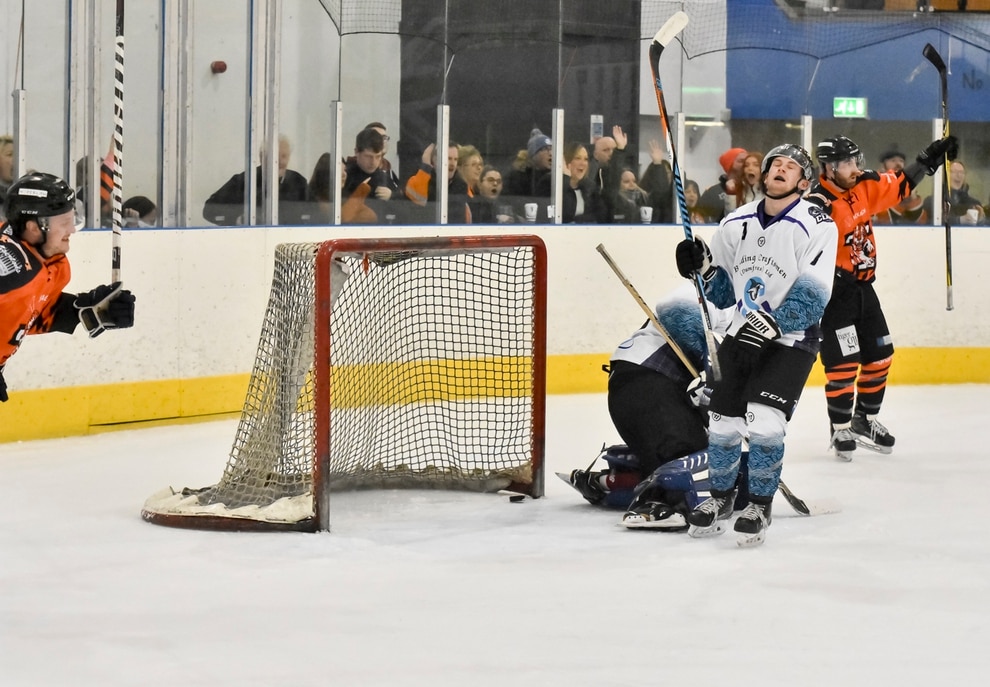 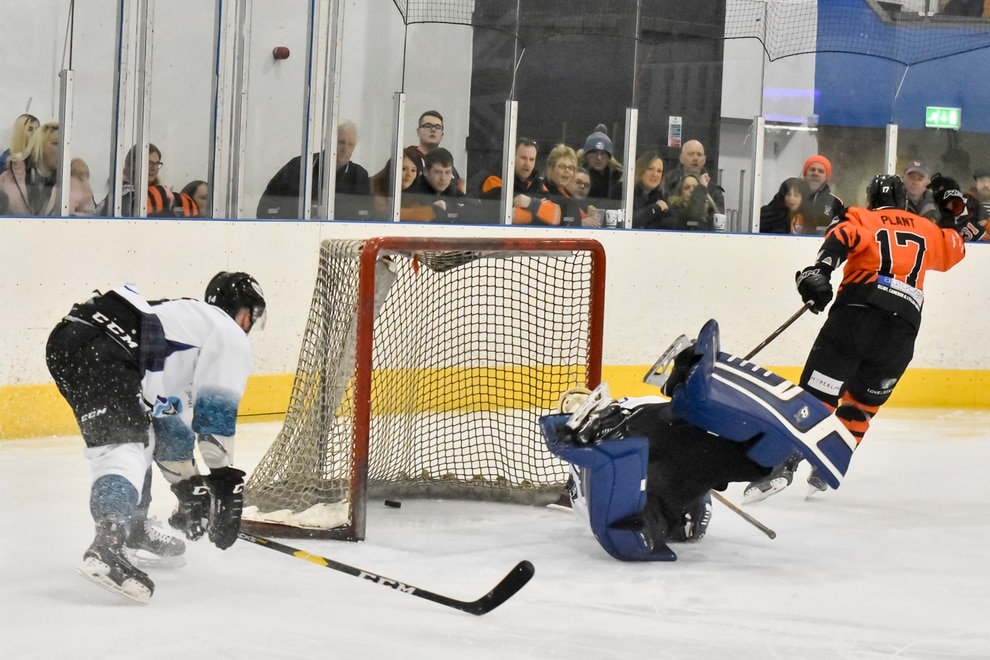 Solway's keeper looks back as Ricky Plant skates away celebrating Jason Silverthorn gets hit from behind into the Solway Net 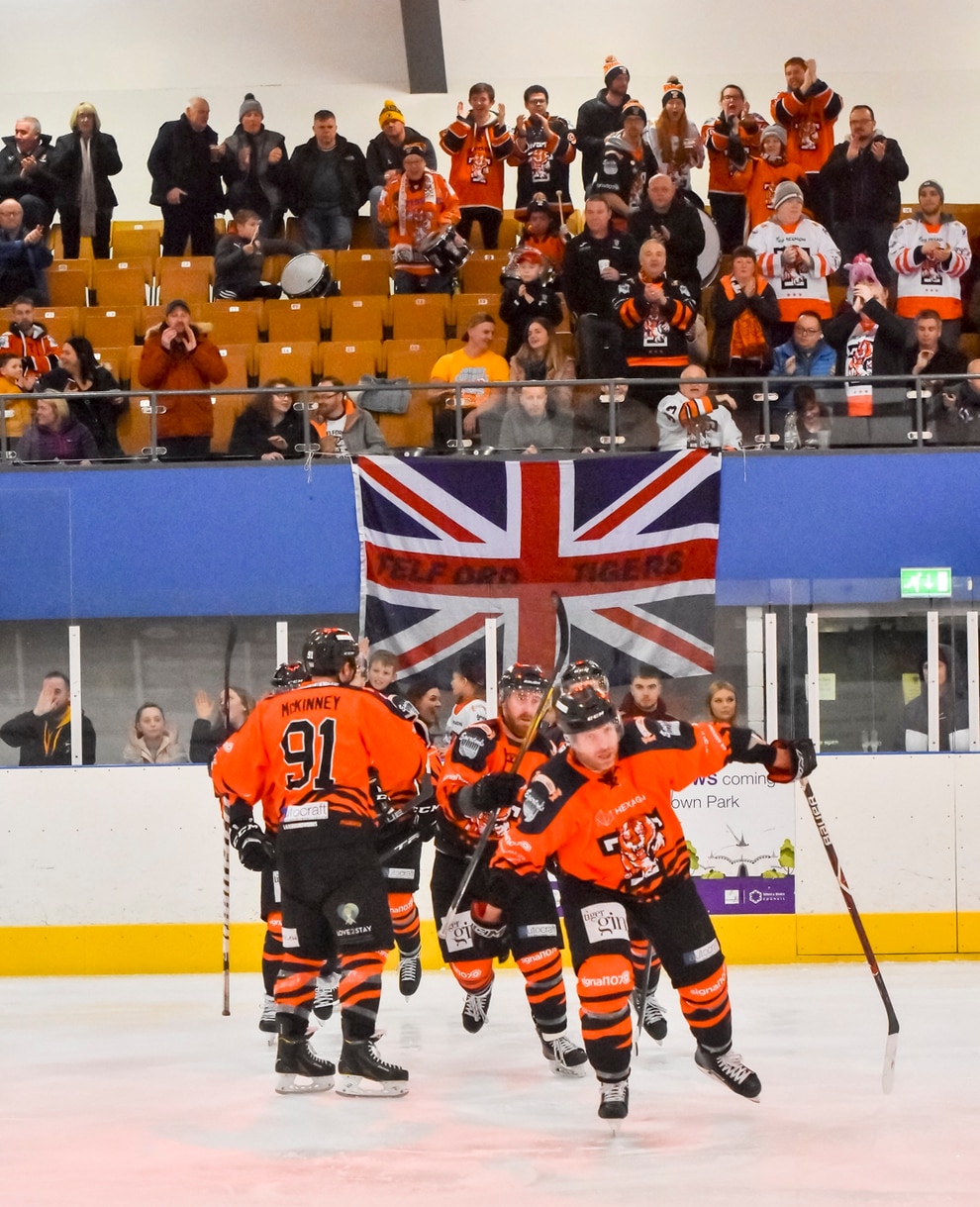 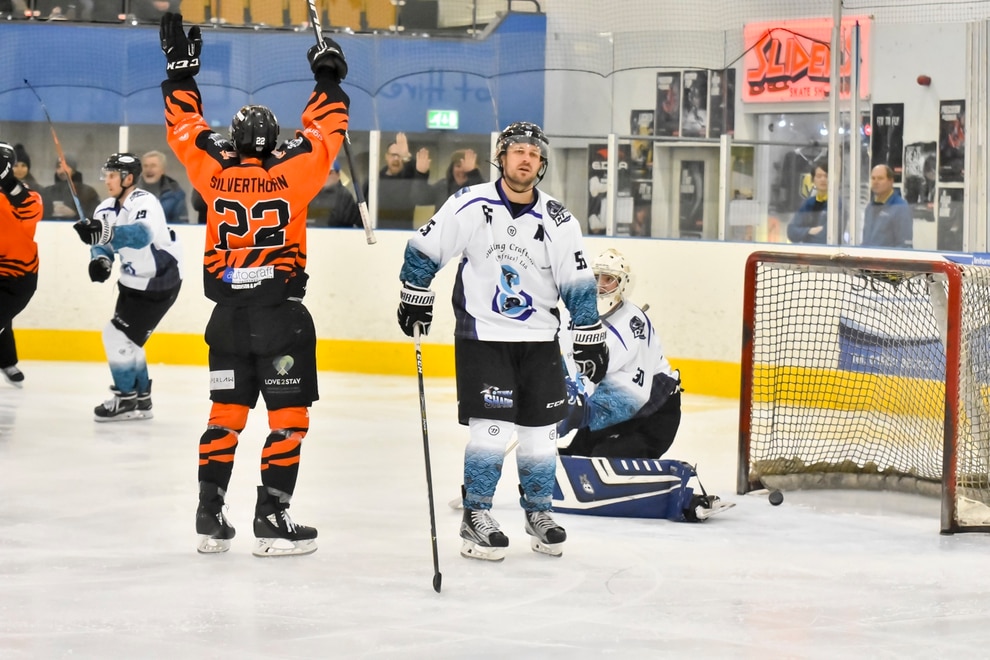 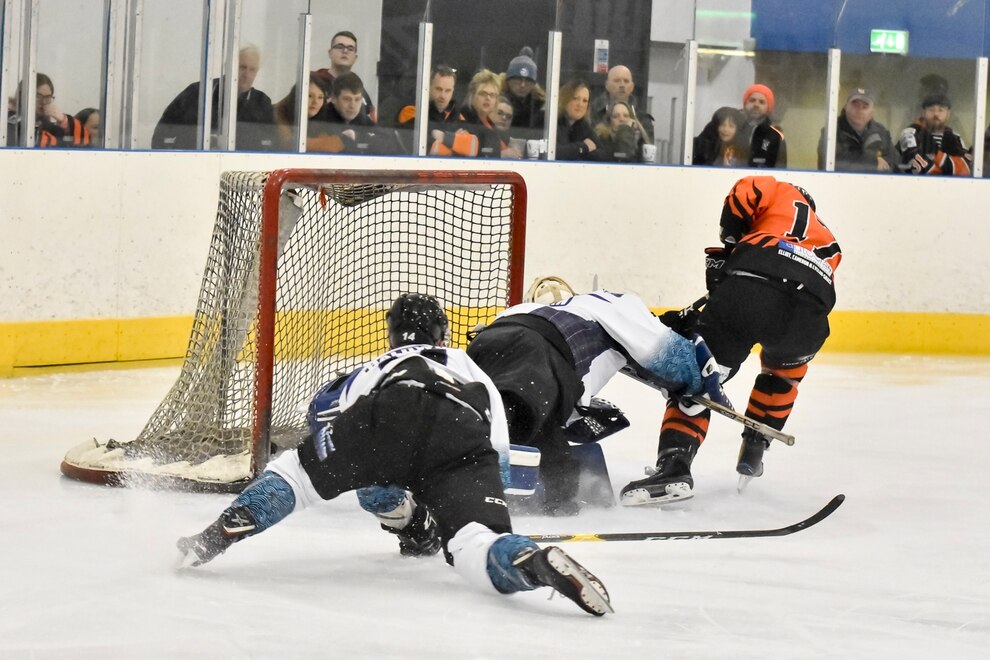 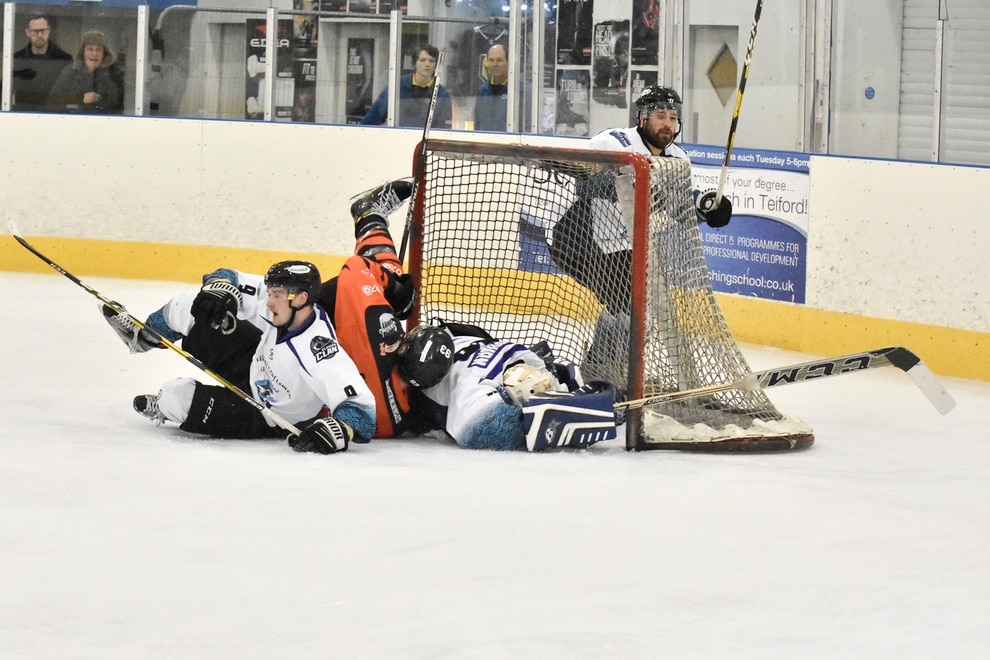 Doug Clarkson gets taken out in the Solway Net

A 5-2 victory in Dumfries the previous evening proved vital, but Watkins paid tribute to the Sharks.

“I’m pleased to advance to the final, it was not the result we wanted on the night but we essentially achieved our goal,” he said.

“We nearly doubled the shots on goal total over Solway, but didn’t take advantage. Solway kept pressing and brought the tie to within one goal.

“Credit to them, they are one of the hardest working teams we’ve come up against and they made it an exciting match.”

Tigers, who lined up without Corey Goodison, Joe Hazeldine and Dan Mitchell, started the game a little lacklustre.

The best chance of the period for Tigers fell to Jason Silverthorn but, as he broke in on goal, Calum Hepburn managed to poke check the puck away before he could shoot.

Solway took the lead in the 17th minute when the always dangerous Cale Tanaka shot wide of the goal but managed to collect the puck and skate around the goal and score before Tom Hovell could recover his ground.

Jack Watkins got the crowd on their feet with a big hit on Solway’s Lewis Baldwin but Tigers couldn’t get a goal to draw level. Solway came out for the second period dominating the play and after just 37 seconds Peter Gapa forced the puck home from close range.

Tigers were living dangerously and were forced to scramble the puck from their own goal crease as Solway pushed.

Jack Watkins continued to show his physical presence with another big hit on a Solway player and in the 25th minute Tigers settled the nerves of the crowd with their opening goal.

Warren Tait battled to win the puck and managed to clear it out of the Tigers’ defensive zone to Ricky Plant who skated in on goal and showed fantastic stick handling skills to beat Hepburn with a sublime finish.

And the hosts drew level on the night when Doug Clarkson found Adam Taylor in the left circle and Taylor shot low into the net past Hepburn.

However, within a few seconds Solway scored their third goal when Scott Henderson’s wrist shot flew into the top corner past Hovell.

Solway scored a fourth goal early in the third period, Henderson scoring his second goal of the game from a tight angle.

The home crowd’s nerves were settled a minute later though as Plant once again showed great puck retention to create space and fire a shot in on goal which was tipped by Silverthorn past Hepburn.

Solway continued to pressure the Tigers’ defence but the experience of Tait and Jonathan Weaver allowed them to run out the clock and progress to the final, where they will meet Sheffield Steeldogs.