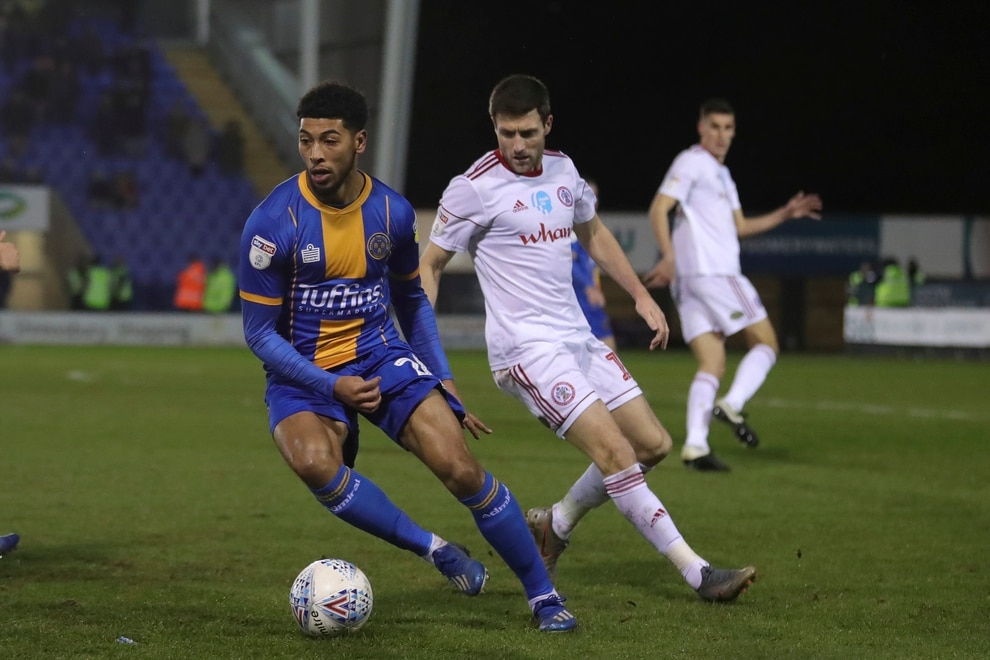 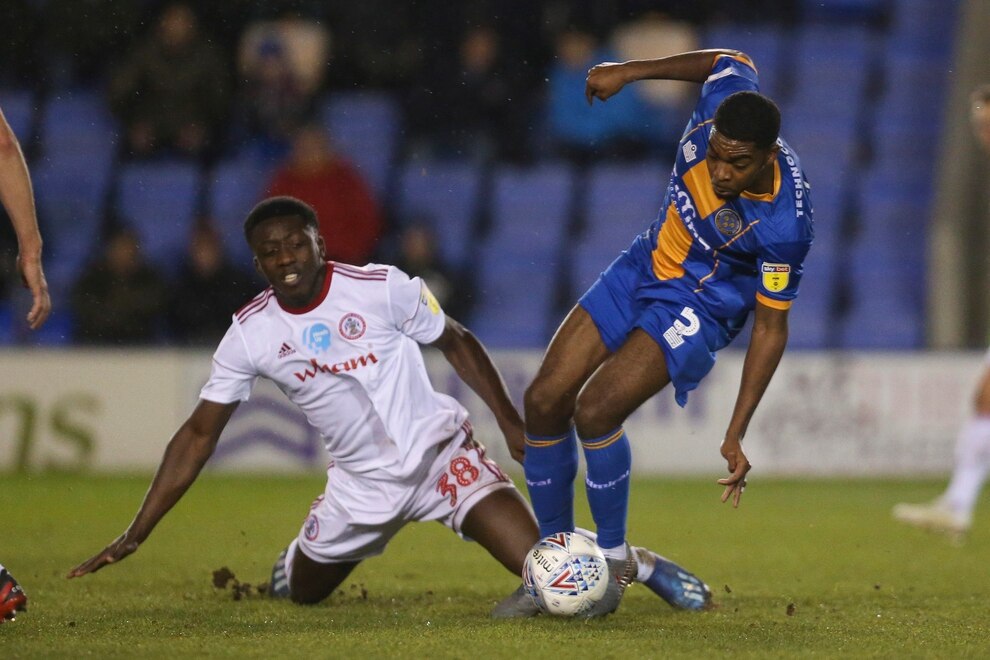 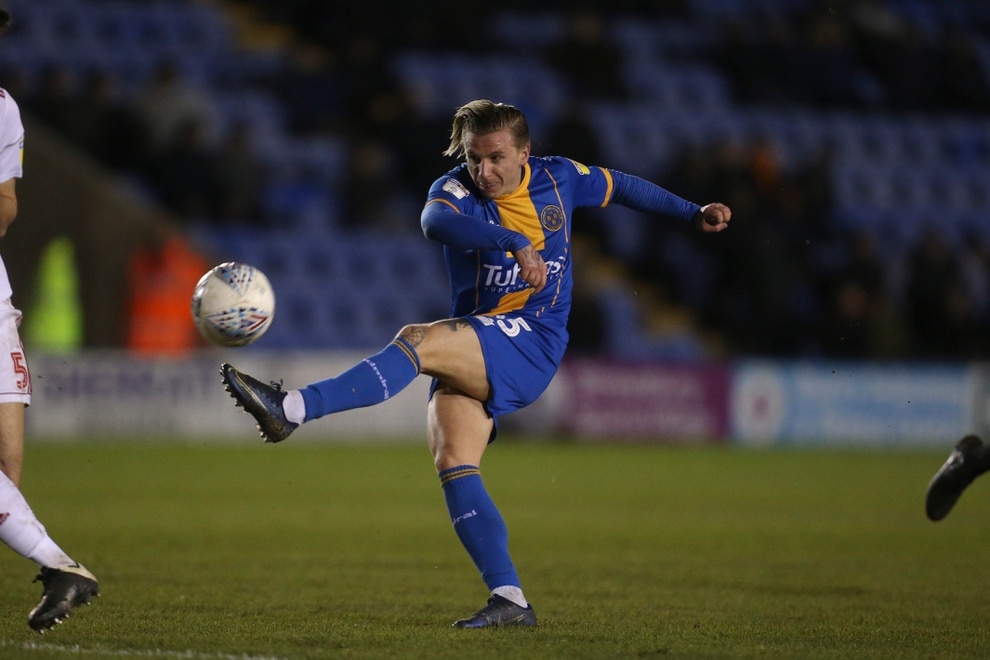 Jason Cummings of Shrewsbury Town has a shot at goal (AMA) 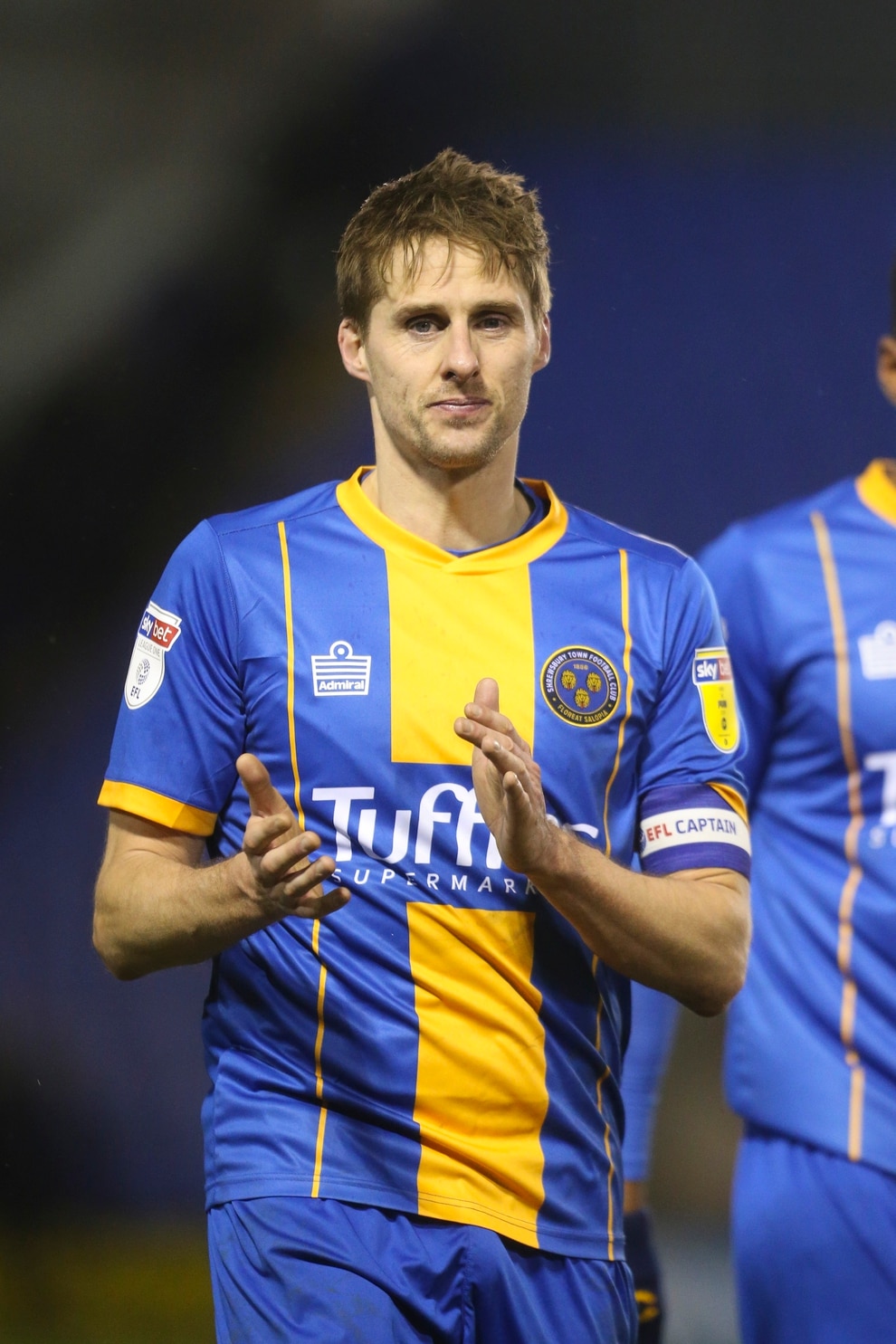 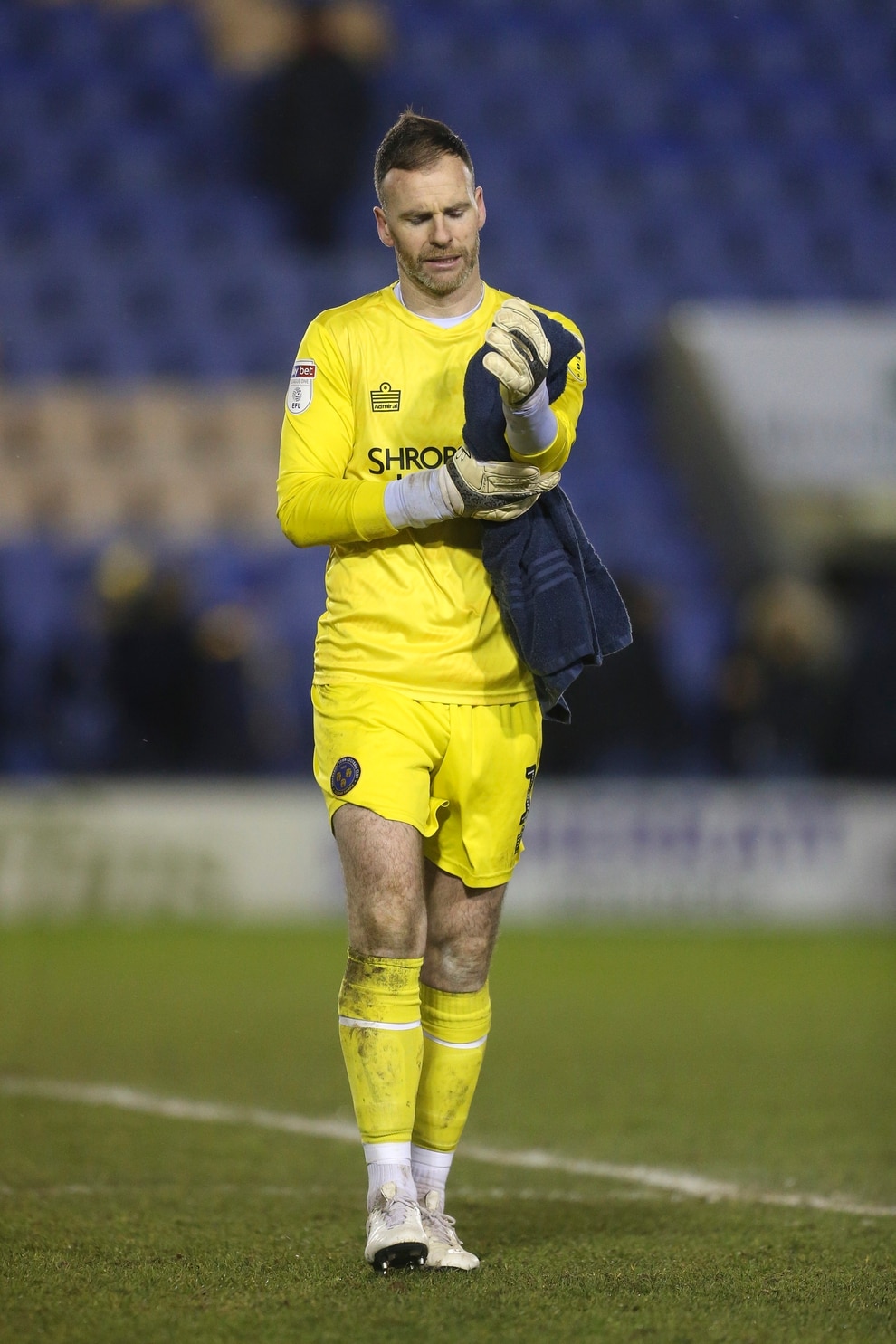 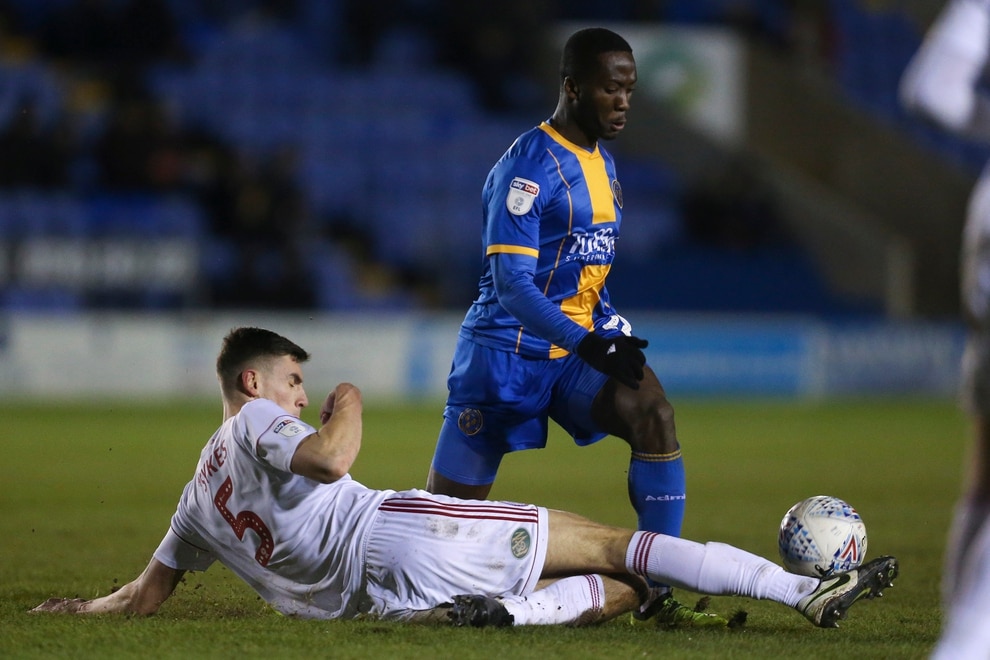 Midfielder Grant whistled in a long-range strike on 13 minutes before Clark converted a rebound 19 minutes from time.

The barren run of wins cranked up the supporters’ frustration on boss Sam Ricketts whose side looked devoid of confidence.

Fans let their feelings be known late on as Town limped to another forgettable result to drop to 17th in League One in front of a sparse and angry Montgomery Waters Meadow crowd.

Daniel Udoh impressed in the Meadow draw against MK Dons but found himself on the bench.

Callum Lang came in as his replacement, one of three changes alongside wing-backs Scott Golbourne and Donald Love for Aaron Pierre and Kayne Ramsay respectively. Beckles shuffled back across to centre-half.

Joe Murphy continued between the sticks with regular No.1 Max O’Leary remaining a substitute.

Stanley, with just two wins on the road in the league all season, featured familiar names Grant and Jordan Clark.

Young Wolves loan duo Sadou Diallo and Benny Ashley-Seal featured in their side, with ex-AFC Telford loanee Josef Bursik – on loan at Stanley from Stoke – in goal.

The visitors were fresh with the bonus of a free weekend last time out, where John Coleman took in Town’s draw against Dons.

A sparse Meadow crowd greeted the players on a freezing Shropshire evening as what remained of Storm Ciara and the newly-arriving Storm Dennis took grip.

Those in attendance were hopeful of seeing Ricketts’ men manage a much-needed return to winning ways in the league. It certainly felt a long way from a sold-out Anfield seven days earlier.

The South Stand safe standing support banged their drum in an attempt to raise the ante.

The hosts looked like starting with purpose as Conor McAleny fired over from distance. Town were sloppy at times and wasteful pieces of possession from Dave Edwards and Ethan Ebanks-Landell eventually saw Beckles booked inside 10 minutes.

Lang and McAleny were lively early on but to no avail. The latter had a crisp goalbound effort well blocked.

As it appeared the onus would be on Salop to break down their visitors, backed by a tiny pocket of followers, Stanley struck with a bolt from the blue.

They worked the ball in Town’s final third and nicked in ahead of Edwards to set the ball across for Grant to take a touch before smashing high into the top right corner.

Murphy managed a slight touch but the ball travelled past him and into the net in the blink of an eye.

It was some way for the ex-Shrews loanee to re-announce himself on his third Stanley debut.

Ricketts’ side needed a response but too often failed to shift the ball forward quickly enough. Lang and Cummings were unable to keep hold of the ball when it did find them as defenders snapped at their heels.

Those at the Meadow were wanting to see their side move it forward with more vigour but Shrewsbury were looking uncertain at the back.

Fans voiced their frustration as the ball found its way back to Murphy once too often.

Ironic cheers celebrated Ro-Shaun Williams firing high into the away end from distance as Town fans tried to their version of the ‘Poznan’ to keep warm.

Cummings, who saw a low strike blocked in a congested area, saw his header from Golbourne’s cross drop over the crossbar while Murphy defender a corner well amid a sea of bodies.

Ricketts opted to withdraw Golbourne for the more attack-minded Sam Hart at the break. Town started the second period on the front foot but Josh Laurent’s shot from distance was nearer to the corner flag as frustration grew.

Ricketts answered the chants of fans, sending on Udoh for Lang before the hour.

Anguish grew around the Meadow as each minute passed. Town, mostly thanks to McAleny, had been on top. But were hit by a killer blow with 20 minutes left.

Defender Ross Sykes headed goalwards and all Murphy could do was parry for Clark who buried the rebound.

Boos drowned out the Meadow as Town and Ricketts were given a mountain to climb.

Time after time Shrews came back but lacked the guile or composure to crack Stanley.

Udoh nodded wide at the far post and Edwards flicked one inches wide in added time but, for all their possession, Town were unable to mount a response as frustrated supporters made their feelings heard with angry chants and boos.