Tickets for Shrewsbury Town's FA Cup game were in such demand the club could have sold out the stadium three times over, according to chief executive Brian Caldwell.

More than 9,500 tickets have been sold for the sell-out game against Liverpool on Sunday, with many fans missing out.

Season ticket holders and loyalty points holders were able to get their hands on them first and the last few tickets were snapped up on Thursday afternoon before reaching general sale.

And while the club is expected to earn about £150,000 from TV revenue for the game being shown live on BBC, Mr Caldwell said ticket sales don't generate a massive revenue after VAT and other fees are deducted.

Shrewsbury have kept ticket prices at normal League One prices of £20 as a way of rewarding loyal fans.

"Even though it's a sell-out game, we won't make a massive amount of money from it because of the way the gates work," Mr Caldwell said.

"A lot of our tickets sold are concession tickets so I'd say on average we get about £12 per ticket, not £20.

"Then we have to take off VAT and other fees. The money is then split 45 per cent each to the clubs and 10 per cent to the FA.

"We're very fortunate that we've got the live TV for this game which is a big financial boost."

He said the challenge moving forward is getting a sell-out crowd week in, week out - not just for the big occasions.

"The bigger picture is getting some fans who only come to one or two games a season here more regularly," he said.

"We need to encourage the fans of the future because getting a sell-out crowd regularly in the long run will make a big difference."

The club is regularly getting an average crowd of 6,200 now - the highest it has been in more than a decade - but the Montgomery Waters Meadow has a capacity of 9,875.

Mr Caldwell hopes the sell-out crowd against Liverpool will inspire Town to victory.

He added: "I'm hoping and praying they will do something on Sunday. We're unbeaten at home in the FA Cup since 2016.

Montgomery Waters Meadow has been a bit of a fortress for us in the FA Cup so who knows. Let's just go out there and put on a show."

Flags up at the Market Hall

Meanwhile Shrewsbury's Market Hall has put the flags out to support the town’s football club as they take on Liverpool.

The indoor market has been given banners and flags by the club shop to hang from the gallery to show the traders’ backing for the home side.

Many of the stallholders are lifelong Town fans, while one even does his bit to ensure that the players are eating well in the build-up to games.

Fishmonger Ian Cornall delivers fish to the training ground at least once a week.

“We have taken sea bass down for the players this week,” he said.

Butcher John Williams and antiques specialist Mike Jones are dyed-in-the-wool Shrewsbury Town supporters but they admitted that Liverpool were having a brilliant season and it would be difficult for Shrewsbury to win.

“I hope there will be a great atmosphere," Mr Williams said. 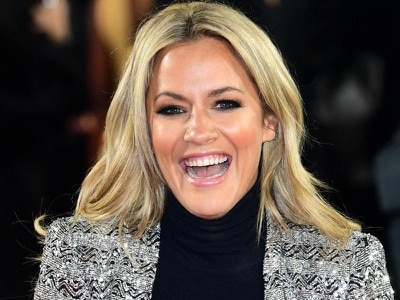