Shrewsbury Town found their shooting boots as they came out on top in a seven-goal thriller against Southend. 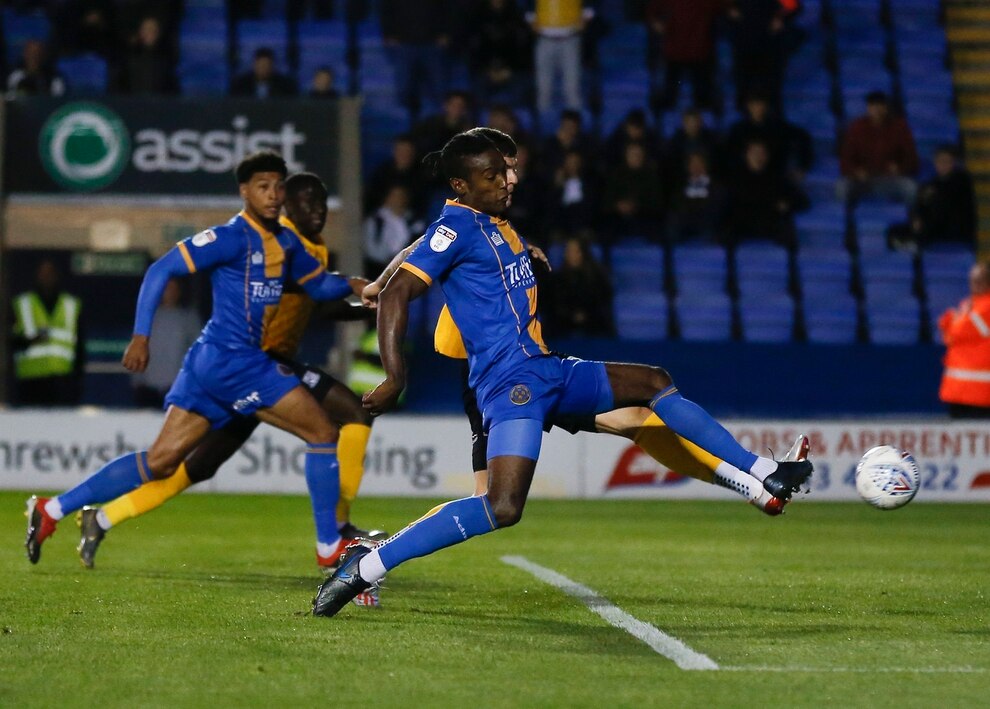 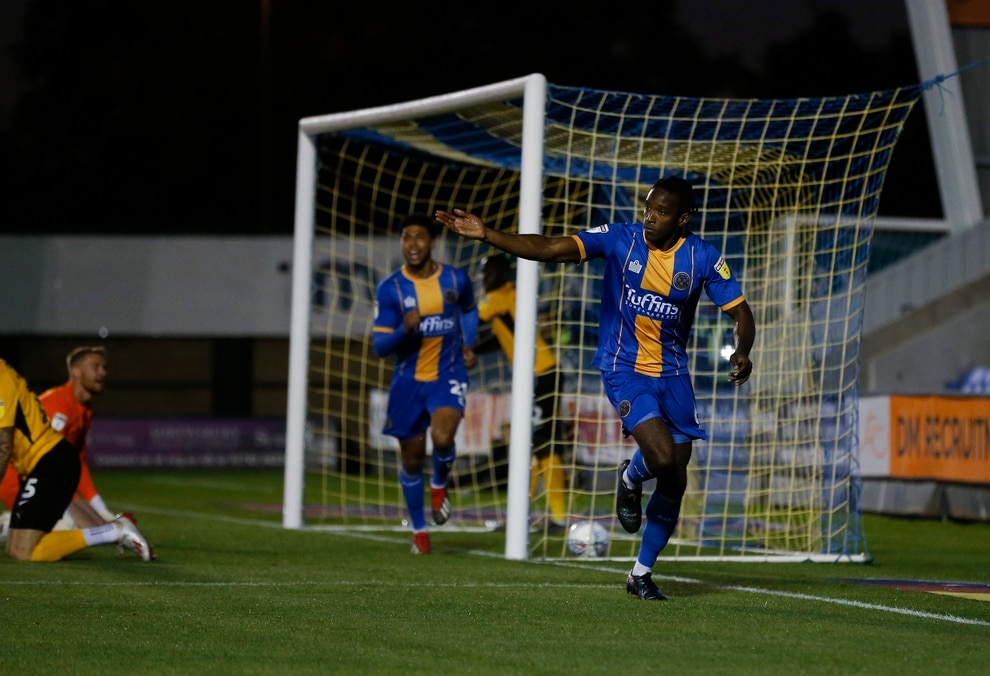 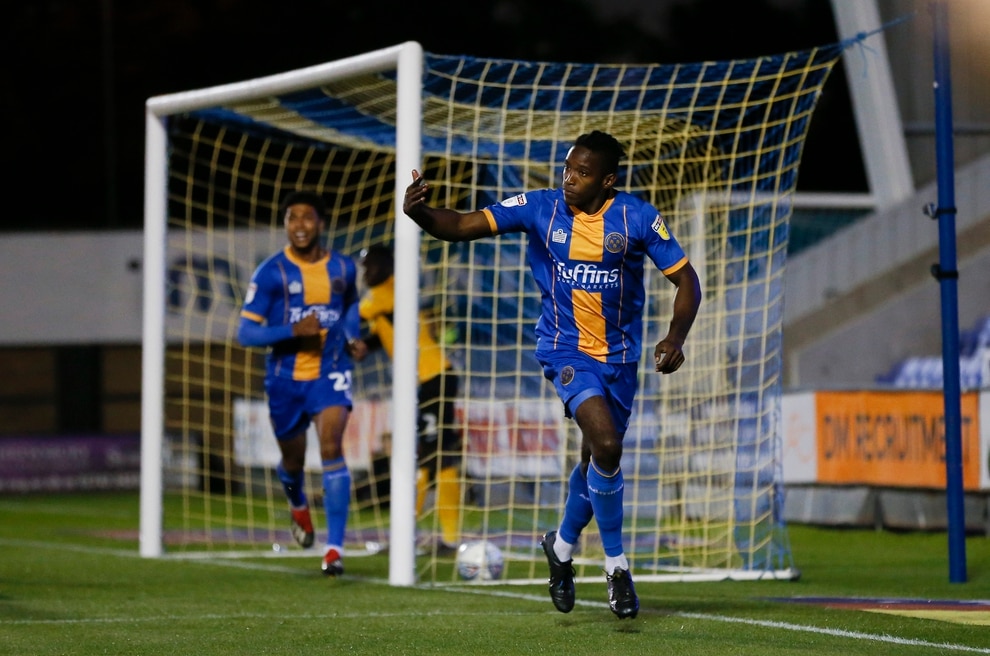 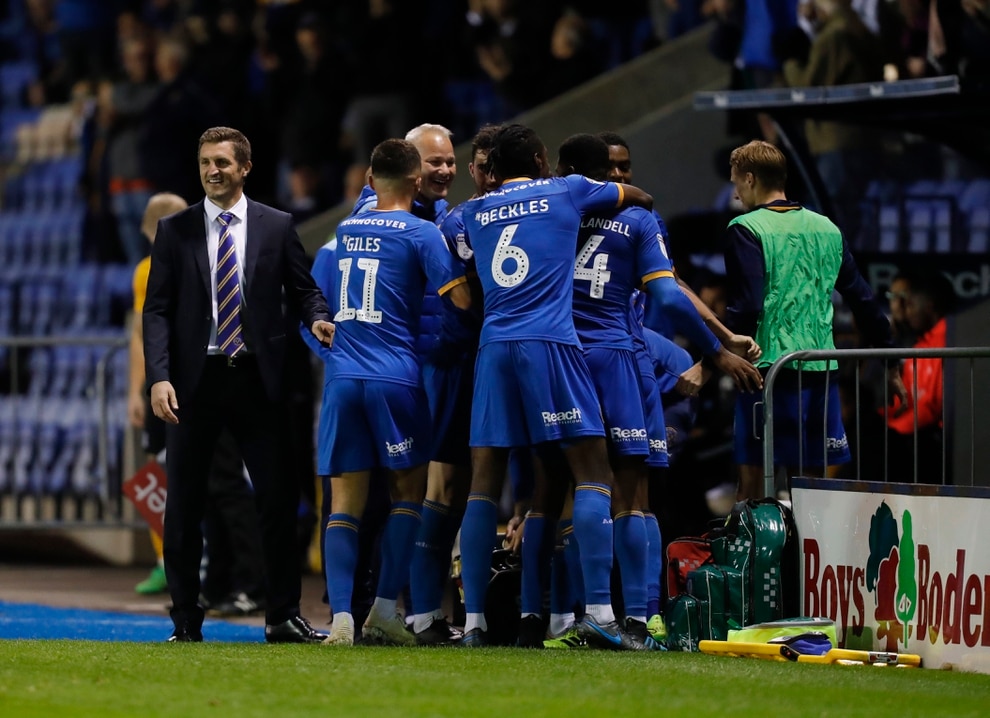 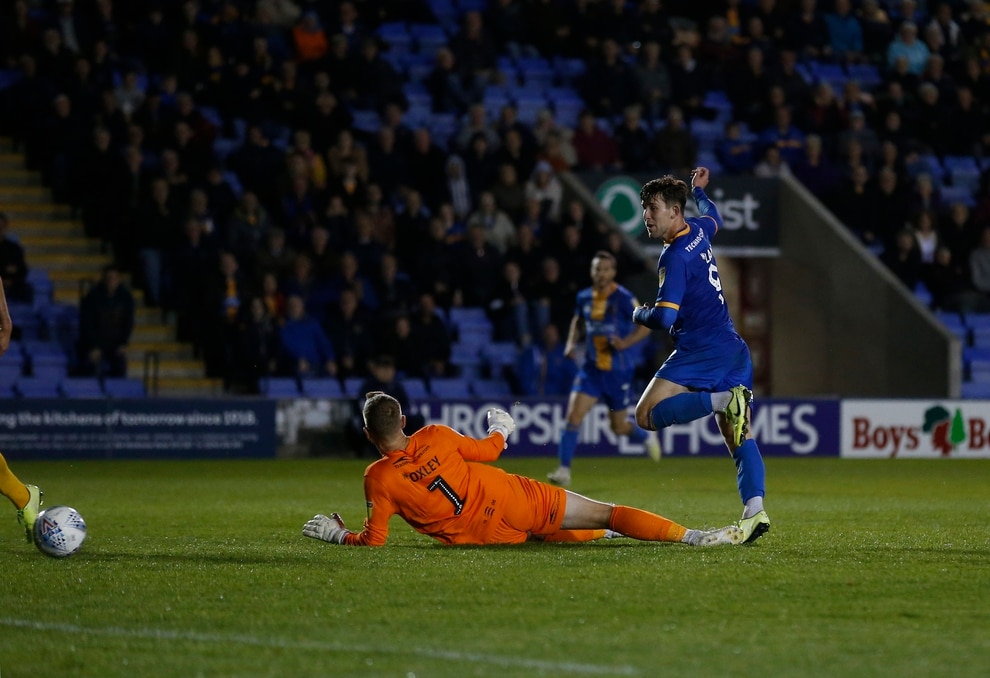 Omar Beckles, Jason Cummings, Ollie Norburn and Callum Lang were on target, the latter netting what proved the winner as Southend battled on to ensure Sam Ricketts’ side were never comfortable.

Town were 2-0 up before half hour when Stephen McLaughlin headed in. Norburn scored after the break only for ex-Town man Stephen Humphrys to reply.

Lang had slotted home late on for 4-2 only for Simon Cox’s rocket in added time.

Home fans had only seen one Town goal in the first three home league games but their attacking efforts will ease those fears, but the night will add question marks to a previously solid defence.

There was a home bow for Saturday’s hero Cummings, starting his first game for Town since the big deadline day switch from Nottingham Forest.

Boss Ricketts had said the striker was some way off starting a game after a minimal pre-season with his former club but, after his impact from the bench in London, Cummings was given the nod alongside fellow home debutant Lang.

Beckles, left out at AFC Wimbledon, was recalled for Aaron Pierre, who was benched for the first time in the league this season.

Shaun Whalley returned from suspension to the bench, where there was also a place for Dave Edwards, who is nursing an ankle niggle. Norburn and Ro-Shaun Williams kept their place in the side after their weekend return.

There was the air of a big-game feel around the Meadow as the sides limbered up. Town fans had been starved of league action in more than three weeks without a home game and goals at home in general this season.

Having finished assembling his armoury in attack, Ricketts was looking for a side that can cause teams more problems in the final third and show ruthlessness.

The limitations of their visitors, winless this season with one point from seven games with caretaker boss Gary Waddock at the helm, added more pressure to the night.

Town, backed by their vociferous safe standing section, started well as Ryan Giles tested Mark Oxley in goal inside 30 seconds. Cummings’ header from the resulting corner was blocked by a huddle of bodies.

Shrews appeared noticeably comfortably in possession and were trying to break lines with their passes through to the new frontmen. Ricketts' men started well and Ryan Giles was unfortunate as a devilish cross from the left flicked the right-hand post on its way wide.

The hosts needed a spark to settle the edgy home crowd and ease their expectations. A recycled free-kick was superbly won by Lang and Ethan Ebanks-Landell curled in a lovely right-sided cross for his defensive partner Beckles to slide in from close range.

Lang’s header from Donald Love’s cross was hacked from the line as Shrews had their tails up.

Before the half hour fans had forgotten about the scoring woes and Salop had a second. Love’s ball infield found Cummings lurking on the edge of the box and the new hero curled a cultured finish into the far corner in off the post.

It was a second Town goal in roughly 44 minutes of action for the club and the Meadow responded with relief at a comforting second.

But the visitors hit back instantly out of nowhere. Elvis Bwomono crossed from the right and McLaughlin, who looked like coming from an offside position, looped a header over Max O’Leary.

The Shrimpers were all of a sudden looking for an equaliser and McLaughlin shot low at O’Leary.

Cox’s snapshot from the edge of the box was straight at the Town keeper but another example of Southend’s threat as Shrewsbury went off the boil.

The visitors looked confident they could deal another blow on Salop and pull level after the break, where an end-to-end, watchable spectacle broke out.

Cummings’ first start since December 11 2018 was over as Whalley replaced him 10 minutes after half-time.

Ricketts’ men stepped on the gas. The impressive Sean Goss was twice denied from distance by Oxley before some Whalley magic conjured a third goal.

He slalomed past three defenders before teeing up Norburn who converted an accurate finish in from 18 yards. There was real meaning in his celebration after his spell on the sidelines.

Lang had been a lively threat all night, showing real energy and a willingness to run on the shoulder of the defence, where he was denied by last-ditch defending on several occasions.

Town were coasting but paid for switching off from their own corner with 13 minutes to go. The Shrimpers broke through Brandon Goodship and he fed Humphrys to slot home a fine finish.

It meant a nervy final 10 for Town when they should have been home and dry.

Loanee Lang briefly eased those fears with the fourth after Josh Laurent robbed Bwomono and fed him with a perfect pass. The striker’s finish was that of a confident goalscorer as he tucked it under Oxley.

The action would not die down as Whalley could not quite execute a 40-yard lob while Humphrys deflected effort flew wide before Cox’s 25-yard thunderbolt into the top corner in added time.

But the occasion marked the evening Ricketts’ Town found themselves as an attacking force.