Shrewsbury lost at Port Vale for the second EFL Trophy campaign in succession as John Askey’s hosts came from behind to win, writes Lewis Cox at Vale Park. 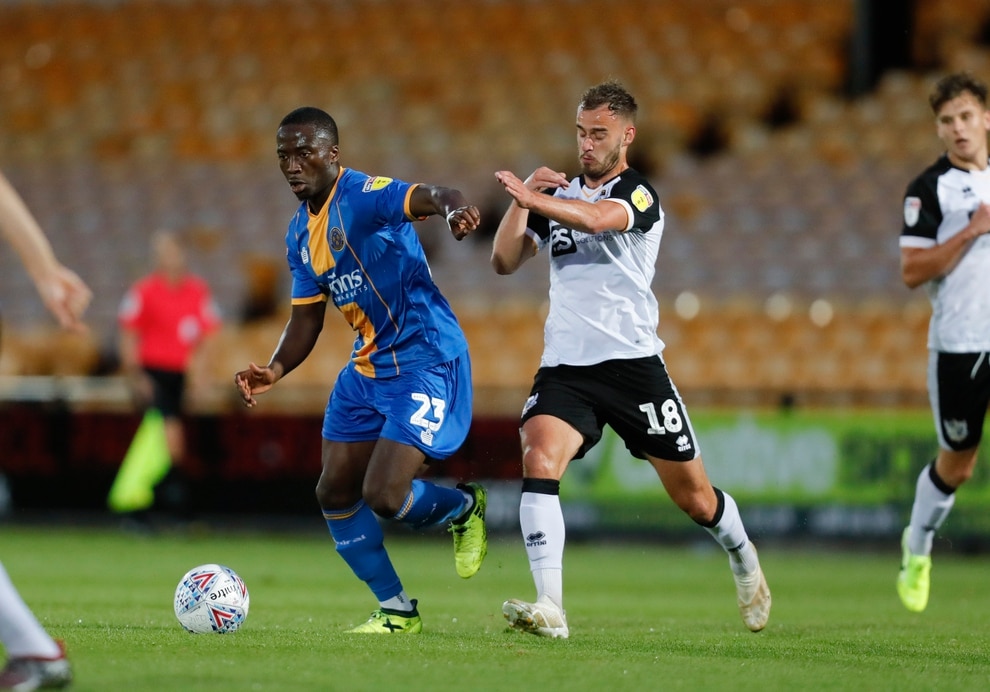 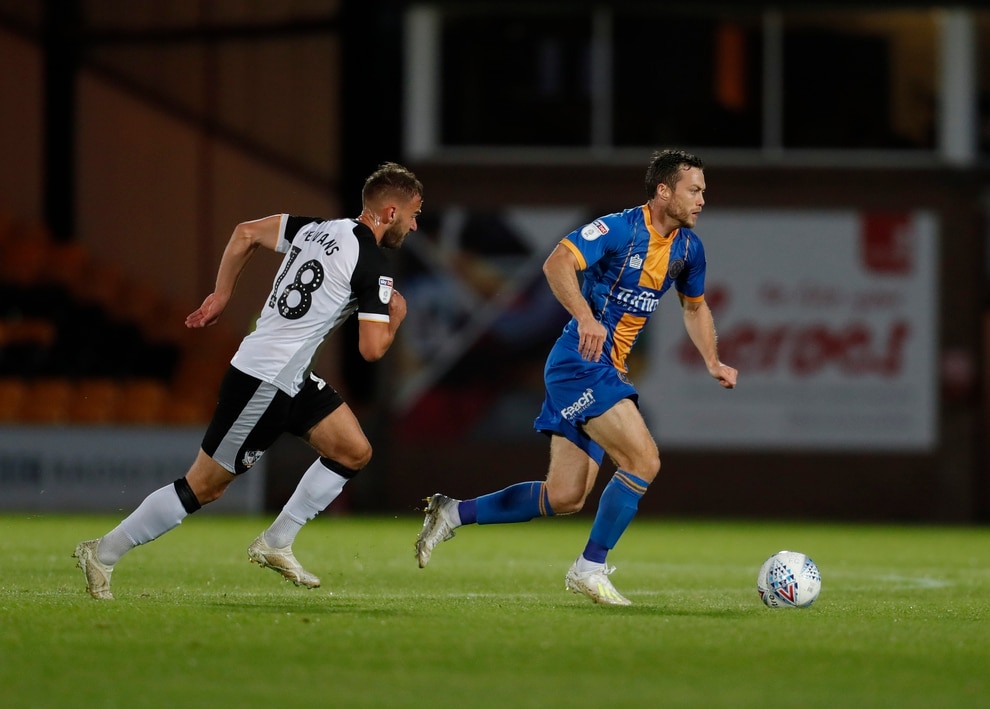 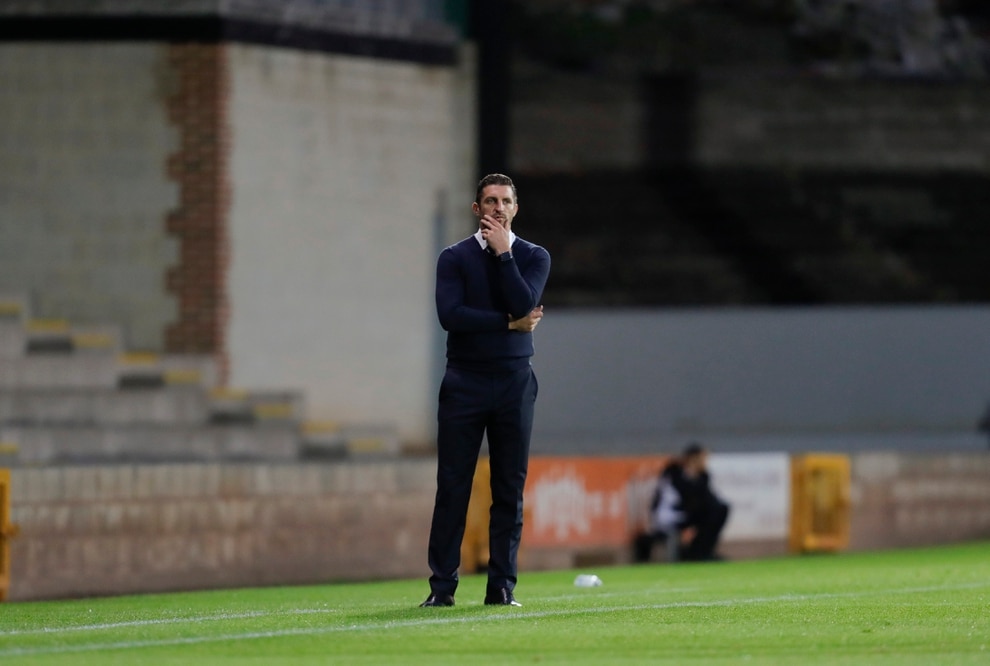 Josh Laurent of Shrewsbury Town celebrates with his team mates after scoring a goal to make it 0-1. (AMA) 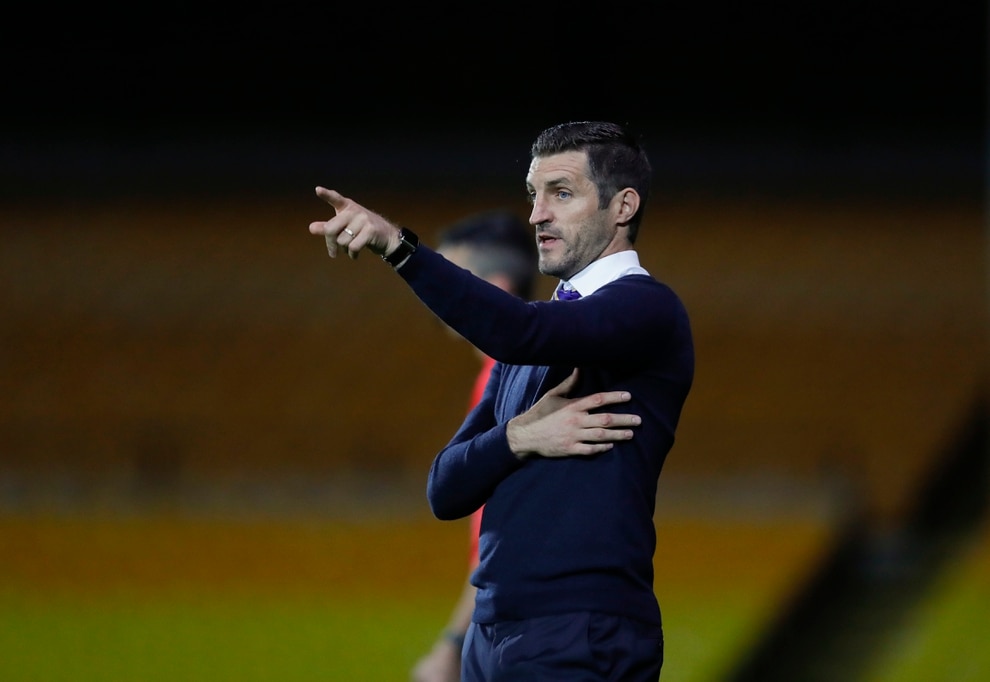 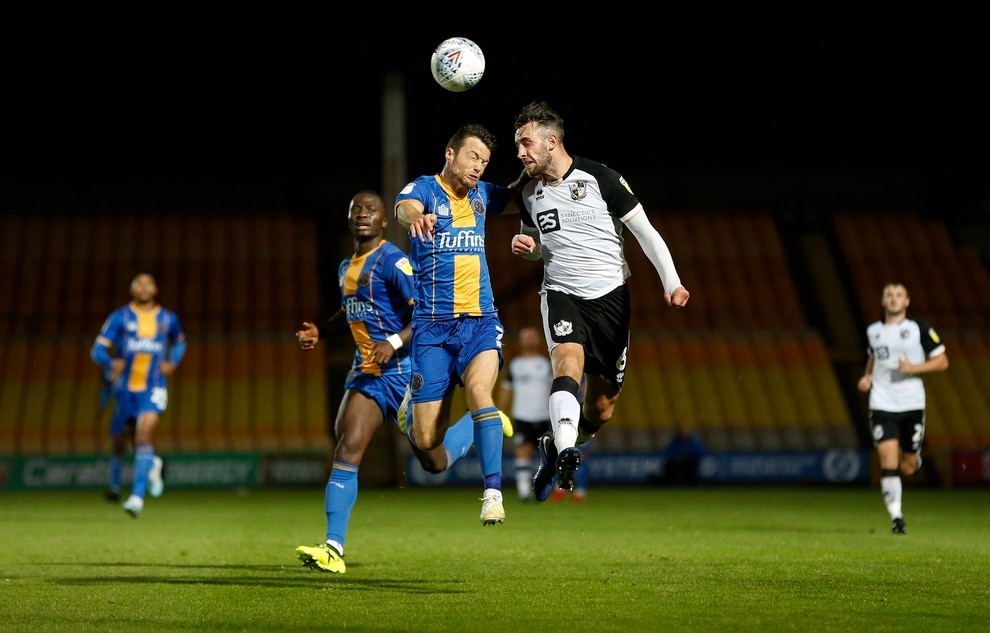 Brad Walker of Shrewsbury Town has a shot at goal. (AMA) 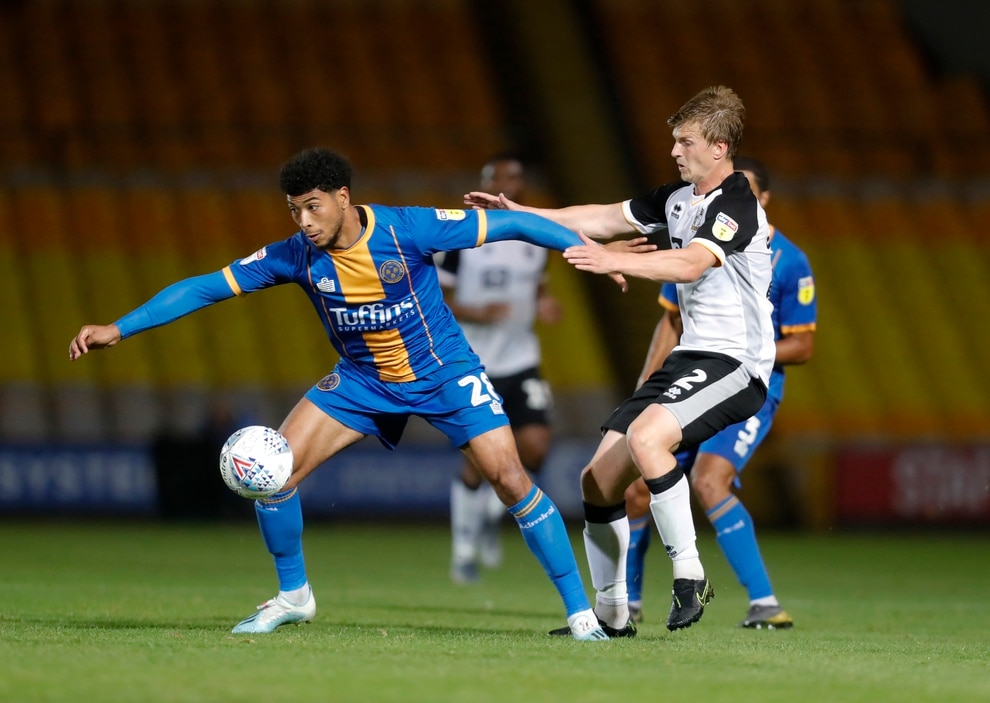 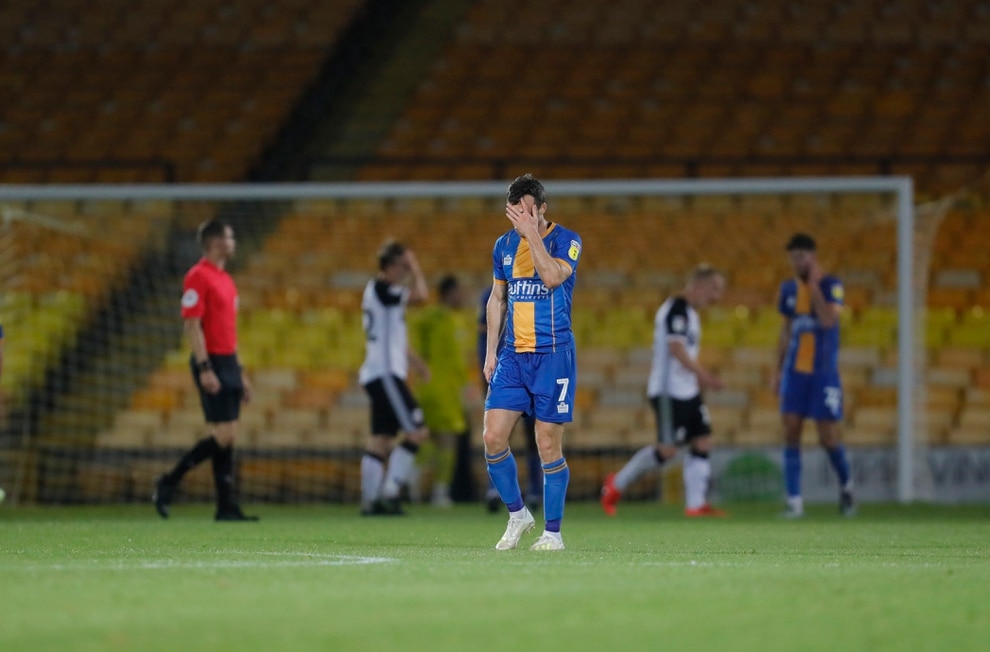 Shaun Whalley of Shrewsbury Town reacts after Jordan Archer of Port Vale scored a goal to make it 2-1. (AMA)

Town were deservedly ahead at half-time as former defender Kieran Kennedy, making his Vale debut, turned in an own goal in an impressive first half for the away side.

But Sam Ricketts’ side were below after the break, although they were undone by another unjust penalty - like at Ipswich three days earlier - as Donald Love was penalised for winning the ball.

David Amoo scored from the spot just after the hour before sub Jordan Archer, another Vale debutant, notched the winner with 15 minutes to play in the first Northern Group D tie.

It was another domestic cup defeat for Ricketts, delivered by the manager he replaced at Montgomery Waters Meadow 10 months ago.

Town exited the competition under Ricketts in Burslem last season as missed penalties from Alex Gilliead and Abo Eisa in a shootout cost them progression in the first knockout stage.

Ricketts showed his intentions in the competitions this season by naming an XI full of senior players.

New additions Callum Lang and Jason Cummings were not involved having not been signed in time.

There were six changes from the weekend’s League One defeat at Ipswich. Shrewsbury trio Aaron Pierre, Omar Beckles and Ryan Giles are away on international duty.

With those three absent, the visitors’ defence was rather makeshift. Ethan Ebanks-Landell was the only recognised centre-back in the ranks. He was joined in a back three by Love and Brad Walker.

Such was the turnaround at Shrewsbury since the sacking of Askey last October, that only Josh Laurent in the Town 18 was signed by the previous manager.

Askey handed a Vale debut to defender Kieran Kennedy, who he brought to Shrewsbury with him from Macclesfield last summer. Callum Evans also made his debut in a home side containing five changes in a senior line-up.

As perhaps to be expected given the changes and the makeshift look to Town’s line-up meant for some sloppy football inside the first 10 minutes as the hosts briefly took charge.

They looked after the ball better and made their efforts clear with a number of crosses into the box towards talisman Tom Pope. Most were defended well by skipper Ebanks-Landell.

Goss was at the heart of a lot of their play, while the impressive assuredness of Love at an unfamiliar centre-back position.

Laurent was a midfield outlet with well-timed runs from deep into the Vale penalty box and most of Shrewsbury’s early pressure came through his darts forward.

Neither side threatened the goal until the 26th minute but Walker’s slalomed run from defence into the Valiants box led to a low cross for Udoh who almost turned home but for a late challenge.

The deadlock was broken a minute later though. Some skillful wing-play from Barnett, dazzling past his winger to the right byline before a low ball found opposite wing-back Golbourne whose drilled ball found Laurent inside a packed six yard box.

The midfielder’s shot cannoned off the crossbar, bounced on to the line before hitting Kennedy and bouncing in.

The 100 or so Salop fans dotted behind the opposite goal took some five seconds to realise it had crossed the line but soon broke into cheers.

A Whalley free-kick went straight down the throat of keeper Scott Brown as Shrews went into the break comfortable.

Shrewsbury remained in control after the break, albeit Walker was switched on to clear a Pope cross before the Vale hitman headed well over.

Ricketts’ side lacked the intensity they showed before the break and Vale sniffed a foothold.

But the visitors were undone by an unjust call by referee Leigh Doughty, who awarded a foul on Amoo by Love, who clearly won the ball.

Amoo converted with aplomb just after the hour.

The wind was in Vale’s sails and, with the hosts buoyed by their equaliser and fresh legs Askey’s men edged ahead as sub Archer turned into the top corner after a scramble in the box from a cross.

Shrewsbury were lacking in efforts on goal. They got themselves into wide positions towards the end of the half but, all too often, they were not finding a target.

Town were lacking incisiveness and invention in the latter stages and looked sloppy.

Ricketts sent Steve Morison on in search of a late leveller

Morison’s header almost dropped for Udoh before Whalley shot well over as time ticked away.

Makeshift defender Walker sent a good header from a corner goalwards but it was cleared by a Vale defender just in front of Brown's goalline as the visitors upped the ante in the closing stages.

Walker was closest to an equaliser with a deflected strike whistling inches wide in added time but it was success for Askey in Group D.