Shrewsbury Town kicked off the post-Connor Goldson era with a draw at Oldham after a late rally. 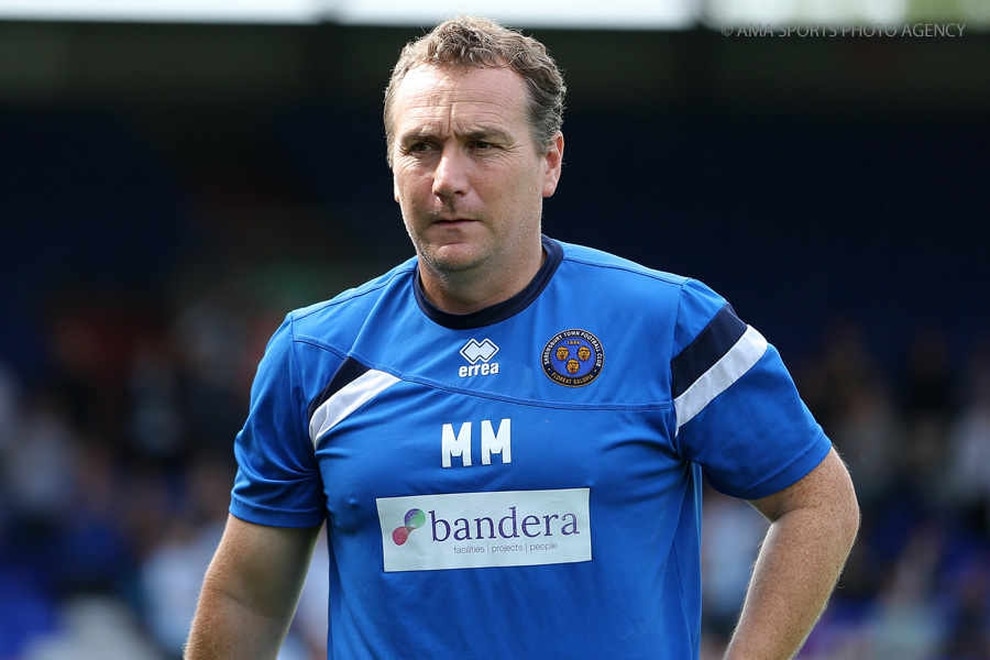 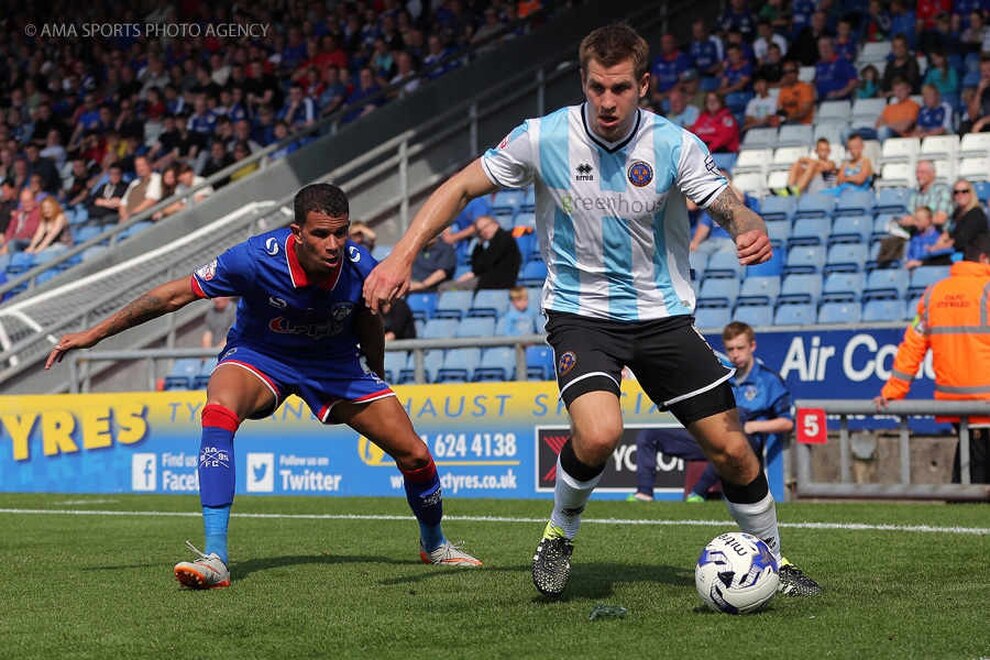 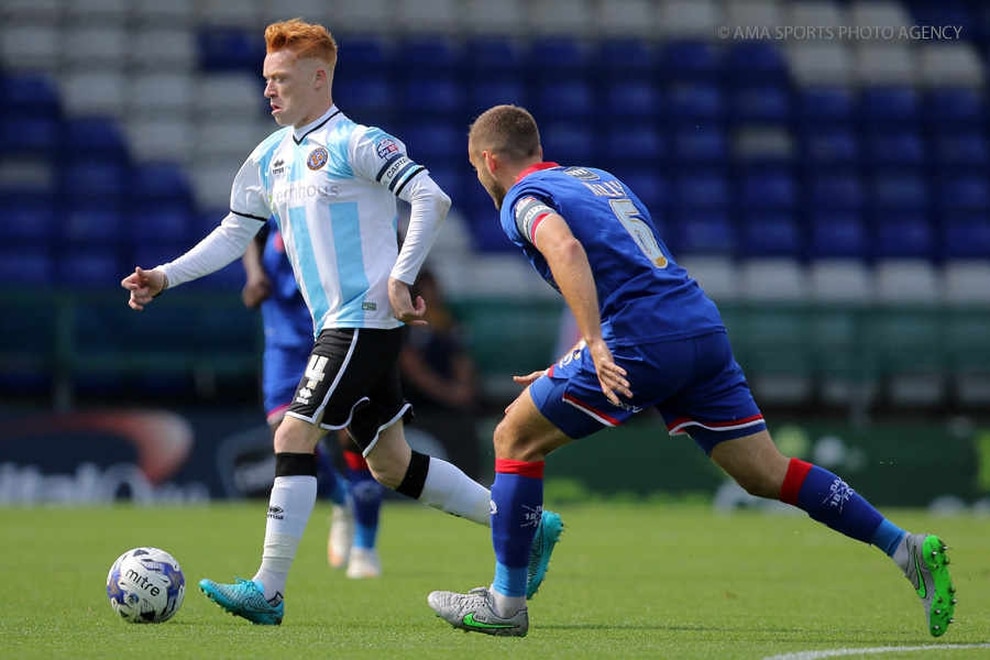 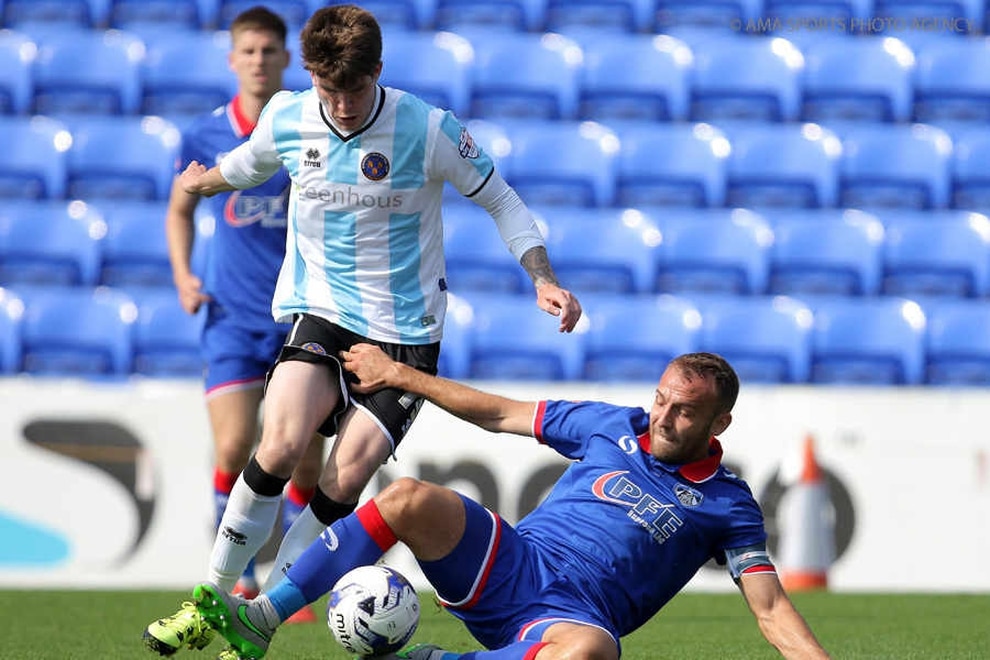 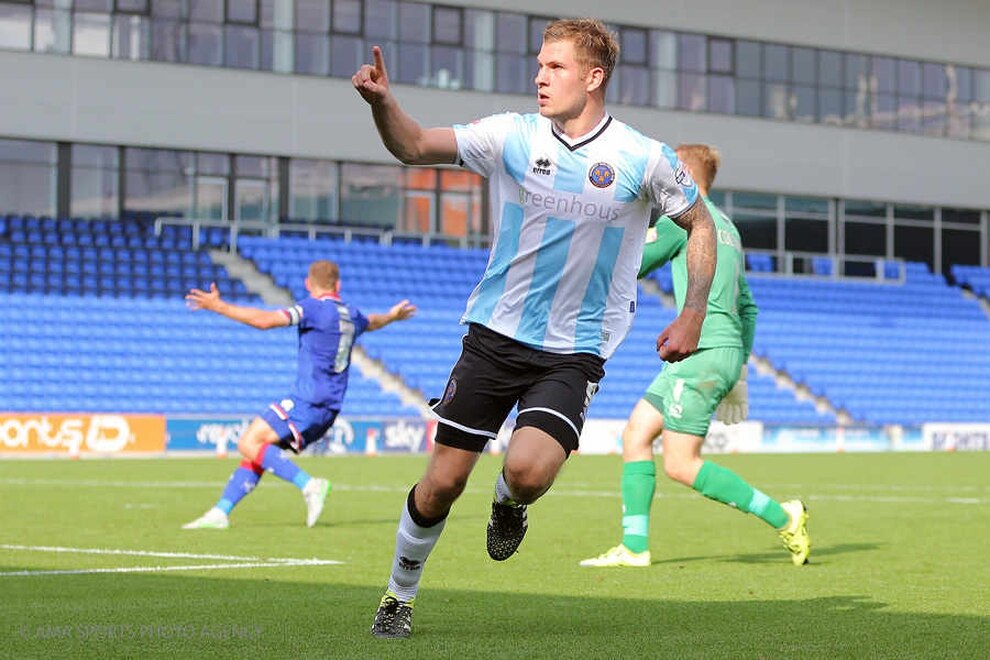 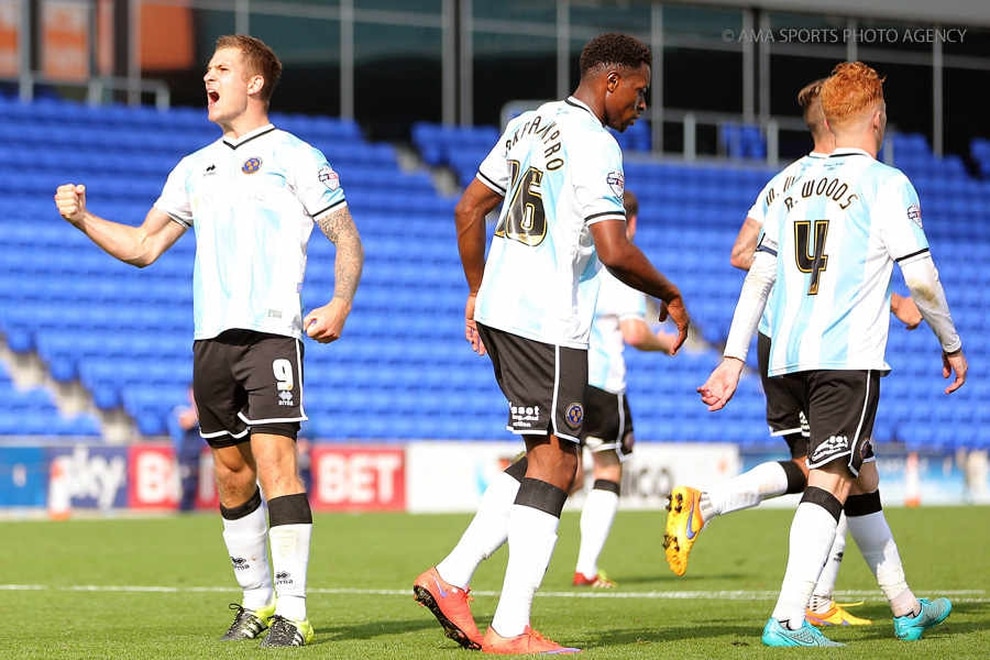 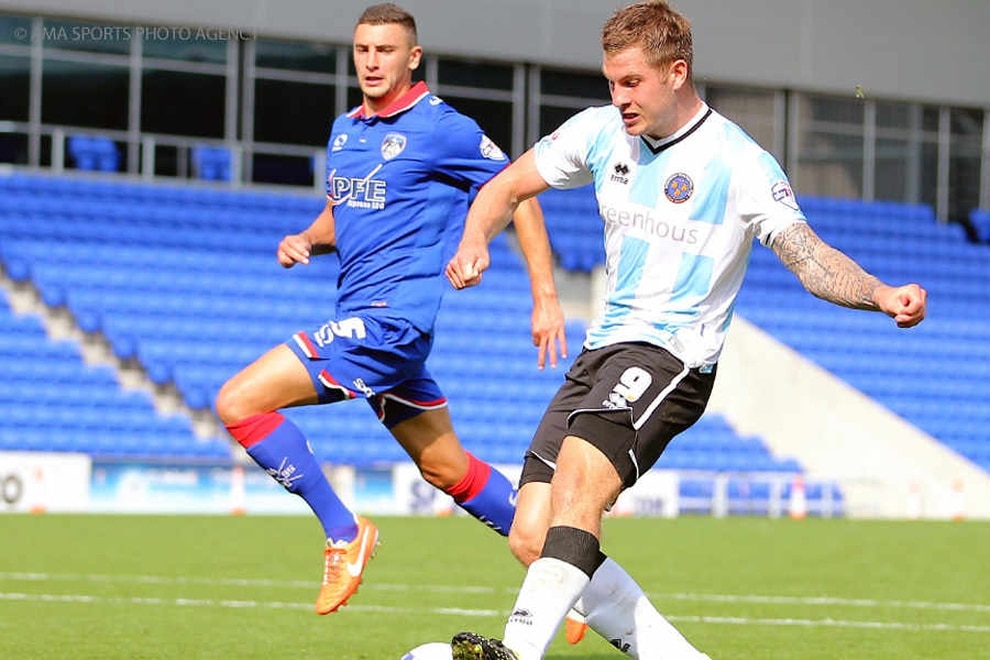 It came in Micky Mellon's 50th League game in charge and the 50th League meeting between the sides.

It was an even but dull first-half bereft of chances, apart from Jonathan Forte's volley against the bar for the Latics.

Mellon's side slipped into their lacklustre form of midweek. Collins's strike came from their first chance as they again struggled to threaten the opposition and never got in behind.

The result meant Town are still searching for their first league win of the season.

But an away point is a satisfactory return to a turbulent week, following the £600,000-plus sale of Goldson to Brighton and the poor performance against Chesterfield.

And Salop are unbeaten in all three trips this season as they prepare for a trip to Premier League side Crystal Palace in the Capital One Cup on Tuesday.

Town made one change to the side beaten 2-1 by Chesterfield on Tuesday.

And it was a first start of the season for Liam McAlinden, in for captain Liam Lawrence, who dropped to the bench. With Lawrence axed, the big news was the selection of 21-year-old Ryan Woods as captain.

The central midfielder was wearing the armband for the first time, after the sale of vice-captain Goldson.

Former Oldham midfielder James Wesolowski was in the 18 for the first time since January after making his comeback from damaged cruciate ligaments on Wednesda.

New signing Sam Patterson was named as a substitute, but there was no place on the bench for summer signing Junior Brown for the first time.

There was a change to the team-sheet, after former Shrewsbury loan left back Joseph Mills was injured in the warm-up for Oldham.

Timothee Dieng was promoted to the starting line-up and Rhys Murphy was called up to replace him on the bench.

When Town kicked off defending the 'Chaddy' End where their 300 fans were housed, Dieng lined up at right back and Connor Brown had switched from right to left back.

Shrewsbury started in a 4-3-3 line-up but it soon became Mellon's favoured diamond formation, with McAlinden at the attacking tip.

And Town, still smarting from their disappointing performance in midweek, started brightly.

They forced two corners in the first three minutes and created good chances from both of them swung in by Martin Woods.

Jermaine Grandison flashed a downward header wide from the first on 50 seconds, then centre-back partner Mark Ellis stormed in to power a header over the bar from the second.

Abu Ogogo went in the book after just six minutes for a needless late lunge on Liam Kelly.

Then came the best chance of the half in the 15th minute, when Forte's left-footed over-the-shoulder volley from Kelly's lift over the defence had the crowd on their feet.

His spectacular effort smacked against the bar and to safety, with goalkeeper Jayson Leutwiler at full stretch.

In an even half, Mat Sadler set up the next chance, crossing for James Collins for a falling volley that was straight at goalkeeper Joel Coleman.

Just after the half hour, Ryan Woods crashed a hopeful 30-yard drive narrowly over. But Town had to be alert to Oldham's ball over the top for Forte.

It took a superb sliding tackle from Grandison five minutes before the break to deny the Latics striker a one-on-one after he had got the wrong side of Ellis.

Most of the chances were from long distances with defences on top and Dieng's 25-yard effort sailed comfortably wide.

Martin Woods tested Coleman with a curling free kick that the goalkeeper spilled then held at the second attempt, under pressure from James Collins.

After an even first period, Oldham started the second much the better of the two sides.

David Dunn's intelligence on the ball was causing Town problems and Grandison needed to be alert to head away several balls into the box.

Mike Jones forced the first save of the game in the 48th minute when Leutwiler pushed over his curling effort, after he steamed infield onto a clever pass from Dunn, who got away from Ryan Woods.

Four minutes later, Oldham took the lead from the spot after Dunn fell far too easily under the most modest of challenges from Ogogo and Kelly rolled the ball home, sending Leutwiler the wrong way.

Town made a double switch to try to get back into the game in the 57th minute, when Jordan Clark and Jean-Louis Akpa Akpro replaced McAlinden and Tyrone Barnett.

The changes added much-needed energy and more pace was added to the team on 69, with the introduction of Shaun Whalley for Ogogo.

And Shrewsbury were level when Collins robbed Jonathan Burn just outside the box, rounded Coleman and coolly passed the ball into the empty net.

All of a sudden, Town looked revived and it was the visitors who looked like they could win the game.

Whalley beat three men before crossing from the byline, only to see it headed away before it reached Ellis.

Collins then took Ryan Woods's pass in his stride with his back to goal and curled just over the angle.

But Town had to be vigilant at the other end and Kelly threatened when he took Danny Philliskirk's back heel in his stride before arrowing fierce effort over on 83 minutes.

The visitors, however, comfortably ensured there was no further threat to Leutwiler's goal to emerge with a point.