A first win of 2020 finally arrived for the Bucks in a game of two contrasting halves, where they established a comfortable advantage and then withstood a spirited and somewhat chaotic Blyth fightback. 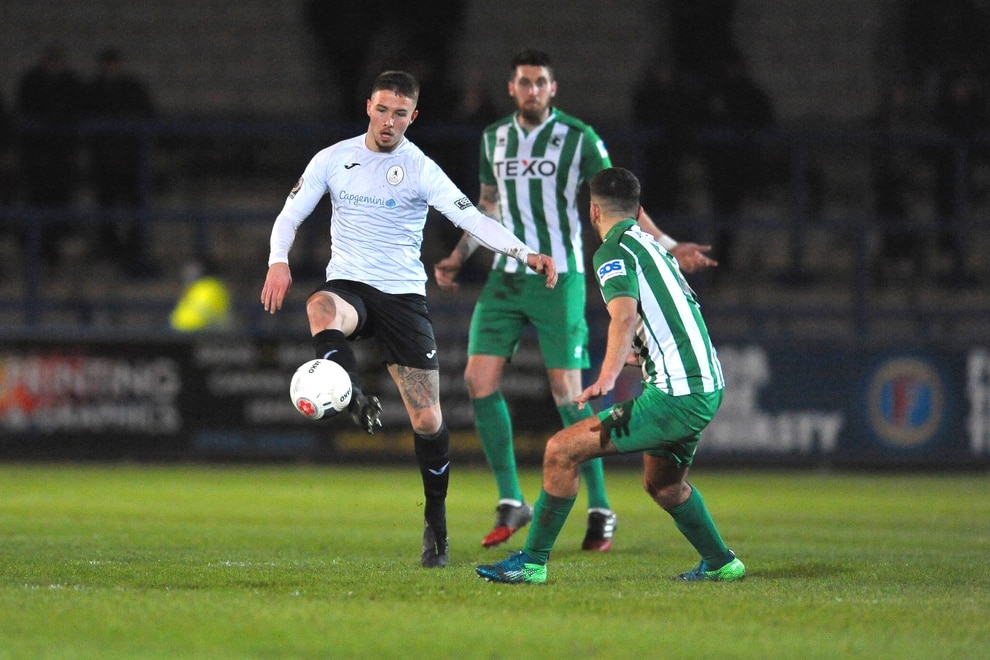 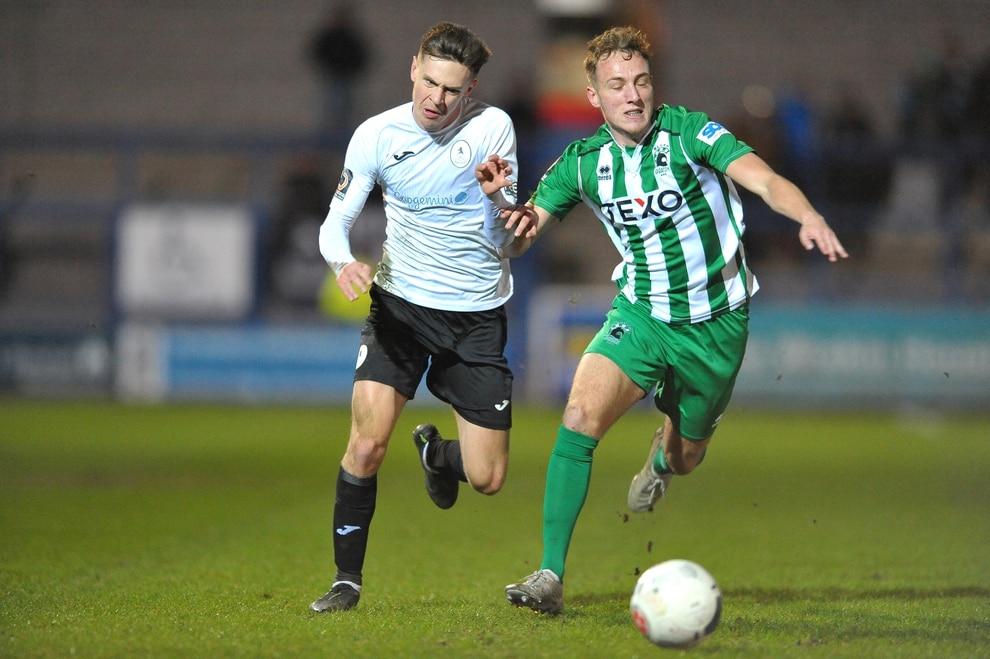 Ryan Barnett of Telford battles for the ball ]Marcus Dinanga of Telford scores to make it 4-1 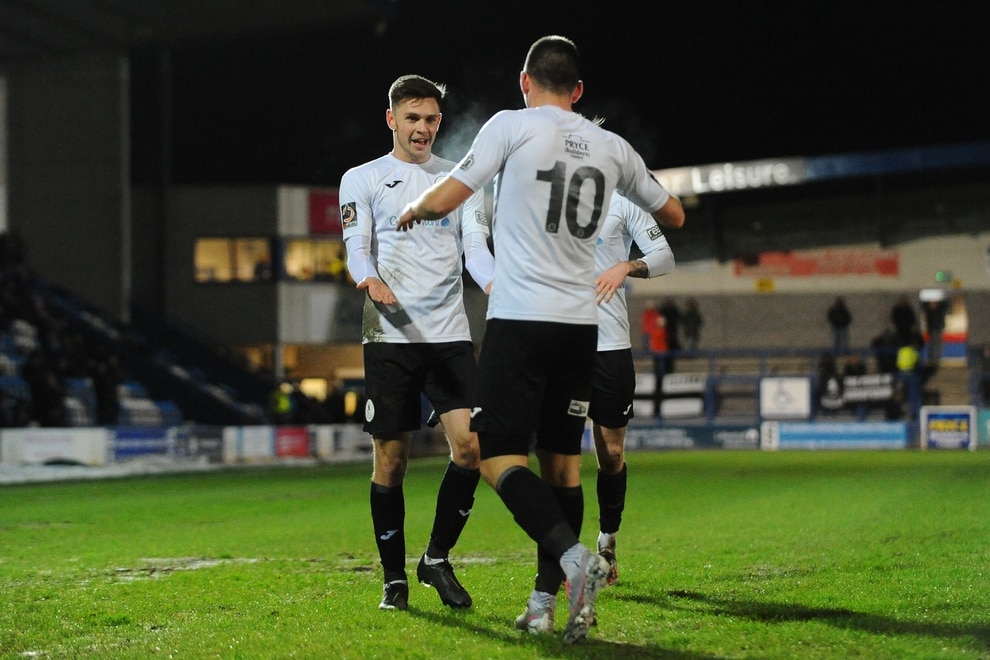 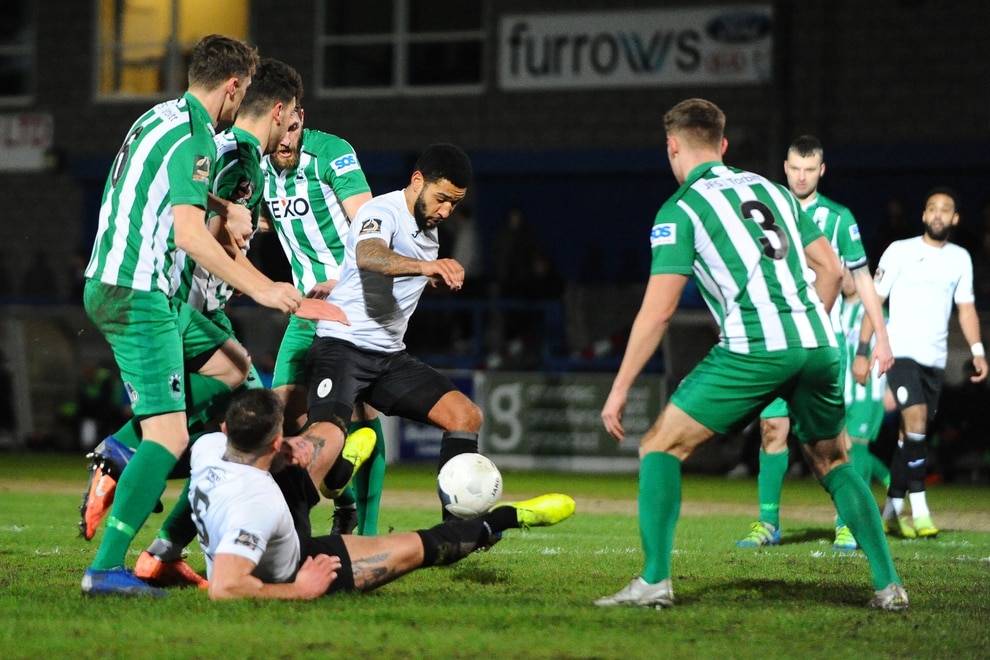 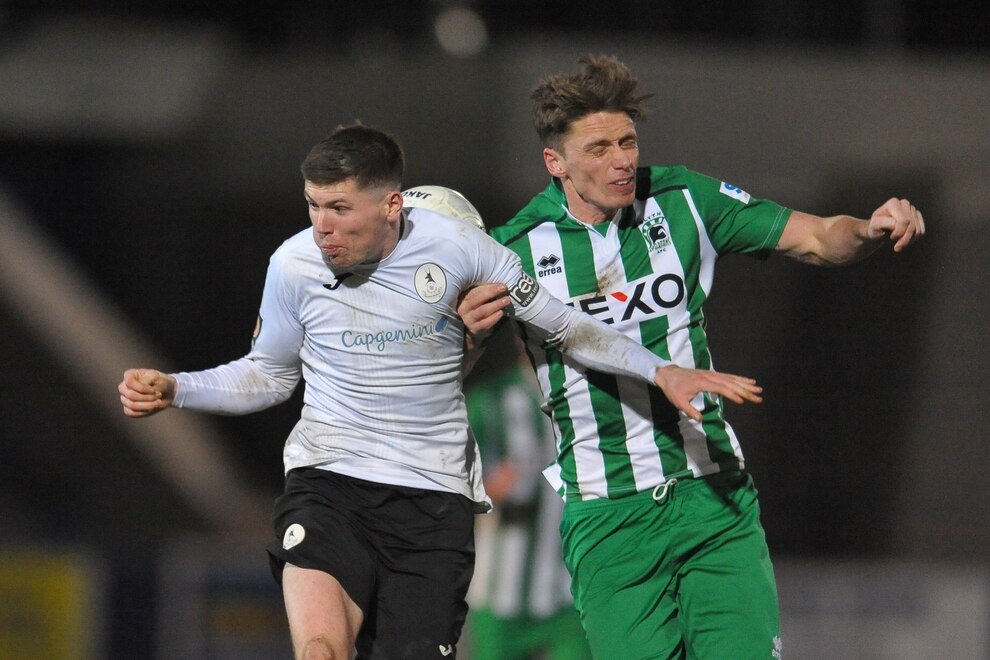 Gavin Cowan named an unchanged side from the team thwarted by a 94th minute equaliser at Farsley Celtic on Saturday. Cowan was keen for the Bucks to not feel too down about that result, and they set about taking it out on the visiting Spartans.

There was a touch of fortune about their opening goal on 25 minutes; although Ellis Deeney’s shot deflected luckily into his path, Aaron Williams demonstrated a goal poacher’s awareness to see the situation developing, pouncing to place a low finish calmly inside Zach Hemming’s left post.

The roof started to fall in on Spartans from that point. Left-back Scott Wilson, already cautioned for a foul on Ryan Barnett, was having to tread carefully, and not only because of the heavily sanded surface. Barnett, sensing his discomfort, began to race past him with ease and in the 32nd minute, having previously created a couple of opportunities for teammates, he extended the lead.

Barnett picked up a loose ball on the right of the penalty area, beat Wilson and lifted the ball goalwards. It may have been a cross, but the ball dipped into the far top corner, with Brendon Daniels on hand to convert if needed.

Just four minutes later the Bucks added a third, and Barnett was the instigator, his low cross into the six-yard box striking the hapless Damon Mullen and trundling in for an own goal.

Three goals adrift at the interval, whichever way you looked it appeared a long way back for Spartans, either on the scoresheet or back home to Northumberland. Given a metaphorical rocket at half-time by manager Lee Clark, the visitors showed more intent, whilst the Bucks were perhaps caught between wanting to stretch their advantage and holding onto what they had.

Blyth dragged themselves back into matters on 66 minutes, when giant no.9 Ben Harmison, brother of former England cricketer Steve, held off a couple of home defenders to set up Kris Thackray to score from 12 yards, the chance arriving from a corner.

It took just three minutes for the Bucks to restore their three-goal cushion; Shane Sutton’s header from a set-piece came back off the crossbar and landed in the six-yard box for substitute Marcus Dinanga to crash the ball home.

Blyth weren’t broken by that goal, and on 76 minutes an off-target shot struck firmly through a crowd of players took a hideous deflection off a Bucks player and ballooned past Matt Yates’ right hand and into the net, almost in slow motion.

Chances flowed in a chaotic last ten minutes, James McQuilkin close to adding a fifth Bucks goal, but the evening’s entertainment ended at a half-dozen, and a very welcome three points.

What the papers say – August 8

Hot and sticky nights on the way as heatwave continues

16 dead after plane skids off runway in southern India