Gavin Cowan has urged his players not to ‘sulk’ following a 1-0 home defeat to play-off contenders Brackley Town.

The Bucks saw their unbeaten run ended at four matches by Lee Ndlovu’s 33rd-minute header, and the manager felt his team’s response to falling a goal behind should have been to show more resilience:

“I felt for probably 15 minutes we really sulked,” he said. “It was a bit reminiscent of when we were so dominant against Farsley (Celtic) and then they took the wind out of our sails and we sulked somewhat.

“I thought the lads were really patient, very disciplined, but then it was that moment when they caught us on the counter-attack and they got in and scored an exceptional goal.

“That’s where we started to sulk a bit, thinking things weren’t going our way, but that’s football unfortunately.

“If we sulk every time we concede a goal it’s going to be a long old season, but the response from half-time was one where they did everything we asked of them.”

Referring to his half-time team talk, Cowan continued: “Our message to the players was to show a bit of resilience – all I wanted from them in the second half really was to go out there and give a true reflection of themselves as players, and they did that.

“I couldn’t ask any more of them than to put the ball in the back of the net, it comes down to fine margins. We’re deeply disappointed of course, but ultimately this happens in football.”

Cowan served as a player under Brackley manager Kevin Wilkin at Nuneaton Town, and his admiration for the Northamptonshire side was clear, while Brackley complimented Cowan and his side in return:

“You can put them under the cosh and they find a way,” said the boss. “That’s what good teams do, and I have a lot of respect for them and how they go about their business – it was a tough test.

“I’ve spoken to their management team, and they said that was the best they’ve played in a long time, so I take that as a compliment that they had to raise their game.”

“I didn’t believe it was a penalty, from my perspective it was a really good tackle,” added Cowan. 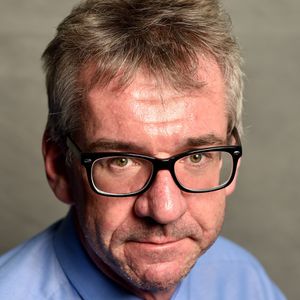 Fly-tipping on rise across Shropshire despite lockdown ending

Covid testing for travellers has ‘outlived its usefulness’ as measures scrapped