AFC Telford United manager Gavin Cowan felt his side showed Alfreton Town ‘too much respect’ in their 1-1 draw on New Year’s Day.

But the Bucks boss was quick to take responsibility for that.

He said: “I probably have to take responsibility and say that it felt as though we gave them too much respect in our approach, but I would say that it’s a strategy that’s worked really well for us in recent games and I didn’t want to upset the apple cart too much.”

The Bucks took a fourth-minute lead through a terrific James McQuilkin strike, but were pegged back just before the half-hour as Alfreton’s approach paid dividends, prompting Cowan to make changes.

“We switched it around at half-time and it proved to be really beneficial for us,” the boss said. “They had one chance, which Matt Yates pulled off a great save for, but outside of that we had four-five chances where we ought to nick it.

“That’s why the lads were a little bit quiet in the dressing room, because they are a bit disappointed, but that’s a great show of where we are, that we’ve come away from home to a difficult place and to get a draw is a positive.”

When asked whether Alfreton had drawn the Bucks into playing the way the home side wanted to play, Cowan replied: “We played the way we wanted to play, but it was the wrong way. It invited them too much; we didn’t quite get the blend, we weren’t getting anyone close to Matt Stenson, the ball forward wasn’t with any sort of quality, so that’s why we decided to change things a bit at half-time.”

The Bucks were denied what Cowan and his team felt was a clear penalty for a foul on Brendon Daniels, and although critical of referee Kristian Silcock, the manager was pleased with his side’s resolute New Year display.

“I’m not coming away from here down in the dumps; I thought the referee was really poor, for both sides, but more for us,” added Cowan.

“He wasn’t up with the play, and the lads are absolutely adamant that it’s a penalty, and he’s right on top of that. So yes, I’m disappointed in that sense, but we have to put it into context. They made it really difficult for us, they kicked us about a bit and that’s something you have to stand up to.”

“I thought in the second half we were excellent, we created numerous chances and had what the lads thought was a blatant penalty turned down, 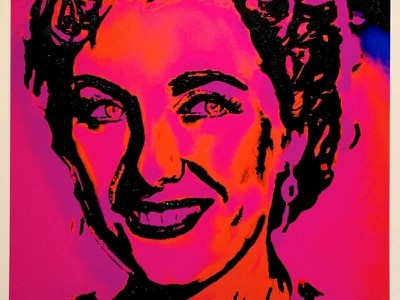 Covid-19: Number of patients being treated in hospital jumps almost 50%