The Bucks’ frailties when playing in front of their own fans were writ large when faced by opposition who have lost just once this term and who looked a formidable unit throughout...writes Richard Worton 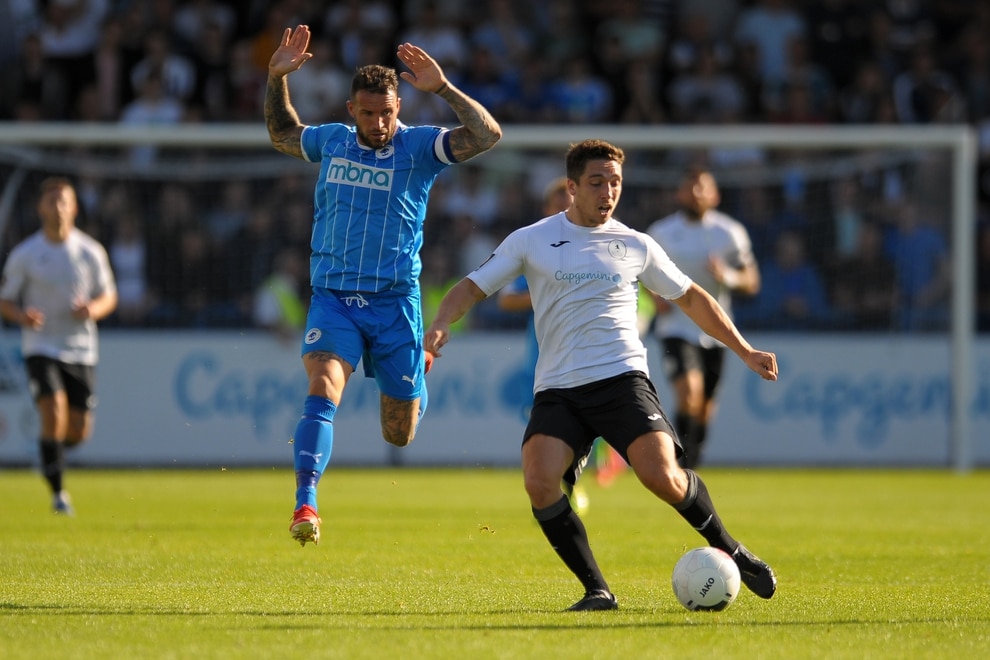 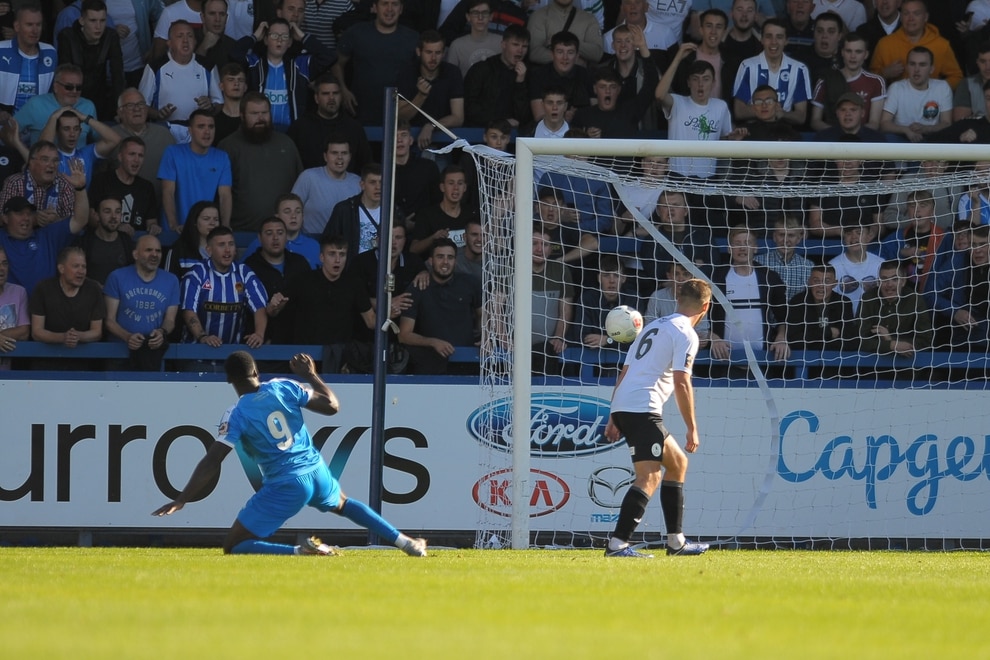 ewis Reilly of Telford scores to make it 1-3 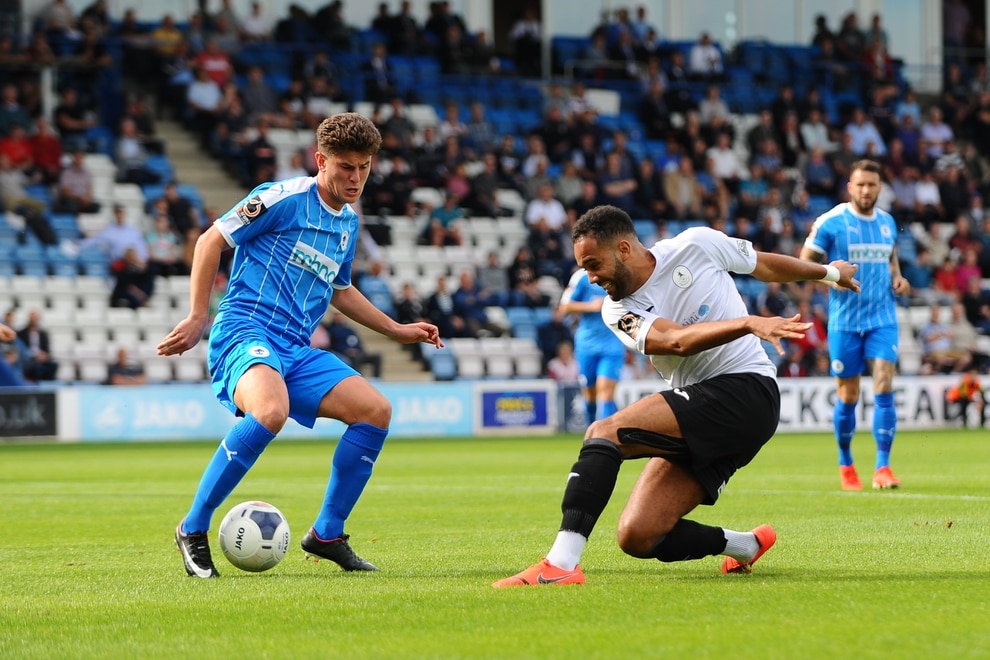 Brendon Daniels of Telford has his shot blocked by Jamie Morgan 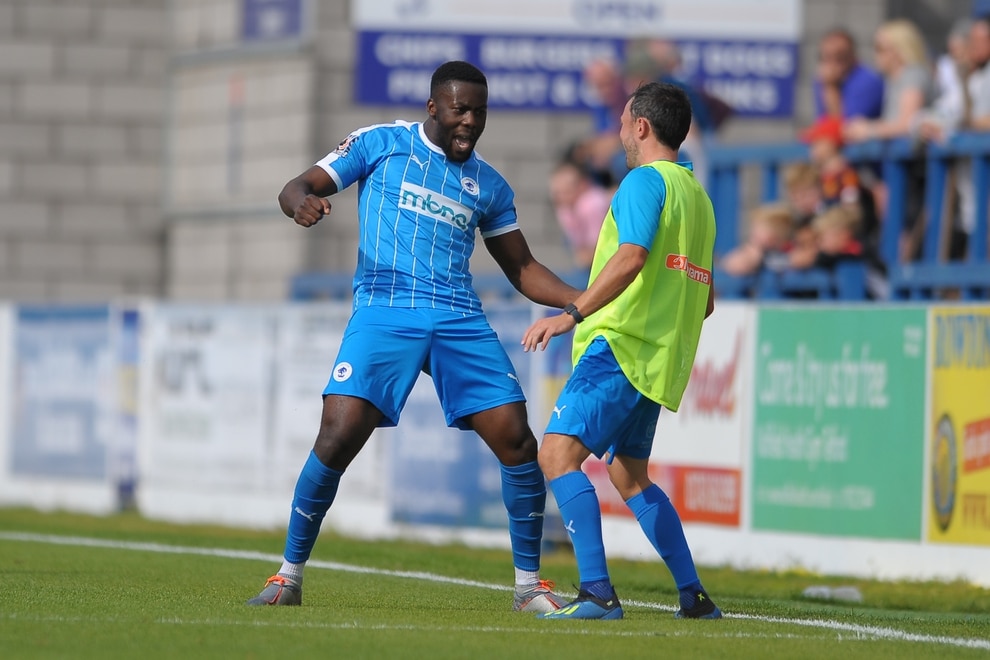 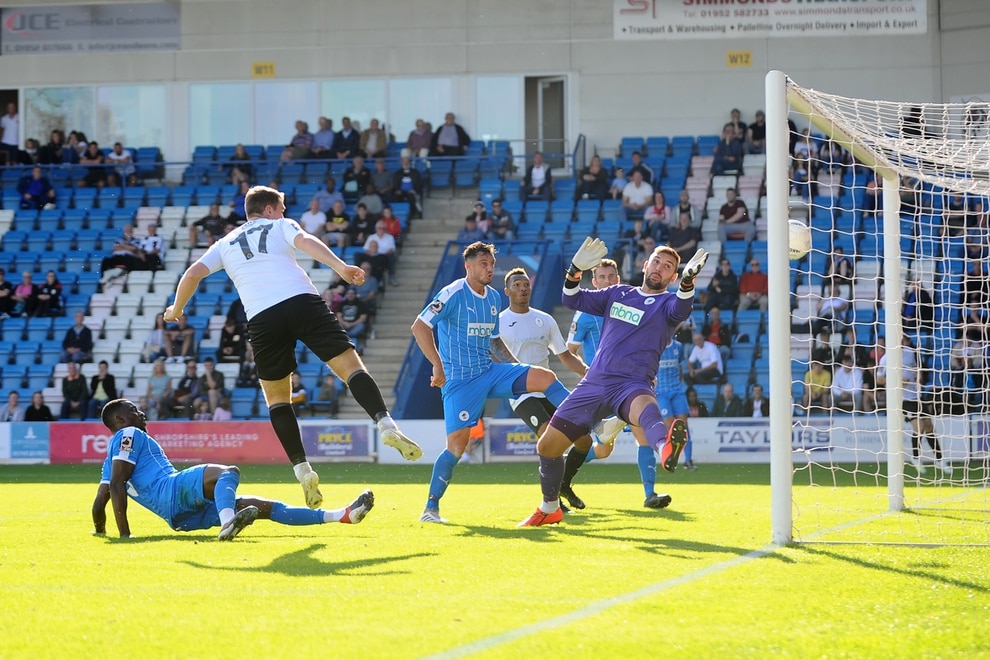 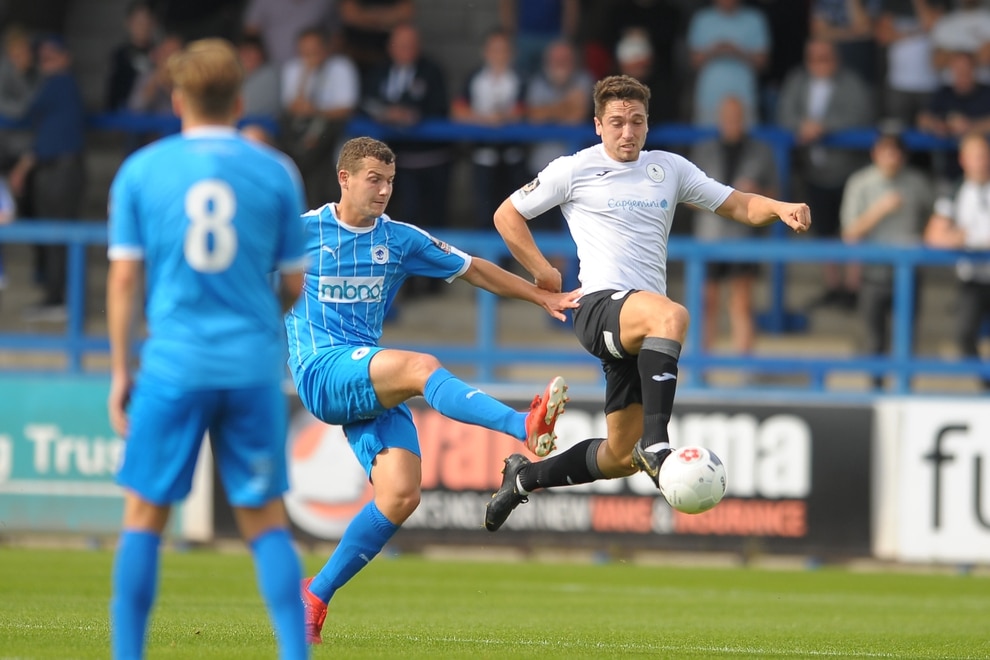 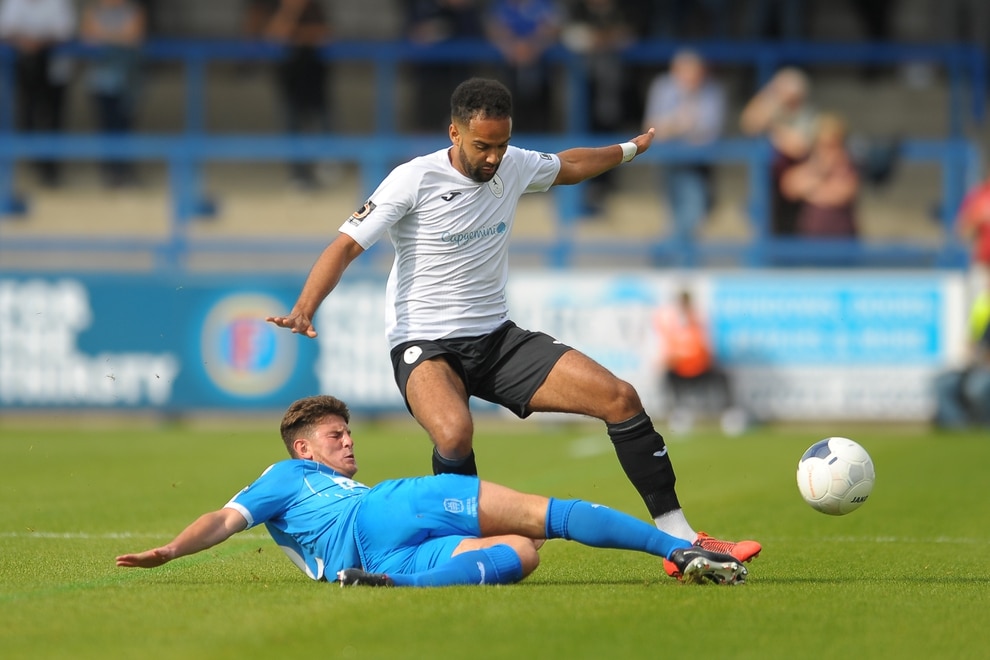 Although visiting striker Akwasi Asante claimed the match ball with a hat-trick, it was by no means a one-man show from these performing Seals.

The Bucks could find few answers to the questions Chester asked of them, especially in a one-sided first half, and afterwards Cowan lamented his side’s lack of desire to match their visitors.

Both sides began quickly, and the Bucks looked to take the game to Chester; their issues, however, lay in defence.

With Steph Morley unavailable through illness, Cowan restored Theo Streete to right-back and shifted Ross White to left-back; however, the usually reliable White was no match for the pacey and direct Brad Jackson.

His run and cross set up Asante on 9 minutes to fluff his side-footed finish from eight yards, but the Bucks weren’t off the hook for long; in virtually their next attack, Asante directed a header beyond Andy Wycherley’s right hand and into the far corner, Jackson again the provider.

The 700+ visiting Seals fans greeted that goal rapturously. Within 11 minutes, they were sent into ecstasy, when Asante, who had subsequently slashed a close-range effort wide, was slipped through a static Bucks defence. The Dutch-born striker’s initial shot past the exposed Wycherley struck the base of the post, but as the keper and White tried to recover the situation Asante smashed the loose ball home for 2-0.

Chester fans chanted “We are going up”, perhaps a little prematurely for mid-September, but based on this display it was easy to understand.

The Bucks tried to respond but their situation and Chester’s high-energy approach seemed to induce panic when they had possession. Danny Livesey should have made it three-nil when unmarked at the far post from a corner, and as the half-time whistle sounded the away fans roared their approval.

Cowan stuck with his starting eleven until an hour in, when Chris Lait replaced Theo Streete, the Bucks changing shape from four to three at the back. Lait’s pace should have been a shot in the arm for the Bucks, but within two minutes it was another shot in their net, Asante adjusting position at the far post to meet Jackson’s cross and bring up his treble.

That goal really killed the contest, although moments later, the underworked Russ Griffiths in the Seals goal did deny Knights from a Lait cross, the keeper saving Knights’ downward header with his feet. Lait’s supply line did bring a goal on 69 minutes when substitute Lewis Reilly, on loan from Crewe, buried a far-post header past Griffiths, and with fellow substitute James McQuilkin adding a little more craft and incisiveness the Bucks enjoyed their best spell.

They were even given a helping hand when a needless and crude challenge from right-back Jamie Morgan from behind on Lait brought a straight red card. The extra man brought more possession but the Bucks lacked conviction.

An ugly incident late on brought bookings for McQuilkin and former Bucks skipper Simon Grand, the defender’s challenge from behind crumpling the Bucks midfielder and bringing an angry reaction, one where each appeared to exchange blows.

From the resulting free-kick, Brendon Daniels struck the angle of post and bar to Griffiths’ right, and the with that disappeared any remote chance of a late, late rally.

In truth, any reward would really have been an injustice; Chester were as good as the Bucks were poor, and Cowan pointed to the need for his side to make the New Buck’s Head a stronghold once more. 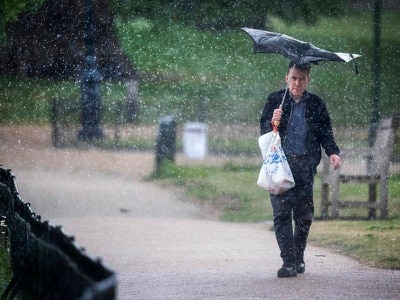