After a misfiring start to the season, a few Bucks fans had been asking “where are the goals coming from?” The answer, on a crazy night at the New Buck’s Head, was quite simply ‘everywhere’. 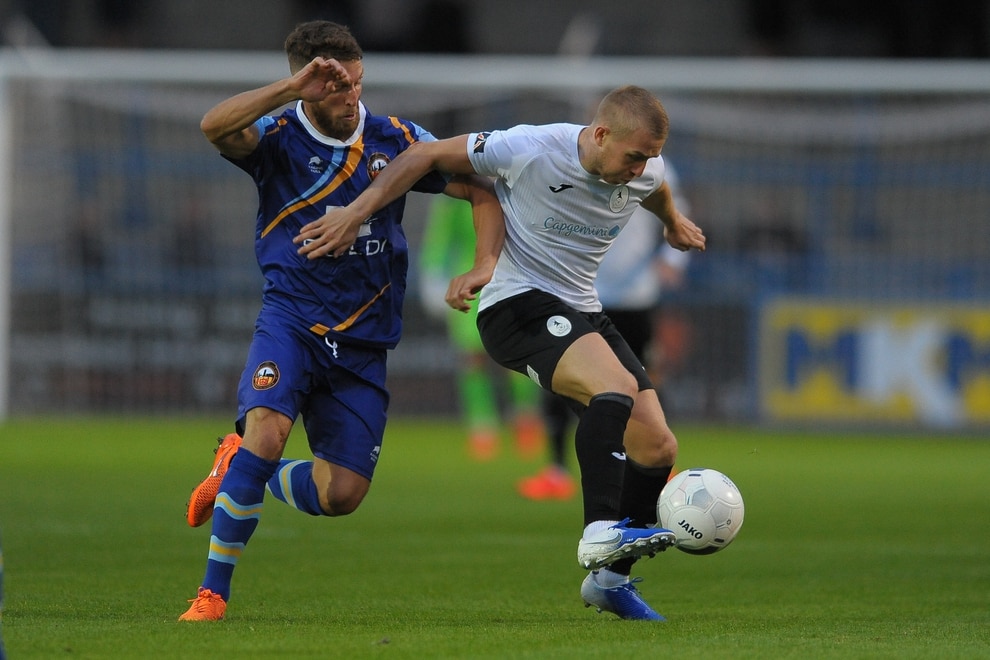 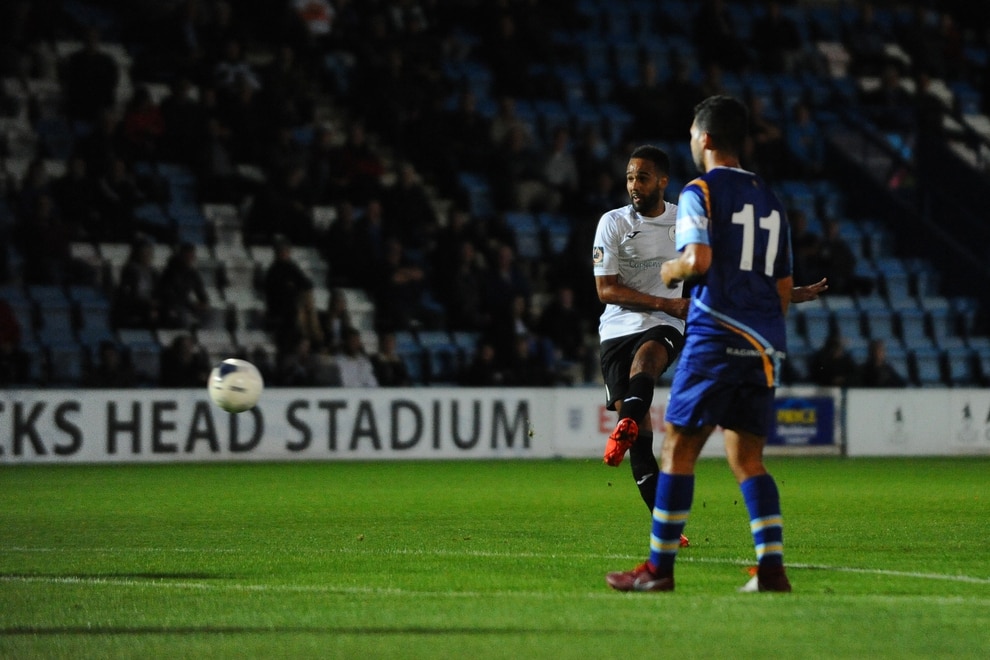 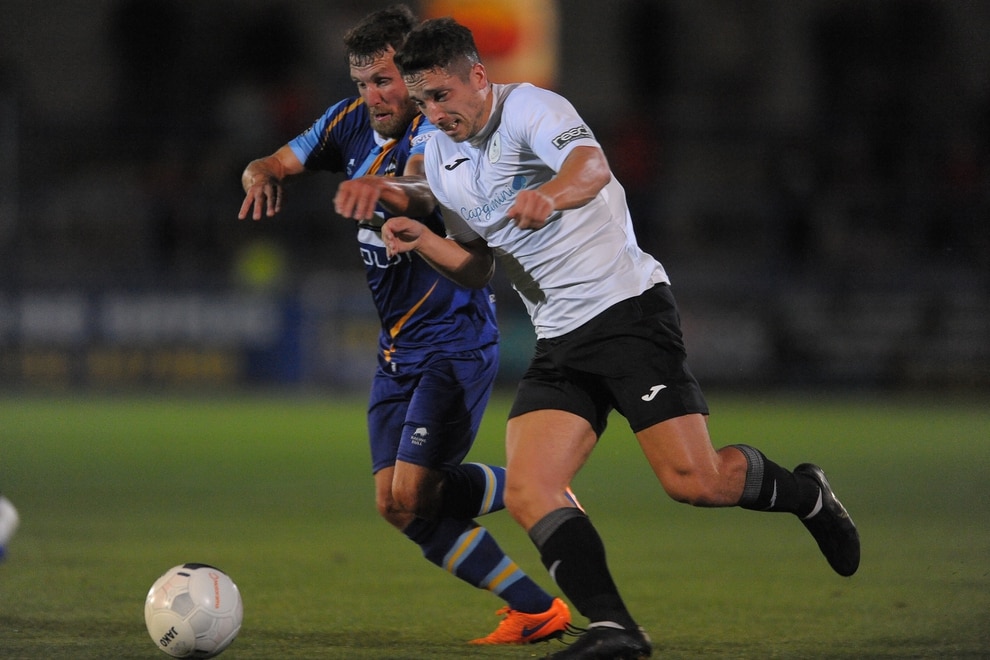 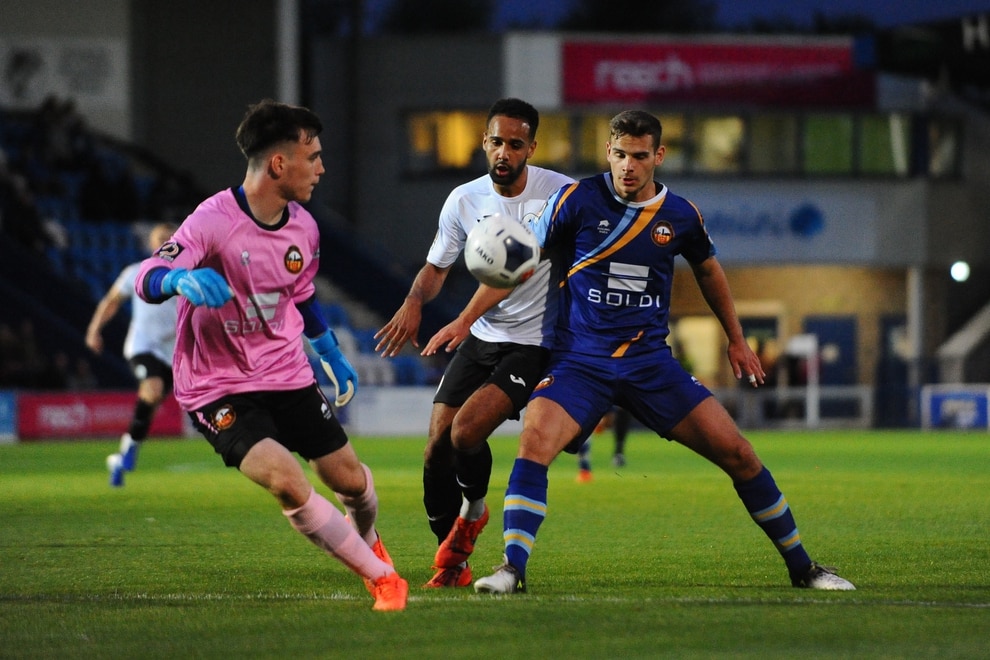 Brendon Daniels of Telford closes down 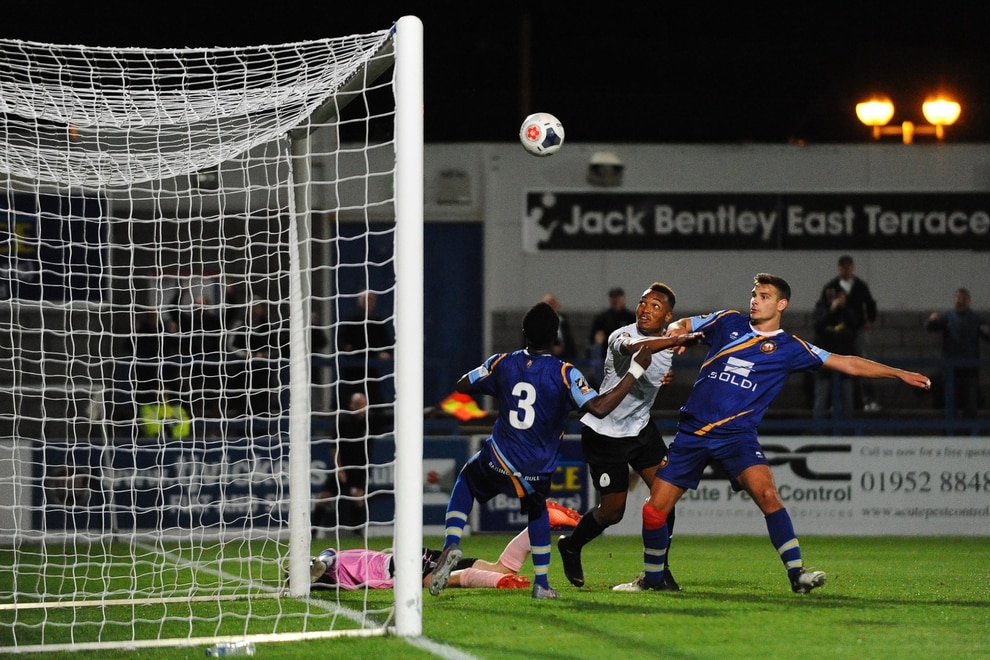 Marcus Dinanga of Telford battles for a header 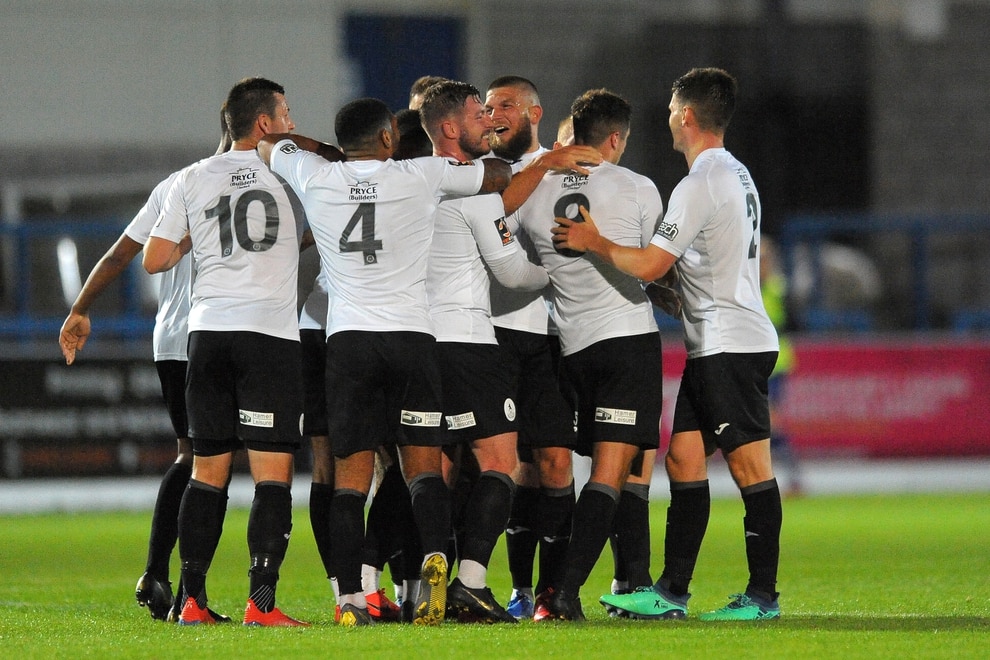 Shane Sutton of Telford is congratulated 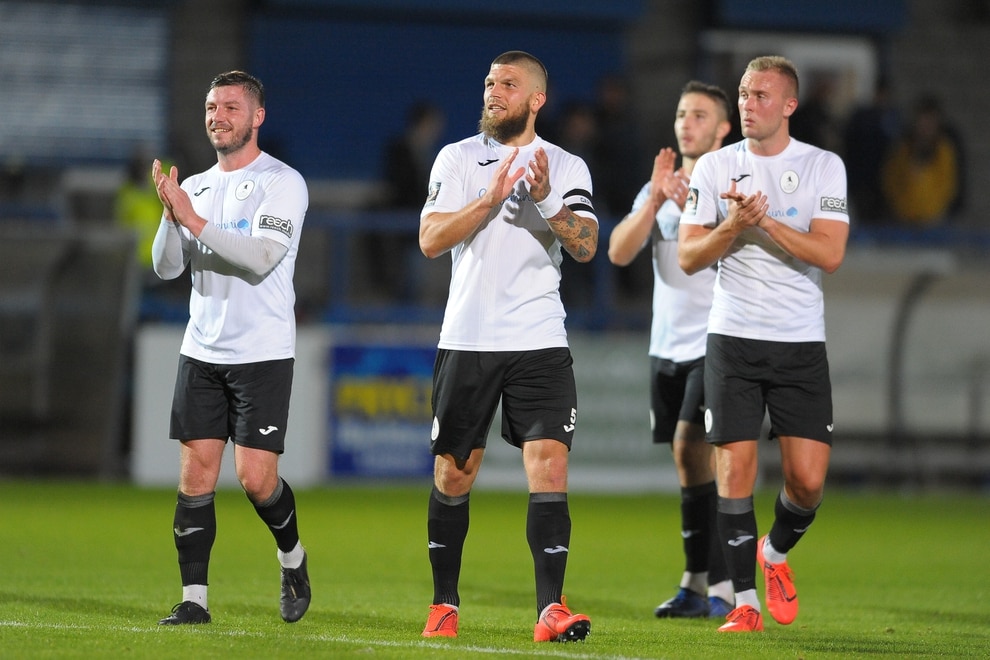 After a nervous and frankly wretched opening half hour, in which the Bucks went 2-0 down within 18 minutes, it looked as though the home hoodoo that has seen the Bucks disappoint in dismal showings against King’s Lynn and Leamington was going to strike again. However, a typical Brendon Daniels free-kick just before the half-hour mark started the fightback, and in the second half they simply dominated and bullied the Tigers, taming the Gloucestershire visitors who looked shell-shocked at the final whistle.

The visitors struck early, after just three minutes, a fine finish from Luke Russe in their first attack. The Bucks and their fans seemed edgy, and when the home side conceded a free-kick 20 yards out to City’s dangerous counter-attacking, Joe Hanks struck a peach of a free-kick over the defensive wall and past Andy Wycherley’s right hand.

Two goals adrift and looking listless, the Bucks needed someone to rise to the occasion, and in Daniels the Bucks have a man capable of doing that. When Marcus Dinanga was fouled 20 yards from goal, Daniels left foot did the rest, beating the Tigers wall and keeper Josh Bradley-Hurst to his right.

With just one goal between the sides, the Bucks had to be mindful of the Tigers on the break. They nullified that threat in the second half, playing a higher line and their passing game started to click. They levelled the game on the hour, and it was a picture-book goal; Daniels beat his man on the right and when Aaron Williams headed his cross back to Marcus Dinanga from the far post, the Bucks striker opened his account for the season, hammering the ball off the underside of the bar and in from 8 yards.

Half-an-hour to play, and the Bucks looked the only team likely to win it. On 72 minutes, a corner from the left-hand side was met by a soaring captain Shane Sutton, and his header was adjudged to have crossed the line, arrowing towards the top corner.

The goals were raining in now, and the Tigers contributed to their own demise when Tom Harrison’s back header to Bradley-Hurst went past the stranded custodian, and Williams won the race to turn the ball into the empty net.

There were some late nerves when referee Kristian Silcock bizarrely awarded a penalty for the Tigers, and their stand-out performer, Joe Parker, buried the spot-kick past a diving Wycherley. It was too little, too late for the visitors.

The Bucks showed what they are capable of in this game, both the self-inflicted errors of the first half, but also the dominant showing of the second 45 minutes. If they can have less of the former and more of the latter, their poor start could quickly be forgotten.