Last season, the Bucks, perhaps catching opponents unawares, enjoyed a strong start to their campaign; whilst it may be unrealistic to have expected a repeat, Gavin Cowan’s men are no longer a surprise package, and a second successive stuttering display, with three defeats in five matches, is not the start anyone would have envisaged. 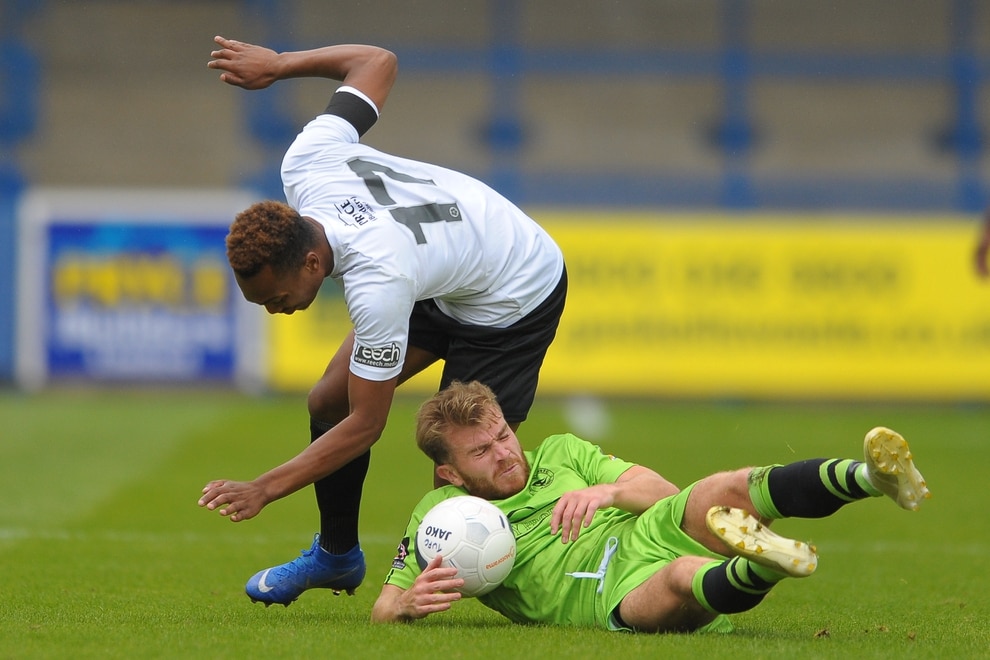 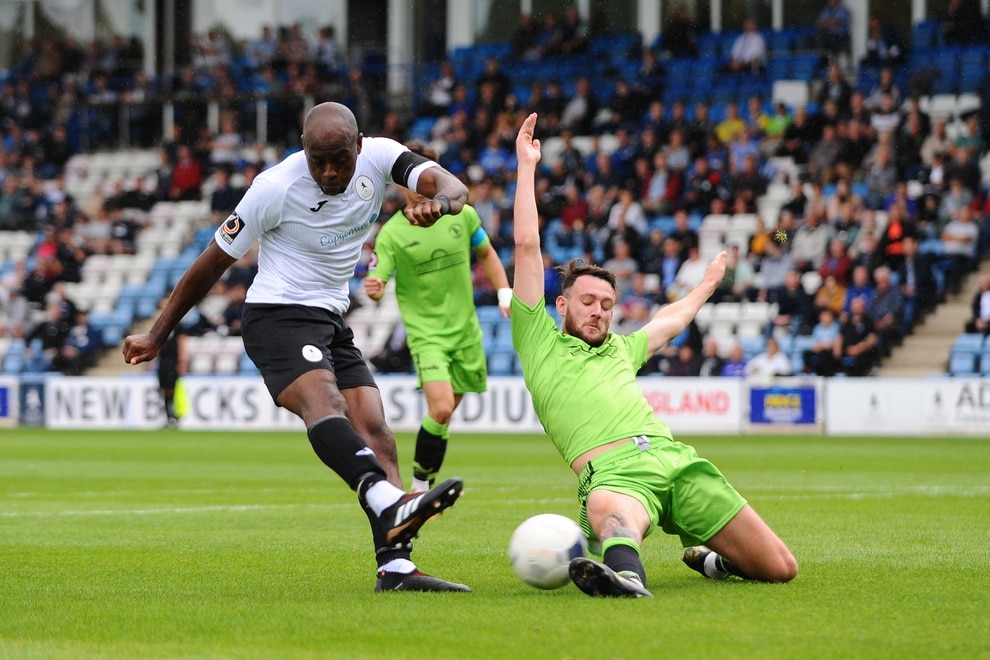 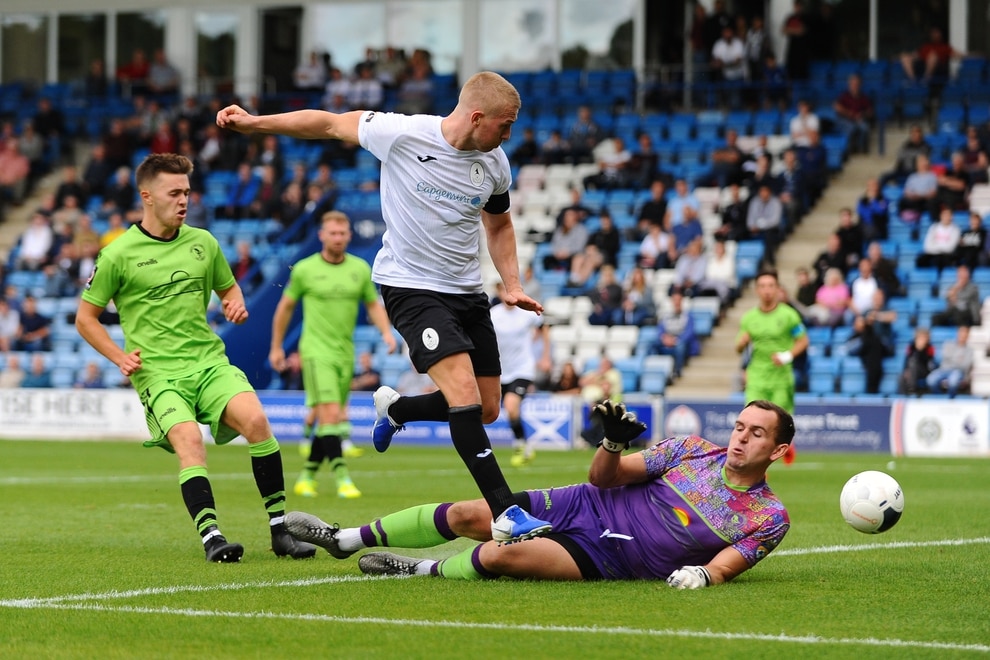 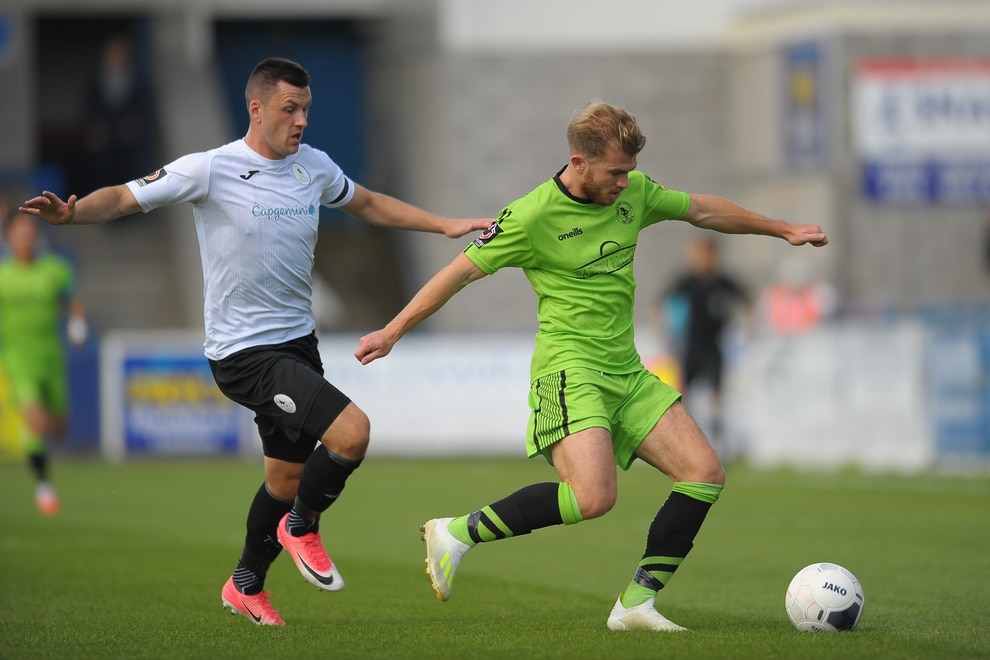 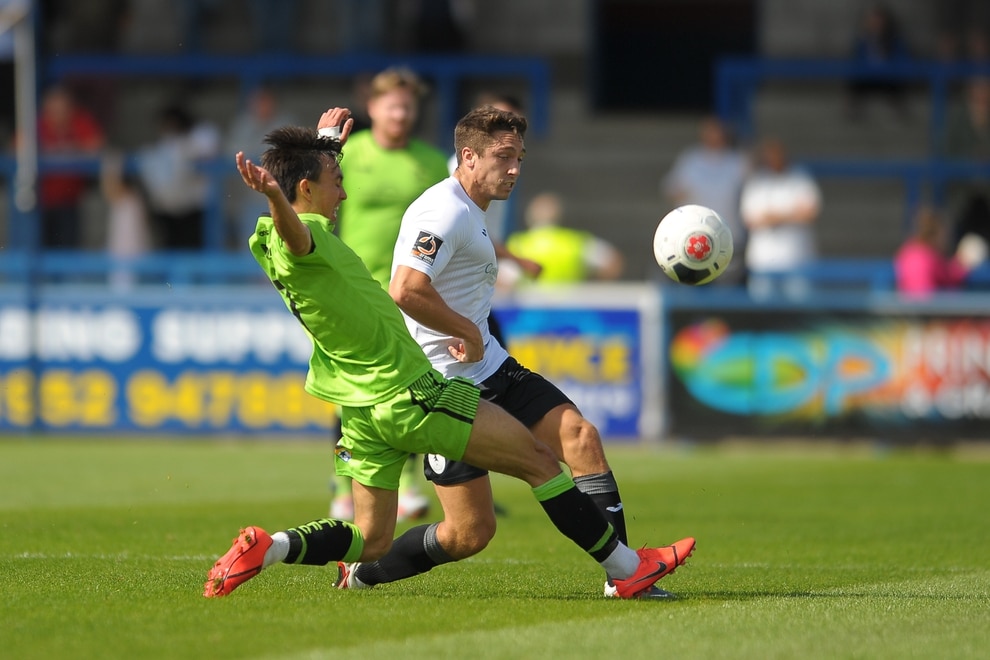 Cowan conceded that the visiting Linnets were simply better on the day; few would contest that. Ian Culverhouse’s outfit moved the ball better and with more purpose, and it was that positivity that took them into a first half 2-0 lead from which Cowan’s men simply couldn’t recover.

After a 1-0 defeat at Hereford in midweek, Cowan made three changes, including restoring the fit again Brendon Daniels for a first start this season. Cowan preferred James McQuilkin over Marcus Dinanga, but with no strike partner forward Aaron Williams had to take on a lone role as the Bucks spearhead and was too often isolated, with the Linnets snapping up any balls that he was able to win.

On 19 minutes the visitors got the reward their enterprise deserved. A diagonal ball over the Bucks defence found veteran goal-getter Michael Gash in space, and his deft control and finish across Addai into the corner showed why he is still a huge threat.

The Linnets continued to pass the ball in a way the Bucks are capable of, but have only shown sporadically this far into the season. The hosts looked vulnerable, and Addai kept the score at one when he hurled himself to his right to turn Rory McCauley’s free header around the post.

The Bucks seemed to be edging back into the game; however, on 44 minutes the visitors took control. Nathan Fox struck a fierce rising shot that Addai saved well, but he only pushed the ball out as far as Adam Marriott, and the striker, nodded the ball in past the prone Addai.

Cowan acted at the interval. Chris Lait, rested with a slight back problem, was thrust into action, and he looked set to have the desired impact. McQuilkin swivelled to shoot wide and Knights scuffed a shot goalwards as the Bucks began to find their rhythm. The Linnets, however, had other ideas, and when a ball through the defence set Alfie Payne in on the left, he beat the exposed Addai to the ball to score confidently.

The Bucks did manage to respond with a goal from McQuilkin on 62 minutes. A corner led to Theo Streete’s shot being deflected for another corner, and from their first bit of concerted presence in the Linnets penalty area McQuilkin surged to the goal-line on the right and beat Alex Street from a sharp angle.

Hopes that might spark a Bucks cavalry charge were high, but despite a lot more territory and some decent possession, they didn’t have the same incisiveness as the visitors had shown, even when Marcus Dinanga and Andre Brown were introduced to give Williams some much needed support. Skipper Shane Sutton did head home a free-kick, only to be ruled offside, whilst feint hopes that referee Joseph Johnson had awarded the Bucks an injury-time penalty died when the official instead restarted play with a drop-ball.

No-one should be hitting the panic button just yet, but Cowan’s team are currently looking less then the sum of their parts.

Non-league is facing a divide 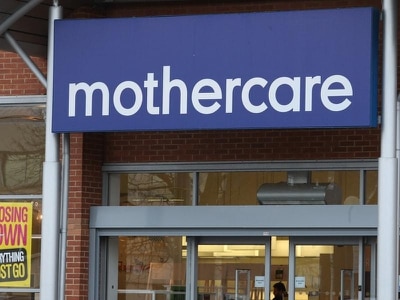 Morrisons to give food banks £10m during coronavirus outbreak