A second home game in four days for the Bucks resulted in a second clean sheet, but ultimately in frustration, with the Gateshead goal leading a charmed life in a second half where the Bucks repeatedly created opportunities, but were unable to apply the finishing touch. 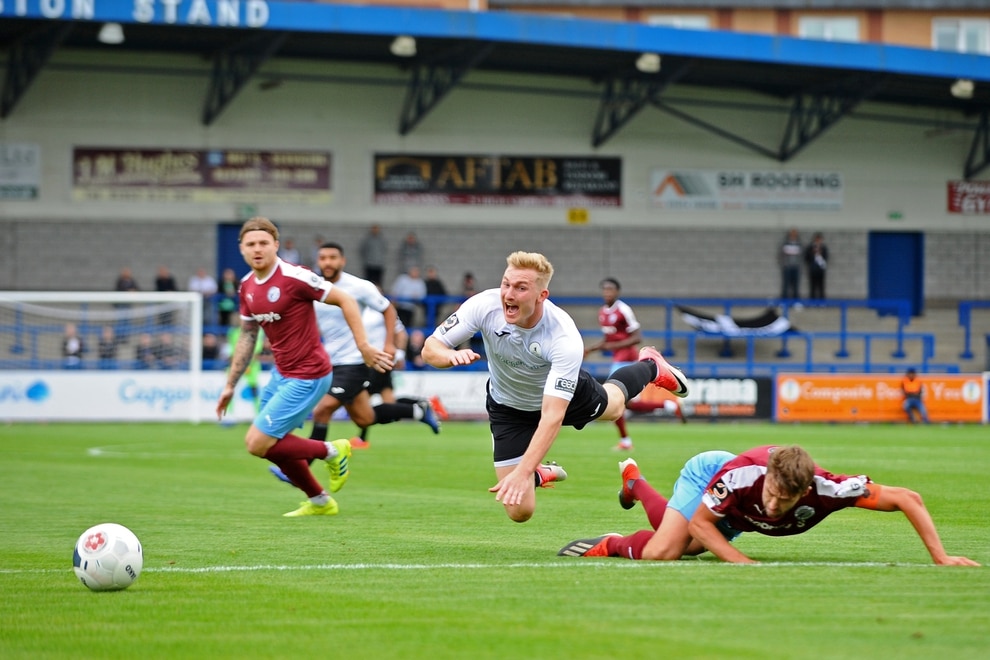 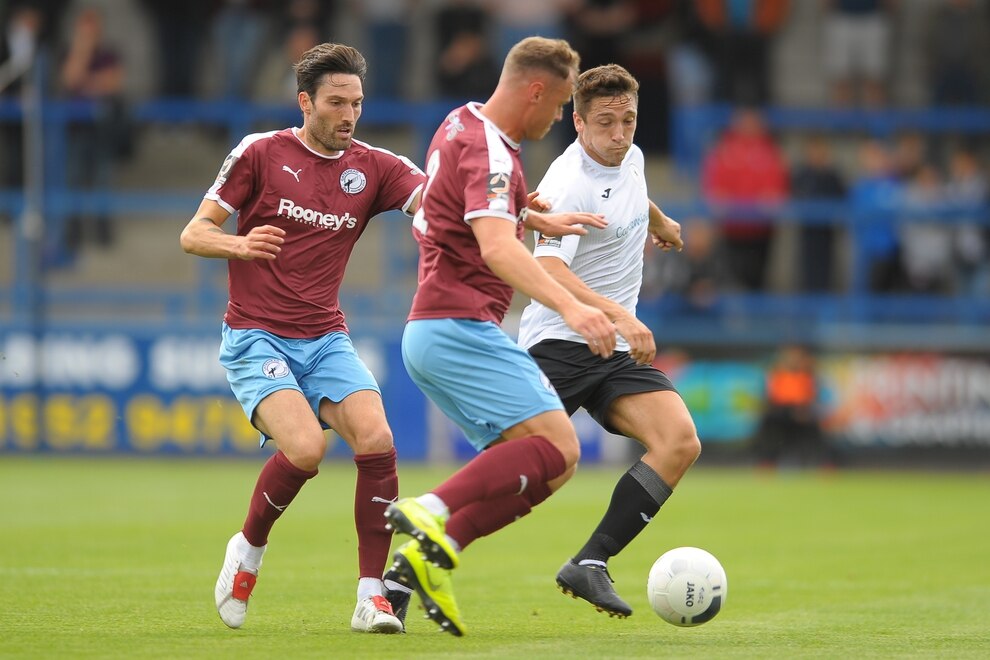 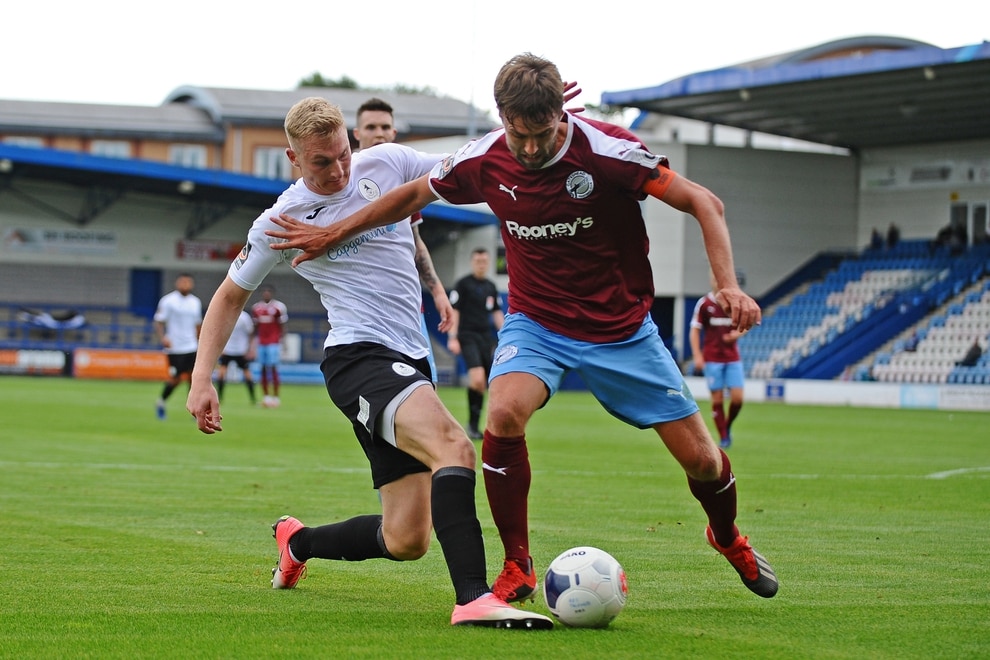 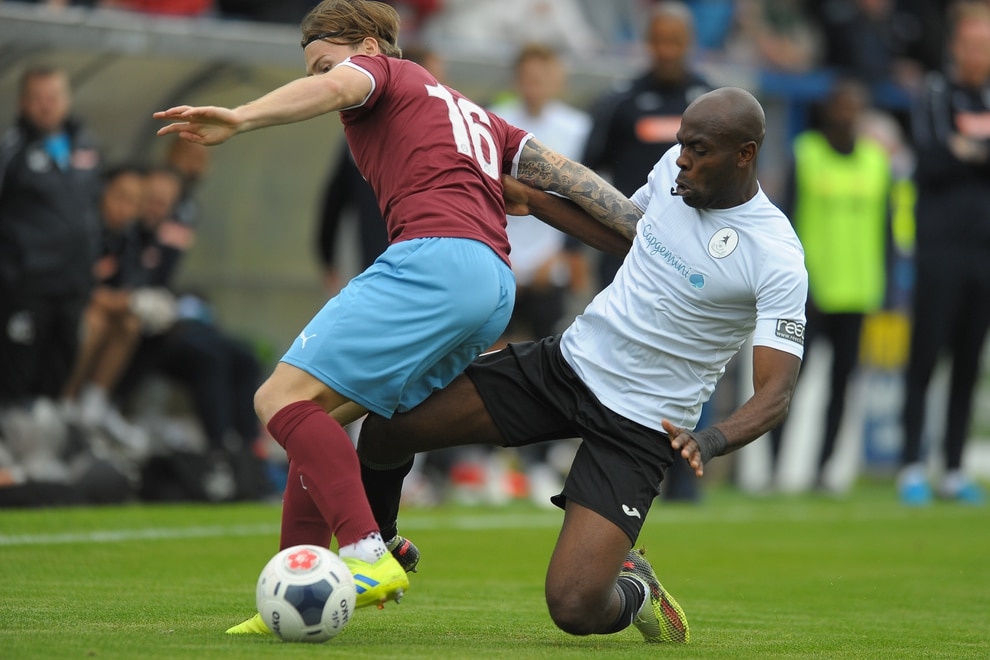 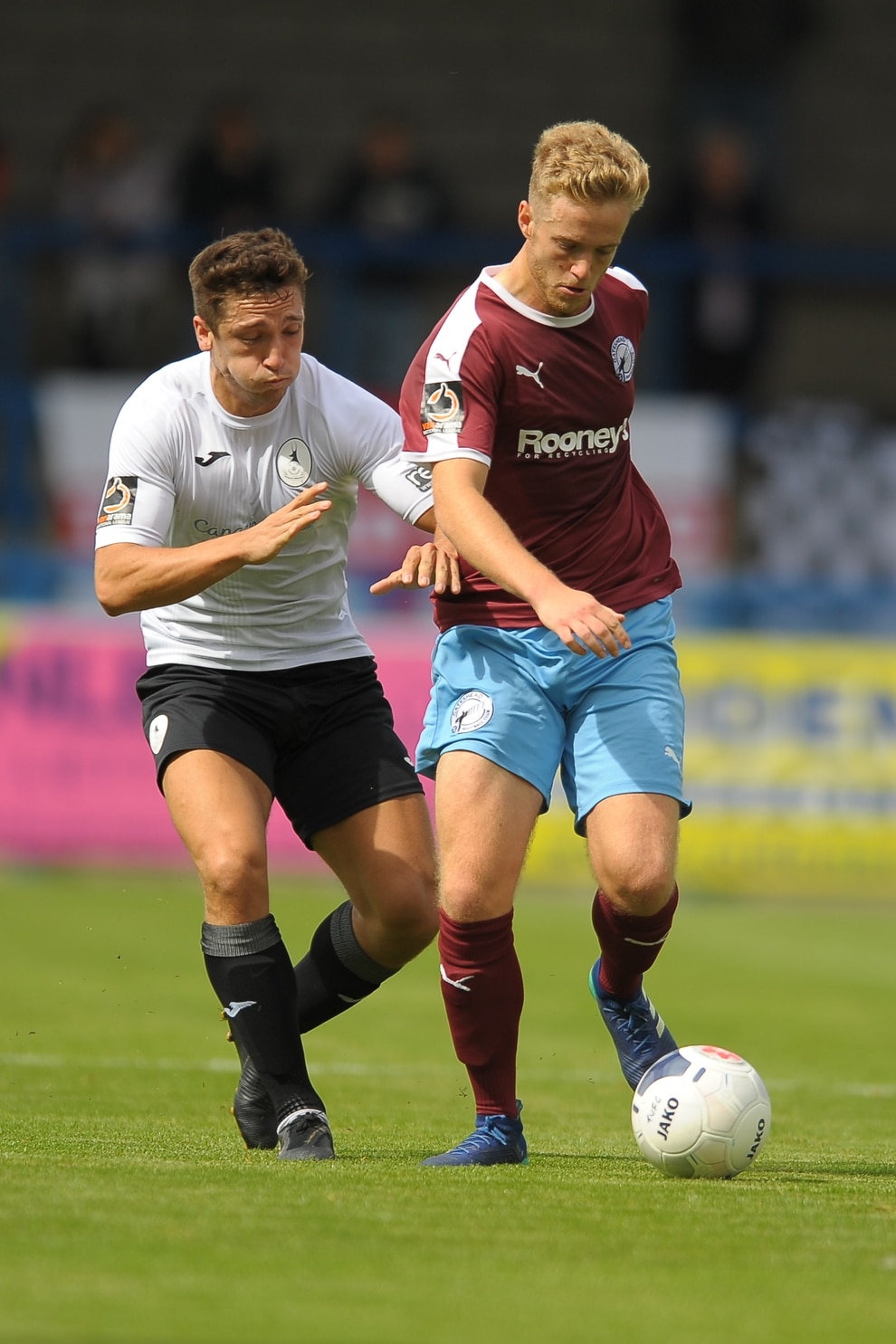 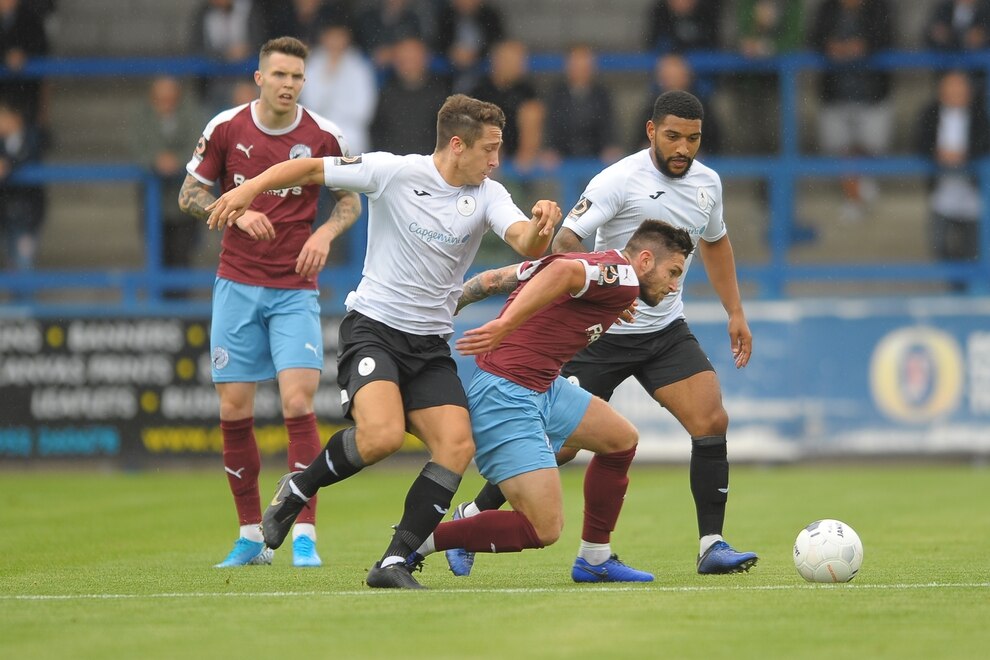 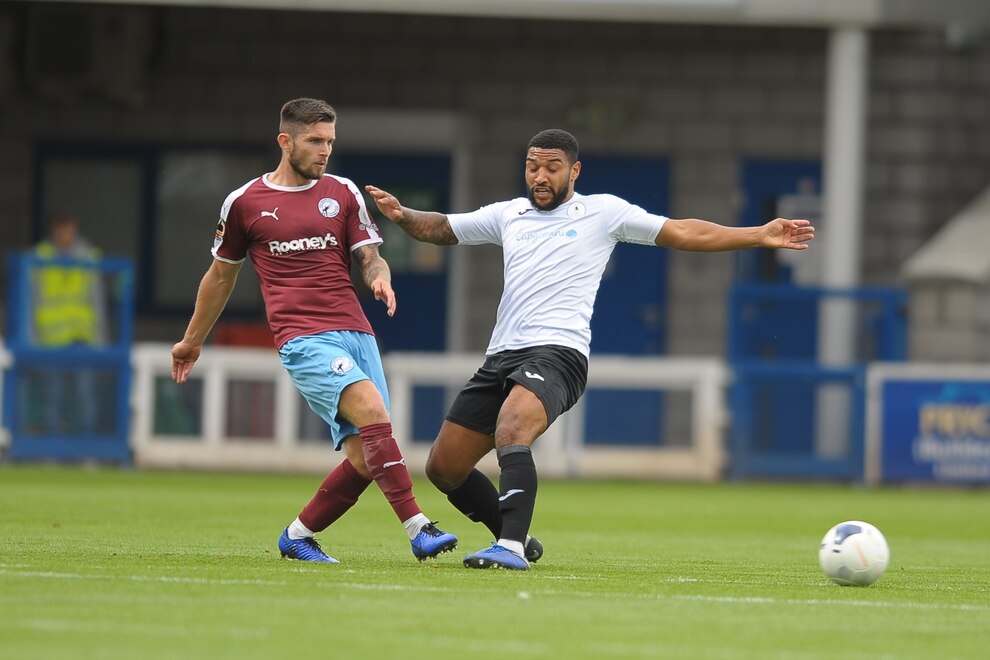 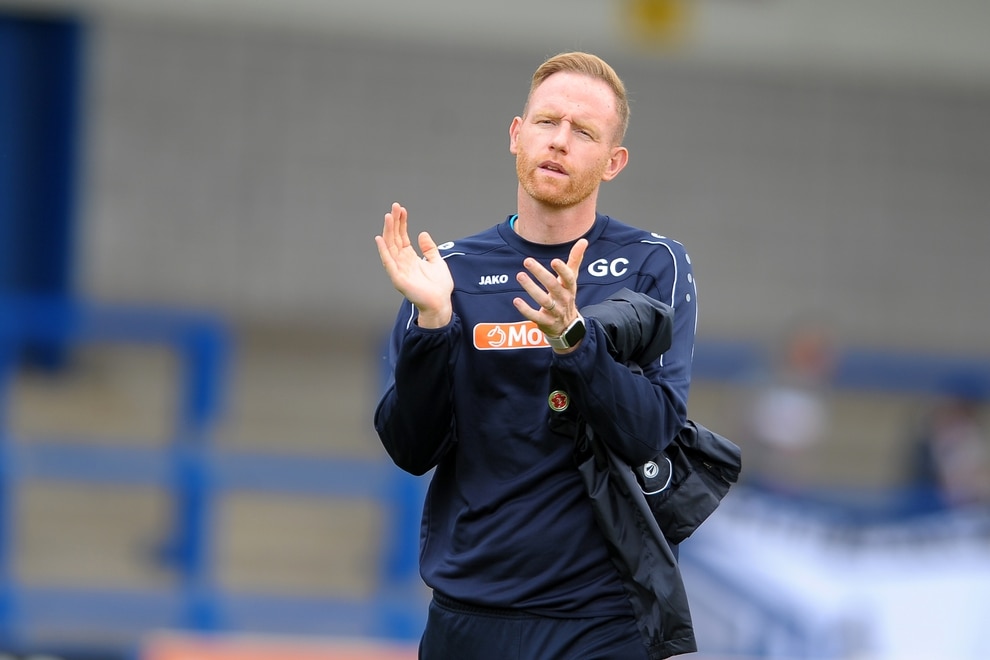 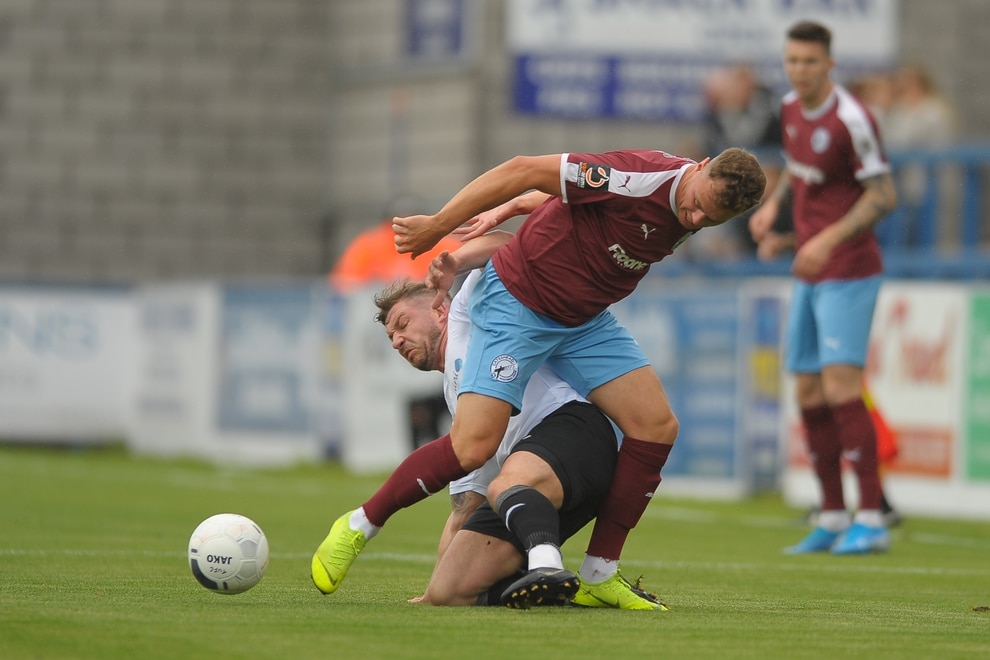 Manager Gavin Cowan gave a vote of confidence to the same players who earned a 2-0 win over Kidderminster; however, the unchanged line-up couldn’t breach the defence of a team who finished ninth in the National League last season, but who were forced to take a one division relegation because of financial mismanagement, writes Richard Worton.

The visitors started more positively than the hosts, and they should have been ahead after just 3 minutes, had JJ O’Donnell been able to better direct a close-range header, rather than bouncing it up into the hands of Bucks keeper Corey Addai.

Telford came through the opening 15 minutes and began to match Gateshead, although neither Steph Morley nor Darryl Knights could convert presentable free-kick opportunities. On 22 minutes, the exciting Chris Lait found a low cross from the right that James McQuilkin couldn’t get enough of a contact, whilst Ellis Deeney’s follow-up shot was blocked.

O’Donnell shot wide from Kayode’s cross, whilst the Bucks went closest to scoring when a Scott Barrow back-pass to keeper James resulted in a poor first touch; James then had to kick clear but smacked the ball off the back of Bucks no.11 Knights, and it fortuitously rebounded over the crossbar.

Cowan said after the game that he felt full-timers Gateshead had paid a compliment to his side by coming to nullify the Bucks, and the manager looked to change that at half-time, withdrawing McQuilkin to give Aaron Williams a striking partner in Marcus Dinanga. He wasted no time in making an impression; just two minutes in his shot drew a save from James, but with the ball rebounding Knights got too far underneath his effort from 8 yards and cleared the crossbar, a great chance missed.

That set the tone for the half, with Dinanga at times involved in a personal duel with James. Williams struck the outside of a post with a low shot, then Dinanga headed back across goal and wide from a Morley cross. Dinanga stung the keeper’s hands with a sharp shot on the turn that was heading high up inside the keeper’s near post before Theo Streete steered a shot wide from close range after skipper Shane Sutton, located at the far post by a free-kick, directed the ball back towards his defensive colleague.

With just less than 15 minutes to play, and with Bucks seeking any defensive vulnerability they could find, James got his fingertips to a Dinanga header from Lait’s cross, the ball still skimming the bar as it went for a corner. Knights was to go close again, the crowd seemingly in agony as they watched his low effort from Lait’s cross creep wide of the far post by mere centimetres.

After a litany of missed opportunities, it would have been rough justice had Gateshead stolen anything but a point; however, they nearly did so, and when Kayode’s strength took him past Sutton to shoot, Addai was strong at his near post, beating the effort away.

The visitors had resisted all attempts to send them home empty-handed, whilst the Bucks have to maintain their belief; they did everything but score, but at least for Cowan the performance was there, even if the finishing wasn’t.