People in Wales will be allowed to meet up with others outdoors from Monday, the First Minister has said.

Mark Drakeford said a relaxing of lockdown rules meant people from two different households will be able to meet as long as they do not travel more than five miles.

Under new “stay local” guidelines, which replace the “stay at home” message previously used by the Welsh Government, people will still need to observe social distancing when meeting in public or private outdoor spaces.

Exceptions will allow for travelling to work, to seek care, and shopping for essentials if they are not available locally.

The easing of lockdown rules will be formally set out by Mr Drakeford at the Welsh Government’s daily press briefing on Friday, before the new rules come into force on Monday.

Further plans to relax restrictions in the coming weeks are also expected to be discussed at the briefing.

On Friday morning, Mr Drakeford said Wales had “limited headroom” for relaxing restrictions as the R infection rate in the country remains at 0.8 and was falling slower than expected.

He told BBC Radio 4’s Today programme: “The R rate across Wales is no better today than it was three weeks ago, which is why we have only limited headroom to make any difference.

“And that is why we decided to focus on this one measure to allow households to see one another.”

He added: “And that is why we have limited headroom, can offer just one step forward and still remain in Wales determined to do this in as careful and as cautious way as is necessary.”

Mr Drakeford later told Good Morning Britain there was no cap on the number of people from one household that could meet people from another household, but warned the new guidelines were not an “invitation” to meet up.

He said: “The safest thing remains to see as few people as you can and to stay as locally as you can.

“So it’s permission for people to do something which is very important but people should still be sensible about it, do it only when its necessary, stay apart from one another.

“Running to people’s houses, sitting in gardens close together, having a beer and it all breaking down – that’s definitely not what we are proposing in Wales.”

Responding to why Wales wasn’t following the same measures as England given their R rates are similar, Mr Drakeford said: “Well I could put it the other way to you – why aren’t they following what’s been done in other parts of the United Kingdom?”

“England isn’t a template for the rest of the UK to follow.

“I think we are still moving in the same direction across the United Kingdom – we’re all moving cautiously, we’re all lifting lockdown – but we’re applying it in our own contexts.”

But following reports about Friday’s announcement, the former leader of the Welsh Conservative group criticised the “arbitrary” five-mile restriction on travel.

Andrew RT Davies, MS for South Wales Central, said: “First and foremost, I welcome the Welsh Government’s decision to allow people from different households to meet, which is great news to many people and families in Wales.

“However, whilst this is the right course of action, the First Minister is in danger of giving with one hand and taking away with another by imposing this arbitrary five-mile travel rule. It must go.

“Not everyone in Wales lives in a town or city close to family and friends and this will unfairly impact on those in our rural communities.

“I therefore politely ask the First Minister to change this regulation prior to tomorrow’s announcement and ensure everyone in Wales can have the pleasure of seeing their family and friends next week.

“If he chooses not to, then the Welsh Labour Government should share the scientific evidence on which this decision has been made with the public.”

Mr Drakeford responded to accusations the new rules were “unfair” during his appearance on GMB, but said it was necessary to prevent the virus spreading from one area to another.

He said: “We have parts of Wales where there has been very little coronavirus and the last thing we want is for people to be travelling to those areas and taking the virus with them.”

He added: “It’s a sacrifice for those people whose family live further than five miles away, I understand that, and we’ll review this again in three weeks’ time.”

On Thursday, Public Health Wales announced a further 14 people had died after testing positive for Covid-19, bringing its total confirmed deaths to 1,307, though the true number is known to be more than 2,000.

Another 72 cases of the virus were also reported, bringing the total of confirmed cases in Wales so far to 13,725. 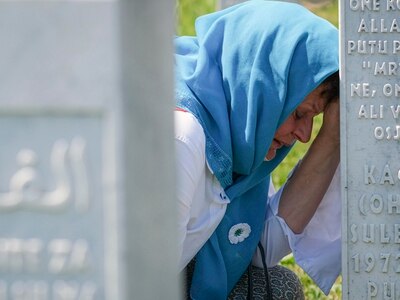