Storm Ciara: Buildings damaged and roads blocked as trees are brought down across Shropshire

Shropshire is counting the costs of Storm Ciara which brought down trees and left flood water across the county. 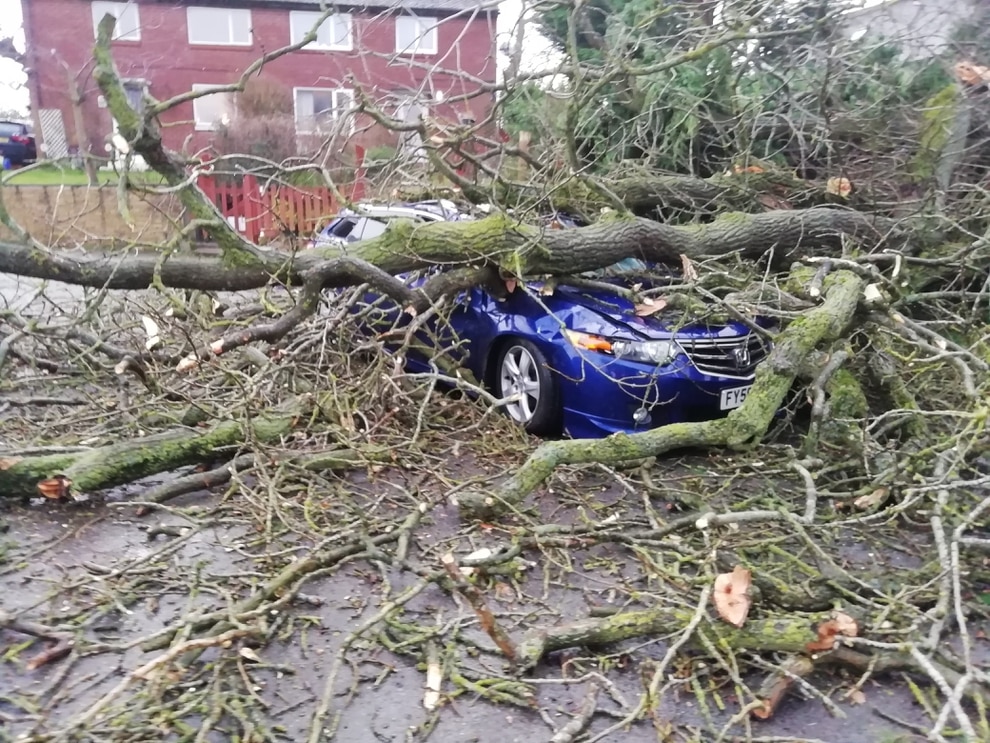 A tree crashed down onto a car in Cruckton, near Shrewsbury. Photo: Julie Butler. 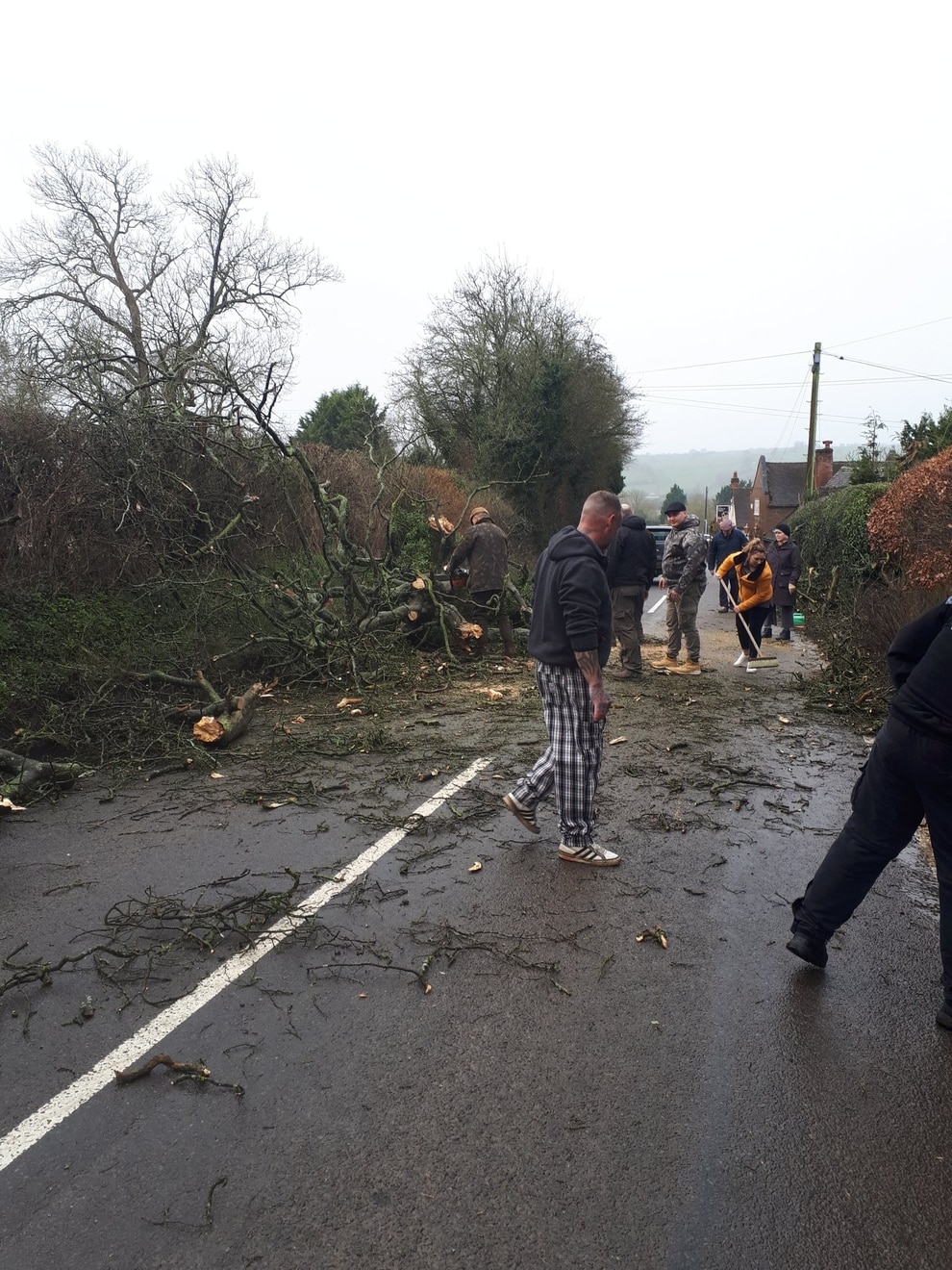 Telford & Wrekin Council teams dealt with more than 35 fallen trees on Sunday and more strong winds are expected this week.

The council said some buildings had also been damaged by the high winds.

Council leader Shaun Davies said: “Our thanks go to all the council teams and contractors for their response to Storm Ciara and doing a great job in helping to keep roads and paths clear in very difficult conditions.

"Thanks also to our residents and partners for their invaluable help minimising the storm's impact.”

The bad weather is set to continue for the rest of today, with flood warnings in place for the River Vyrnwy near Oswestry and flood alerts set for the River Severn near Shrewsbury.

Rail services between Shrewsbury and Aberystwyth were disrupted this morning as engineers carried out repairs to the Cambrian Line.

A rail replacement bus service was in place until about 11am.

Transport for Wales (TfW) reopened the line in both directions following a safety inspection but warned people to check their journey before travelling.

Flood water caused chaos in Welshpool as fire crews had to rescue people from numerous vehicles on the airport straight.

They urged people not to enter flood water and adhere to road closures.

04P1 and 04R1 have just returned to station after rescuing occupants from numerous vehicles on the airport straight. There are many road closures in place due to water levels PLEASE DO NOT IGNORE THE SIGNS, and do not enter flood water. @mywelshpool @CountyTimes pic.twitter.com/rZ4B2Nw0QY

Menawhile, residents in Bridgnorth helped police clear the roads yesterday after a tree blocked the way.

Staff and residents at Ye Olde Punch Bowl in the town helped the police brush away debris and move branches.

Brilliant reaction from the community to clear the road today. Highways were a little busy!
Thankyou to residents and staff at @Yeoldpunchbowl #CommunityMatters @BridgnorthCops #stormchiara pic.twitter.com/LRmDgwkXsI

Craven Arms High Street has been closed this morning after a tree fell on a power cable and Western Power were called to the scene near the medical centre.

Police closed the road and said the power cable was not sparking, but people should take an alternative route until further notice.

Flood alerts have been set across Shropshire, including the River Severn and Upper Teme near Ludlow, as river levels rise and Shropshire Council asks people to remain vigilant.

River levels are rising and we are currently awaiting updates to see if we will need to close St Julian's Friar's Car Park so please remain vigilant and if require long stay parking use Park and Ride, Abbey Foregate Car Park or Raven Meadows MSCP today

River levels have also risen at the Tern and Perry catchment, near Market Drayton, and the Environment Agency warned flooding of roads and farm land is possible over the next few days in that area.

See the latest forecast from the Met Office here:

Mobility scooter stopped by police on A5 between Shrewsbury and Telford