A 13-mile stretch on one of the region's busiest roads will be closed overnight for more than a month for improvement works to be carried out.

Drivers face more than four weeks of misery as work will be carried out from May 30 to July 7, between the Mile End roundabout at Oswestry and the Churncote roundabout near Shrewsbury.

The road will be closed between 8pm and 6am, when the works will be undertaken by Highways England.

It is believed the works are part of a pavement resurfacing scheme.

It is also believed that traffic will be diverted via Four Crosses and Llandrinio during the closures.

But concerns have been raised that the closure caused by the roadworks will wreak havoc on other roads in the area.

Councillor Robert Milton, chairman of Oswestry Rural Parish Council, said: "I'm always concerned whenever I hear about a closure on the A5 because the disruption it causes people is usually absolutely awful.

"Not only are the diversions long, usually from Shrewsbury to Oswestry, you're taken towards Welshpool, it's the damage they cause to the unclassified roads.

"A lot of heavy goods vehicles use the A5 between Oswestry and Shrewsbury day and night, which is a lot for these unclassified, B roads to take, when they are diverted onto them.

"Plus it has an impact on local communities, with a high volume of vehicles passing through late at night, which keeps people awake because of the noise."

Councillor Milton also said the diversion routes usually cause headaches for visitors because of their limited local knowledge.

Despite improvement works being carried out on the A5, Councillor Milton said he "isn't holding his breath" that any improvements will be carried out in order to allow for the A5 to be turned into a dual carriageway because of the high costs that would be involved.

News of the closure comes just weeks after Highways England confirmed the A483 between the Mile End roundabout and Llanymynech, will be affected between 9pm and 5am from mid-July through to September for works to be carried out.

Highways England said the works will also be part of a pavement resurfacing scheme.

This closure was also met with disappointment.

Dilys Gaskill, chair of Llanymynech and Pant Parish Council, said: "Roadworks starting in July is probably the worst time of year for this area, it's the main tourist season and I do worry that if visitors do get stuck in traffic, it will put them off coming to this area again, which isn't good.

"I know the bulk of the road closures are during the night time but that still causes problems.

"The weekend closures especially will be a nightmare, particular for tourists and events happening this summer.

"I just hope the closures don't coincide with major events such as the Royal Welsh Show, when the roads are always much busier.

"Those involved in the planning and logistics of roadworks and road closures should also bear in mind what's happening elsewhere, say in Welshpool, and on the A5, where we've seen the works at the Gledrid roundabout causing disruption in the area over recent months." 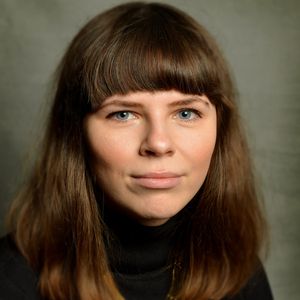 Crackdown finds bouncers operating without licences - including one who ran away

Mark Andrews: Why I'm displaying al the signs of madness

Mark Andrews: Therese gets her tinsel tangled, the dangers of crying wolf, and what happened to the pork shortage?

Peter Rhodes on power cuts, a mild spell and whatever happened to Winterval?

Crackdown finds bouncers operating without licences - including one who ran away

Santas gather across the UK for festive charity runs

Government calls on people to get flu jab before Christmas