The body that aims to protect the English countryside has accused Shropshire Council of misleading the electorate over the need for house building.

The Campaign to Protect Rural England says the presentation of housing figures proposed by Shropshire Council is starkly at odds with reality.

Speaking at the organisation’s annual meeting, Charles Green presented an in-depth review of what Shropshire Council claims demonstrates support for its target of 28,750 new houses in the coming 20 years.

He said: “When Shropshire Council published summary results of last year’s consultations, we suspected that the figures had been heavily skewed to support its own agenda. The council provided us with its raw data and a root and branch examination of those figures followed.

“Simply, the results of the 2017 consultations show that 88 per cent of the general public and 74 per cent of town and parish councils, prefer a housing target of 26,250 or even lower.

"As a group, it’s only agents acting for landowners and developers who favour the highest growth option. We also noticed that the agents’ support included multiple and repeated responses. Indeed, in one instance, an agent had submitted 25 identical responses, all of which were included in the council’s scores."

Shropshire Council consulted twice in 2017 on its partial review of the Local Plan and a further round of targeted consultation is due to take place later in 2018 before a formal consultation on the published plan in 2019.

If given the go-ahead, the plan will be formally adopted in October 2020 and so now is the time to call the council to question.

Mr Green added: “This is not simply a case of the CPRE being against housing development – far from it. We simply wish to see Shropshire protected and the right types of housing built in the right areas.

“Our analysis of the council’s figures clearly demonstrates that both the general public, and town and parish councils, are overwhelmingly in favour of lower growth rates than Shropshire Council is promoting, yet the council is pushing ahead with its plans regardless.

“Shropshire Council should take proper note of the views of its electorate and opt for the lower housing targets, rather than the currently high figure which is only supported by those in the development sector.

"CPRE Shropshire has already made great strides in calling to account the actions of the council and we’d urge anyone who feels passionately about protecting this special county to get in touch, and to keep pressing the council not to ignore its electorate.”

What does the Shropshire Council say?

In response to CPRE’s claims, Adrian Cooper, Shropshire Council’s planning policy and strategy manager, said: “We note the analysis of representations to the Local Plan Review process which has been completed by CPRE.

“As a responsible and democratically representative organisation, we must take into account the wider needs of the entire population and other stakeholders, including those who are not as engaged as those who have already contributed views.

“Regarding the specific point that CPRE makes about duplicate responses from planning agents, it is important to recognise that there are a limited number of planning agents in Shropshire and they therefore usually have multiple clients on whose behalf they are responding. It is these clients who are the respondents, rather than the agent submitting the response on their behalf.

“At its meeting on October 18, 2017, Shropshire Council’s Cabinet considered a range of options for the scale of future housing growth in the county for the period to 2036. Explicit reference was made in the Cabinet report to the fact that a majority supported ‘moderate’ rather than ‘high’ growth, but Cabinet nevertheless chose to endorse ‘High Growth’ as its preferred option to help to deliver the objectives of its adopted Economic Growth Strategy and Corporate Plan, which seek to tackle some of the key challenges which we face, including access to more affordable housing.

“This has been published in the documents following the consultation. The nationally-prescribed Local Plan review process provides the most appropriate mechanism for anyone who disagrees with the council’s preferred approach to challenge it by making formal representations regarding the ‘soundness’ of the Plan, and to have such representations considered by an independent planning inspector.”

Plan to give new lease of life to south Shropshire shop

Zoopla records 88% increase in demand for homes as market reopens 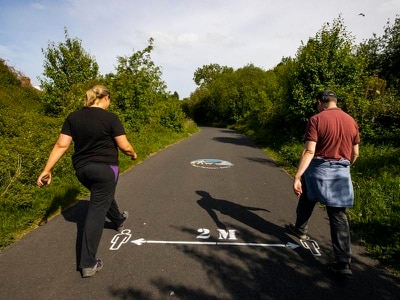