It is one of the 77 constituencies guaranteed to be getting a new MP, and voters in Montgomeryshire have heard from the four people who hope it will be them. 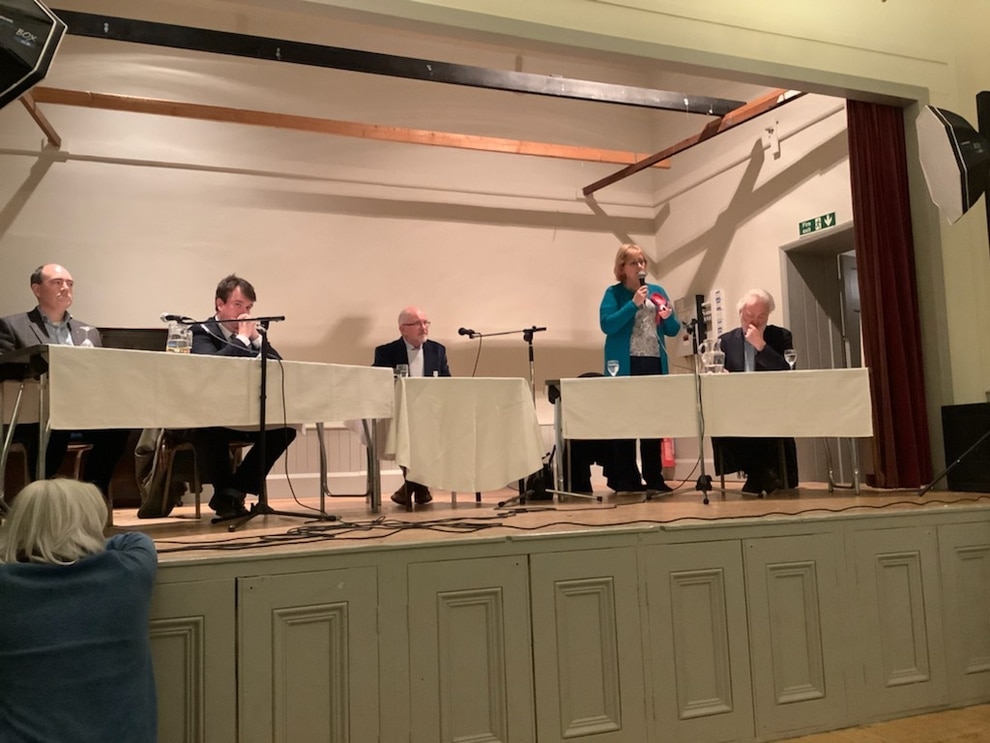 The hustings in Montgomery Town Hall 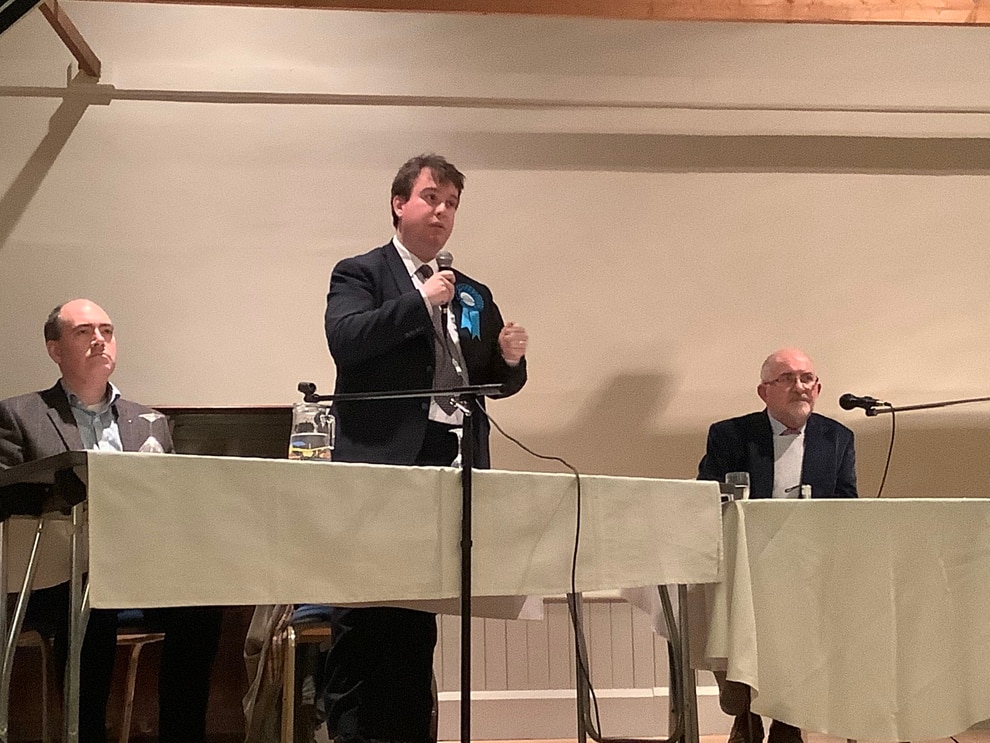 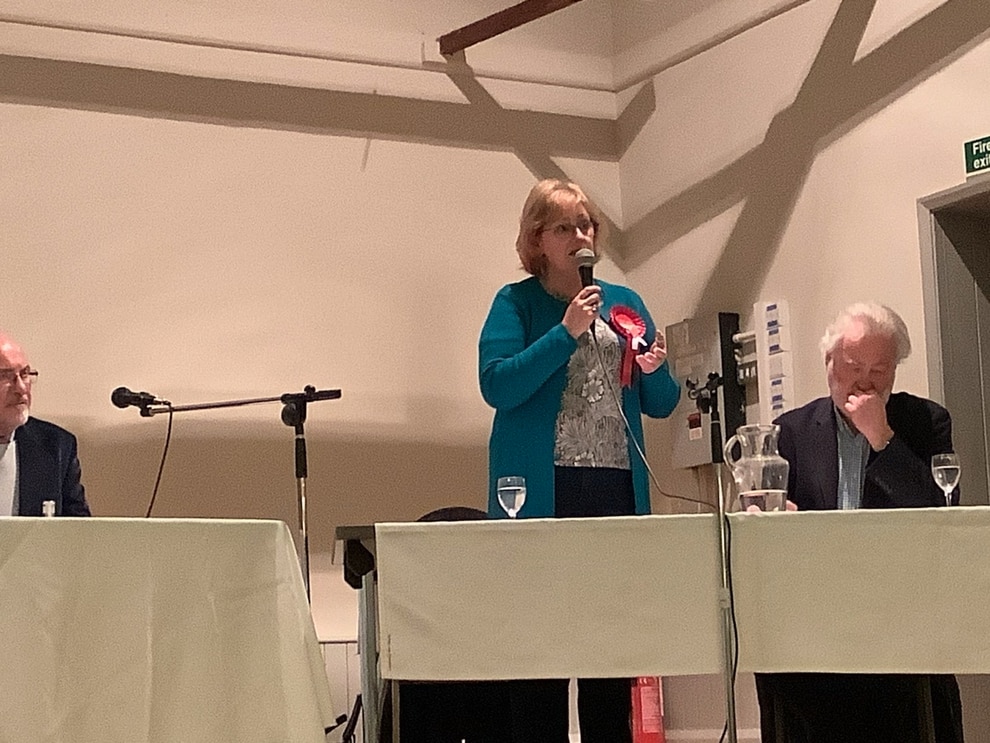 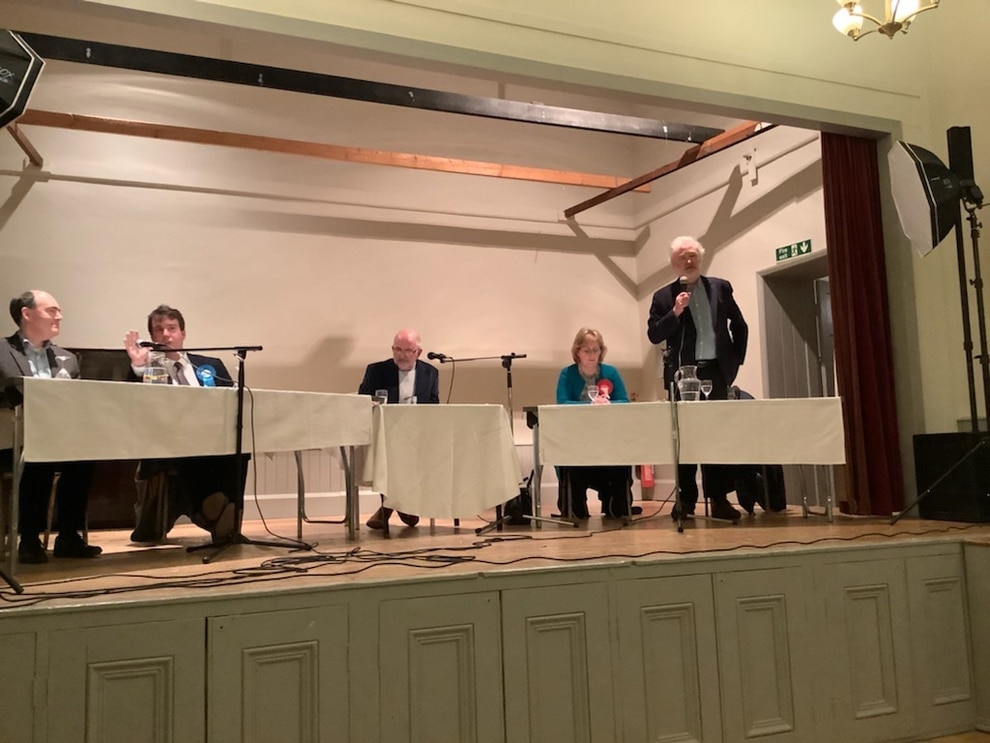 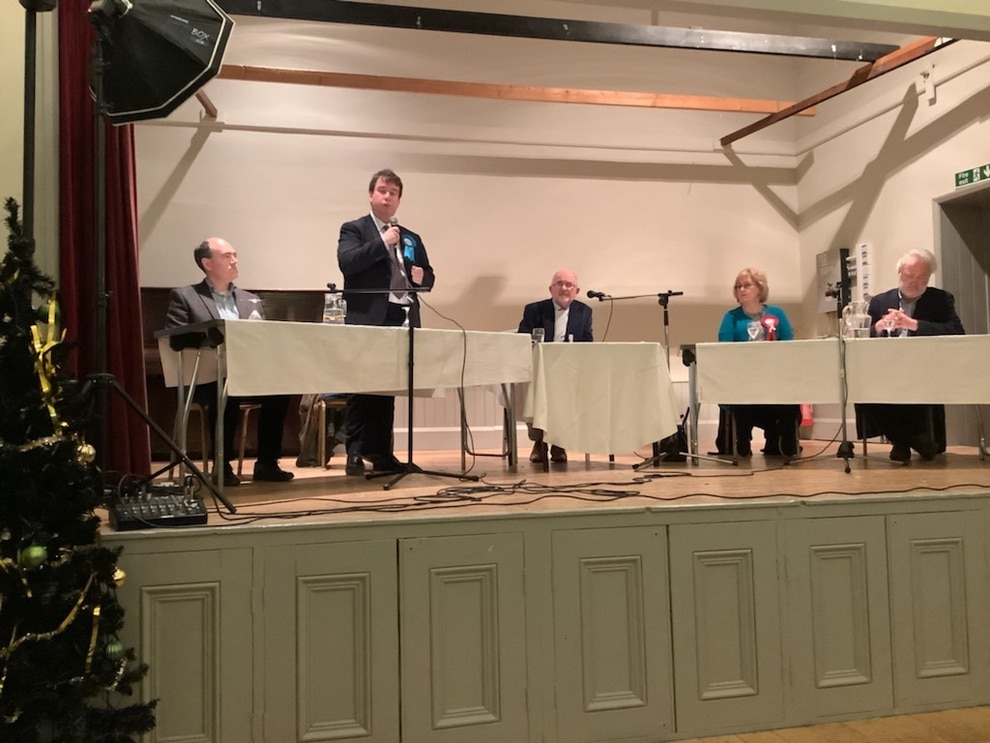 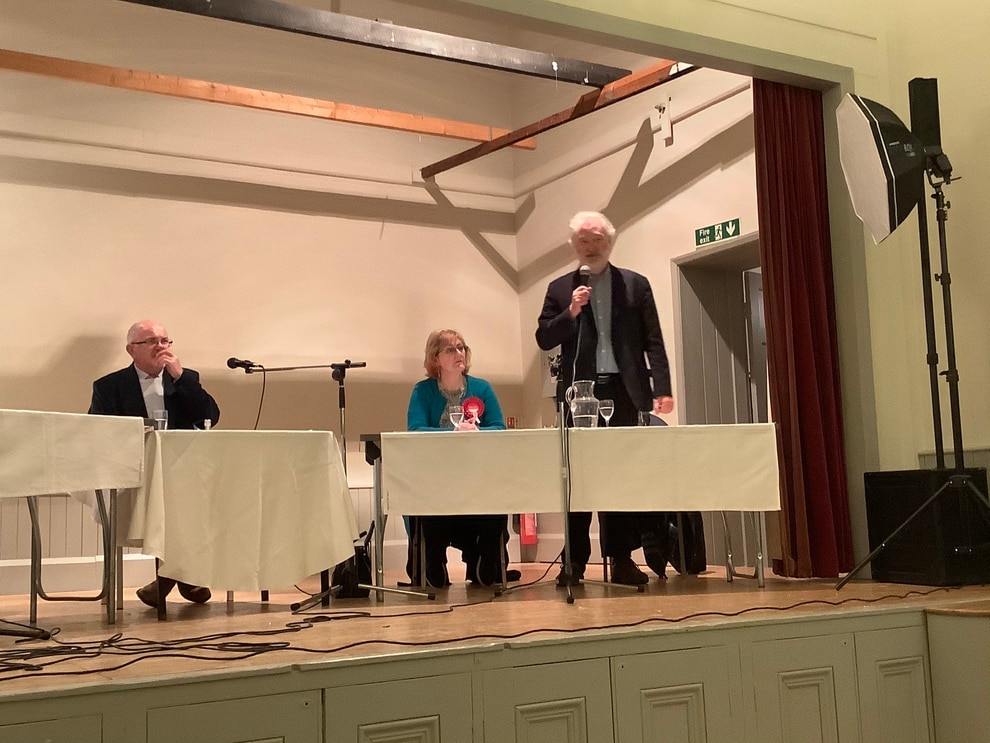 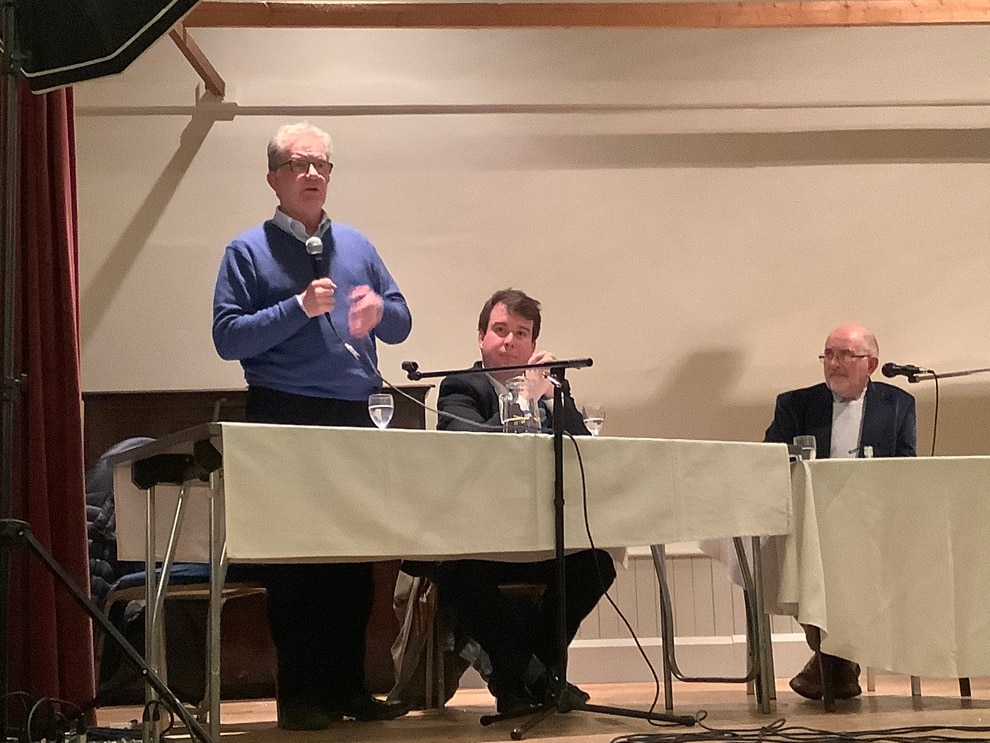 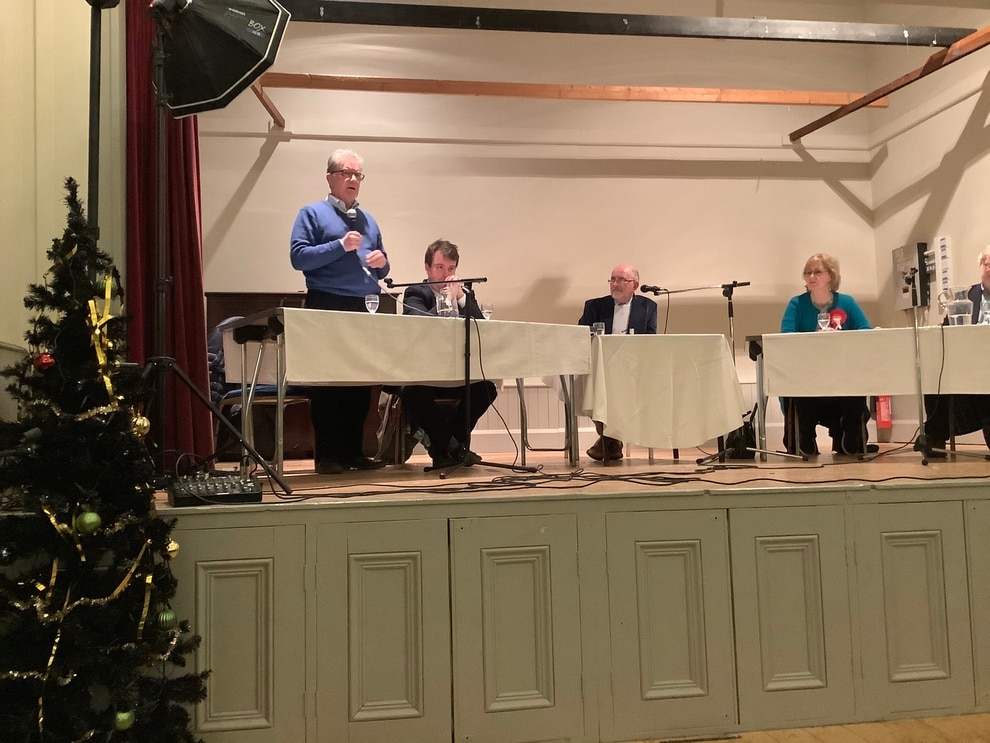 The Liberal Democrat candidate Kishan Devani was unable to attend and sent constituency party chairman Richard Church in his place.

Mr Williams, who served as MP for Cardiff North between 2015 and 2017, echoed the mantra of his party leader and told the 100-plus crowd that the priority was to “get Brexit done”.

He said: “We had a mandate and we believe we need to get on with it. People want certainty, they do not want another referendum.”

Ms Duerden said she was an “angry middle-aged woman” and “not a professional politician”.

She said she was passionate about healthcare and that the NHS and the climate emergency were her priorities.

Mr Evans, leader of Gwlad Gwlad, said his party was standing in Montgomeryshire after Plaid Cymru dropped out of the race as part of the ‘Unite to Remain’ pact to give the Lib Dems a better chance.

He said: “It is an utter disgrace that they have decided Montgomeryshire doesn’t matter. At least one party is standing for Wales.”

Mr Church said Mr Devani wanted to “give something back” to the country that had given so much to his family since his parents came to the country as refugees in the 1970s.

He added that Mr Devani was, “the only candidate in Montgomeryshire who can prevent the Conservatives from winning here”.

When probed on Brexit, Ms Duerden said: “We will negotiate a better deal that won’t decimate farming or industry.

“It won’t be as good as if we remain, that’s my opinion, but we will put it back to the people.

“Nigel Owens does not take a position in favour of one team or the other when he goes out onto the rugby field. Somebody has got to be the referee.”

Mr Williams, who this year was appointed by the government as a special advisor to the Brexit Secretary, said: “As somebody who has sat at the table opposite Michel Barnier I can tell you our EU partners and neighbours want to move on. There is a great opportunity and a positivity to take from this.”

There were pledges from all sides, with Ms Duerden saying Labour would properly fund the NHS and adult social care, while Mr Church said the Lib Dems would have a £50 billion ‘Brexit dividend’ to plough into public services and working towards carbon neutrality by 2045.

There was agreement across the board on issues like improving rural bus links, supporting businesses and tackling poverty, with Mr Evans saying the UK now had more food banks than branches of McDonald's.

Appealing for everyone to exercise their right to vote on December 12, he said he would happily take the protest votes.