The election of Sir Keir Starmer as leader brought with it the hope of a brighter future for a Labour Party still reeling from a catastrophic general election defeat.

But as the new man in charge assembled his frontbench and prepared to set off on the long road back to electoral recovery, one issue from the previous regime still lingered.

Under his watch the party embraced the kind of outdated, hard-left policies that were never likely to gain mass appeal.

In elections of all kinds Labour seats dwindled as the party ignored the people it used to represent. The approach to Brexit (which, we should not forget, Mr Starmer played a major role in) was laughably incoherent.

Mr Corbyn himself accepted responsibility for none of this (his allies preferred to blame the media), and was also cursed with a chronic inability to hold the government to account, even as successive Conservative administrations lurched from one debacle to another.

It could be argued that he enabled the revival of a Tory party that appeared to be dead in the water, and his comments that Labour had "won the argument" while suffering its worst election defeat since 1935 summed up perfectly his delusion.

Yet none of these shortcomings was more stark – and difficult to swallow for many traditional Labour supporters and the general public – than the descent towards extremism that Mr Corbyn oversaw.

Under his watch, Labour became a haven for extremists, where the perpetrators of anti-Jewish abuse were allowed to spew their vile hatred, largely without consequence.

The line between criticism of the Israeli government and attacks on Jews became blurred.

Without strong guidance from the party leadership, abhorrent views began to multiply – and woe betide anyone who dared to call them out.

The attempted "solution" of beefing up the complaints process proved to be woefully short of what was required.

When, in May last year, the Equality and Human Rights Commission launched an investigation into whether Labour "unlawfully discriminated against, harassed or victimised people because they are Jewish", it should have sparked shame amongst the party leadership, followed by a period of deep reflection.

The fact that it did neither of those things highlights the magnitude of the task in front of Mr Starmer.

Moving on from Labour's mishandling of Brexit – a key reason behind December's election loss – was relatively easy in comparison.

After the Brexit Bill was passed in January, Mr Starmer was left with little choice but to concede defeat and move on.

It will be far harder to draw a line under an issue that has almost become ingrained in the party's DNA.

He started off on the right foot.

In his first days in office he vowed to prioritise tackling anti-Semitism.

A new independent complaints procedure would be set up to respond to allegations, and a training regime will be launched for all party staff.

He also called for all pending cases to be "on my desk at the end of the week".

It was not long before he was presented with his first real test, when frontbencher and Corbyn ally Rebecca Long-Bailey shared an online article falsely claiming the Israeli Secret Services had taught US police the "tactics" used to kill George Floyd.

She was immediately sacked and her actions condemned.

Days later another of the old guard, Thomas Gardiner, stood down as Labour's anti-Semitism disputes chief.

This is only the tip of the iceberg, and recent events in the Black Country have provided further evidence that the road to reform will be a long and rocky one for Mr Starmer.

Dudley Council has launched an investigation into a tweet posted by former leader Pete Lowe, seemingly intended in support of Ms Long-Bailey.

And Yvonne Davies was suspended by Labour – and subsequently stood down as Sandwell Council leader – over a series of tweets she posted in 2017 and 2018.

Councillor Davies has insisted she is not anti-Semitic. Neither councillor has offered an apology.

Meanwhile at a meeting of the Wolverhampton South West CLP, a motion was put forward condemning the sacking of Ms Long-Bailey over what it called a “false accusation of anti-Semitism”.

The motion included a tirade against the Israeli state and concluded: “This CLP further notes the legitimacy of Black Lives Matter expressing their solidarity with the Palestinian people in their struggle for liberation and in the commonality of experience in facing a militarised state oppressor.” It was withdrawn following opposition from some members.

While Mr Starmer is keen to show he serious about dealing with extremists, rebellion already appears to be brewing.

Labour may have become unelectable under Mr Corbyn, but tens of thousands of people joined the party largely because of him.

How Mr Starmer deals with the disgruntled hard left factions will largely determine his success in eradicating what is undeniably the most toxic aspect of his predecessor's reign.

If, for example, he were to lose his majority on the party's ruling NEC, his ability to initiate and instill the changes he desires would be nullified.

It is a battle that will last years rather than months, and the big tests are yet to come.

Objections to plans for more homes in Shifnal 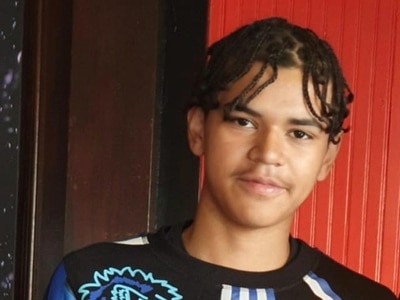 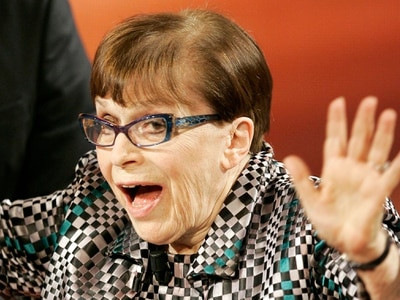