In those last carefree weeks before the outbreak of war, a photographer captured an arresting image of a teenage Shropshire society beauty dancing happily at a posh bash in London with a smiling young American. 1930s society beauties Janey Kenyon-Slaney, on the left in profile, and her older sister Vivien. 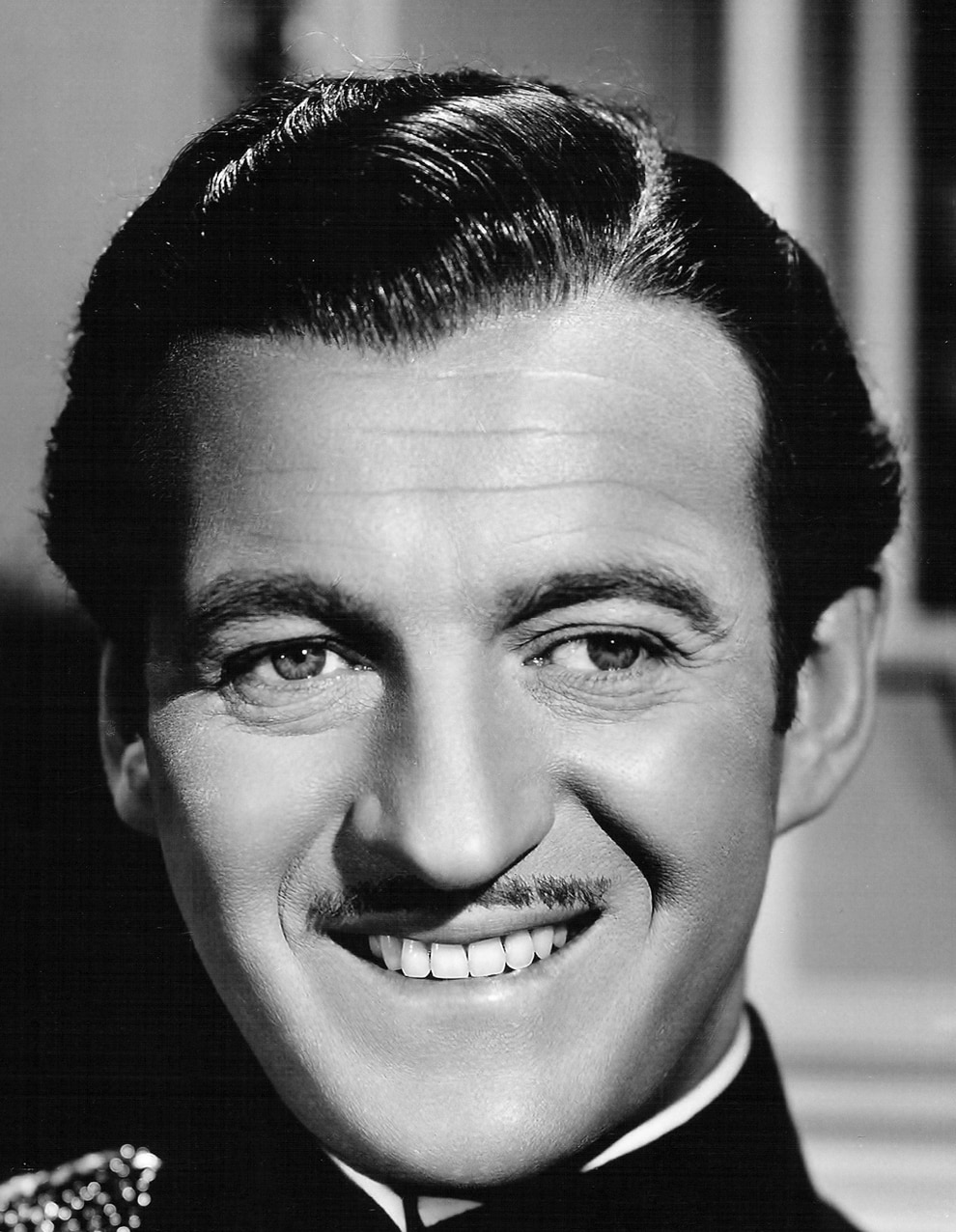 Kenyon-Slaney children at Hatton Grange, near Shifnal, in January 1927. From left, Vivien, Ursula - who preferred to be called Janey - and baby Robin. 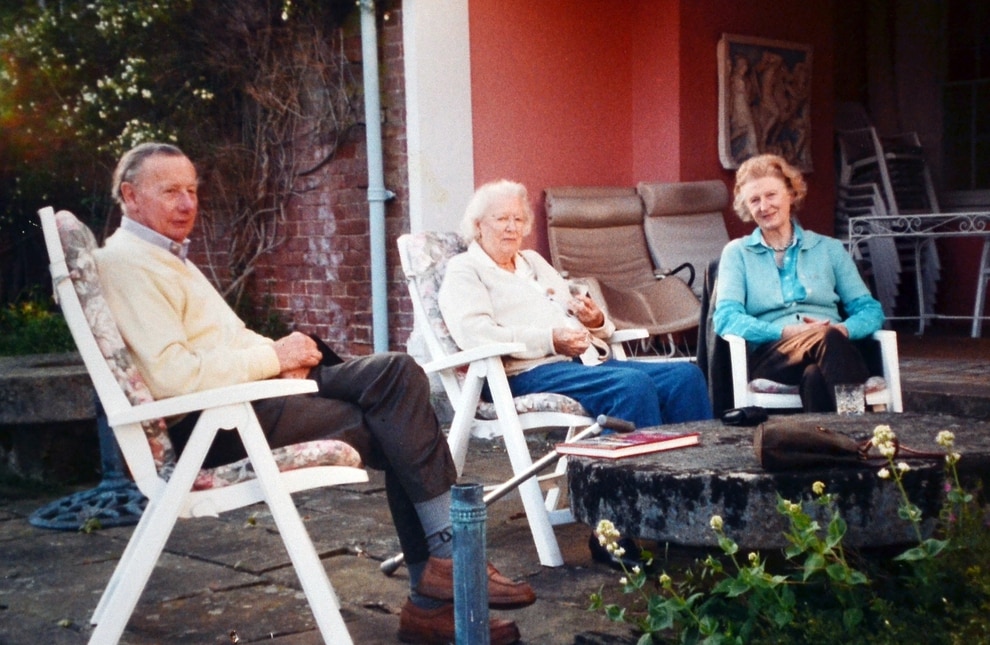 Simon with Janey, centre, and on the right his wife Mary. 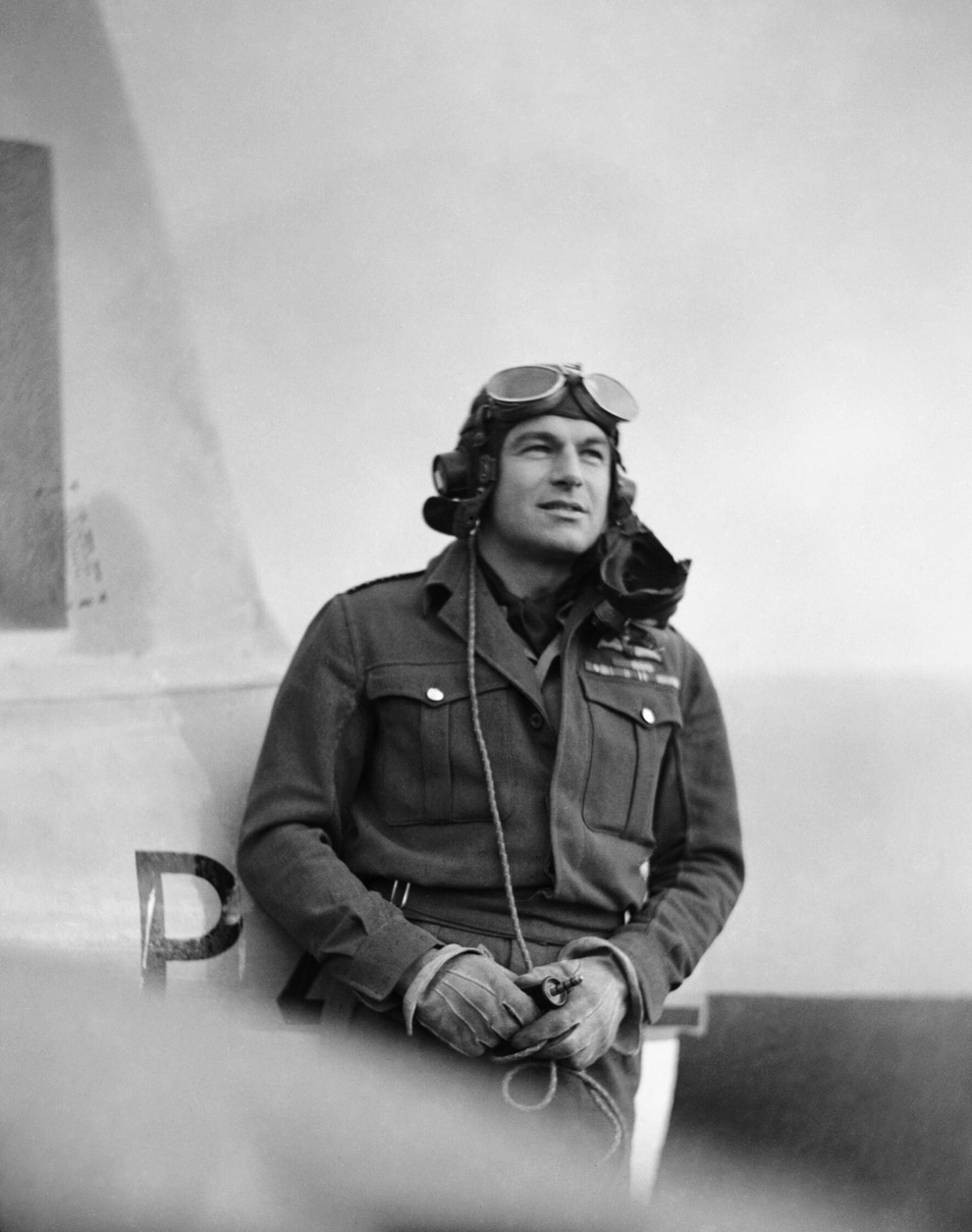 She was Janey Kenyon-Slaney, a pre-war debutante who was once reportedly engaged to the Hollywood film star David Niven, and went on to work during the war with the cloak-and-dagger organisation the Special Operations Executive on Lord Mountbatten's staff.

And her partner that night at the American ambassador's residence in the summer of 1939? That beaming smile should be familiar - because he was destined to become one of the most famous, and tragic, figures of the 20th century.

It was Jack Kennedy, the future President of the United States.

Janey, who was brought up at Hatton Grange, near Shifnal, was a great friend of the Kennedys. The dad, Joe, was American ambassador and his eldest daughter Kathleen, nicknamed "Kick," was a particular pal of hers.

Janey, granddaughter of the Duke and Duchess of Abercorn, was part of the glittering set of pretty young things in the last hurrah of debutantes in the late 1930s.

She married three times. First in October 1940 to Peter Lindsay, who was in the Irish Guards and 20 years older. He too served in the SOE and won the DSO, and post-war founded Meribel, one of the most popular resorts of the French Alps.

Husband number two was another war hero, and a household name - the flying ace Sir Max Aitken, DSO, DFC, the son of Lord Beaverbrook. They married in 1946, had two daughters, and divorced in 1950.

Lastly, Robin Compton, whom she wed in 1951. He became European chairman of Time Life International. They were to take over his father's house, Newby Hall, near Ripon, Yorkshire, and Janey used her talents to transform the interiors. Third time lucky as she found lasting happiness and was one of few people to celebrate a golden anniversary of a third marriage.

Hers is a life story which would be worth a book. And the fact that she never wrote one has left Simon Kenyon-Slaney, of Much Wenlock, without all that much information about her fascinating life.

"She was my half sister, quite a lot older than me. I was a small boy still at school when all these interesting things were happening," he said.

"I did ask her to write her memoirs on more than one occasion, and my brother tried the same. She would not. Partly it was a sense of obligation, not to divulge things she might have been involved in. All our family are devoid of lots of interesting things we might have known.

"There are one or two aspects she did unbutton a bit. Her social life just before the beginning of the war was pretty bright. She made a bosom pal of Kathleen Kennedy, Joe Kennedy's eldest daughter, whose nickname was Kick. Kick Kennedy came over to England with her father, the American ambassador in London, before the war. They went to lots of house parties and things in each other's company.

"Janey was staying with the Kennedys in the south of France when war broke out in 1939. There was a big shmozzle about getting back. She and Kick Kennedy came back to England in bathing suits - they were on the beach and whisked back to England."

Janey's engagement to David Niven was reported around the world in early 1940.The famous actor had returned to Britain to fight for his country, and quickly fell into the social scene. The engagement reports were denied, although according to one newspaper "it is well known among friends that they have been seeing much of each other for some time."

Her SOE personnel file at the National Archives was only taken off the secret list just over a year ago. It shows that she was a secretary at the headquarters of "Force 136" - the cover name for the SOE - in Kandy in what was then called Ceylon.

"She was on the staff of Lord Mountbatten, supreme allied commander in South East Asia in the later stages of the war," said Simon.

"She established a very close link with Mountbatten. I think she saw a lot of him within his command. Mountbatten was not only her boss in the war but continued as a friend of hers and came up to open the miniature railway they put in their garden at Newby."

Could there have been more than friendship?

"I'm going to steer clear of that topic. I don't know."

Janey was born Ursula Jane Kenyon-Slaney on January 15, 1920, and was the second of three children, her sister Vivien being born in 1918, and brother Robin in 1926.

"Ursula was quite a fashionable name in those days. She hated being called Ursula and was determined at the earliest possible point to renounce it," said Simon.

Instead she used her second name, being known as Janey or Jane.

Simon, who is a former Shropshire Deputy Lieutenant and High Sheriff, said: "I was born in January 1932. I was 12 years younger than her which is why I'm so ignorant about her. She spent a lot of her time with her mother Mary who lived in Scotland.

"She went to school at Ryton, near Beckbury. There was a girls school in the vicarage run by a redoubtable lady called Miss Stirling - I think her first name was May.

"My mother Nesta found herself lumbered with three children at a difficult age. Janey was kicked out of the school by Miss Stirling for some silly child misdemeanour. I think she was rather a headstrong girl."

Janey then went to St James' near Malvern.

"She was growing up before the Second World War. I think she did all the 'coming out' procedure in those days in the last hurrah before the war. 1938 was the last big bang when all the great parties were given in London. Because her mother was in high society circles, the daughter of a duke and so on, she had all the best of the parties and went to all the grand things.

"She was beautiful, very attractive, as was her elder sister Vivien. They were a very attractive pair on the London scene. They would have had the attention of many young men."

Simon can shed no light on her alleged engagement to David Niven, at which time she was a nurse with the Auxiliary Nursing Service.

Vivien's wedding in July 1939 was at Westminster Abbey, and was covered by the cameras of both British Pathe and Movietone. In contrast Janey's wartime wedding to Peter Lindsay, on October 12, 1940, at Spelsbury, Oxfordshire, was understandably much more low profile.

As for her war service, Simon says: "She had a mixed bag of activities. I think originally she trained as a nurse. She became a dispatch rider briefly on a motorbike and fell off. I think she damaged an arm quite badly and couldn't do much motorbiking after that. Who she was a dispatch rider for, I can't tell you.

"She was subsequently with the SOE."

Of Janey's second husband, Sir Max Aitken, Simon said: "Almost the only time I met him was at school. He came to give a lecture at Eton, where I was still a pupil. I can't remember what his topic was. Because of me technically being his brother-in-law I remember being invited to dinner by the headmaster to meet him there. He had become an MP in the 1945 election."

Janey married Robin Compton in 1951, and they had two sons.

Robin took over Newby Hall from his father in 1960 and while he concentrated on developing the 25 acres of gardens, she set about restoring and redecorating all the public rooms, meticulously researching all Robert Adam's original interiors.

Simon says of her: "I got on with her very well. She was quite a dominant person. A lot of people found her far from easy to get on with. She had a very firm view about everything and did not take prisoners lightly, whether it was people she employed or people she had to do business with.

"She was a very gifted interior decorator and having married Robin and later moving into this great house hugely in need of restoration, that became her life's work, restoring this wonderful house, which she did magnificently.

"She actually disliked Yorkshire intensely. She was much more a sophisticated woman who liked London and the arts scene. She would have really liked to live in Bath, she told me."