'We are not going to let them win': Traders vow to keep fighting after yet more Telford break-ins

"We are going to keep fighting, we are not going to let them win." – That is the message from Oakengates traders to the cavalier thieves who have once again raided a charity shop in the town.

At least two shops in Limes Walk were hit by thieves over the weekend, including the Red Cross charity shop for the fourth time since April.

It's the latest in a long line of thefts that have been carried out in Oakengates over the last two months.

Charles Cartwright, of the Red Cross charity shop, said: "It is disgusting. The work we all do to get the shop nice for the customers, and then at the end of the day we get broken into and we have to tidy up upstairs before we do anything.

"It has cost hundreds of pounds now, and then you've got to think about the cost of putting new glass in the window.

"I want to keep fighting back. If you were to say that's enough, they have won. We don't believe in that. We want to keep going and say to the people breaking in 'you're not going to win in the end'. Whatever you try and do to us, we're going to keep trading."

"We need police, especially at night time," he said. "We could do with a patrol between when the pubs and takeaways close and 6am or 7am."

Garth Cole-Jones, who runs Some'ink Different, said: "I thought it was a bit odd when I turned up. I walked to the door and saw the blue money tin and paper work, I turned around and everything was trashed.

"They had taken my most expensive machine. They took other machines. They had even taken foreign currency off the walls that people had brought in – they were worth pennies."

Thieves had also taken electronics, cash and bank cards. They had also thrown things on the ground and left graffiti on the wall.

"They just ransacked the place," Mr Cole-Jones said. "I was shaken when I first saw it, because you don't expect it. But It's possessions, we've got insurance. It's one of those things.

"There needs to be security. We pay our rent, we're always on time. There has to be some deterrent installed. We're worried about them coming back. They know what we have here and they know we'll be replacing everything they took."

The business should stay in Oakengates, Mr Cole-Jones said. But if thefts continue, he will consider moving it.

Police said they believe they know who is carrying out the crimes, but that they are building enough evidence to make arrests.

Oakengates safer neighbourhood Inspector Gary Wade said: “We know there have been a spate of burglaries in Oakengates and recognise that retailers in the town should not have to put up with this. Not only is it frustrating but it is impacting on their livelihood.

"We are carrying out enquiries into the burglaries and believe we know who is responsible however what is important is that we have enough evidence to be able to make arrests and I would urge anyone who does have any information that can help with our enquiries, in particular CCTV, comes forward and passes this on to us, or if they prefer the information can be passed to Crimetoppers anonymously.

“Looking at longer term solutions and putting measures in place to prevent these burglaries from happening in the first place is absolutely crucial and we are working closely with both retailers and the town council to see what more can be done to protect people from burglary.”

As well as the Red Cross shop, a number of other charity shops were targeted over the last few months.

Among those hit by thieves include the Hillbrae Rescue Kennel Charity Shop, Community Helpp and ExtraCare. Some have fallen victim to the raids more than once.

Anybody with information can call police on 101. Alternatively, contact Crimestoppers anonymously on 0800 555 111 or at crimestoppers-uk.org 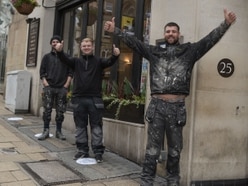 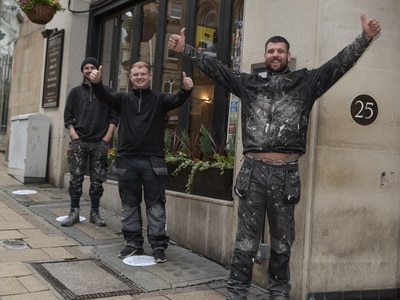