He is getting daily massages and sleeps on a heated pad but Bear the hedgehog is not living the life of luxury - it is all treatment he needs after a mite infestation caused his spines to fall out. 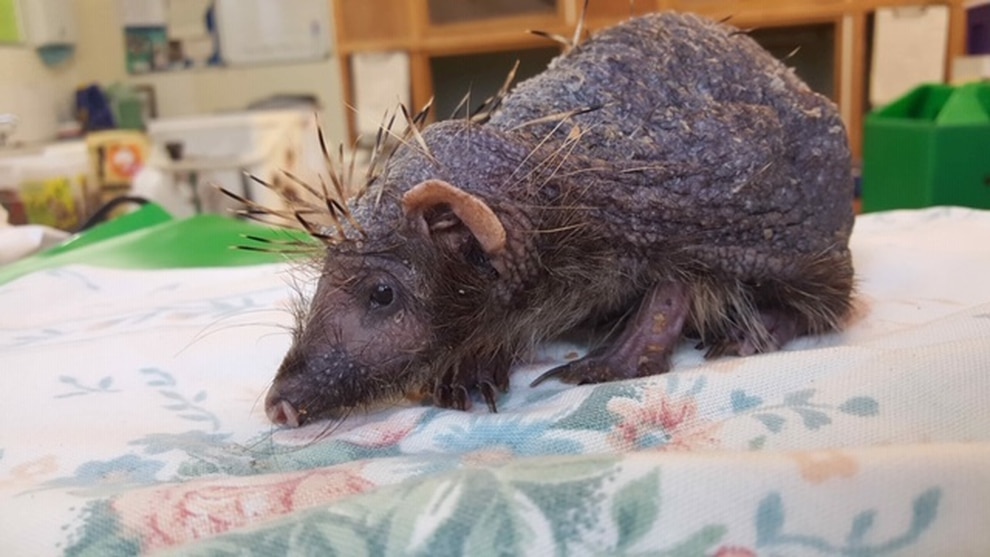 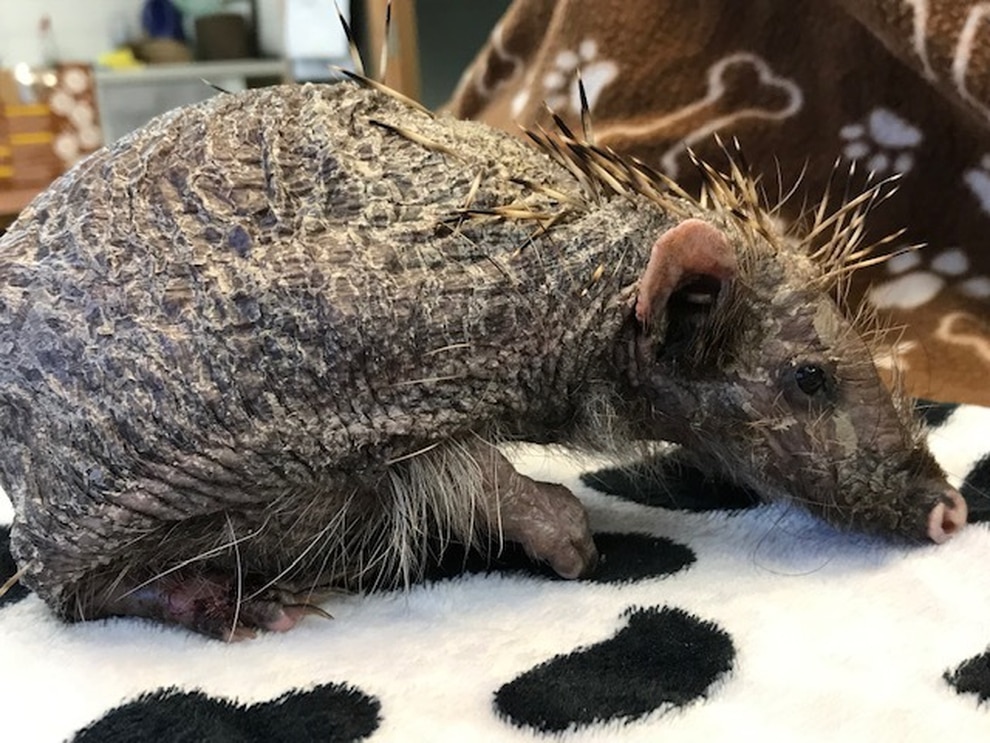 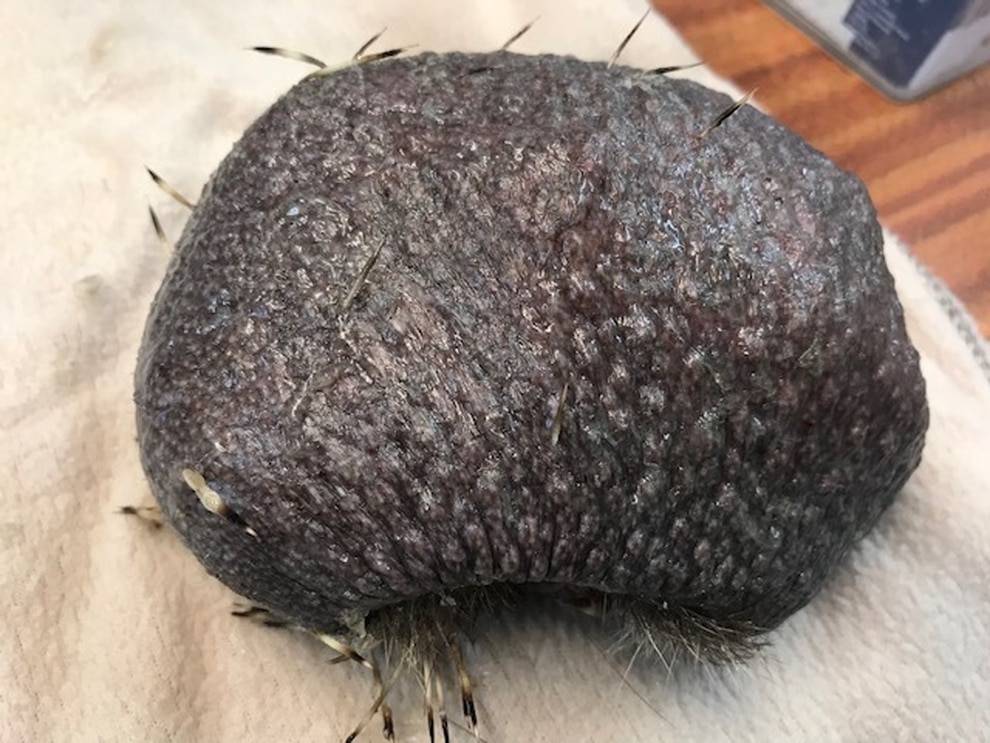 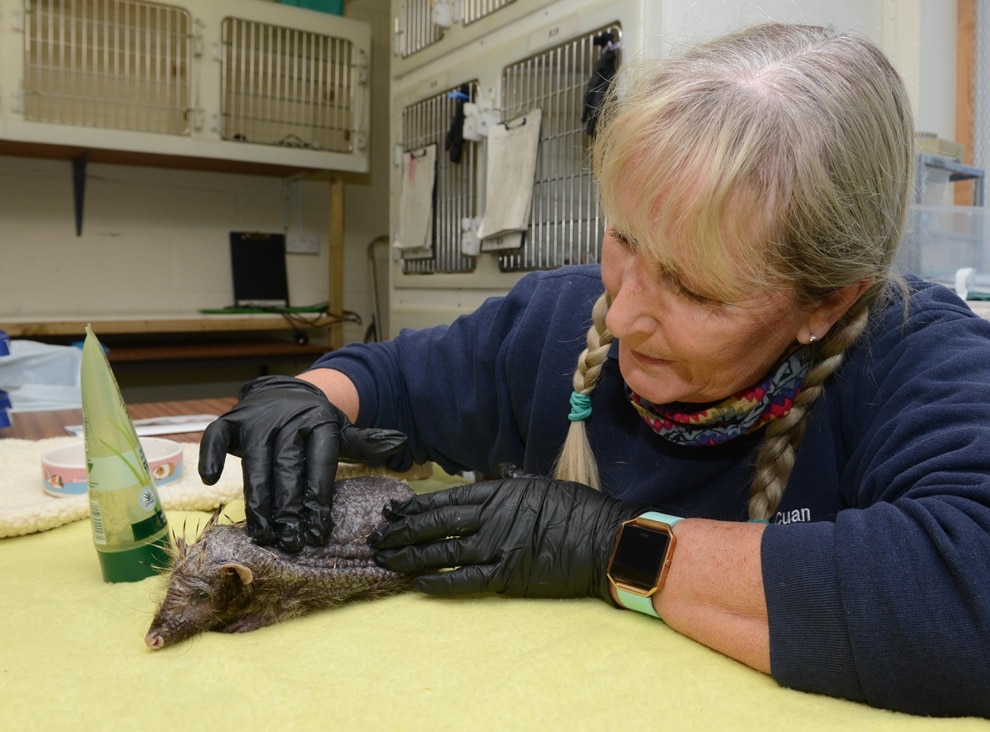 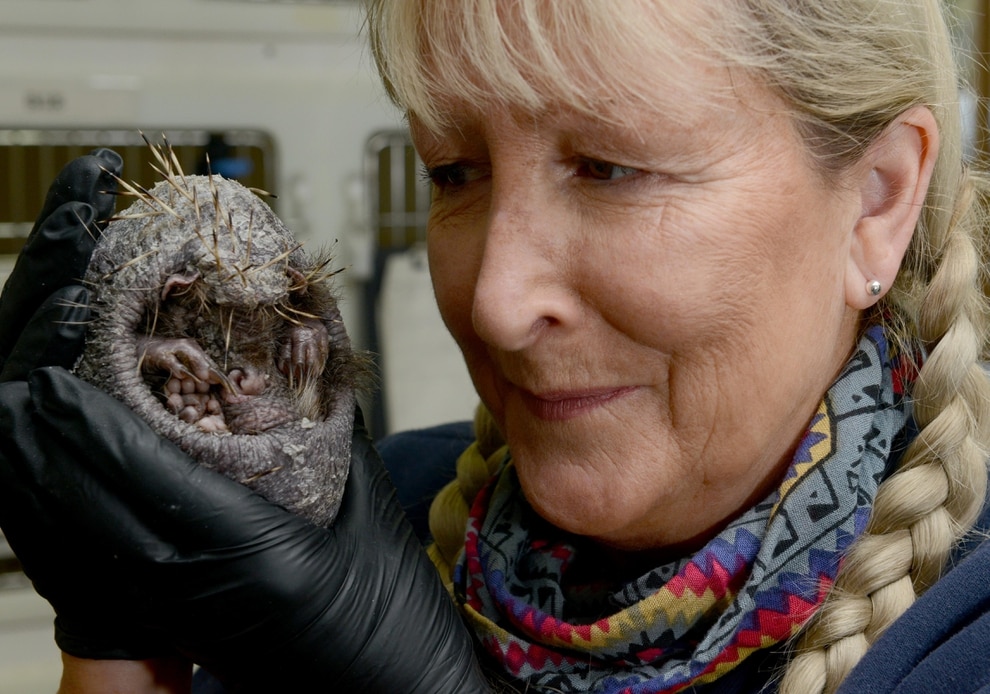 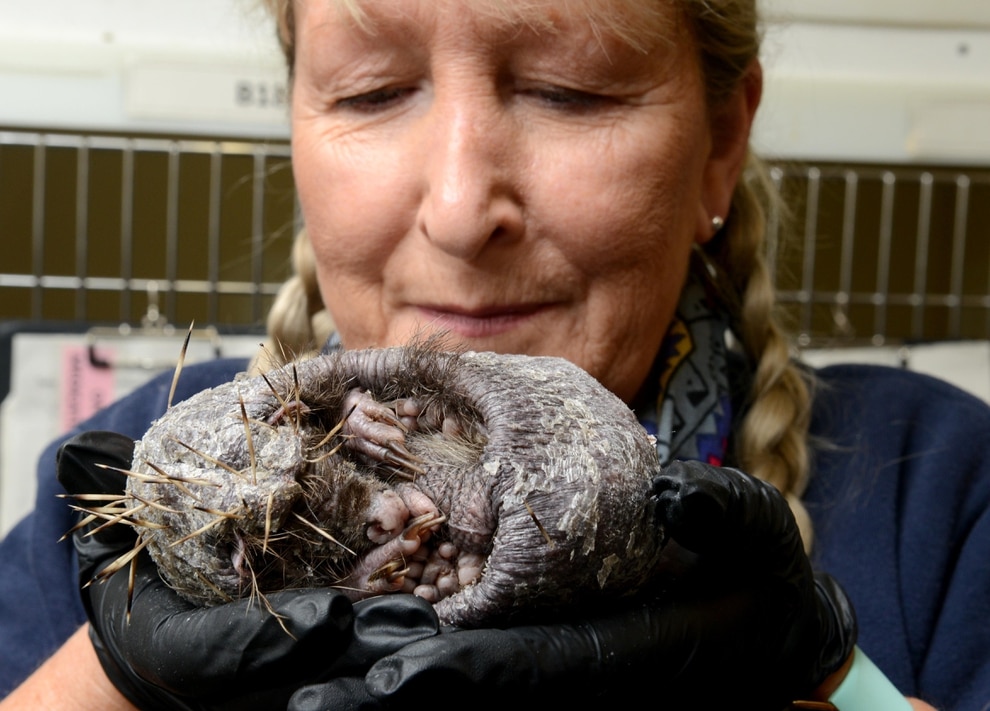 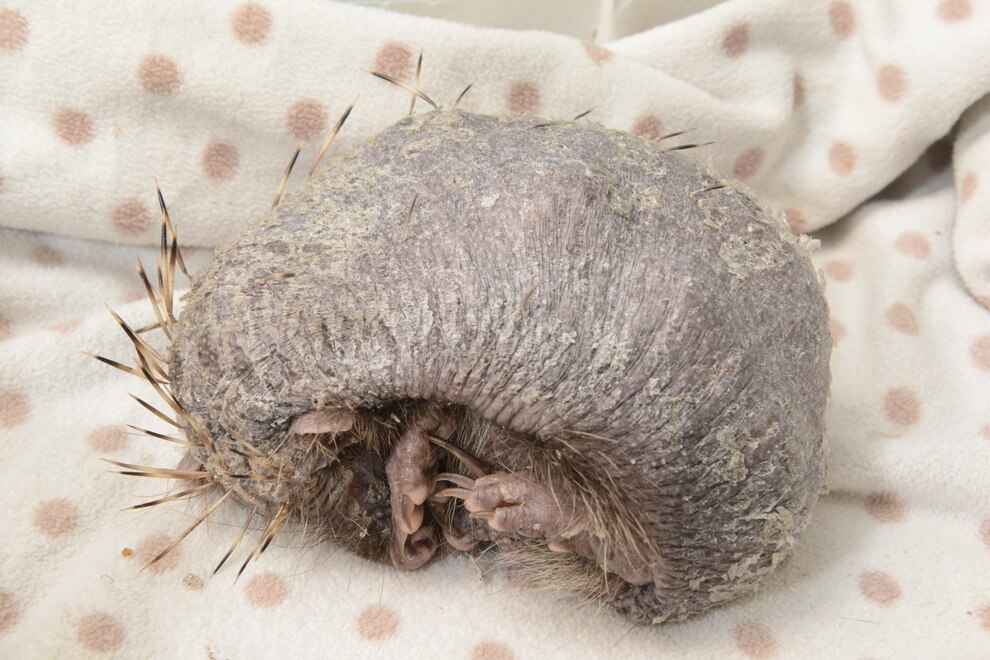 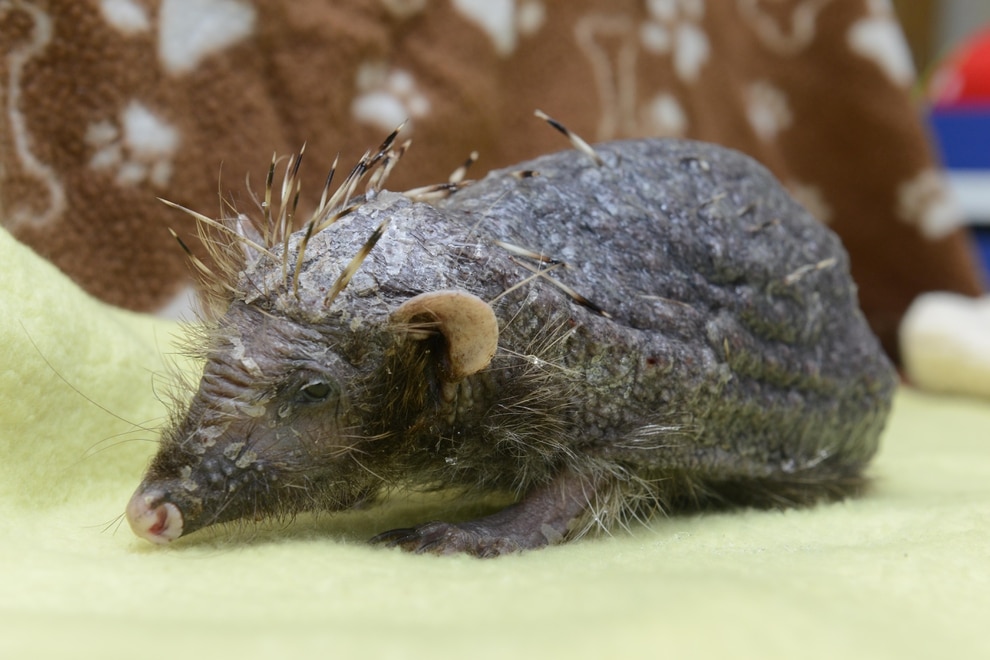 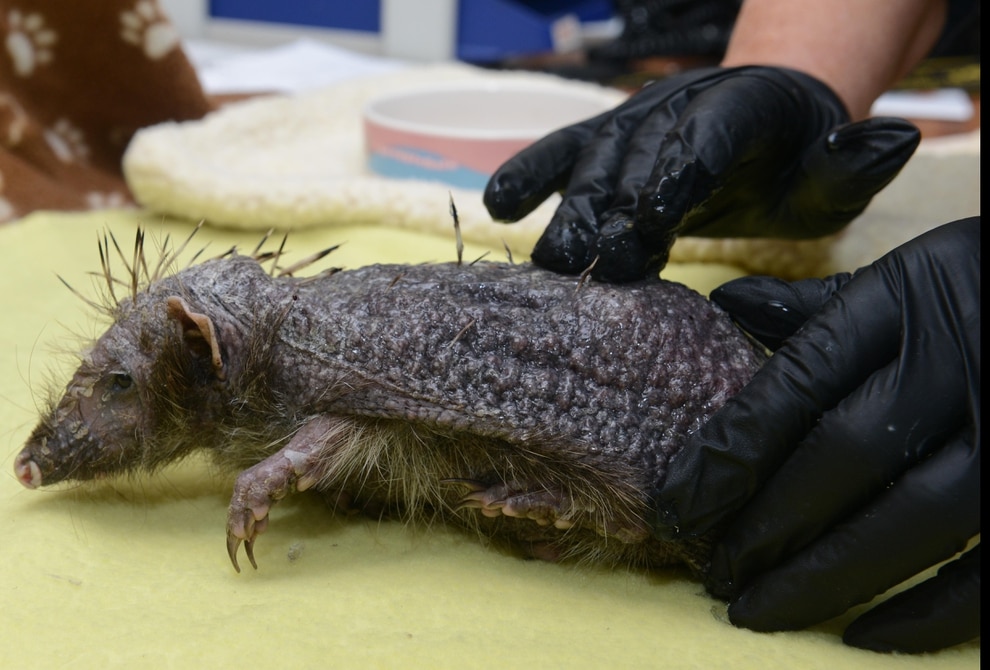 Bear the hedgehog getting his massage treatment The young hedgehog was brought into Much Wenlock's Cuan Wildlife Rescue Centre by a worried woman who had found him in her garden in Madeley, Telford.

On her first sighting she had mistaken Bear for a rat because of his lack of spines.

Fortunately she took him into the centre, because without treatment, he would likely have died, according to the centre's manager, Fran Hill.

WATCH: Bear the hedgehog massaged back to health

She said Bear had suffered from an infestation of mites while he was hibernating, with the irritation, infection, and stress likely to have caused his spines and hair to fall out.

She said: "A lady saw him in a garden in Madeley. She would be forgiven for thinking he was a rat at a distance because he is not recognisable as a hedgehog at all.

"She picked him up and thank goodness she did because he would not have survived this snow.

"Clare gave him his first examination when he arrived and she told me that you could literally see these mites running all over his body – he was covered.

"They are horrible little critters, some people mistake them for fleas but they are not, they are mites and they live on their host.

"During hibernation he had become infested with mites which had bitten him and fed on him while he was sleeping causing a reaction with his skin and that probably brought him out of hibernation early.

"He had lost so much weight trying to keep warm and he was in such a sorry state poor love. It is really very sad."

Fran said she hopes Bear's spines will grow back and she is hopeful he will make a full recovery, thanks to daily massages and gel treatments.

She said: "They will grow back but it will take time.

"He had to have a special bath to help relieve his skin but also to get rid of the mites themselves.

"They were washed away and got rid of but his skin is still very dry so he is having massages every day with aloe gel.

"I think he is learning to enjoy it because it is relieving some of the itchiness!

"He is constantly on a heat pad to keep him warm. He does not like being under the blankets too much, he's not used to that!"

Fran said the aim, as with all the centre's animals, is to release Bear back into the wild.

She said: "100 per cent we want to get him back out there. If we are lucky enough to get him to that stage then he deserves all the freedom we can give him and that is the best gift we can give any of the animals here, and that's the ultimate aim for all of them."

Shropshire mother's shock as quads found to be identi-kids

Paul Gascoigne credits anti-alcohol pellets with turning his life around