'Save our nursery': Preschool near Telford threatened with permanent closure by pandemic

A beloved preschool nursery threatened by closure because of the coronavirus crisis is appealing for charitable donations online. 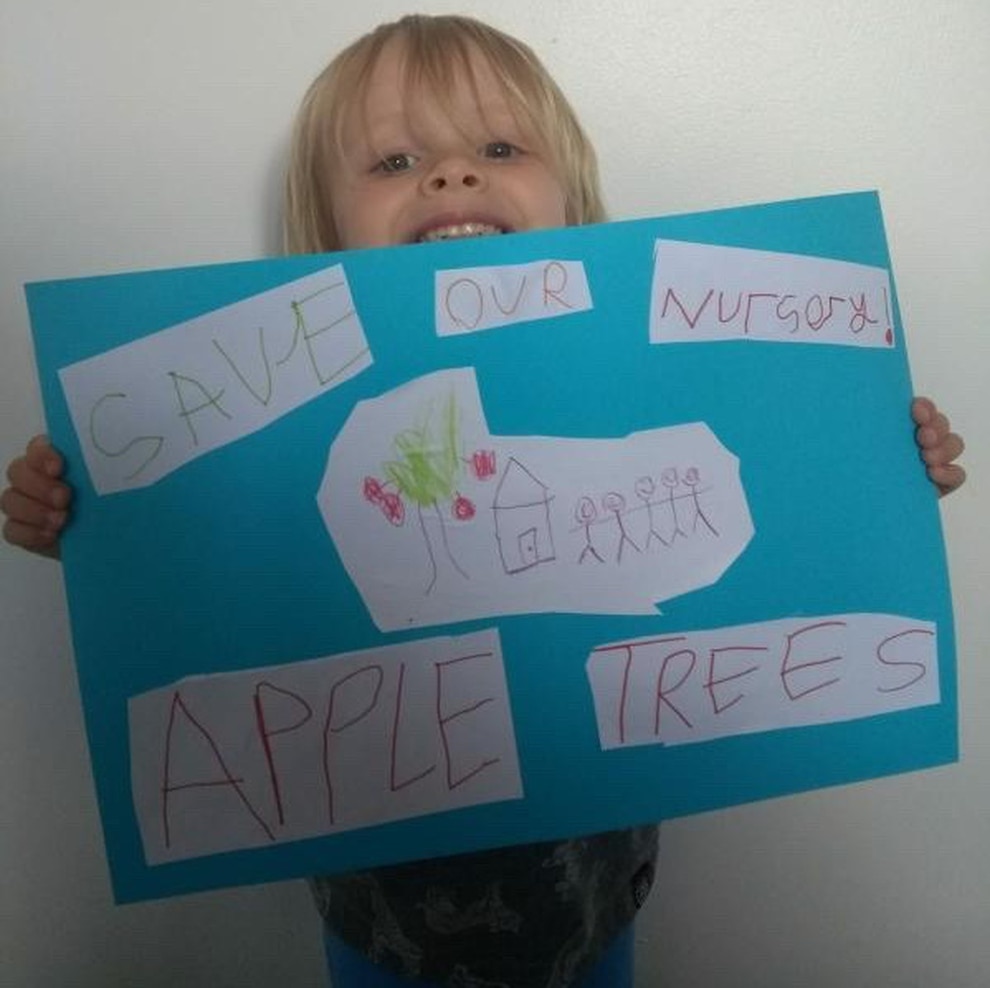 Zach Beed, three, with his message of support for the nursery Olivia Cash, four, made a poster in support of Apple Trees

Apple Trees Nursery has been caring for preschool children in Shropshire since 2004, and has been based in Waters Upton near Telford since 2009.

Owner Judi Bishop said: "Usually we would have had a fair or car boot sale or cake sale to boost the funds at this time of year.

"With the pandemic, we haven't been able to do any of those things.

"A lot of our parents were shielding and they felt that they would prefer to keep their children at home until September.

"I can't charge them for sessions that aren't taking place."

She said that with gatherings banned and the nursery itself empty until September, there was a serious risk she and her deputy Karen Watson would have to close down.

Judi started an online appeal with a target of £2,500, which led to a number of supporters pitching in themselves while some children made posters to support the effort.

Tracey Pedley wrote: "I am so sad to hear that Apple Trees Nursery is under threat of closure. It is a truly wonderful setting for these children where they are nurtured and cared for to the highest standards.

"Judi and Karen always go the extra mile and my granddaughter has thrived there."

Briony Beed said: "Apple Trees is such an amazing little nursery. Judi and Karen care about the children as if they were their own. Our family would be heartbroken if it had to close."

The nursery looks after eight to 10 children at a time, with a maximum of 12. As well as the premises in Waters Upton, the nursery often takes trips to a nearby forest school.

Judi said she was grateful for the understanding of the parents and the generosity of those who have already donated more than £500.

"The parents have been really, really supportive," she said.

"We have been staying in touch with them on a weekly basis – we are hoping in the not-too-distant future to have a socially distant 'graduation ceremony for the children that are leaving and going on to school."

To learn more and to donate, gofundme.com/f/apple-trees-nursery.