Larping about: The life of Shropshire's real role-players

The world of online games allows people to inhabit whatever body they want to – whether it’s an elf, a monster, or a medieval warrior.

Virtual reality has made many people’s dreams come true, and they can wear the skin of mythical and supernatural beings from the comfort of their own bedroom.

But Jamie Blakeman wants to get even closer. He’s an enthusiastic Larper – or live action role-player. It is, he says, where gaming comes to life.

You could be an sword-wielding warrior, a member of the undead, an elf – pretty much anything you want. The only boundary is your imagination.

“We go beyond what computer games can do,” says Jamie, who runs Larp Inn, one of a handful of Larp shops in the UK from its base in Telford.

He has been writing his own Larp game for nearly 20 years. But it takes a lot of commitment to play the games that often last three or four days. 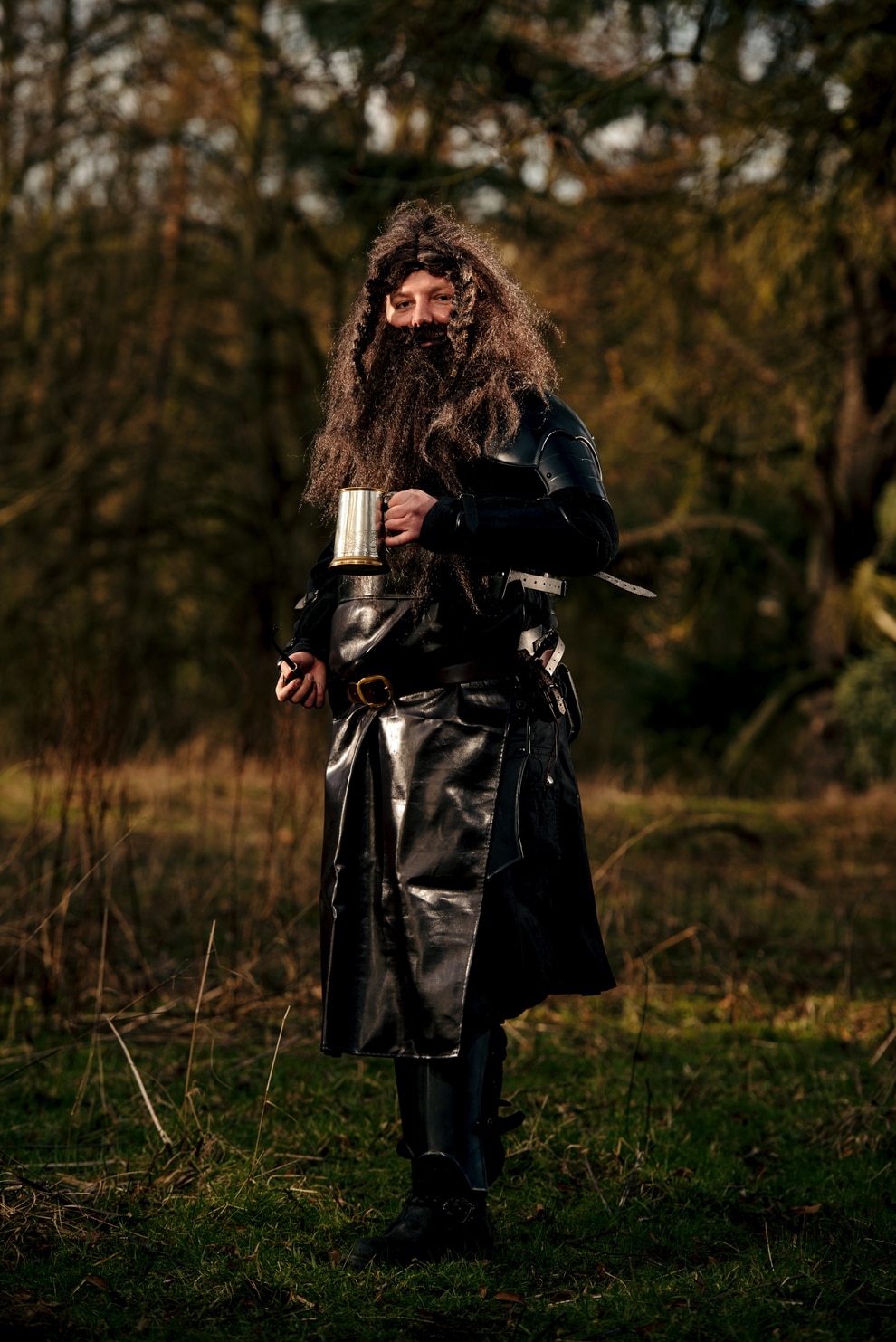 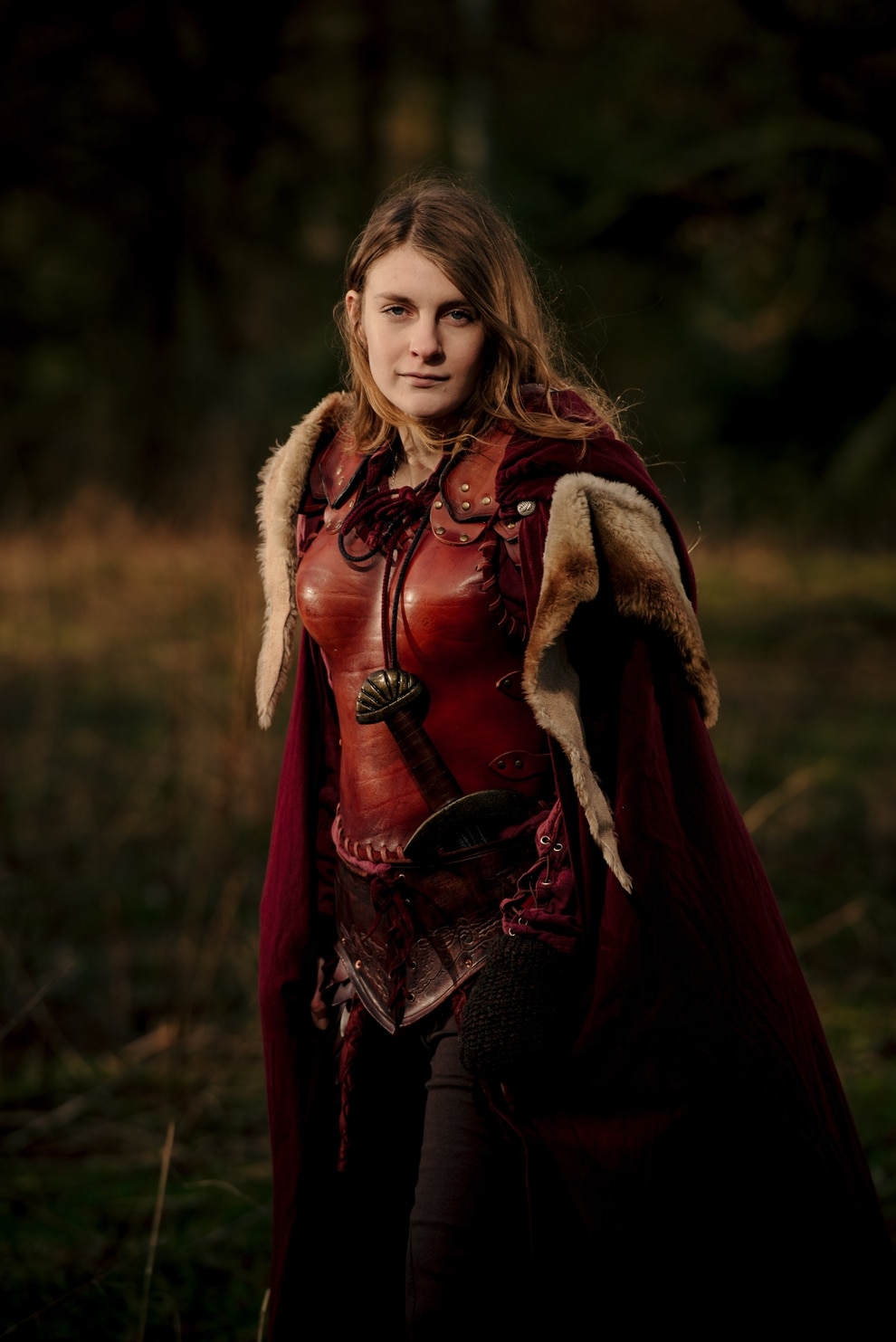 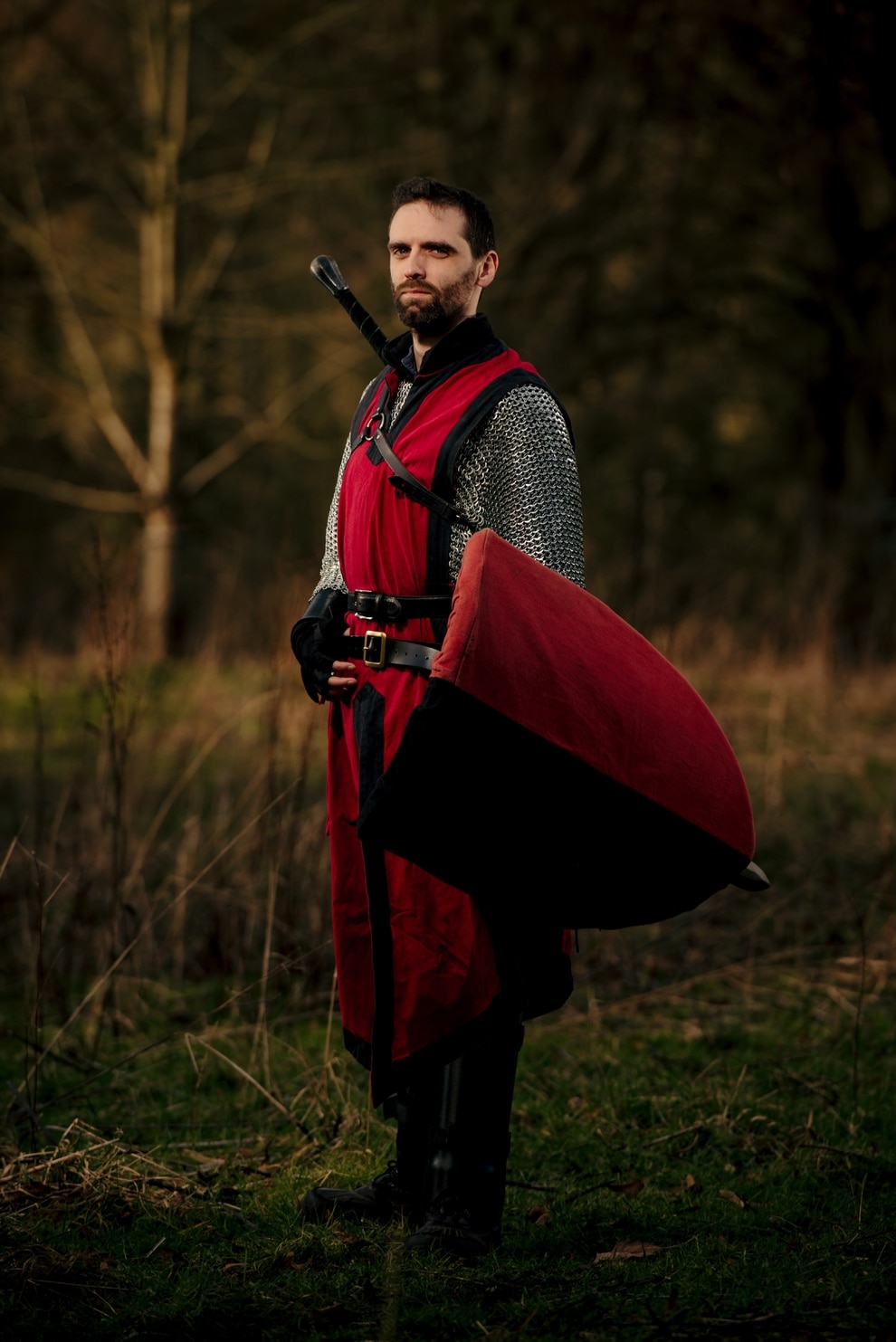 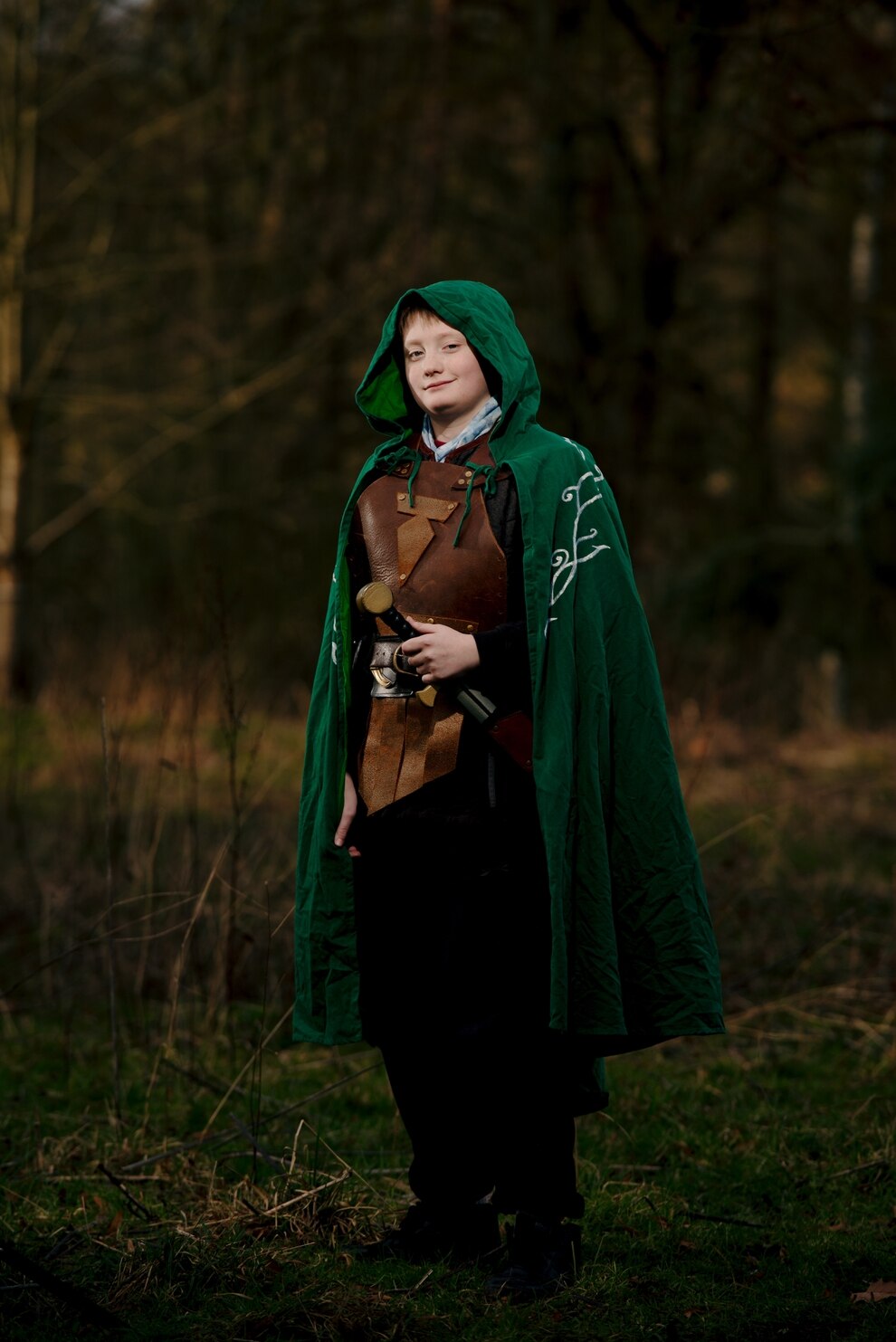 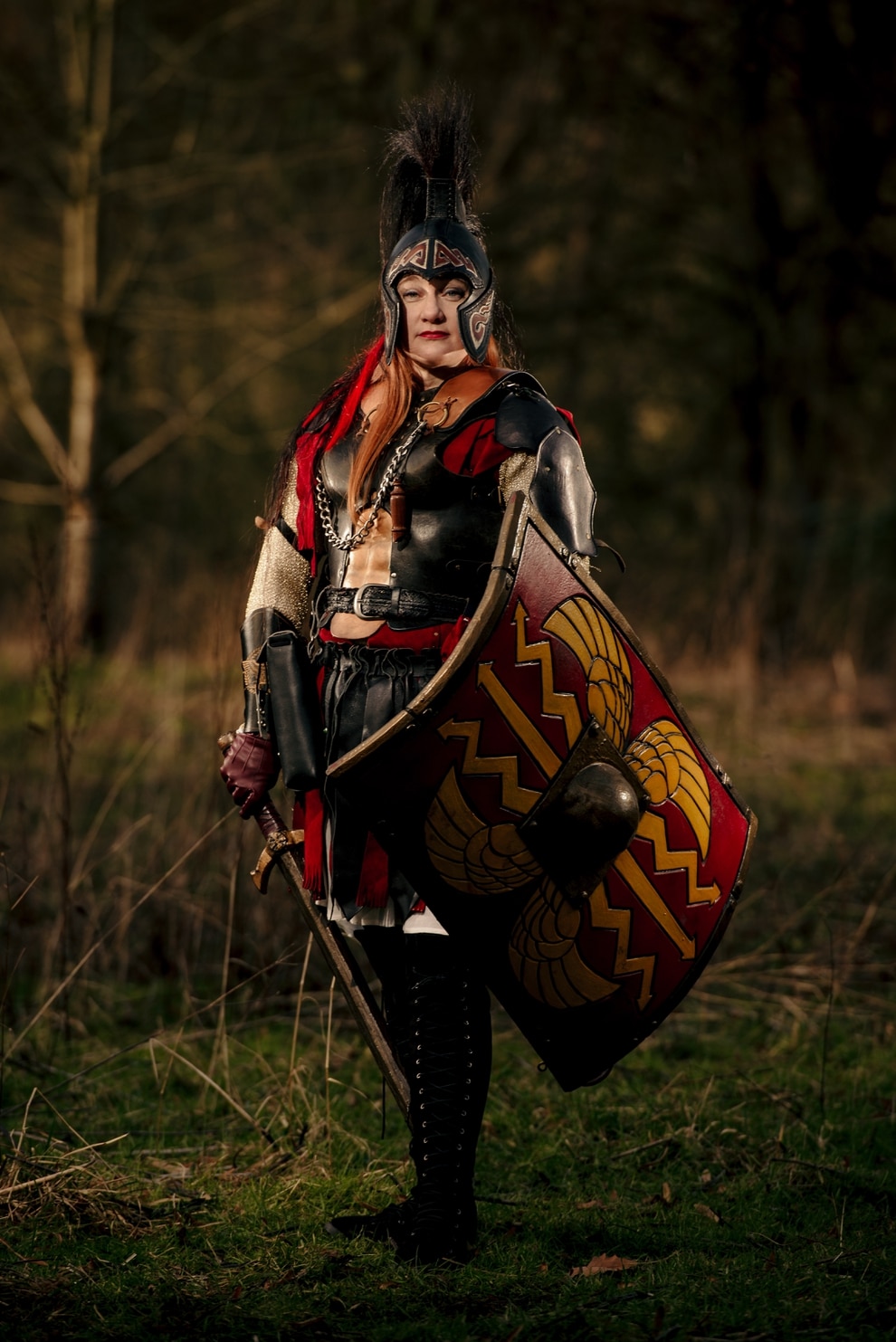 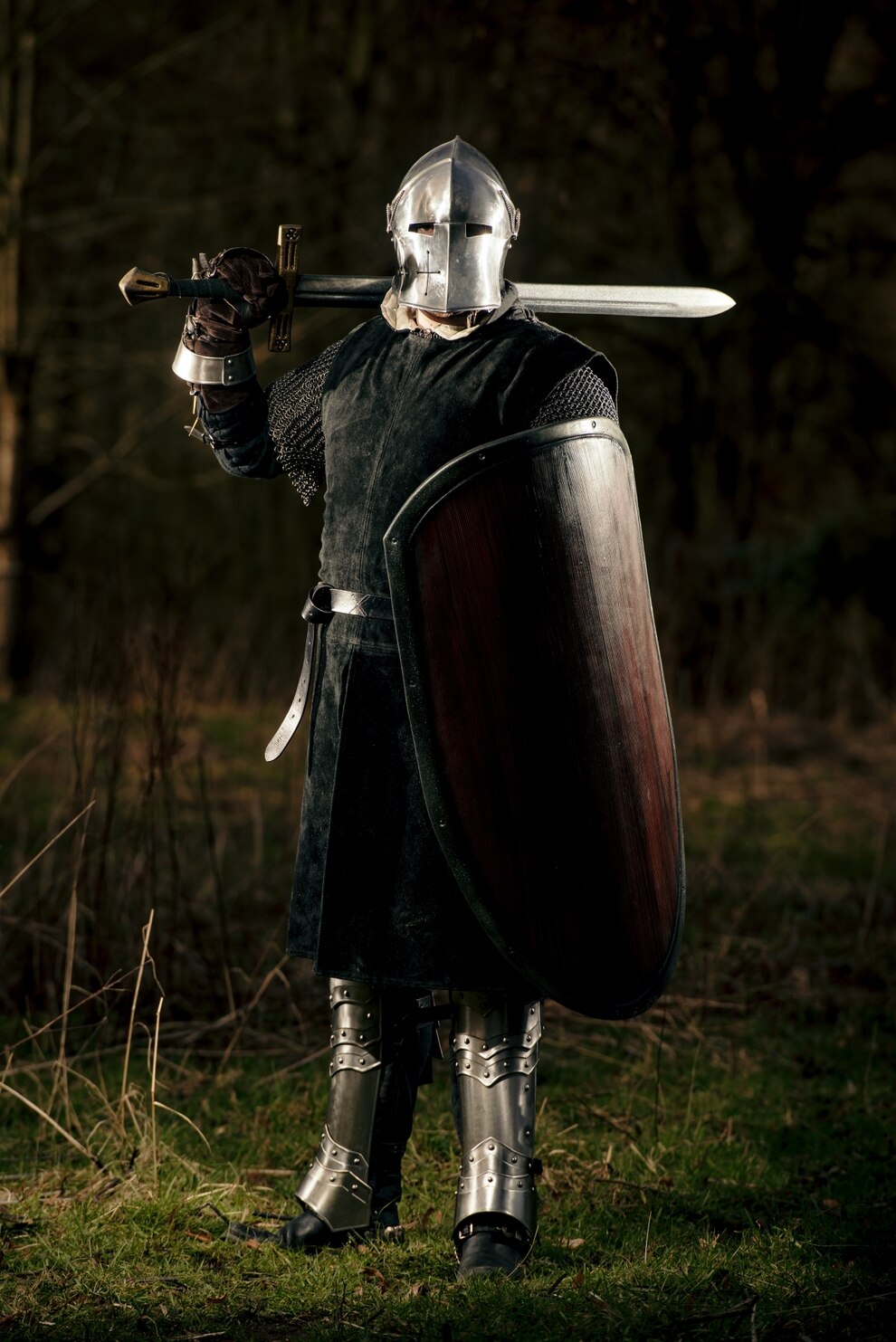 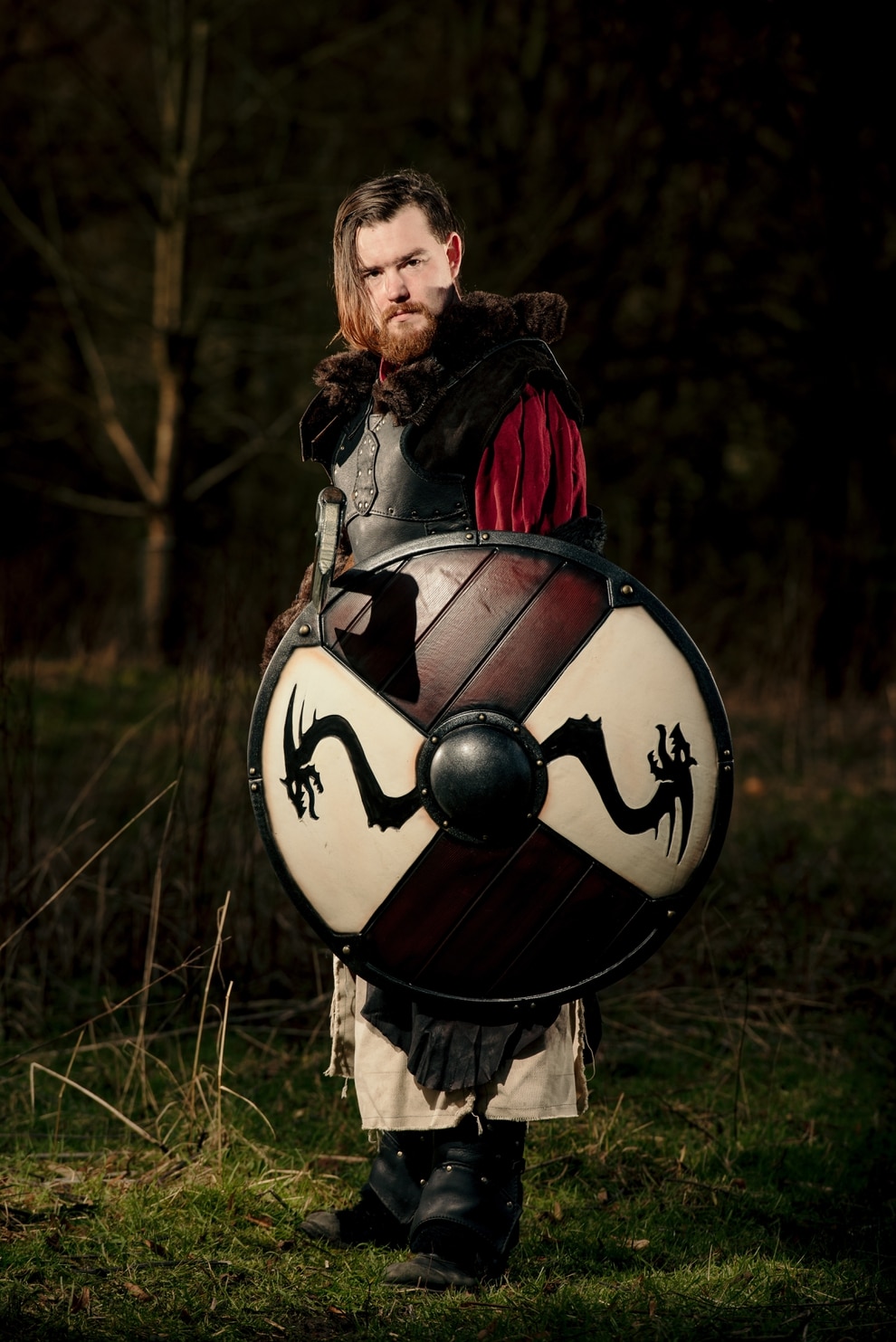 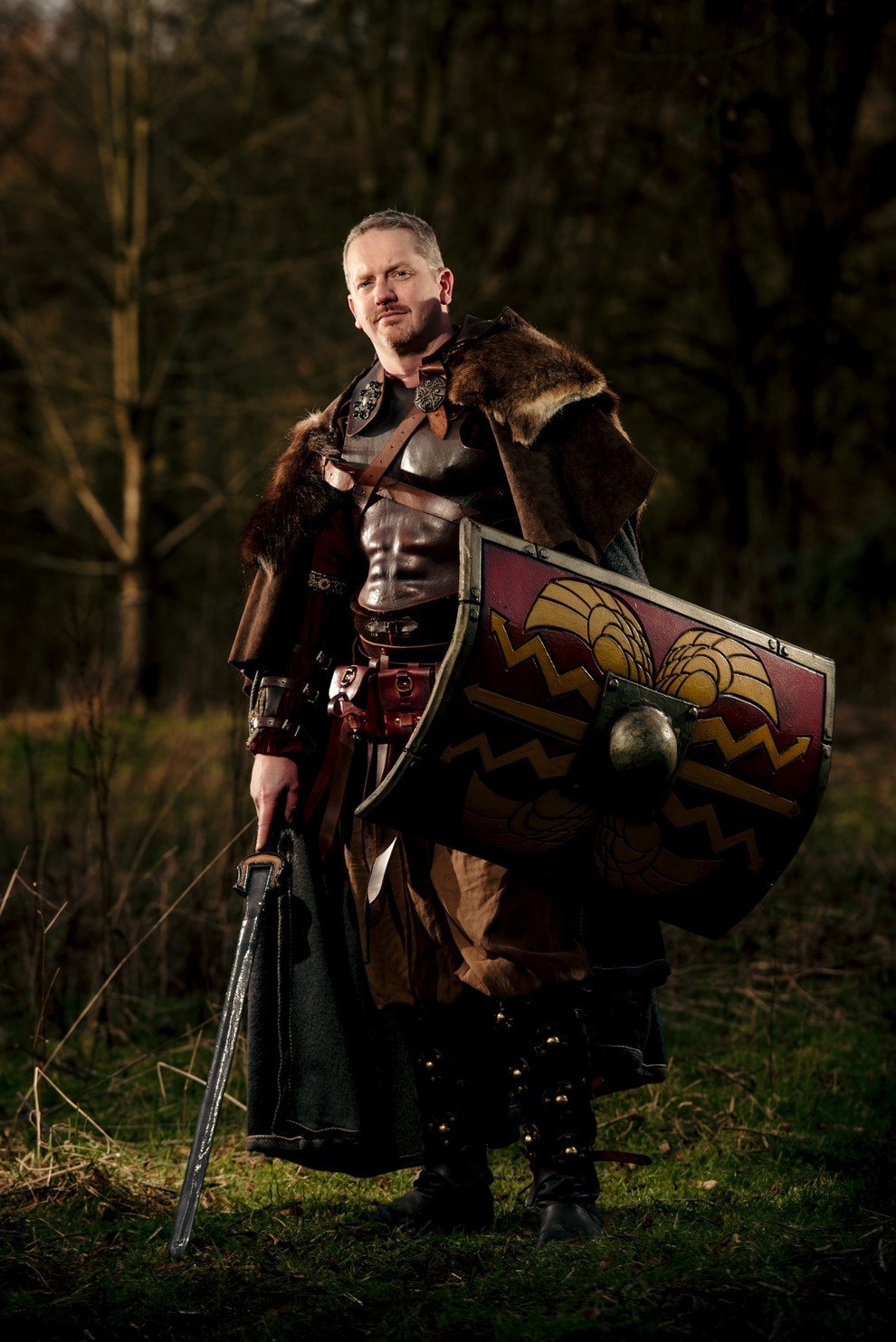 The lines of Larp Inn HQ on the Heath Hill Industrial Estate are lined with swords, armour, masks and shields – it’s a little like stepping into Narnia.

“When I was in high school I got a book from the library about Dungeons & Dragons and I started to play that game with a group and it was quite an engrossing thing,” he says.

“Through this I found out there were many other role playing games including Call of Cthulhu which is based on the writings of H. P. Lovecraft the 1920s American horror writer. You play as 1920s investigator and you would be trying to solve a crime and eventually it would lead to some horrific thing with zombies or something.

“Then through that I was introduced to someone who was going to do a live version of a horror game set in the modern day where I had to go to a house in the middle of the woods. I had a great time and went back two or three times a year to keep doing it.”

Jamie, 42, then started to branch into the more fantasy versions of the games, and it was at a large national event in Derby that he met his wife, Liz, 46.

“She’s heavily into it too and is actually second in command of a faction and leader of their armies – she’s a music teacher here,” he laughs.

After years of taking part in different games the couple decided they would start their own – Jamie himself taking on the character of the heroic warrior Avitus Gall-Thracius.

“Writing a game is infinitely more complicated than writing a book,” says Jamie. “You can decide what you think you want the story to be for a certain weekend and put all the pieces in place, but due to the nature of the game the players are allowed to do whatever they want. They may decide to do something off the plan and you have to think on your feet and change things.

“Investment in what is going on is everything. If people aren’t invested then they’ll just leave.

“The story doesn’t end at the end of a weekend though, it will finish on a cliffhanger and continue.

“We started ours in 2002 and its the same storyline that has been going since then.”

New players receive a list of skills and are allowed to build their characters in exchange for points. Characters can earn more points as the game goes on to improve other skills.

“It’s not a winning game, it’s a game where you play just to play the game,” Jamie adds. “Some people can get carried away or upset when they lose a character they have been playing for a long time, but everyone knows it’s a farcical experience where we are dressing up and acting like idiots playing cross country pantomime.”

Jamie runs the specialist shop with his two daughters Harriet, 24, and Charlotte 20, and involves his son Ethan, 11.

He had been working in website development and catalogue designer up until two years ago, but decided to dedicate his life to his hobby.

“Our primary thing is to accommodate people who are interested in doing fantasy LARP. We sell clothing that you will wear as a character for several days. Normally when you go to one of the events you will go to a place on a Thursday and be caped out there and stay in character for several days. You want stuff that keeps you warm and that will be protective. We do cloaks, tunics in cotton up to thick wool, as well as armour like breast plates.

“People have an idea of what they want to look like, so we try and get them all the bits they want.”

A basic kit including trousers, a shirt, a cloak and weapon will set you back about £150. All the weapons are made from foam, including the realistic-looking swords, axes and arrows.

“It’s just a game,” says Jamie. “The concept is that a person can only be hit so many times, so you don’t want to hit them as hard as you can. You want a weapon that you can score a point with. When they have no points people go down.

“Lots of people want to be fighters like Aragorn from Lord of the Rings or Conan. But others are happy to be support characters like healers and they are equipped with all things like bandages and potion bottles.

“There are also people who are fascinated with playing unusual characters, like orcs or elves. But there are Larps that do things like Fallout which is more apocalyptic, there are steampunk Larps or zombie Larps.”

Imagine walking across a field and seeing one of these epic battles in action. Larpers don’t do things by half and would be in full make-up and attire issuing a very real war cry.

“You do encounter the public occasionally,” Jamie chuckles. “There can be a fight involving zombies and a car comes along down a track.

“We shout ‘car’ and everyone stands aside and puts their weapons in the air, and the people inside do stare at us lunatics. 20 years ago it might have been more difficult to do this kind of thing, but things seem to be more accepting now. In the 80s and 90s you could only have certain haircuts or be ridiculed, but now you see anything when you go into any city or town.

“It’s a geeky hobby, I’ll admit that. I proudly wear my geek badge. But I make the argument that anyone who is heavily into football and knows exactly what the score was for a game 15 years ago is probably just as geeky. We pick this thing we are passionately about. Football’s not my thing, but it’s just somebody’s passion, and that’s great, but I don’t think it’s any different other than it’s more socially acceptable.”