Fifty firefighters crews were called to fight a large fire in the open at an area known as The Bog, near the Stiperstones. 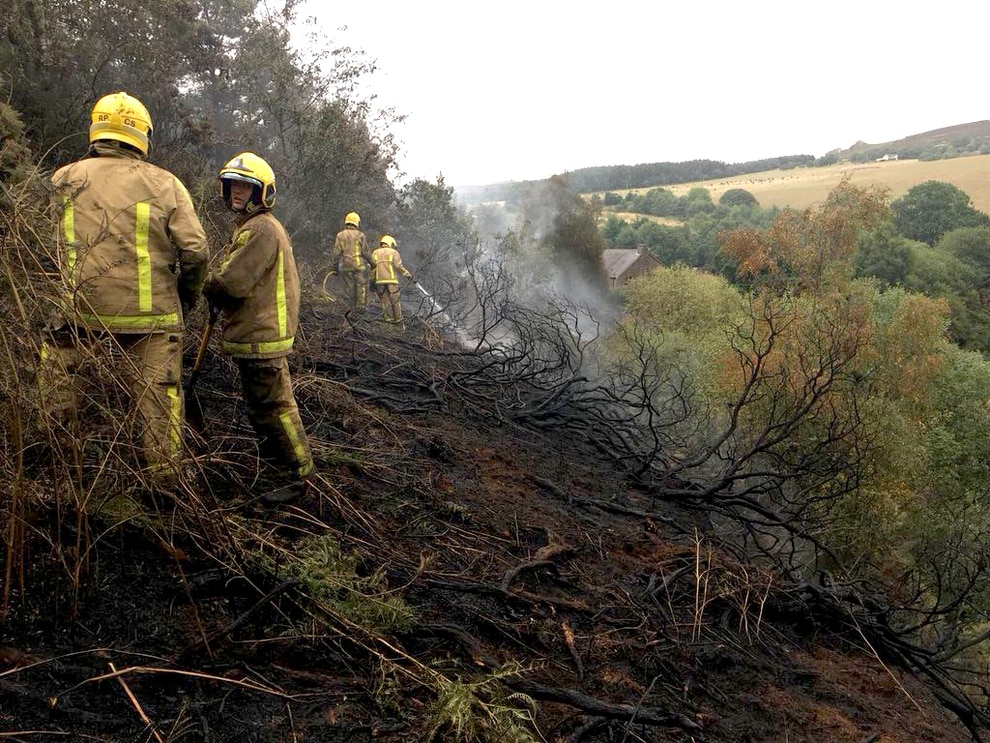 Firefighters at the scene, Photo: @SFRS_SBishop 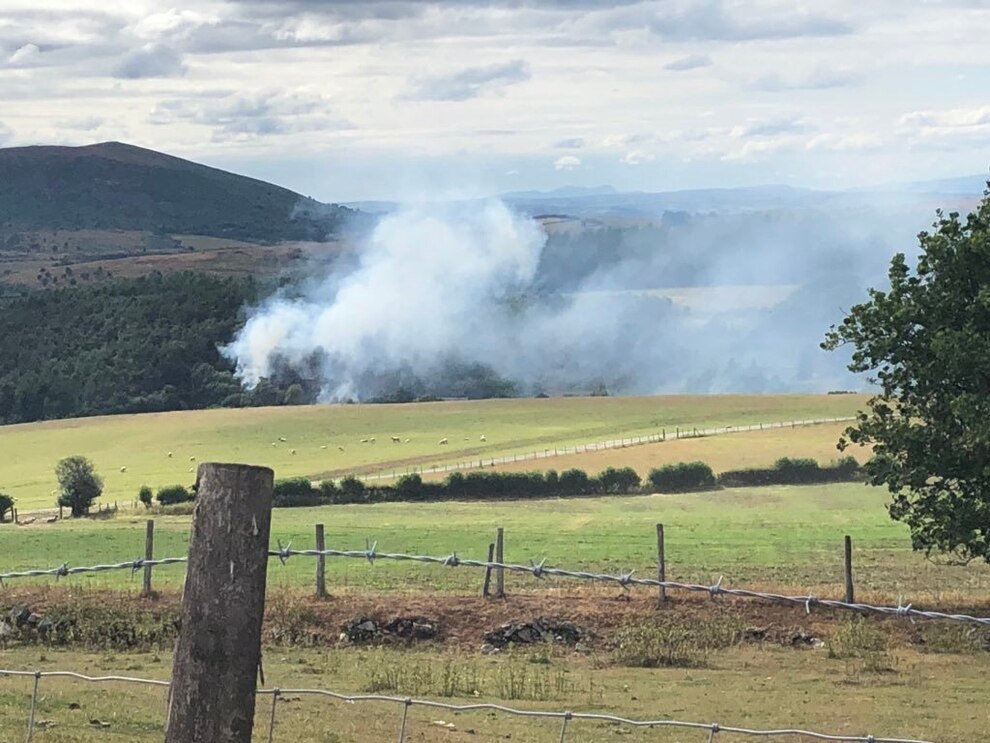 The fire was close to this house. Photo: @SFRS_cjackson 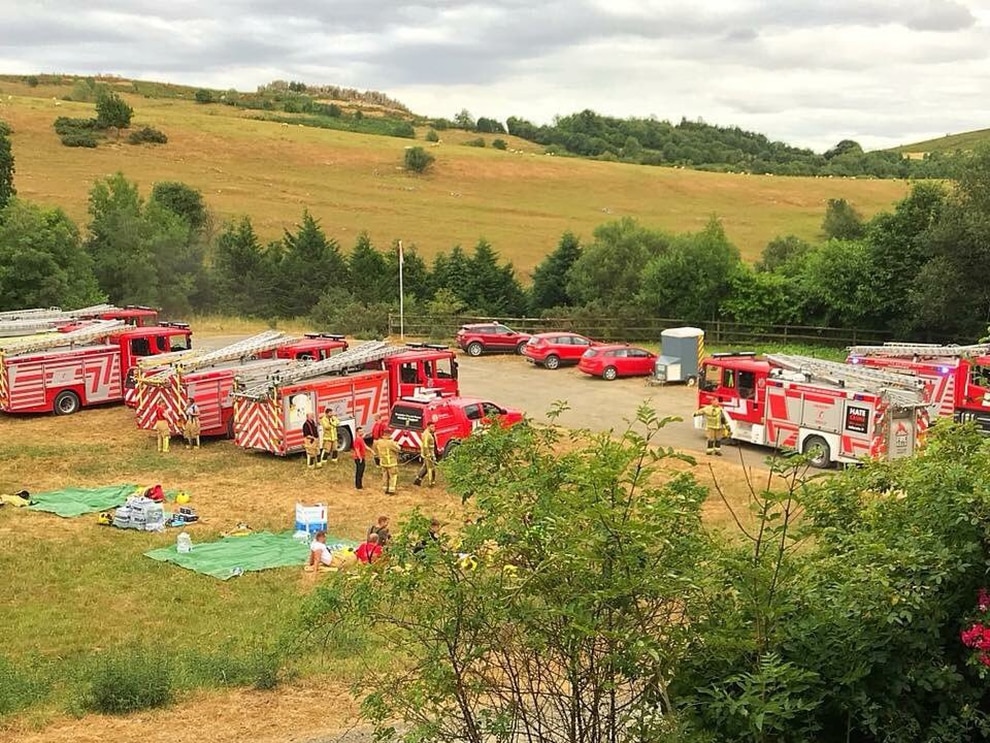 A huge presence at the fire. Photo: @SFRS_GST 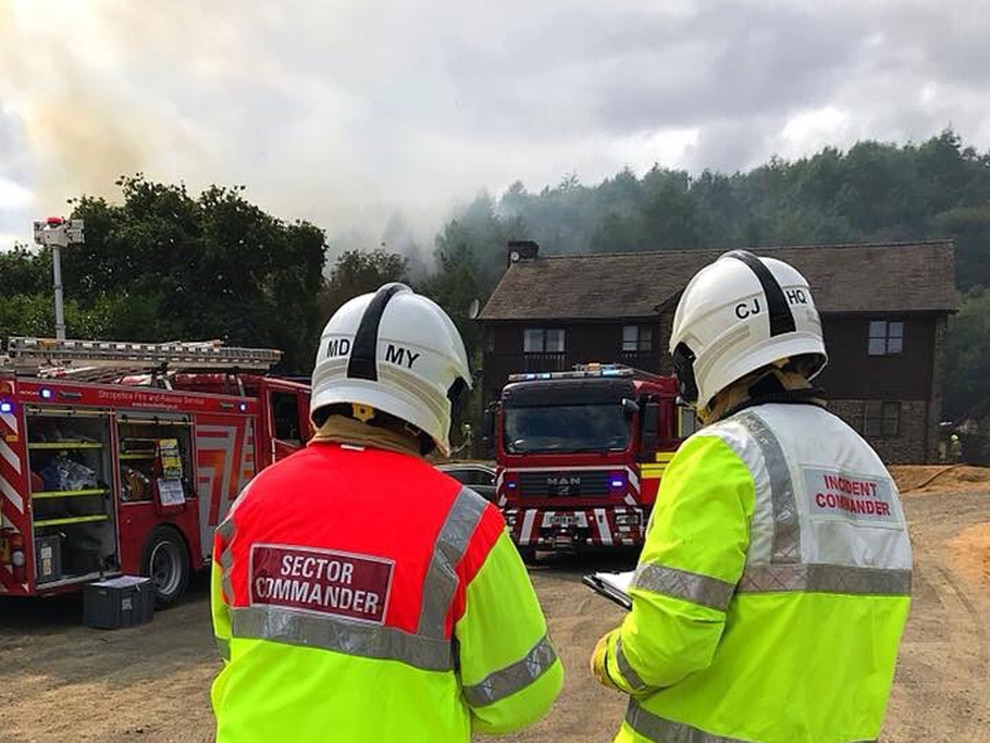 Firefighters at the scene, Photo: @SFRS_GST 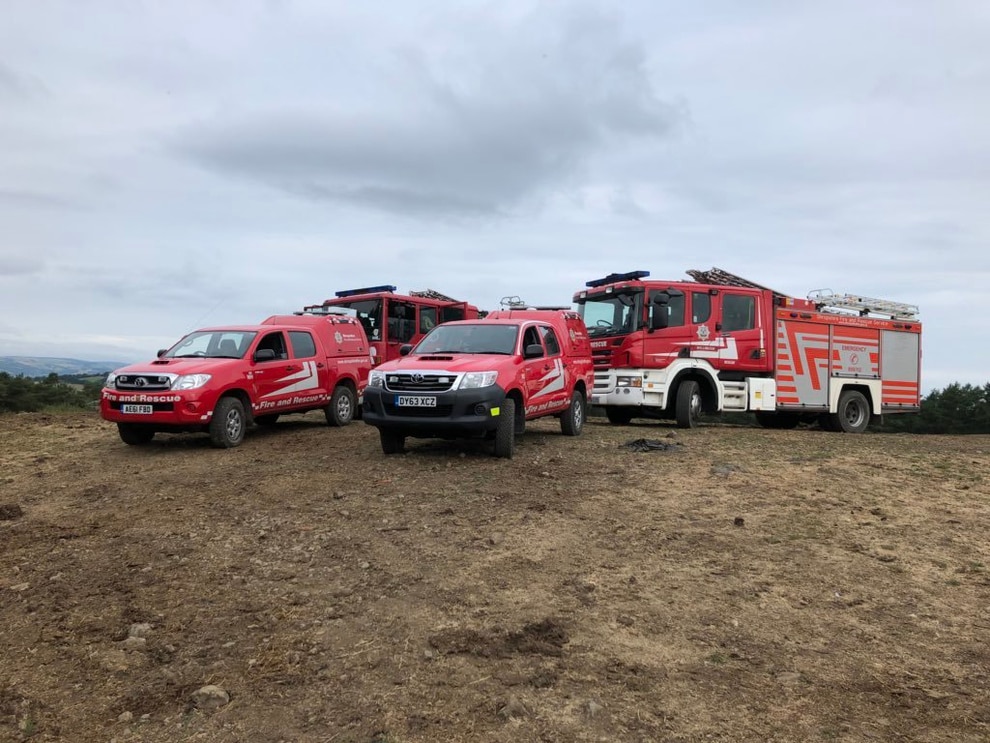 Firefighters said this morning that crews maintained a watching brief overnight and were today making the area safe in case of further fire.

Shropshire Fire and Rescue service said that the fire was still contained this morning with firefighters concentrating on making a safe access to the hill in case crews have to return.

Crews have also been filling a huge portable water containor with 8,000 litres of water to use if needed. There was expected to be a fire presence at The Bog for the rest of the day.

Firefighters from across the county were deployed overnight and a spokesman for the service said it was grateful to employees who allowed the retained firefighters to take time of work to deal with incidents.

"We try to ensure, through rotating crews, that we can get people here during the day who don't have to go to work."

"Shropshire has areas that are particularly vulnerable to fire like this, such as here and on the Wrekin. We are well versed in how to deal with them."

Market Drayton ISU in attendance at a large woodland fire at The Bog, Minsterley along with colleagues from @SFRSWellington @SFRS_TelfordCtl @SFRS_Whitchurch and @SFRS_Bridgnorth crews have maintained a watching brief overnight and are making the area safe in case of further fire pic.twitter.com/Iue9IZz16b

The fire spread over five hectares of woodland area and crews say they don't yet know the cause of the fire, which started close to Minsterley shooting range at about 2.45pm.

1/2
At 14:41 crews were mobilised to a fire in the open at The Bog, Minsterley
We were sent to tackle a fire in woodland affecting approximately 5hectares.
We joined other crews from across the Brigade, along with officers, the police, Shropshire council and utility companies. pic.twitter.com/nYvywK22lu

Great to be part of the team bringing this difficult incident under control.
Top effort from all involved!
👏🏼👏🏼👩🏼‍💻👨🏽‍💻👨🏼‍🚒👩🏼‍🚒
⛰🔥💦🚒🚒💨#alloneteam #todaywemadeadifference pic.twitter.com/E0ZldNuyJg

Malcolm Stevenson, of Shropshire Fire and Rescue, said yesterday: "There has been a substantial fire that is still ongoing.

"Thankfully the fire is in a sparsely populated area and our crews are working hard to get it under control to make sure it doesn't spread."