A key piece of Shrewsbury's medieval heritage – uncovered by chance during roadworks – is in danger of being lost forever, town centre residents fear. 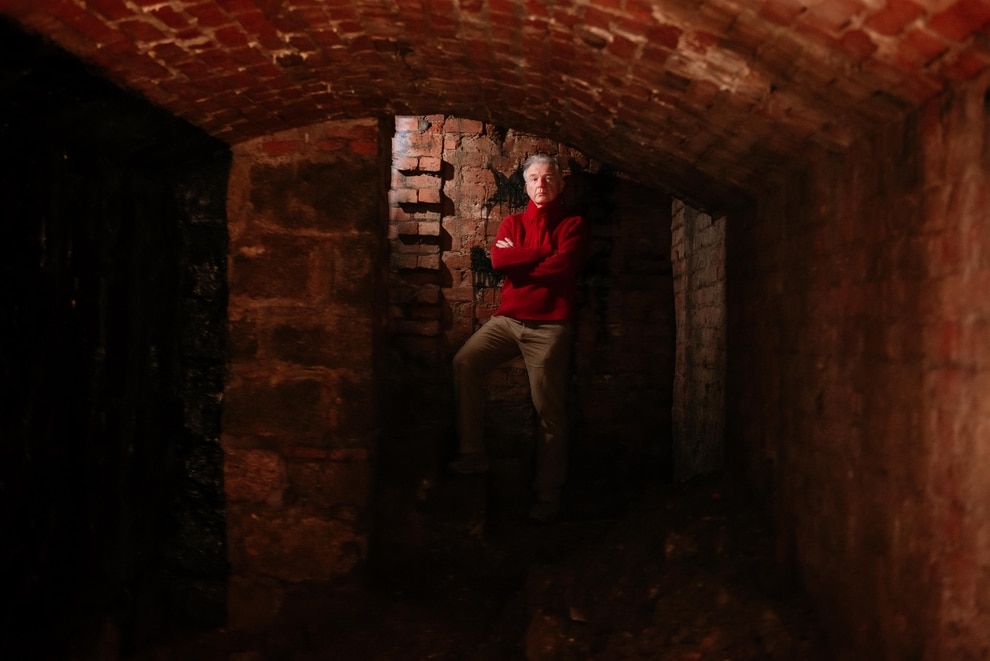 Alan Fox is fighting to preserve the cellar. 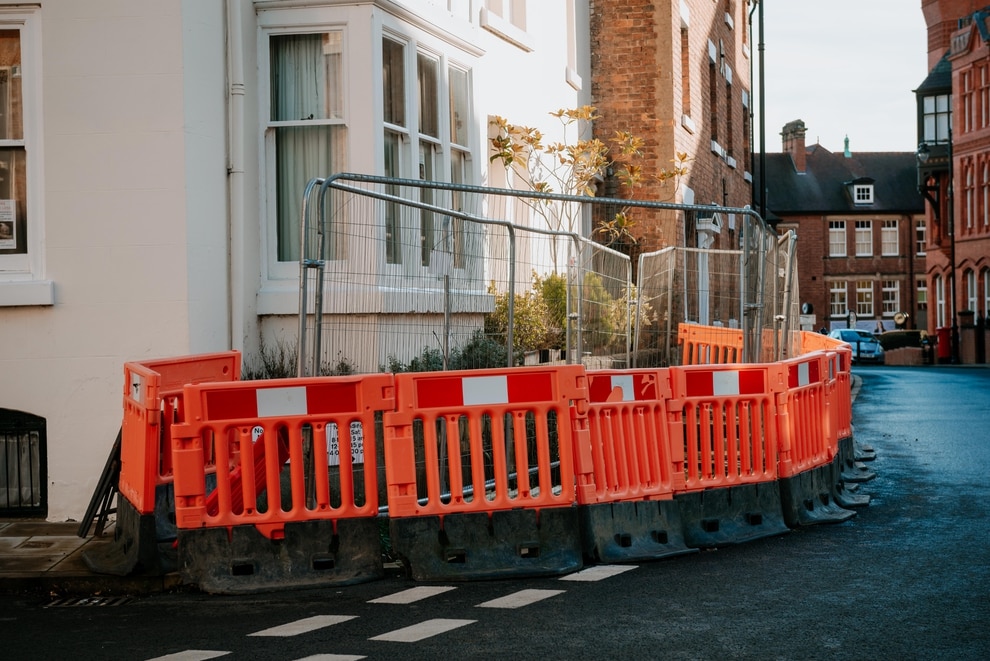 The cellar lies under the corner of Murivance and St John's Hill, and the site has been cordoned off since it was discovered by roadworkers. 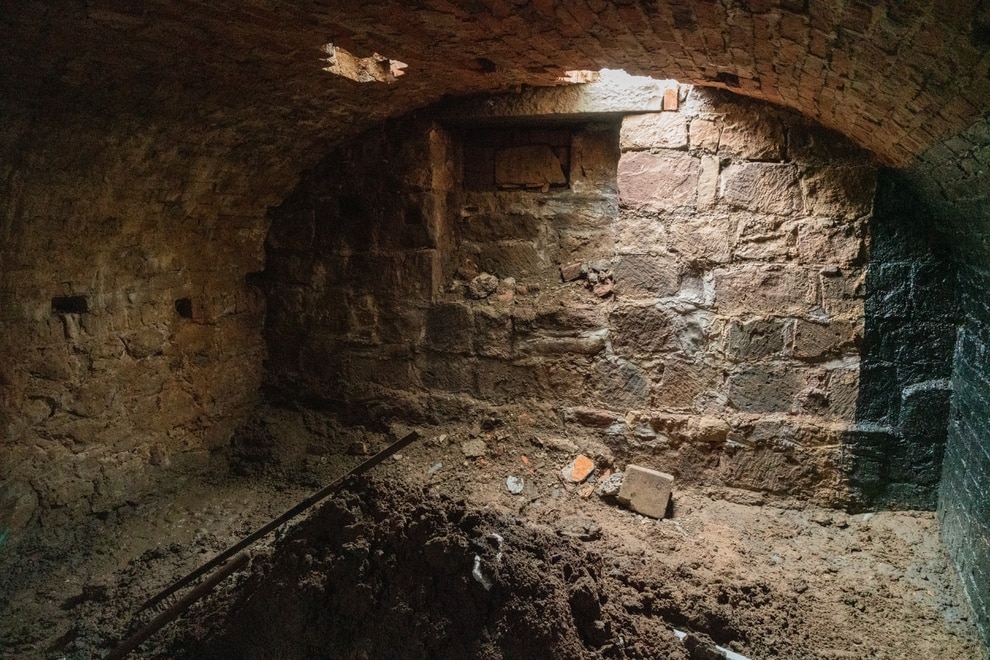 The medieval gate forms the back wall of the callar.

Calls have been made for conservation work to be carried out to an historic cellar rediscovered by workmen in October 2018 – but Shropshire Council instead plans to fill it with concrete.

A new report by a leading archaeologist and historian has added weight to claims that the cellar wall was originally part of a medieval gateway through Shrewsbury’s defensive walls, built during the 12th and 13th centuries.

The cellar lies under the corner of Murivance and St John’s Hill, adjacent to the home of Alan Fox.

“We knew a cellar was there but it had been blocked off and inaccessible for decades,” said Mr Fox.

“Now we know it’s almost certainly an important part of the town’s heritage, but Shropshire Council is proposing to destroy it rather than preserve it.”

The underground structure was re-discovered by workmen carrying out road and pavement improvements in October 2018.

“They were using a jackhammer to dig out bollards embedded in the pavement,” said Mr Fox. "They finally succeeded in removing the bollards but left two large holes in the cellar roof which revealed the history beneath.”

Shropshire Council’s Archaeological Service carried out an inspection by looking through the holes and concluded in its report to the council that “it may just represent the remains of the inner face of the town wall".

Mr Fox said he was horrified when, despite the report, the council proposed filling the cellar with concrete.

This plan has now been confirmed in an email from the council’s highways chief, Steve Brown, which states: “The council remains willing to proceed with its preferred option of infill of the void with aerated concrete fill as was discussed and approved by our natural and historic environment manager, Dr Andy Wigley.

“Dr Andy Wigley has considered the basement fully and supports the council’s preferred option to ensure safety of the highway. This solution still remains available at the full cost to the council.”

But during a fresh inspection, archaeologist and historian Dr Nigel Baker made the discovery that one of the cellar walls could be the side of the medieval Quarry Gate.

The gateway, also known as Wheeler’s Gate, would have been a main access into the medieval town centre.

In his report Dr Baker states: “If this is the case, it’s quite a rare exposure for Shrewsbury in that, offhand, I know of only one excavated gate at the end of the medieval Welsh Bridge, an observation of part of another on Castle Gates and, of course, the surviving gate at the bottom of St Mary’s Water Lane.

“It would be extremely sad, not to say brutal, in these circumstances to simply pump the cellar full of concrete.”

Dr Baker’s report has been sent to the national Historic Environment Record and recommends the cellar be both visible and accessible for tourist purposes.

An alternative plan has been proposed to see the cellar spared from concrete, but the cost of any works and ongoing maintenance would fall to Mr Fox.

A structural engineer, employed by Mr Fox, has assessed the structure and recommended a scheme of repairs which will not interfere with the historically significant cellar interior. The structural engineer concluded that, once repaired, the cellar would be strong enough to take the weight of traffic.

Both Shrewsbury Civic Society and Shrewsbury Town Centre Residents’ Association are supporting Mr Fox’s calls for the cellar to be conserved.

Association secretary Robin Gough said: “We must protect our past. We know there are many competing priorities but this is a part of history that could be lost to the town and to future generations forever."

Residents are hoping the repairs could use a reinforced transparent plastic, similar to that used in viewing platforms, so the structure could be seen by the public now and in the future.