About 400 people armed with banners and placards protested in Shrewsbury in response to Boris Johnson’s move to suspend parliament. 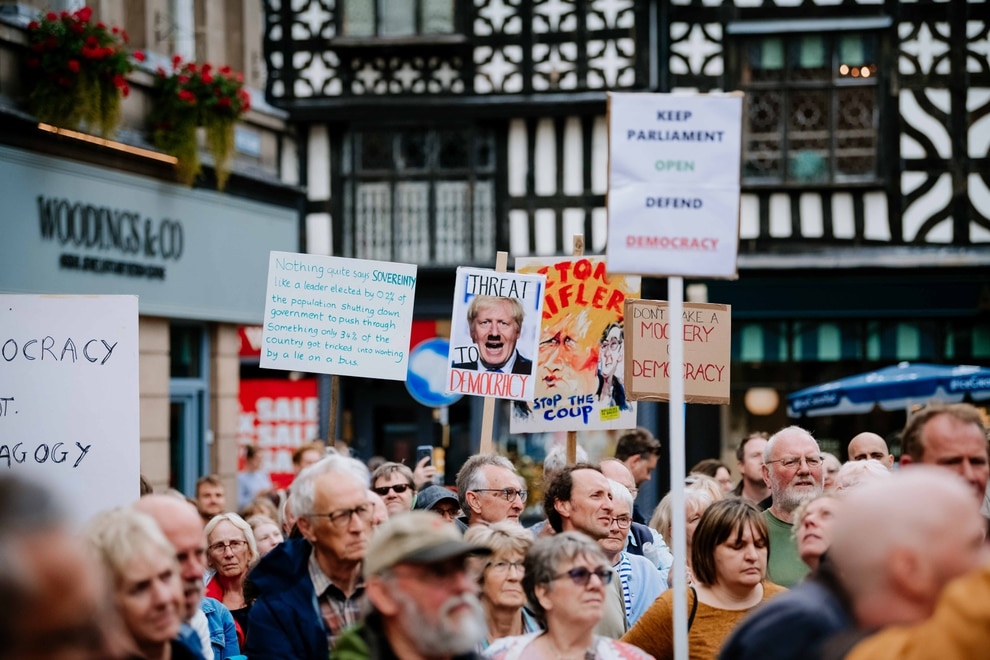 Hundreds of campaigners showed their support at the protest 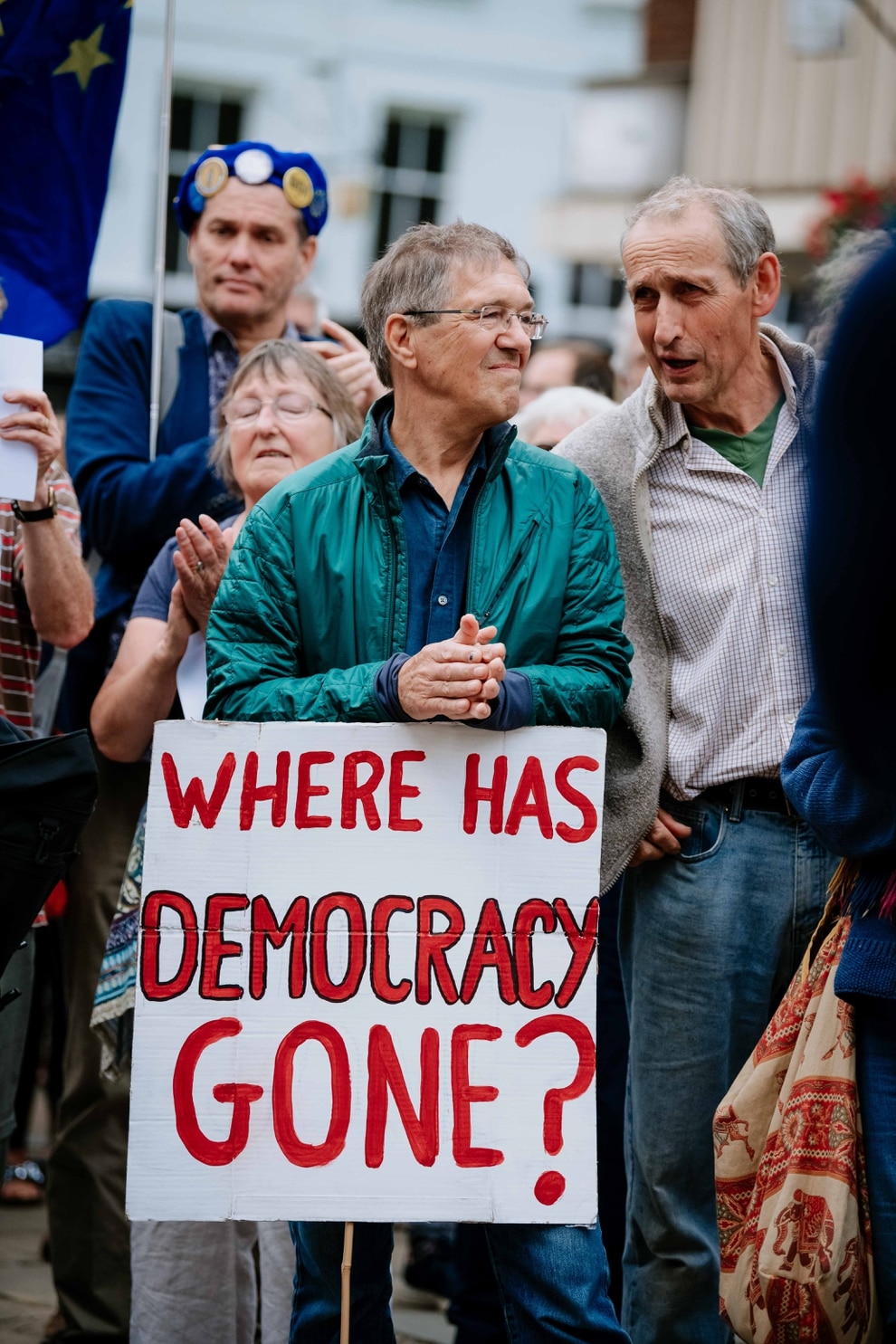 There was an array of different banners, placards and flags being waved in The Square 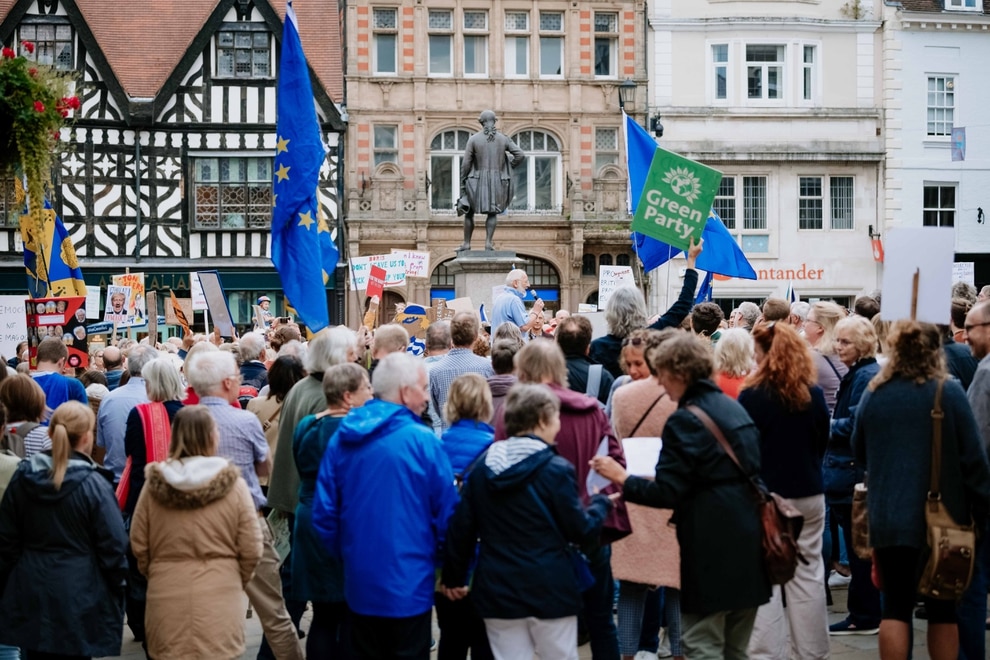 About 400 people turned out to support the protest 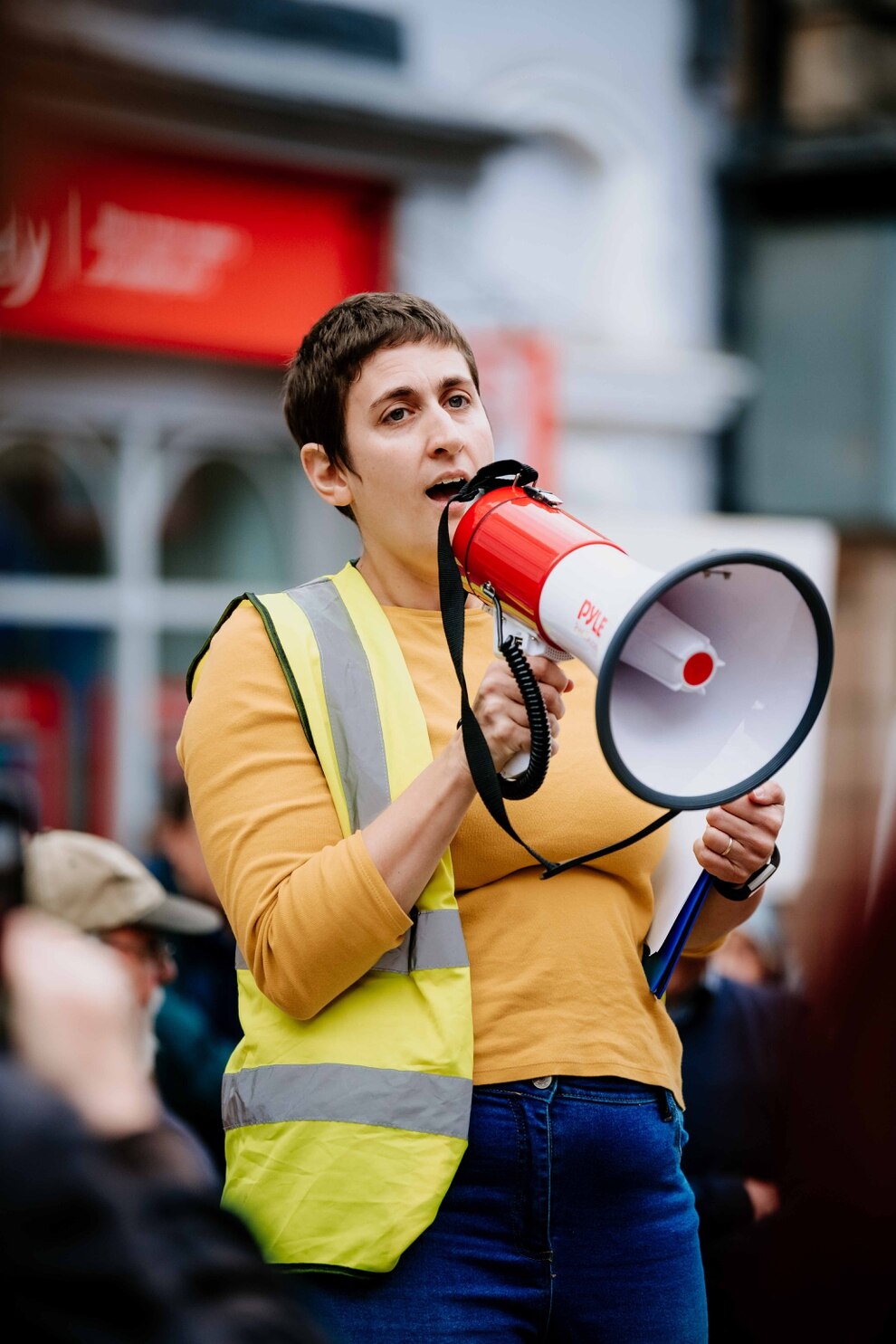 Organiser Laura Hoskison gave a passionate speech to the demonstrators 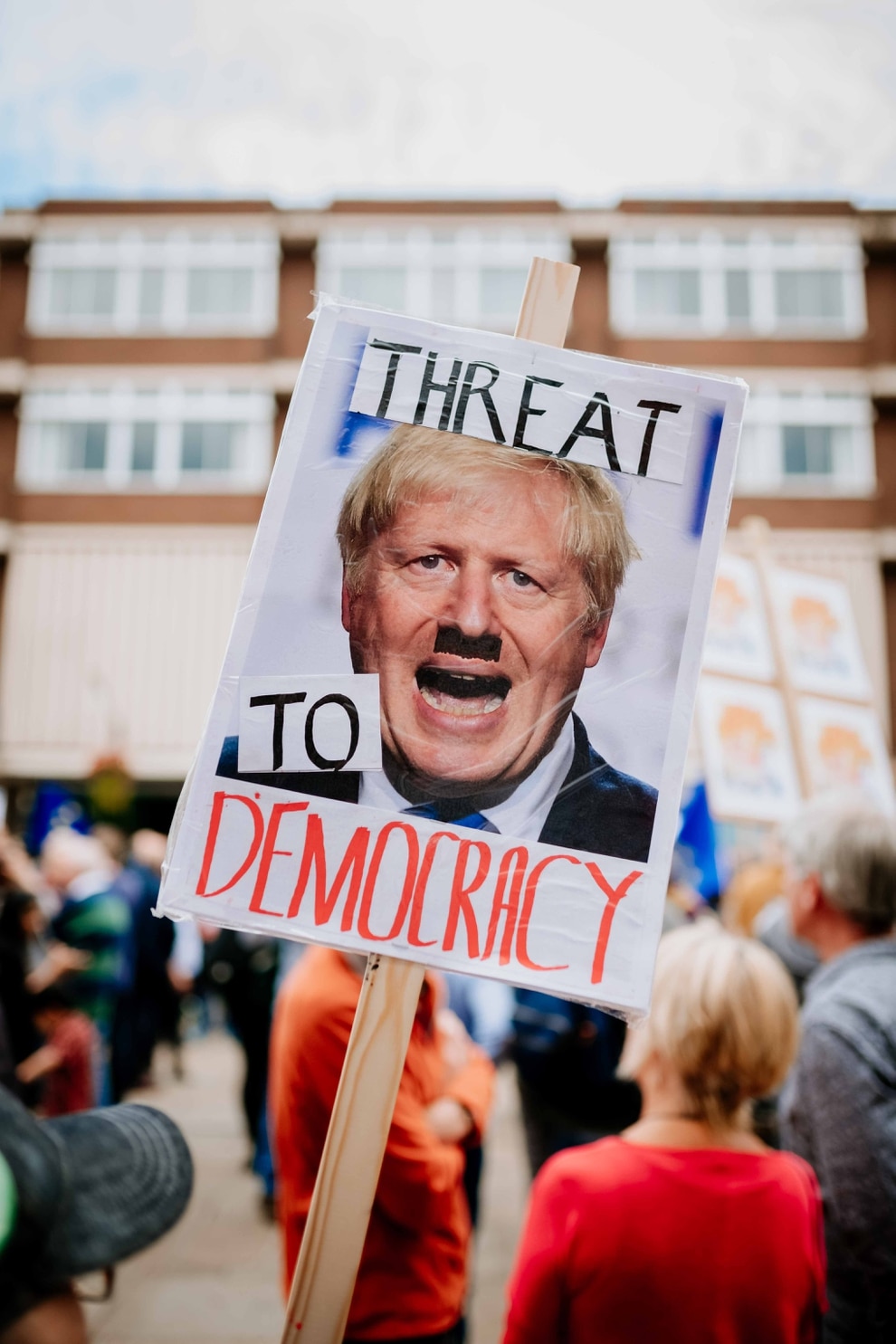 One of the many homemade placards at the protest People of all ages joined in to make their feelings known

Chants of 'Stop the coup' rang out around The Square on Friday evening and passionate speeches were made by protest organiser Laura Hoskison, local councillors and campaigners.

The prorogation has caused major controversy with critics saying it would stop MPs being able to play their democratic part in the Brexit process in the run-up to the planned exit date of October 31.

Ken Worthing, of Shrewsbury, who created a placard saying 'Defend democracy, resist the parliament shutdown', said it is important that the British public protest or face an end to democracy.

"Boris Johnson has not been elected by the public and he is making serious decisions like this," he added.

"I think it's disgusting. We should have a general election as soon as possible and let the country speak.

"This could be the end of everything democratic if we won't do protests like this."

Councillor Julian Green said it was encouraging to see so many people turn out for the protest and added that there is similar events planned across the UK, including Ludlow, Nantwich and Chester.

"There is a very lively campaigning group in Shrewsbury which is wonderful," he said.

"My personal feeling is that the suspension is a really, really dangerous step away from our democracy.

"Boris Johnson has been accountable to parliament for all of about 24 hours and is already abolishing it for five more weeks. He is trying to undermine parliament."

Bernie Bentick, of Shrewsbury, added: "I think the current conservative government is behaving unconstitutionally. I think we're observing the death throes of a mortally wounded beast. Unfortunately, like all beasts in that condition, it behaves erratically and can cause serious damage.

"Protests like this are important for democracy. The last time we saw scenes like this was in the 30s with the rise of fascist dictators."

Ellie Tarratt travelled from Bishop's Castle to take part in the protest with her placard depicting a cartoon Boris Johnson stealing democracy and economic stability from the UK.

She said: "I think it's important that we get across that it has got to the point now where this is more than just about Brexit. This is a protest about democracy."

A nationwide petition demanding Mr Johnson reverse his decision to suspend the Commons has garnered more than 1.5 million signatures.