A north Shropshire golf club is set to shrink from 18 holes to nine so a 120-pitch static caravan park can be built on half of its site.

The golf cub owner, Ralph Tomley, says the caravan park would be managed from the existing clubhouse where guests would also use the restaurant and bar.

The club opened in 2003 and currently has a membership of around 375, down from around 600 when it first opened. With four other golf clubs less than 10 miles away, Mr Tomley says the loss of nine holes “is not going to cause a significant reduction in the provision of golfing facilities in the locality”.

A planning statement prepared by Mr Tomley in support of the application says: “It is intended that the operation of the holiday accommodation would be passed to a national operator, who would be best able to advertise and draw custom from all over the country.

“The number of units to be provided is shown on the layout plan provided with this application, and amount to around 120 caravans in total.

“This number has been determined by an assessment of the likely demand for such accommodation and the ability of the landscape to assimilate it.

“At present there is a rapidly growing demand for this sort of accommodation in areas which can provide a range of nearby leisure activities and easily accessible tourist attractions.

It is proposed to construct the holiday park in place of holes 10 to 18, leaving holes one to nine as they are.

The planning statement says: “The area proposed for development – the ‘back nine’ of the existing course – is, in large measure, screened from view from nearby highways and other public vantage points.

“There is, then, no reason why the proposed development should impact on the quality of the landscape of the area.

“That area is intended to be retained, after the proposed development, as a nine-hole golf course, and so there will be no change to the landscape character of that area.

“The clubhouse itself would continue to operate as the administrative centre for the reduced golf course and as a popular venue for weddings and functions, but would also become the administrative centre for the newly provided holiday accommodation, most of which would be let to holiday-makers for periods of one to four weeks at a time, and to provide laundry facilities.”

The application, which has so far attracted more than 20 letters of objection from members of the public, will be decided by Shropshire Council. 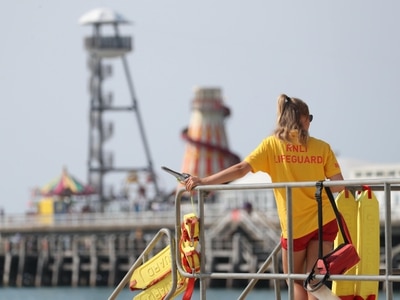