Mr Pink has taken to his new home like a duck to water. 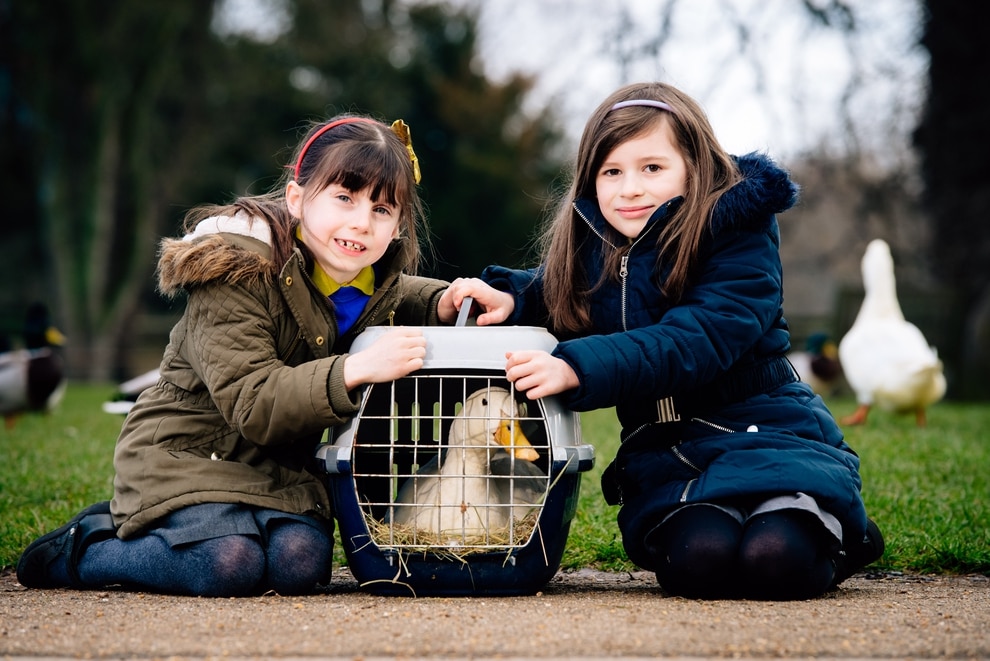 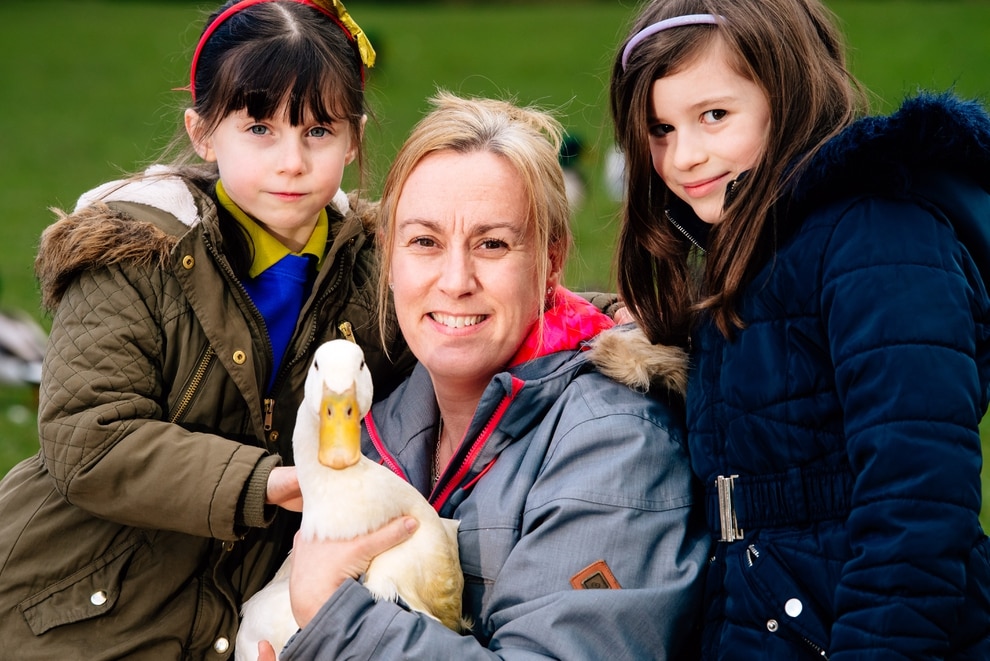 Children from Gobowen School have hatched a Peking Duck called Mr Pink and given him a new home at Whittington Castle. Pictured are Lili Salesbury 8, Mr Pink, Lucy Luke the head and Jessica Porlock 7. 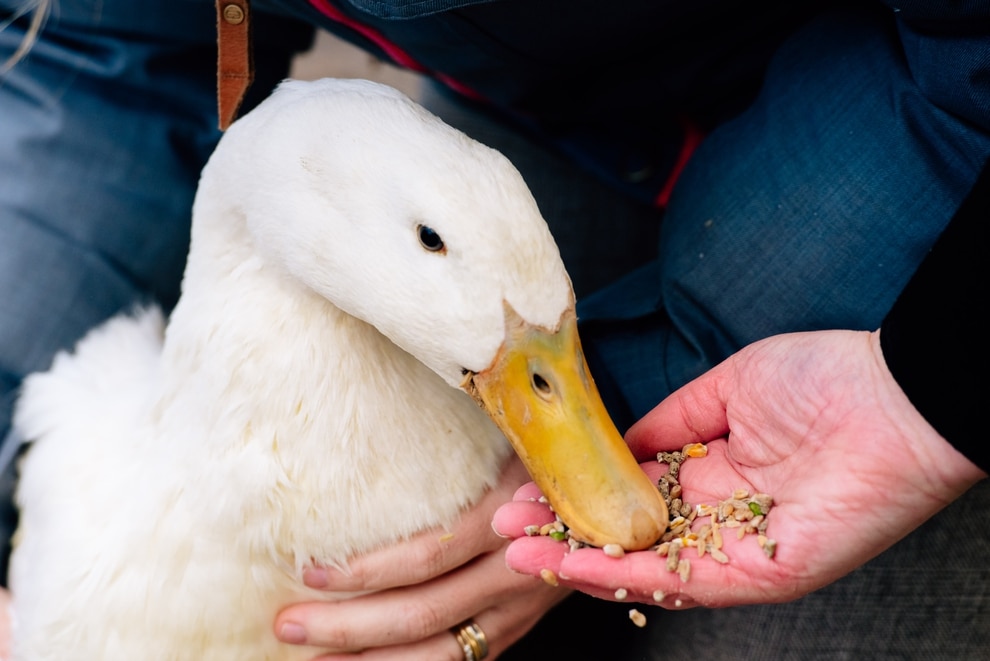 Mr Pink having a feed 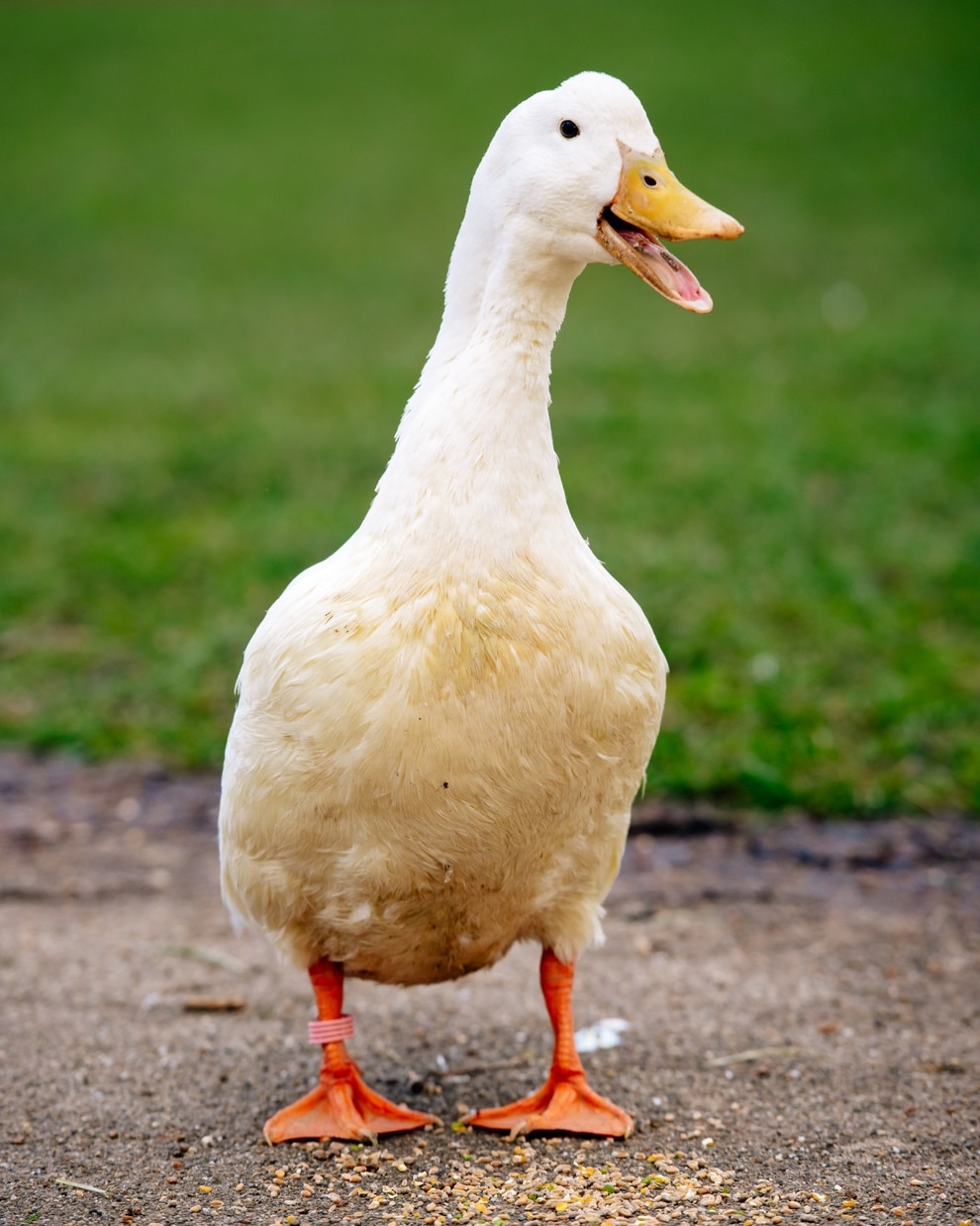 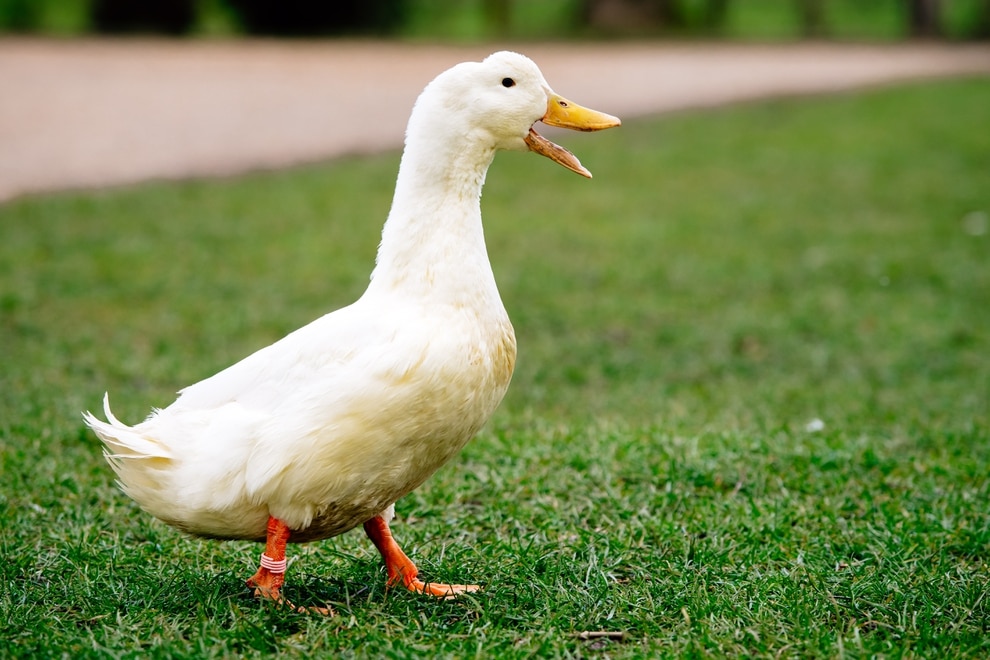 Mr Pink makes a beeline for the water Mr Pink breaks into a run to the moat 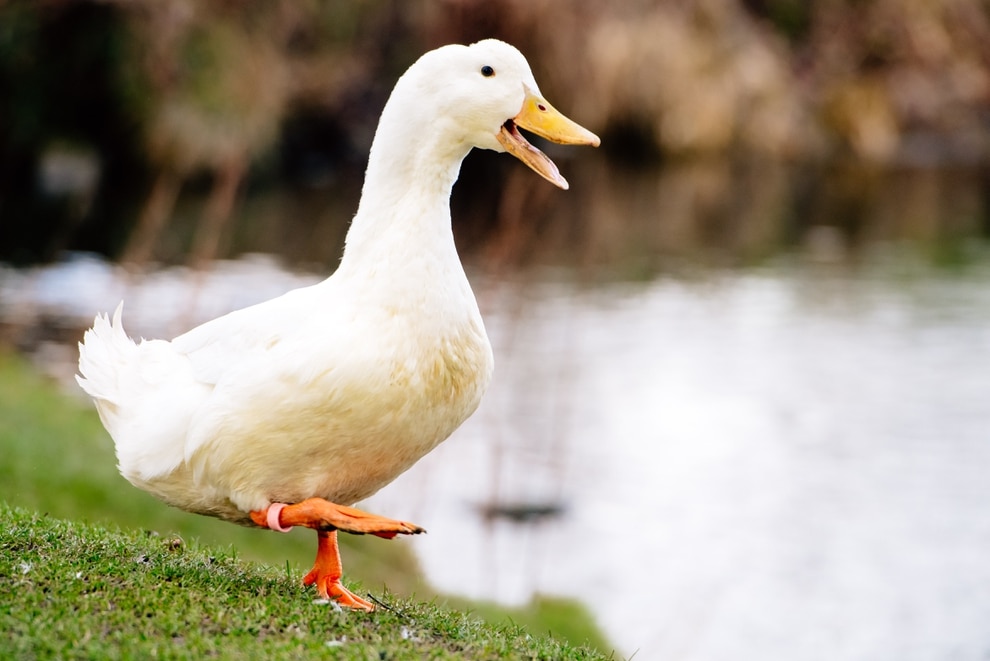 About to launch into the moat 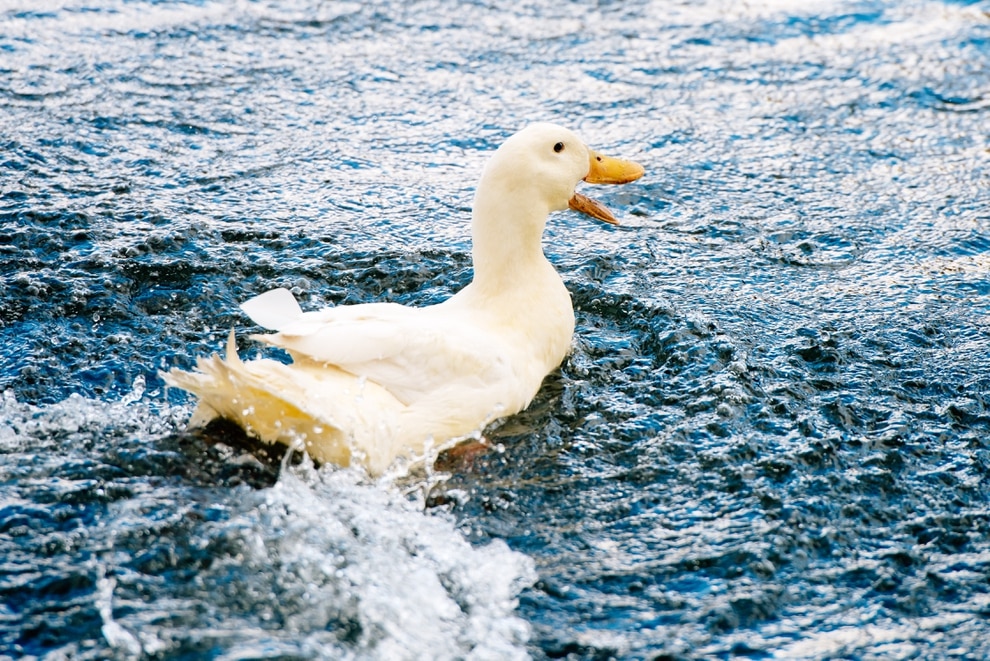 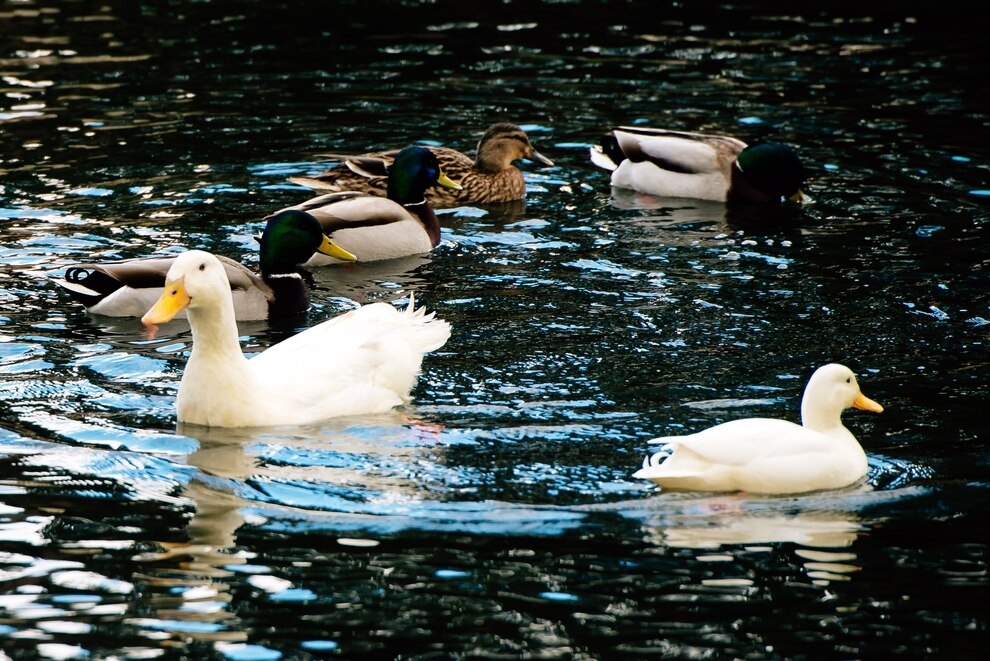 The Peking Duck was released in the grounds of Whittington Castle this week, and immediately headed for the moat - and to meet the other resident ducks and moorhens.

He was one of several that children at Gobowen Primary School hatched from eggs earlier this year.

They watched them grow from ducklings and enjoyed seeing them in the school grounds until they grew too big for their run.

The ducks were taken to a new home but one, Mr Pink, simply wasn't happy there.

Castle manager, Sue Ellis, said: "The Gobowen School ducks were rehomed but Mr Pink failed to settle. The school contacted us and we were only too pleased to offer him a new home.

"At the moment he really does seem to have taken to the moat well, like a duck to water."

The waterfowl on the moat has been busy building nests with spring just around the corner. A lone swan has also been visiting, bringing hope that it too will settle at the castle and maybe attract a mate.

Whittington had a pair of swans on the moat for many years who would hatch cygnets each year to the delight of visitors. But since Bill and Betty died others have not discover the stretch of water. 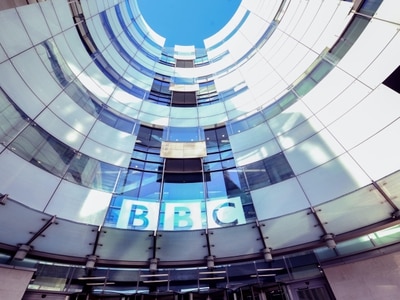