Dramatic pictures captured the moment a group of climbers were winched to safety from a cloud-covered peak in Snowdonia. 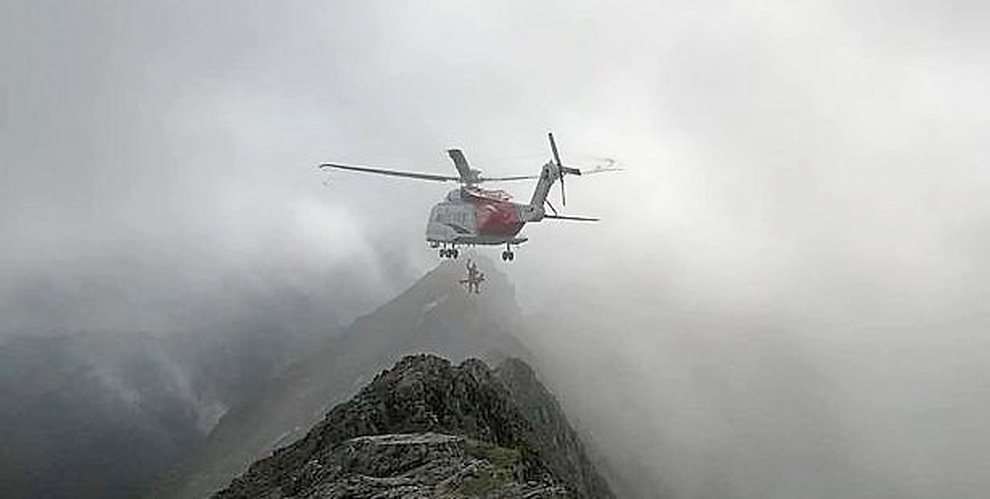 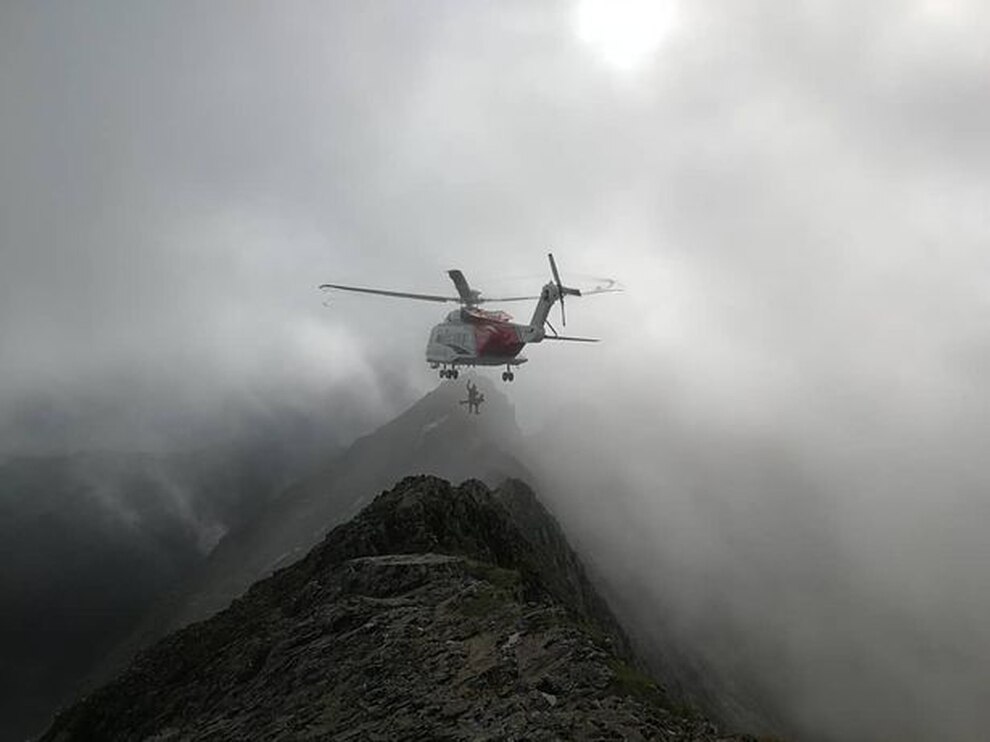 The coastguard helicopter and mountain rescue volunteers were called to Crib Goch after three climbers became stuck while out on the peak.

Llanberis Mountain Rescue Team were initially called to the scene, but were already dealing with another emergency elsewhere.

A member of Ogwen Valley Mountain Rescue Team came across the climbers and was able to assist while the coastguard helicopter winched them aboard before taking them back to lower ground.

Incredible images taken by Oliver Cain captured the moment one of the climbers was rescued at around 5.30pm on Sunday.

The rescue was one of number that have taken place in recent weeks across the national park, with holidaymakers descending on the attraction for staycation breaks.

Ogwen Valley Mountain Rescue Team were also dispatched to help with a climber who had become stuck on Tryfan.