A terminally ill Shropshire man who wants to end his life has made one final plea get the laws on assisted dying changed. 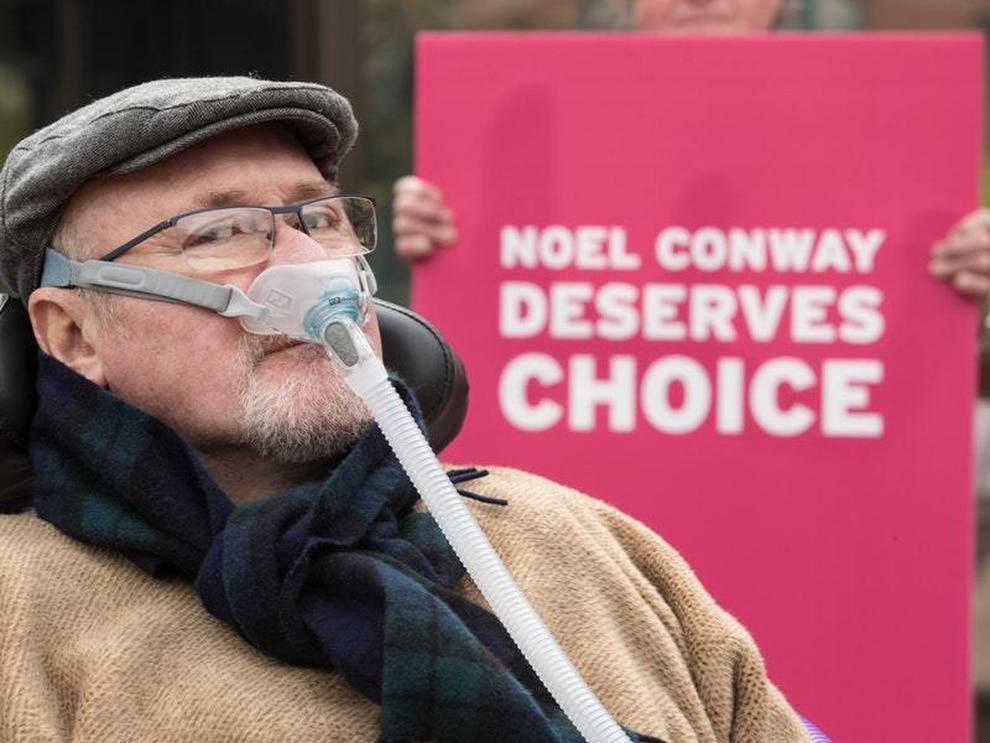 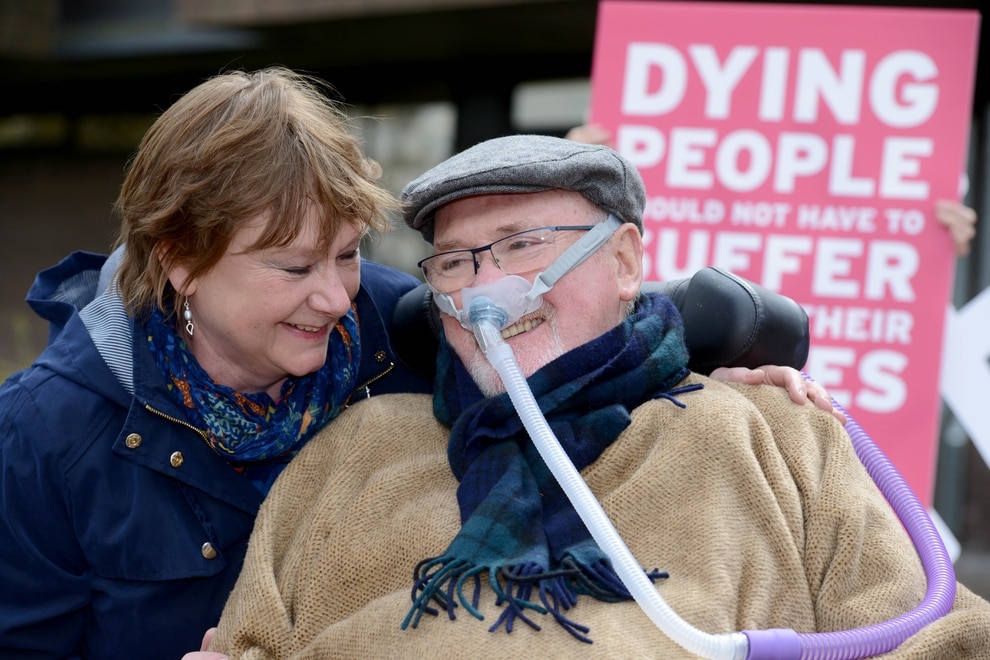 Noel Conway with his wife Carol

Noel Conway, who suffers from motor neurone disease, has written an open letter to Shrewsbury MP Daniel Kawczynski about his journey.

He is asking Mr Kawczynski to remember him when the issue of assisted dying next goes before Parliament.

Mr Kawczynski met Mr Conway and his wife Carol at their home near Shrewsbury last year.

In his letter Mr Conway said: "My answer, and plea to you to recognise, is that it is my body, my death and my choice. I know that whenever the issue of assisted dying comes before Parliament again, it is likely to be far too late for me.

"I sincerely hope that when it does, you remember my words and do the right thing."

Between 2003 and 2006, Labour peer Lord Joffe made four attempts to introduce bills that would have legalised assisted suicide and voluntary euthanasia - all were rejected by Parliament.

And In 2016 Conservative peer Lord Hayward re-introduced the Assisted Dying Bill into the Lords but the bill did not get past the first reading.

Mr Conway was diagnosed with the disease in 2014 and has made numerous attempts in the courts to legalise assisted dying for terminally ill people.

But last year, the Supreme Court rejected his final appeal.

He said: "At the moment, I am not ready to die. I am enjoying time with my family and friends, and am busy writing my memoir and a collection of short stories via voice recognition software. But when my final months approach, I will be faced with the same grim choices I had when I first brought my case."

The 68-year-old says his only option is to remove his ventilator and suffocate.

"I remain a member of Dignitas, but travelling there means dying before I am ready and putting my family at risk of prosecution for accompanying me," he added.

"The prospect of a slow death by suffocation by removing my ventilator, and the impact this would have on those around me, I find equally unconscionable. To me, this is not meaningful choice. It is merely a decision between one form of suffering over another.

"All I ask for is access to safe and appropriate life-ending medication, which I will take myself. The final act will be mine and mine alone."

Respect the rights of people dying

"You may be aware I have recently been refused a hearing at the Supreme Court regarding my claim the current law, which bans assisted dying, breaches my human rights.

It was always going to have to be an issue for Parliament to settle, even if the courts agreed with my claim.

Much has been written on both sides of the argument. I write, however, from a unique position of someone who is terminally ill and living the argument. In 2014, I was diagnosed with motor neurone disease, an incurable illness that robs people of their ability to move, breathe and eventually live. I simply want the right to die on my own terms when the time comes, but the current law denies me this. I am saddened by the reluctance of the Supreme Court to hear my case in full. Many throughout the country have written to me, or contacted me via social media, to express their opinion indicating they are fully behind the call for a change in the law.

I am particularly disappointed the old threadbare arguments in opposition have continued to be supported by the courts. I find it distressing the ‘respect for the sanctity of life’ principle is used to justify the continued suffering of thousands of people who are in the terminal stages of illnesses. In my case, I face the prospect of ‘locked in syndrome’.

I’m told I should not worry because once I remove my ventilator, death will be quick and suffering slight because I will be sedated. However, no-one can tell me what the experience is really like nor how long it will last - minutes, hours or even days? This will have a huge effect on my loved ones, who will not know how long I have got and what I am experiencing. If I had the choice of assisted dying, I would know exactly what would happen and when I would die. I would defy anyone to say they would prefer their final stage of life to be one of suffering over a quick, humane death.

There is now widespread recognition the current law is broken and needs amending. On the one hand, there is the blanket ban which denies me a dignified death through requesting medication. On the other, it is now perfectly lawful for someone who is in a permanent vegetative state, kept alive only by artificial means, to have those withdrawn without the oversight of the courts. People in these cases cannot make the decision for themselves, whilst I can because I have been assessed and found to be of sound mind.

Furthermore, removing life support requires the active cooperation of medical professionals. All I ask for is the final act will be mine and mine alone. Another argument trotted out for the denial of my human rights, which the courts have now recognised are infringed upon by the law, is that this is the only way to protect the ‘weak and vulnerable’. One has to say that here we are not talking about people with dementia or lack of mental faculties, or people with a non-terminal illness. The model of the law change my legal team proposed specifically excluded such cases. So, the conclusion must be that these are people just like me who can make their own minds up. They would have a choice of allowing nature to take its course or opt for an assisted death. The proposed legislation would require two doctors and a High Court judge to determine whether they were subject to undue influence. Opponents claim the very existence of this choice is an undue influence and therefore must be rejected. An alternative view is to see this as a complete denial of an individual’s right to determine their own decisions.

This is the nub of the matter: respect for personal rights of dying people versus the imposition of traditional values and the judgements of professional organisations.

At the moment, I am not ready to die. I am enjoying time with my family and friends, and am busy writing my memoir and a collection of short stories via voice recognition software. But when my final months approach, I will be faced with the same grim choices I had when I first brought my case. I remain a member of Dignitas, but travelling there means dying before I am ready and putting my family at risk of prosecution for accompanying me. The prospect of a slow death and the impact on those around me, I find equally unconscionable.