Far from home, the Nearwell boys needed to be both independent and smart. 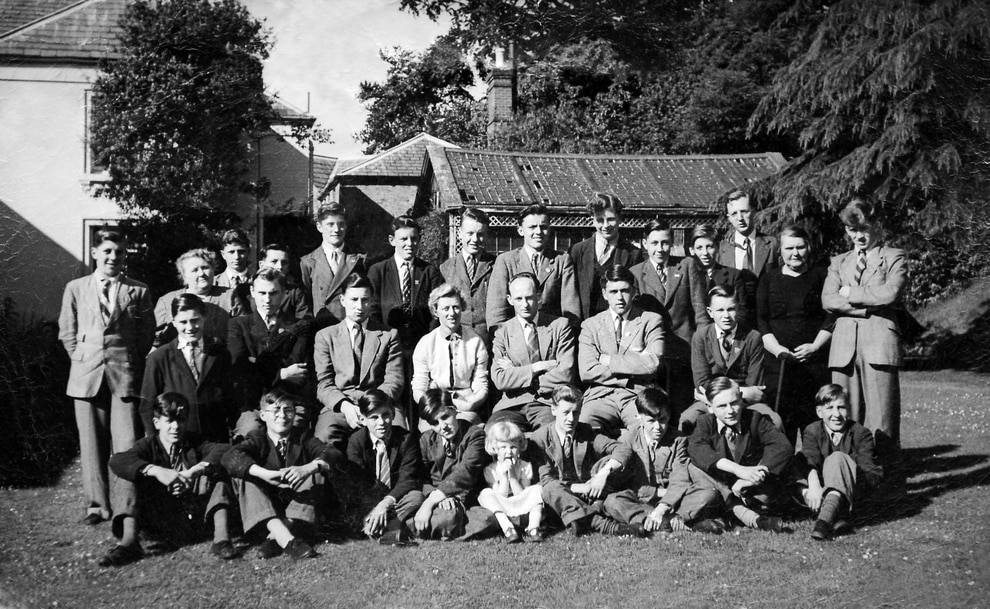 These smartly dressed teenagers outside Nearwell in the early 1950s are, from left, Eddie Downes, Dennis Hirons, Hugh Lewis, and Peter Ramsay. 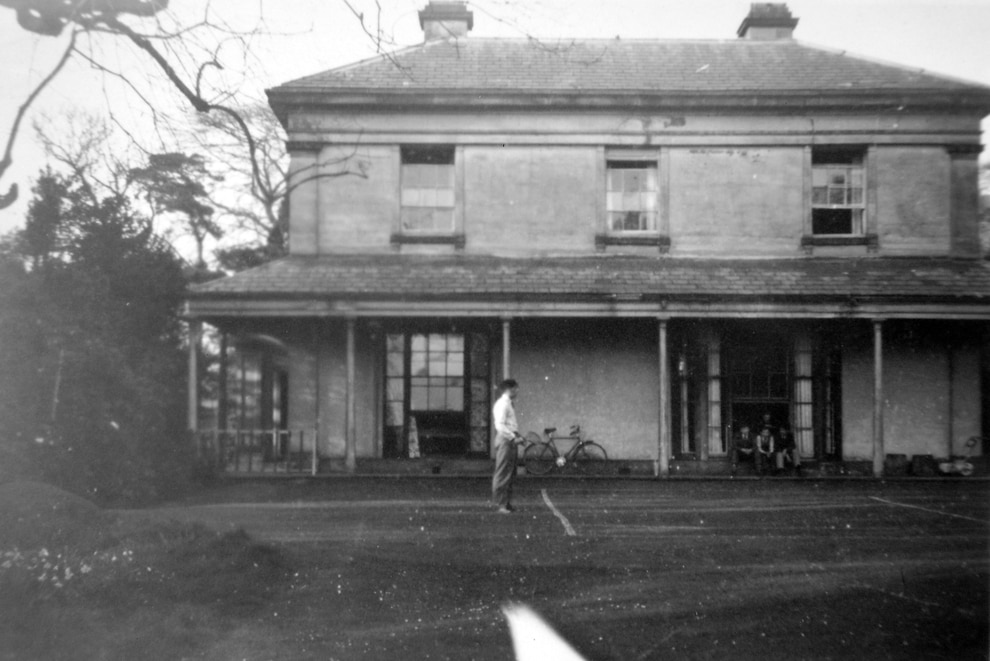 Nearwell was a hostel for boys attending Shrewsbury Technical College. 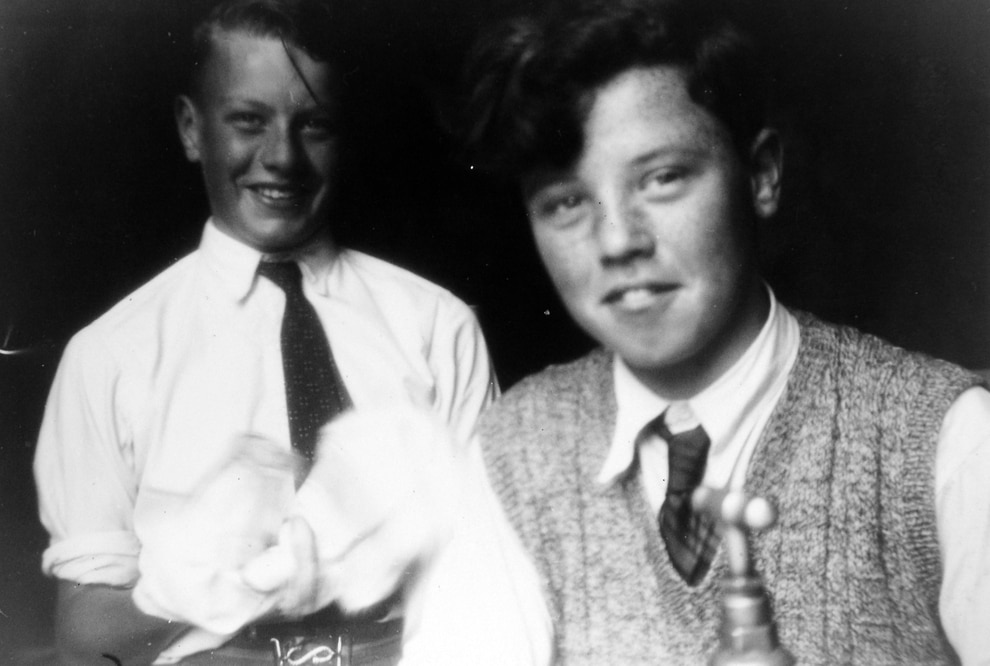 The youngsters were given tasks to do on a rota. Here Richard Jones and another boy, thought to be Ginger Westwood, are doing the washing up.

For years Nearwell, a grand house on the outskirts of Shrewsbury, was used as a hostel for boys studying at Shrewsbury Technical College.

Then in the early 1960s the building was demolished to make way for the new Shirehall.

One of the youngsters was Eddie Downes, who had barely turned 14 when he arrived in October 1949 from the hamlet of Catstree, near Bridgnorth.

"The hostel had about 40 students from different parts of the county. There was another hostel for girl students, called The Elms," said Eddie, who was at the college for four years and was to become an architect.

He now lives in Rhos-on-Sea, North Wales, and his attempts to track down some of his Nearwell contemporaries has borne some fruit.

Richard Jones, of Cleestanton, near Ludlow, says: "I went to the same college and was also boarded at Nearwell.

"I was studying agriculture, in Ag 1, as they used to call it. They passed me out with a distinction, whether that counts for much. I left at 15 and my dad had me working on the farm straight away."

Mr Jones has a picture of all the students at Nearwell, although Eddie isn't on it, so it may be from after he left.

When we contacted Eddie, he did indeed remember Mr Jones.

"I have a picture of him washing up at the hostel. We had a rota system. We did a week's washing up, waiting on in the dining room, and so on," said Eddie.

Another of Eddie's pictures taken in the grounds of Nearwell shows a boat the boys made.

"Peter Ramsay, Hugh Lewis and Barry Marshall paddled their way down the Severn from Shrewsbury to Worcester in it."

There is too a photo of Eddie and three pals, all smartly dressed in suits and ties, outside the building.

"I'm on the left, and next to me is Dennis Hirons, who went to the same school as me, Worfield School, and lived in Worfield parish. He died last year.

"Then there is Hugh Lewis, who lived in a farm by the Long Mynd. He used to tow gliders back to the top with his father's tractor when they landed after losing height.

"And then fourth from left is Peter Ramsay, from Newport."

According to information on the internet, Nearwell was one time home of Bishop Walsham How, and was run by a Mr and Mrs Spurr, and then from 1951 to 1956 by John and Eileen Jones, with Mr Jones teaching at the technical college.

Among those who followed were a Mr and Mrs Sadler, and a Mr and Mrs Yeomans. Mr Yeomans taught technical drawing at the college.

There followed Mr and Mrs Eddie Nicholls, who went on holiday to Scotland in (it is said) August 1963 and returned to find that Nearwell had been demolished while they were away, although all their belongings were safely stored.

After demolition the hostel moved to Sutton Lodge in Betton Street, and was closed in 1966.