How we helped one young farmer through the bad times

A cold wet day again, the water lying in the ruts across the field, the wind blowing the rain through the open shed door.

The young man stood there, blankly looking out, the cattle needed moving to another field, the flood on the yard needed attention but he couldn’t move. He and his wife had worked hard to build up their business, they were now milking their Jersey herd with a bonus for milk quality.

Life was looking brighter, but the news that his young son was dangerously ill was terrible. How could they cope? They had little savings to pay for travel to the hospital, who could milk their cows, and he knew he wasn’t supporting his wife. He had taken envelopes from the postman, he was too frightened to open them. He reached for the bottle which had been a companion over the last few months.

This young man was fortunate that his farming neighbour was becoming concerned, and had contacted the Royal Agricultural Benevolent Institution to ask if there was any help they could give.

After a phone call to the RABI Freephone Helpline 0808 281 9490, with the reassurance that nothing would be divulged, a trained welfare officer visited. The young man was able to talk freely of all his anxieties, how he felt he was letting his family down, he had lost touch with friends as he was working long hours, and final sadness of seeing his little son so ill.

The support of having someone who cared, arranging a temporary relief worker paid for by RABI so he could spend time in the hospital was a relief. The little son is now home, his young father knows the financial and caring support from RABI has enabled him to look forward.

It is easy to fall into a spiral where one thing after another goes wrong. This is when RABI can help people to get back to a positive future.

The Shropshire committee is grateful to all individuals, groups and businesses who generously raise funds and awareness. Recently Clun Valley YFC donated £522 and Ludlow YFC £832, and four students from Harper Adams University completed the Three Peaks Challenge with four minutes to spare, raising £1,577, thank you to all.

RABI Christmas cards will be available in St Mary's Church, Shrewsbury, from October 20. The committee is planning the Christmas Draw Supper on December 8 at Atcham Memorial Hall,

If you would like to be involved please contact RABI Regional Manager Kate Jones on 07876 492839 or email kate.jones@rabi.org.uk

Christine Downes is a committee member of Shropshire RABI 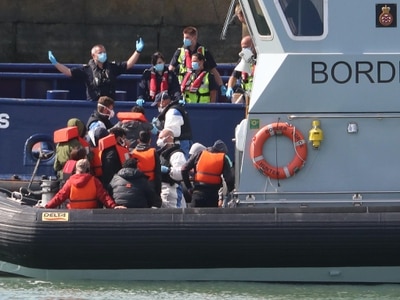