A Shropshire MP has called for a tightening of the laws which protect hedgerows.

Mark Pritchard, MP for The Wrekin, asked Environment Secretary George Eustice to consider expanding the scope of the Hedgerow Regulations 1997.

The law places a protection order on hedgerows that are more than 30 years old, requiring landowners to obtain special permission before removing them.

Mr Pritchard asked that the scope of the law be extended to cover hedgerows that were less than 30 years old.

"Laws protecting mature and well-established hedgerows need to be updated and given added protection," he said.

"Hedgerows provide wildlife habitats as well as add to the beauty of many areas. Too many are left unprotected and too often destroyed."

She said that while there were local variations, more than 70 per cent of hedgerows in England and Wales were already covered by the protection,

"The regulations therefore play a valuable role in providing statutory protection for a large proportion of hedgerows in the countryside, with the risk of removal now extremely low compared with when the regulations came into effect," said Mrs Pow.

"We consider that the current level of statutory protection remains appropriate and have no plans to amend the regulations."

Hedgerows were in the news last year when more than 200,000 people signed a petition calling for a ban on the practice of using nets to stop birds nesting in them.

The move came after developer Pickstock Homes covered a hedgerow in Ludlow with nets, so that it would be able to remove it during the nesting season.

Similar netting also appeared on a site in Pontesbury, near Shrewsbury. 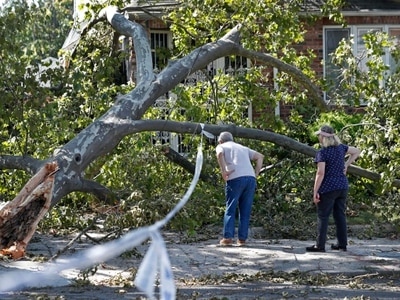